In the UK, the number of vegans quadrupled between 2014 and 2019, with a reported 600,000 Britons now consuming a plant-based diet. The market is said to be worth more than half-a-billion-pounds and leading supermarkets have jumped at the opportunity to offer a wider range of selection in their stores to cater to the change. In 2017, Tesco went one step further, putting American chef and founder of Wicked Healthy – Derek Sarno – in charge of making meat-free alternatives that appeal to those who would not normally eat vegan.

Last year, Gregg Wallace visited Mr Sarno during the BBC’s ‘Supermarket Secrets’ series to get an insight into what he had been working on.

Mr Wallace said: “One of the biggest new food trends became a mass movement thanks to social media – veganism – a trend that has come right out of the blue.

“A year ago, being a vegan wouldn’t have had mainstream appeal, today it’s everywhere.

“Whether it’s for ethical reasons, to save money, or simply to be healthier, swapping animal products for plants is a rocketing trend now worth almost £600million-a-year. 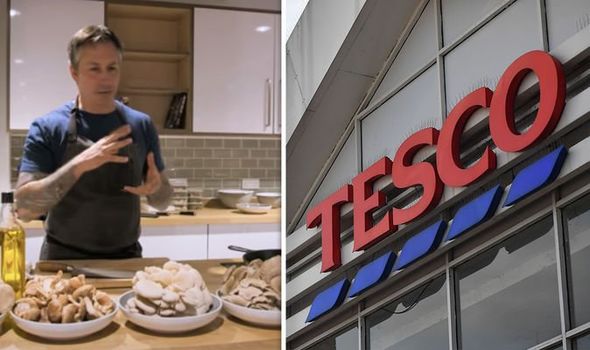 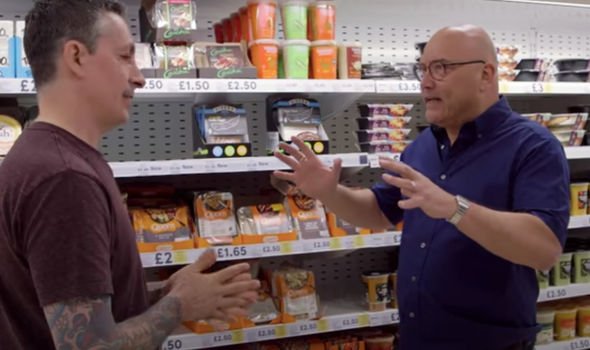 To try and boost vegan sales amongst even the meat-eaters, Derek is going after one of their favourite pieces

Mr Sarno explained how Tesco is looking to widen its market share in the vegan sector.

He said: “I helped convince Tesco they needed me because it’s not only a trend, but it’s here to stay and if we’re going to look to the future of food, we really need to incorporate more plants in our diets.

“Any reason to eat more veg is a good reason.” 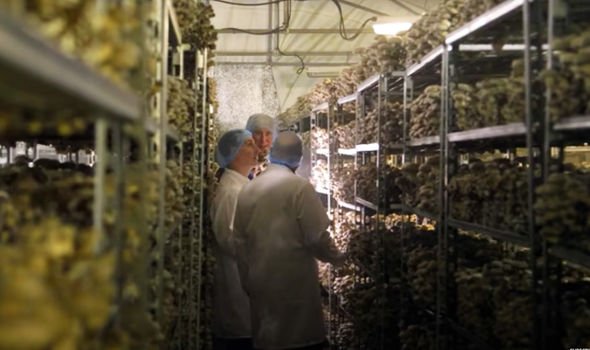 Mr Wallace then visited Mr Sarno’s company’s warehouse to take a look at one of the meals he was working on.

He added: “To try and boost vegan sales amongst even the meat-eaters, Derek is going after one of their favourite pieces, the grilled steak.

“But surely he can’t replicate the succulent meatiness of steak. Or can he?

“Derek believes there is one vegan ingredient that will satisfy meat-eaters more than any other.

“Hidden in the darkness of a huge damp warehouse near Liverpool, is Derek’s secret weapon – mushrooms. 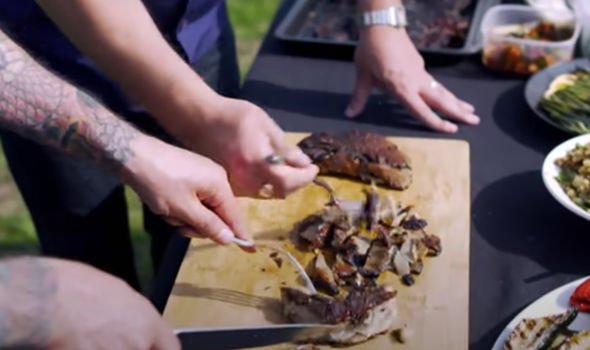 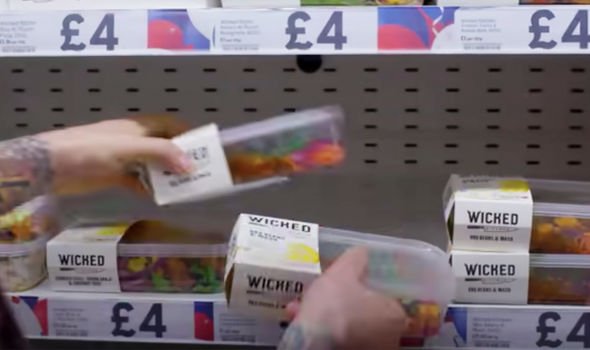 “Grown on hardwood logs that mimic their natural environment, these fleshy fungi are what Derek is pinning his hope on.”

Mr Sarno revealed how the mushrooms contained glutamate, a chemical that makes the taste and texture of his food similar to meat.

He added: “We’ve got 15,000 logs, I can’t find anything that’s all-natural that reminds me of meat more than mushrooms.

“These are the brown oyster mushrooms, they have the steak qualities that we’re looking for because the petals are going to be layered.

“So, they’re going to help create the marbling as you would have on a normal steak.”

Mr Wallace talked viewers through the cooking process, before trying some himself.

He continued: “By squashing a mushroom you can make it into a meaty texture, this isn’t cooking it, it’s changing the texture.

“It takes 10 minutes of constant pressure to transform the mushroom.

“To me right now, it doesn’t look like a steak, it looks like some ribs, this is the three stages though – unpressed, mid-pressed and impressed.