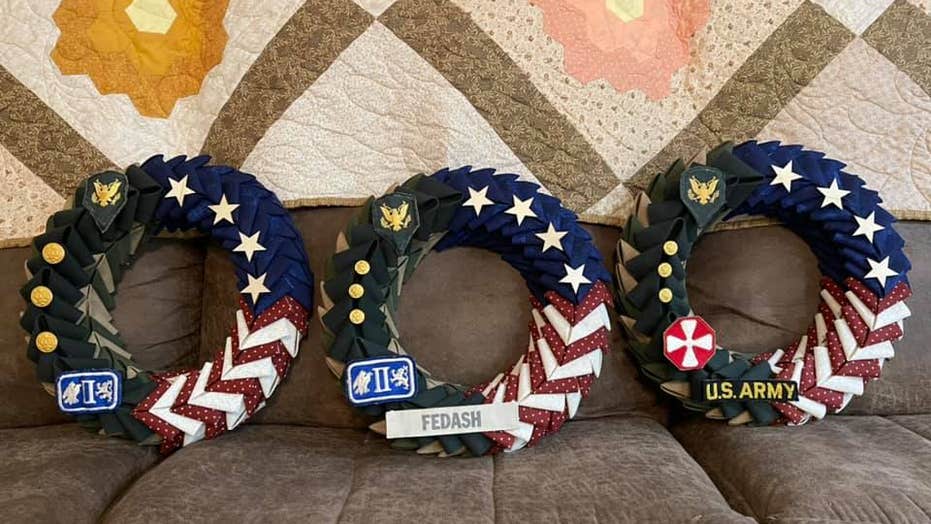 Staff Sgt. Nicole Pompei didn’t intend to start her own business this year, but after she turned her old Air Force uniform into a wreath, people immediately started asking her to make more.

“It just kind of blew up,” Pompei, told Fox News.

It all started in July when Pompei, a former Marine and current airman from San Antonio, Texas, had to switch her uniforms from airman battle uniforms, or ABUs, to the occupational camouflage pattern, or OCP.

After the switch, Pompei wanted to do something special with her ABUs and someone in a veterans’ Facebook group recommended making a wreath.

Pompei was visiting with her mom at the time, so they worked together to find a design that worked. Pompei posted a picture of the finished product in the same Facebook group to show everyone how it turned out.

Almost immediately, 20 people said they wanted her to make wreaths for them, too. 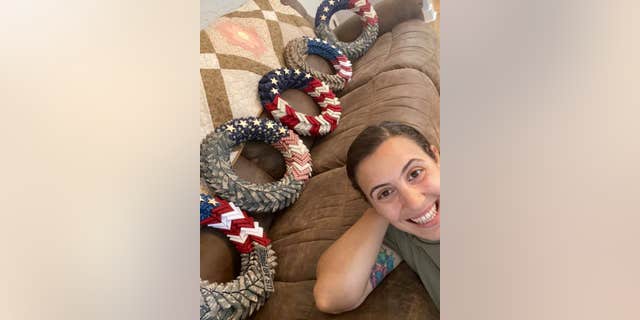 Staff Sergeant Nicole Pompei started making wreaths out of old military uniforms in July after she had to switch her Air Force uniform. (Courtesy of Wreaths by Nicole)

So Wreaths by Nicole was born.

Pompei says she has made about 200 wreaths since July, but business is picking up fast. After several local news outlets covered Wreaths by Nicole this week, Pompei has received another 90 orders since Sunday.

It takes a total of four hours to make one wreath from start to finish, Pompei said, and though she buys the fabrics and other material, she relies on donated military uniforms.

Of all the wreaths she’s made, Pompei says her favorites were ones she made for a friend’s cousin — using a uniform made 74 years ago. 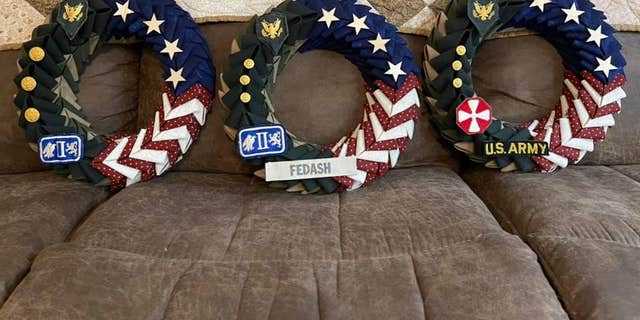 These wreaths were made from a uniform from 1946. (Courtesy of Wreaths by Nicole)

“He sent me these uniforms and literally on the back of one of the uniforms it said ‘Made in 1946,’” she said.

“When my customer sent me 3 uniforms dated from 1946 (this was the second time I've received uniforms that were almost 80 years old), I almost didn't have the heart to cut them,” she wrote. “I'm happy I did. Now they have a blended momento [sic] that they can hold with them for a lifetime.” 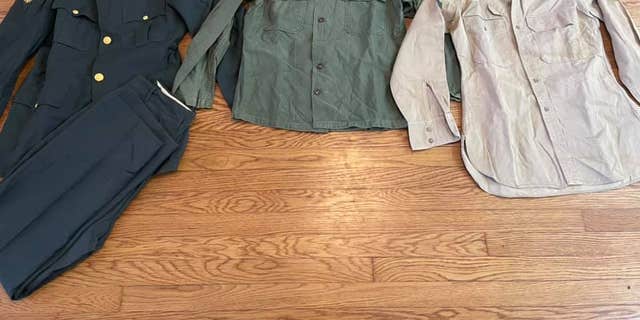 Pompei used this uniform from 1946 to make three wreaths. (Courtesy of Wreaths by Nicole)

Pompei also told Fox that she loved how they turned out.

“Not only was it like a cool, feel-good you know moment of I'm making one uniform into these three cool wreaths for him and his family, but I was really happy about the way they looked, too,” she said.

What means the most to Pompei, though, is hearing people’s stories and seeing their reactions to her work.

“Every wreath tells a story,” she said. “And whether it be the uniform behind it or the person behind it, I enjoy the fact that people … can almost confide in me.”