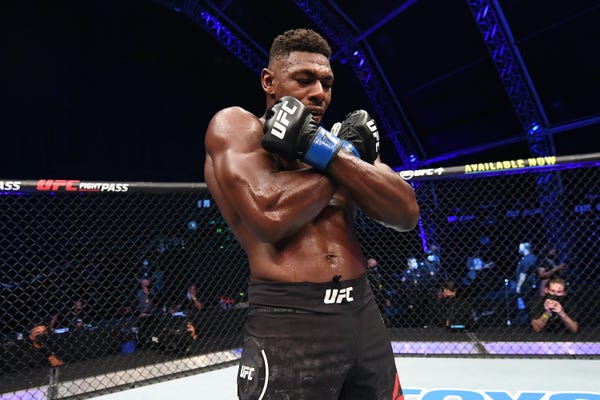 The 26-year-old American who hit the "most unbelievable" knockout in UFC history says he just wants to stay under-the-radar.

But the nature of that finish, an ultra-rare jump spinning back kick — one of only four knockouts of its kind in the UFC, has gone viral, racking up eight million views in a UFC clip posted only eight hours ago at the time of writing.

According to MMA Junkie, it has already broken a record for a UFC social media post's views.

It may be fair to assume that Buckley, now an overnight sensation, is no longer under-the-radar.

"It's still surreal right now," said Buckley to reporters at the post-fight media event inside the behind-closed-doors Flash Forum venue.

As per MMA Fighting, Buckley added that he was aware there may be an opening to land the rare knockout strike.

"I call it Wakanda style," he finished.

Considering the way he posed afterward, with his arms crossed like the iconic salute in the smash-hit Marvel Studios movie "Black Panther," it is hard to disagree.