It's over for Becca Kufrin and Garrett Yrigoyen, who met and fell in love on season 14 of The Bachelorette. "Their lifestyles don't mesh anymore," a source tells E! News. 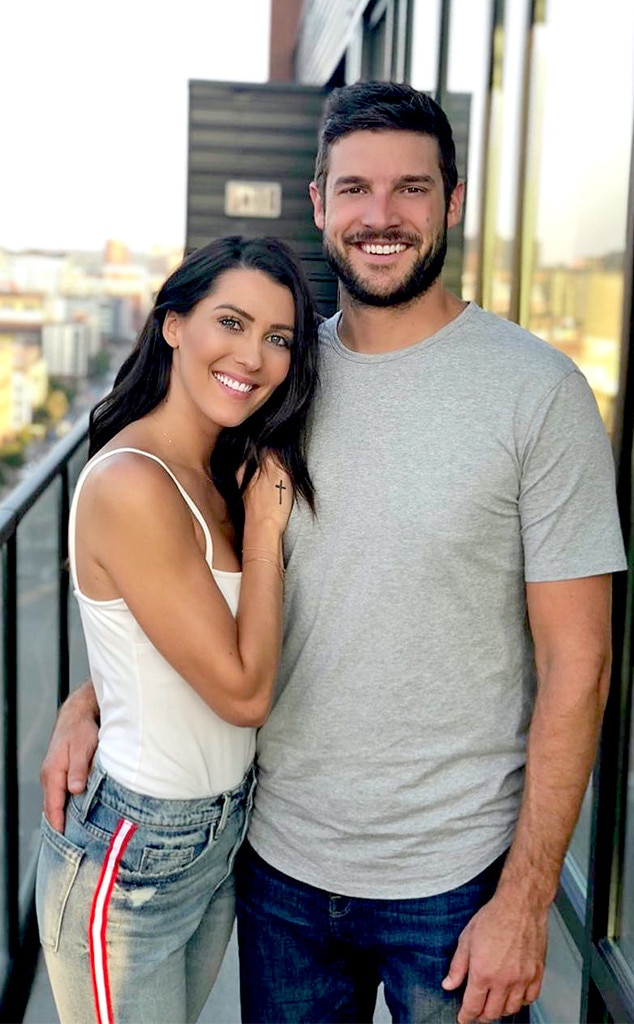 Becca Kufrin and Garrett Yrigoyen have pressed pause on their relationship.

Two years after falling in love on season 14 of The Bachelorette, a source tells E! News exclusively the couple's engagement is off. In recent weeks, the reality TV stars were the subject of split rumors after Becca revealed Garrett's social media support for the "Thin Blue Line," a pro-police slogan associated with the Blue Lives Matter movement, had caused a rift in their relationship.

That conflict is part of the reason why the source says Becca and Garrett are going their separate ways.

"Becca is still very upset with Garrett's comments and the controversy surrounding it," the insider says, adding, "Their lifestyles don't mesh anymore. Garrett wants different things and they came to a realization that they aren't compatible anymore."

The pair, who relocated to Carlsbad, Calif. last year, are "currently living separately." The source explains, "Garrett is doing a backpacking trip in the wilderness with his buddies and is taking time for himself. They are trying to keep it low-key because they are still working things out, but the relationship is definitely done."

Becca and Garrett did not respond to multiple requests for comment.

During a June episode of her Bachelor Happy Hour podcast with Rachel Lindsay, Becca said, "Garrett is my fiancé and I love him and to his core, I believe that he is a good person. I don't align with and I don't agree with his [social media post]. I don't think he meant it in a malicious way. I do think it was tone-deaf, and it was the wrong time and message and sentiment."

The Bachelorette's Becca Kufrin and Garrett Yrigoyen Break Up

However, in the following episode, where Becca also apologized to Rachel for the way she handled their conversation about race in America, she said their relationship had reached a turning point.

"For those who are curious about my relationship with Garrett at this point, all I can say right now is that I don't know," she shared at the time. "I can't give anything more than that. It's something that we are trying to work through and discuss and do work on at home at this time and that's where the work will remain and that's really the best I can give you at this point."

Looking back at her prior comments, the 30-year-old told Rachel, "When we recorded the podcast, it was also 18 hours after Garrett's social media post. I was dealing with trying to first wrap around my head that and also dealing with discord within my relationship and what it was causing between my family. In that moment, it felt like the reservoir in my brain had reached a maximum and as a human being, I couldn't process everything at once. I don't want this to be an excuse to justify my behavior but rather to give some context."

Bachelor Nation was first introduced to Becca when she competed on Arie Luyendyk Jr.'s season of The Bachelor in 2018. Though their love story initially ended with a proposal, Arie broke things off and reconciled with his runner-up, Lauren Burnham. (Arie and Lauren are now married with a baby girl.)

Becca was then chosen as the lead for the following season of The Bachelorette. She and Garrett had an instant connection, however viewers were quick to condemn the 31-year-old for having liked offensive Instagram posts. Garrett would publicly apologize for what he described as a "mindless double tap on Instagram," and later explained to E! News, "When I was liking things, it was going against what she stands for, and that made it really hard on us as a couple. We got through that together, and we're growing, we're progressing, and we're moving forward."

"At the end of the day, I know who he is to his core, he's a good, decent, standup guy," Becca also explained to us. "I never wanted his social media, those likes to define him."