Home » Lifestyle » The Big Mistake Everyone Makes When Thawing Meat

The Big Mistake Everyone Makes When Thawing Meat 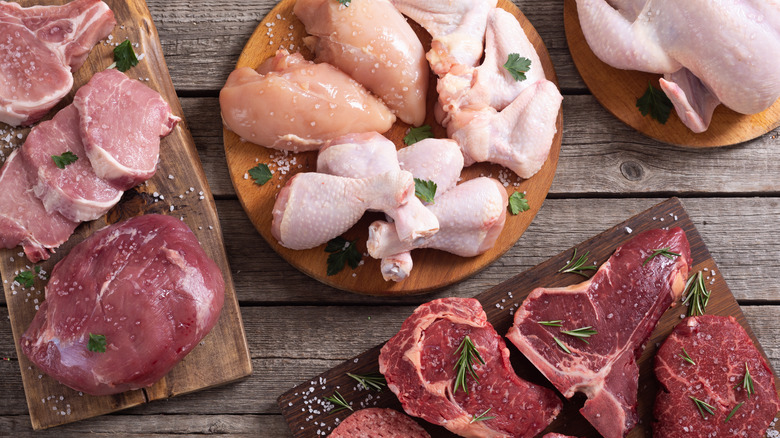 You know that feeling. You have mounds of meat and poultry in the freezer, but none of it is defrosted in time for dinner. You need to defrost the meat fast and may quickly opt for methods your parents once used, but in actuality, some methods aren’t safe. You may have thought of the on-the-counter method as a foolproof way to make sure what’s frozen in the morning is defrosted by evening, but you’d be making a huge mistake and risking your health. That’s the main reason you never want to leave meat sitting on the counter defrosting for the entire day (but we’ll get more into it later).

You may also think a quick way to defrost when you have an hour until cooking time is to run the meat under hot water. Both the counter method and the hot water method run the risk of placing food into what’s known as the danger zone, a time when food-borne bacteria may grow out of control. So what’s the best way to thaw out meat in time for dinner? We have all the answers you’re looking for. 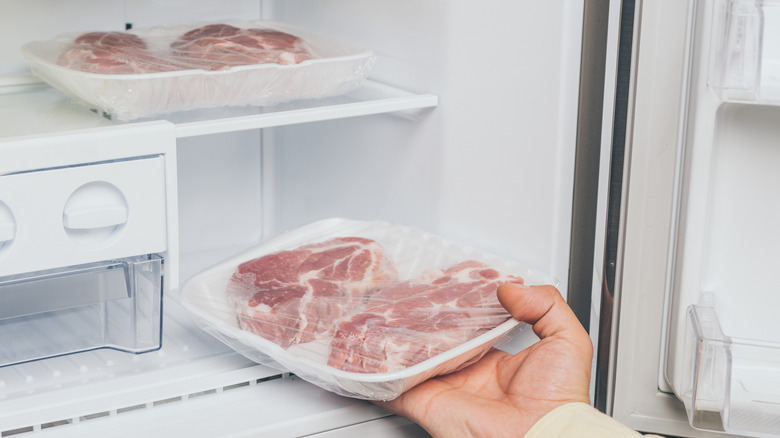 “Meat [and all perishable foods] should never be thawed on the counter and must not be left at room temperature for more than two hours,” chef and dietitian Julie Harrington told Livestrong. “That’s because as soon as the perishable item begins to thaw and becomes warmer than 40 degrees Fahrenheit, bacteria may be present and begin to multiply rapidly.”

Some of the bacteria that can form include staphylococcus aureus, salmonella Enteritidis, escherichia coli O157:H7, and campylobacter, according to the USDA.

Placing meat in hot water when you’re in a rush can cause the same issues. You may think your meat is defrosted on the outside, but internally, it’s often left frozen. That puts the outer layer in the danger zone longer, leading to the same potential health issues that leaving meat or poultry on the counter can cause, according to Livestrong.

Use this common kitchen appliance during the meat defrosting process 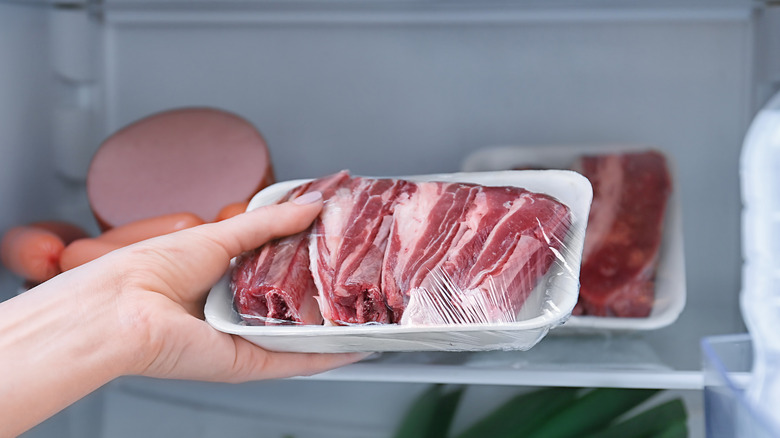 Rather than leaving your meat on the counter for the day or quickly submerging it in hot water, defrost your meat in the fridge. It may take a day or two and not be a last-minute solution, but it works and keeps food out of the danger zone. Livestrong noted that you should always defrost meat in the fridge on a lower shelf to avoid contaminating other food, as fluid can drip down as meat thaws.

Although thawing meat in hot water is a big no-no, thawing it in cold water works and is safe. It’s quicker than defrosting in the refrigerator and keeps food temperatures out of the danger zone. However, you need to make sure the food is in a bag free of air before placing it in the cold water. Also, make sure to change the water every two hours. Depending on how much meat there is, it can take from one hour to several hours to thaw, according to Livestrong.

If you’re really in a rush, you can always take smaller cuts of meat and use the defrost feature on your microwave. You can also cook from frozen, but remember that the cook time will be about 50% longer (via Livestrong).