Home » Lifestyle » ‘The Crown’ did a disservice to eating disorder survivors with Princess Diana’s bulimia storyline, according to experts

‘The Crown’ did a disservice to eating disorder survivors with Princess Diana’s bulimia storyline, according to experts 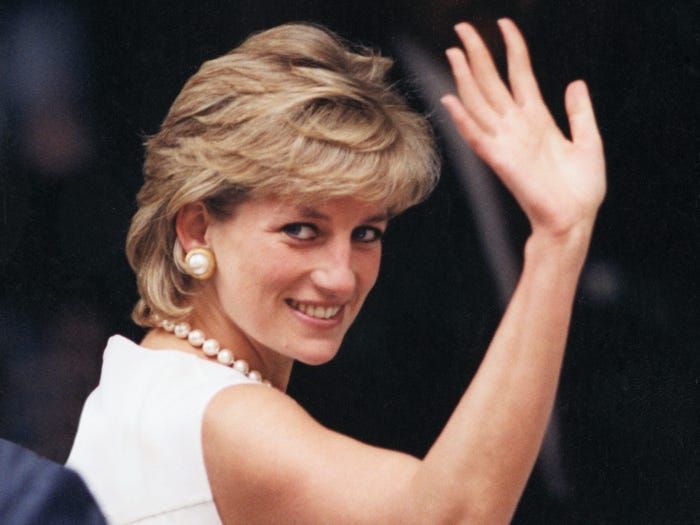 Eating disorder experts are criticizing the latest season of "The Crown" for its portrayal of Princess Diana's struggle with bulimia.

The fourth season of the Netflix historical drama introduces Diana Spencer (Emma Corrin) and focuses on her relationship with Prince Charles (Josh O'Connor). In the third episode, titled "Fairytale," Diana moves into Clarence House after her engagement to Charles.

Her arrival at the residence is unpleasant from the outset, with members of the royal family mocking her when she forgets to curtsy to the Queen. Soon after, Charles sets off on a working visit to Australia, leaving the princess-to-be alone. She appears completely isolated, with nobody around to talk to. That's when we first see her binge and purge.

The show's creator, Peter Morgan, previously told Vanity Fair that he wanted to show the princess' eating disorder in order to portray the "true complexity of her character."

"Diana did have an eating disorder, and she talked about it publicly … It never occurred to me that what we were doing was risky or unusual by showing her struggle with bulimia, because she had talked about it so much," Morgan told the publication.

The UK's National Health Service describes bulimia as an eating disorder and mental health condition which involves the individual eating "a lot of food in a very short amount of time (binge eating) and then make themselves sick" in order to "stop themselves gaining weight."

The princess' bulimia is something that is trickled sparsely throughout the season, with a trigger warning displayed before each episode where it is shown.

In the series finale, "War," we see Diana leaning over the toilet, about to make herself sick again — but then she stops.

The show makes recovery look easier than it is in reality

Andrew Walen, eating disorder expert and founder of The Body Image Therapy Center told Insider the show doesn't accurately represent the struggles that Diana would have gone through in order to recover.

"The most recent shot of her going to purge was her going over the toilet and deciding she won't do it. She sat down and hugged herself and decided she wouldn't purge. I don't see that as reality," Walen told Insider.

He added: "For anyone else trying to recover, they know that it's not real."

In the National Geographic documentary, "Diana: In Her Own Words," which features audio footage of the royal, Diana said it wasn't until she started seeing a therapist that her mental health changed for the better.

'The Crown' leaves out key details of Diana's experience with bulimia

"The Crown" didn't include what Diana said was a trigger for her eating disorder. Speaking in the National Geographic documentary, the princess said the bulimia started when Charles "put his hand on my waistline and said: 'Oh, a bit chubby here, aren't we?'"

"In my experience as a clinician, body image is the number one drive towards that behavior," Walen told Insider. "So it would make more sense if that stemmed from an insult from her husband — I think that's really important information."

Renee McGregor, a sports and eating disorder specialist dietitian, said the show's interpretation of how the bulimia started is something that's relatable to other people who have experienced bulimia.

McGregor told Insider that Charles going away to Australia and leaving Diana alone could have led to her "spiral of negative thoughts" and self-criticism.

The show skips over the Prince and Princess of Wales' wedding day, only showing a glimpse of Diana in her wedding dress. The next episode shows the couple as parents to a young Prince William.

In reality, Diana had bulimia during her first pregnancy, and it's something she spoke about in the "Diana: In Her Own Words" documentary.

Speaking about her first official visit to Wales with Charles in 1981, Diana said she was pregnant at the time and that she didn't have any energy "because I was being sick with bulimia so much."

"We can only assume that she was lucky and her hormones didn't shut down as she was able to get pregnant twice," McGregor told Insider. "But what I will say about women I have worked with who had bulimia and got pregnant, if they haven't dealt with the underlying issues behind the eating disorder, you go into pregnancy and your body is completely out of your control. It can feel very chaotic and messy."

She added: "For some women, it can be the opposite. It can be, I've got a baby and I've got to nurture myself for my baby. We'll never know which one it was."

Netflix did not respond to Insider's request for comment.