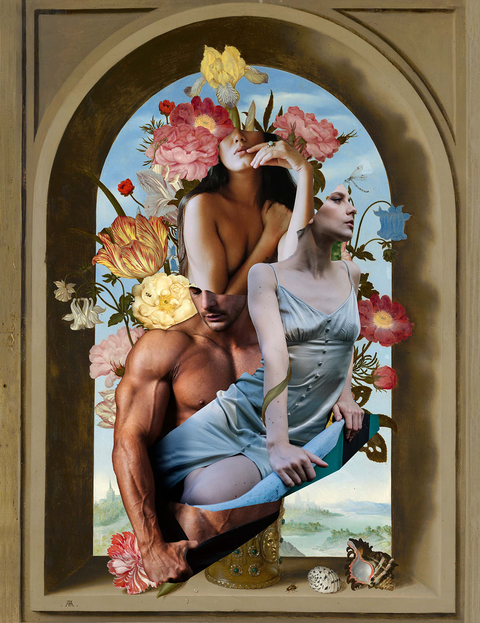 Catch up on the first two chapters here.

My throat is on fire. I’m in urgent care, enjoying the ASMR of the nurse’s nails clickety-clacking my symptoms into the patient dashboard. I’ve already tested, and it’s not Covid. “Any recent sexual activity?” she asks.

Her judgy tone reminds me of Roz from Monsters, Inc. Should I tell her that I gave a 30-minute blow job to the hot Marine I met last weekend (remember him? And his Quantico-esque make-out moves?) and now my throat feels like the Hulk has ripped right through it?

In all seriousness, though, I have heard there’s a chlamydia outbreak ravaging the city right now. I get regular STI tests and ask my partners to do the same, and so far, *knock on anything but morning wood* I have never gotten one. But as a hypochondriac, I’m constantly self-diagnosing.

The nurse with the glaring RBF gives me a rapid strep test. Positive. Seriously? I mean, it’s preferable to the alternatives, but I feel like strep—like Lunchables or Gushers—just isn’t socially acceptable to get as an adult. I guess I’ll just take my antibiotics prescription and side-eye to go, thanks.

As I’m leaving, I get a text from Steve, the Marine. “Zara. Saturday was too much fun. Cancel your upcoming trip to California.” He says he’ll be back in New York this weekend. (Side note: Do I need to reply that I have strep? No, right, because it’s not an STI? Or yes because it’s transmissible and if I got it, he might have too? This seems like a moral gray area, so I’m going with no.)

“And miss out on debuting my Snow White costume?” I respond instead. My friends are planning a Brothers Grimm–themed dinner party at an Airbnb compound in California wine country, and everyone is coming as a storybook character. It’s going to be exactly as over the top as it sounds. And no, I won’t be contagious.

I let Steve know that the timing isn’t going to work out since I leave Friday. “I guess you’ll just have to be the one that got away,” he replies.

My N95’ed self got to the West Coast last night, but finishing the full round of these antibiotics is knocking me on my ass. Thankfully, I’m staying in a cabin slightly down the road from the main building, so no one noticed that I passed the fuck out at 8 p.m.

Now it’s dinner party time, and while I never thought I could make a convincing Snow White, I am ~feeling myself~ in this cropped wig. I even borrowed a friend’s red bow tie and affixed it to the wig to achieve Snow’s signature look. It’s called innovation.

And…wow. No one does a tablescape quite like my friend Amaya. She isn’t a professional party planner, but she should be. She’s brought the Grimms’ fairy tales to life: glittering candles, forest-themed table decor, test-tube shots labeled with storybook poisons and potions. The meal is a whirlwind of debauchery, toasts, roasts, and laughter.

I’m exhausted. I’ve been dancing a little too long for someone who’s sober, on antibiotics, and on East Coast time.

I exit the main house at the same time as one of the many “Prince Charming” characters. He sat next to me at dinner and we did make out a little earlier. It’s drizzling and we’re laughing about something random when, suddenly, I slip on the damp, rocky terrain.

For a good 30 seconds, I’m silently struggling to get up, because as a feminist, I’m committed to standing up on my own. I cannot handle the indignity of a man dressed as FUCKING PRINCE CHARMING carrying me THROUGH THE FUCKING WOODS to get to my FUCKING COTTAGE while I’m dressed as FUCKING SNOW WHITE.

Yet neither my ankle nor gravity seems to be working in my favor. The prince can’t seem to believe it either. “Can you really not get up?” he asks. But no, this is not a move…I literally can’t. Ugh. I only chose to dress as Snow White because I already owned a skintight blue velvet dress…not because I wanted to live out her female fragility. I should have come as Rumpelstiltskin. Maybe then I’d be leaving with gold. Or Bitcoin. 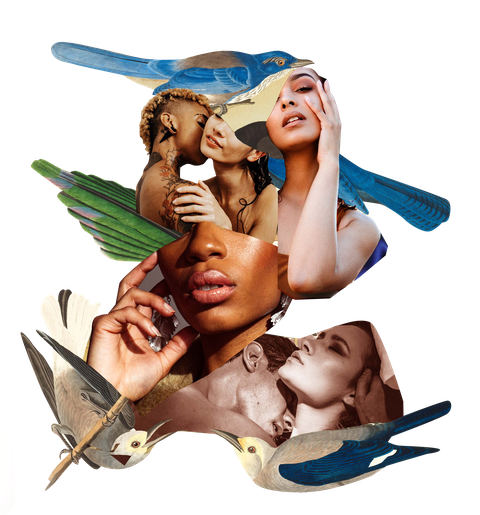 The prince scoops me up and fireman-carries me up two flights of stairs to the single room that three of my friends and I are sharing. He puts me on the air mattress on the floor, takes off his shirt, and lies next to me. He does have some of the nicest arm muscles I’ve ever seen. But as much as I’m feeling this damsel-in-distress moment more than I’d like to admit (still a feminist, but a horny one), I don’t think we’re actually that into each other. We’ve ended up in this position by default, as the only two single people at this event. And to me, that’s not reason enough for a hookup. That said, there’s no harm in snuggling. I do a one-footed wiggle out of my costume and curl up next to him. File this under “mostly platonic topless spooning.”

Someone walks into the room, waking the five of us up. We are woefully past checkout time. Our cottage looks like the inspiration for an old Kesha video. Glitter everywhere. Trash everywhere. I try to get up. Yup, definitely injured. And still topless.

Urgent care twice in one week? I’m an inspiration. Thankfully, my ankle is only sprained, not broken. One week on crutches, two weeks in a boot, and I’ll be good to go.

I’m visiting friends in D.C. and thinking, Quantico is close, isn’t it? Steve and I have been texting this entire time. He is an hour away and wants to take me “on a real date.”

He proposes an array of athletic activities. “I like to be outdoors in a stationary capacity,” I reply, rejecting the pitch for a hike. “Like on a beach chair somewhere glamorous with a cocktail?” he asks. Now I feel seen. We decide on dinner.

“I made a reservation for 8 p.m.,” he texts, saying he’ll borrow a friend’s car and pick me up. “Do you want to give me grid coordinates?” Yeah, I don’t speak military.

Me: “Maybe I’ll just make you a treasure map.”

Steve: “As long as there’s a prize at the end.”

Me: “Like a Nobel Prize? Can’t make any promises.”

He drives up just a few hours later, holding the most beautiful flowers I’ve ever seen. “I’m old-school,” he blushes as he hands me the bouquet. He’s romantic, I’ll give him that.

In return, I hand him a single melting Hershey’s Kiss. “Your kiss, officer.” (It seemed way funnier when I was buying it at the drugstore.)

It was actually eye-opening talking more about our respective work over dinner. Because mine involves emotional warfare like navigating through office politics, and his involves…actual warfare.

Soon, we’re standing outside the restaurant. It’s one of those fake-out spring nights where you think it’s warm, don’t wear a jacket, and suddenly are thrust back into what feels like a winter chill. I start shivering. He wraps his arms around me and kisses me gently outside. Where do we go now? Not his barracks. Not my friend’s place. “Hotel?” “Let’s do it.”

We’ve barely gotten through the hotel door and he starts taking off my clothes with a level of urgency that I deeply respect. I think we’re at DEFCON 1 on the desire scale. Steve is 6’3″ and has spent a good chunk of the past month training in the wilderness carrying very heavy gear. He picks me up with less effort than I probably exert lifting my work tote and throws me onto the bed. I love hotel beds. They’re just built different.

I’m rarely a pillow princess, but honestly, with him, I just don’t have to contribute that much. He fully takes control, moving my limbs exactly as he wants them and correctly taking my moans as signs to keep going. We have sex four times. Can someone explain to me why I’ve been dating older men for so long when I could have been dating younger men with better stamina? I’m seriously reevaluating every choice I’ve made for the past 10-plus years.

“I wish I didn’t have to go back,” he whispers as he tucks a piece of my hair behind my ear.

I didn’t think I would get so attached to my Marine so quickly. But I guess my sexual awakening did coincide with watching Heath Ledger in The Patriot. Something about Steve’s hot soldier vibes does it for me. Also the finger he stuck in my butt during round three (which, I was told, after literally phoning a friend, being put on speaker unknowingly during a group brunch, and crowdsourcing the term from a tipsy but enthusiastic crew, is called “corkscrewing”).

First of all, what exactly does that entail? Second of all, on a Tuesday? Let me check my schedule….

Subscribe to get Issue 5 of the magazine and be the first to see what happens next.