Sometimes a film’s success can come from nowhere.

The under-the-radar Australian film Monsters of Man, which longtime commercials director Mark Toia made with $1.6 million of his and his wife’s money, had one small, socially-distanced festival screening before being released online last week. 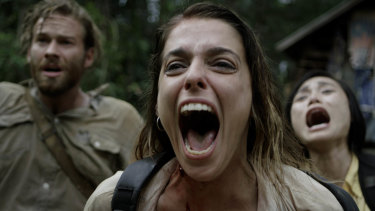 Terror in the jungle: Tatjana Marjanovic (centre) with Paul Haapaniemi and Kayli Tran in Monsters of Man. Credit:11:11 Entertainment

But after an action-packed trailer went viral – with more than two million views on YouTube – the killer robots film has topped the iTunes sci-fi/fantasy charts in both Australia and the US.

The film, which features an unknown cast except for Neal McDonough from Captain America: The First Avenger, is about a CIA test of military robots that goes badly wrong when a group of American doctors arrive in a Cambodian jungle for humanitarian work.

Toia, 56, shot it in Cambodia, Vancouver, New York and Brisbane, with he and his producer wife Carolyn putting up $1.6 million of their own cash to make it, without any funding from government agencies or the film industry. They had the money from his work directing commercials around the world for the past two decades and property investment.

While it will take an awful lot of $6.99 rentals to make back their investment, Toia considers the film a success already. As well as selling it to France, Germany and Japan with more deals to come, he has been offered other sci-fi scripts to direct.

“I’m over the moon,” he said. “I never thought we’d get anywhere. We’re a little indie film among giant tentpoles. Every morning I wake up there’s a new script.”

Does he expect to direct any of these scripts? 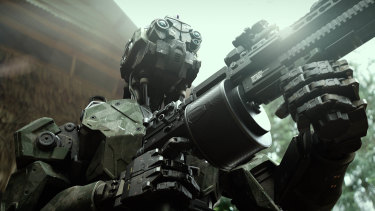 One of the killer military robots in Monsters of Man. Credit:11:11 Entertainment

“I don’t know,” Toia said. “It all comes down to the script, I suppose. The script and the pay cheque.” 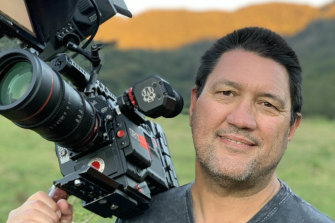 “He talks low-key but he’s a pretty savvy promoter and savvy businessman,” he said. “He cut a great trailer, he punched it out the same weekend as the new Batman trailer so there were lots of eyeballs on all the trailer sites and it just seems to have clicked with the sci-fi nerds.”

While Monsters of Man has mixed audience reviews on the rating site Rotten Tomatoes – with criticism of the story and acting but widespread praise for the look – Foster said it was well received at the festival.

“Science fiction fans, horror fans – the genre audience – will give a film a little bit of slack if the effects are good,” he said. “And I thought the robot effects were great in it.”