Where’s YOUR nearest lockdown loo? Website is hailed a lifesaver for mapping open public conveniences and toilets in pubs, stations and cafes across the UK

As lockdown restrictions ease and people socialise outdoors with takeaway coffess and beers, the question of access to toilets is proving a huge problem, with people taking to social media to complain about revellers urinating in public.

Now there’s a solution in the form of the website LockdownLoo.com, created by civil servant Tom, 25, and his tech-worker brother Charles Riley, of Hammersmith, operating under the alias Sir Caughtshort, which aims to log all the open conveniences across the UK and Northern Ireland.

The site currently lists more than 1,200 public toilets and loos in stations, cafes and pubs that are open, with the help of councils and submissions from the public via Twitter.

The map can be consulted on your web browser from your phone, or be opened on My Maps if you have an Android device. It can also be used via the Google maps app on iPhones.

The website, which launched nationally on June 20, has been hailed as a ‘godsend’ by people and is currently getting 1,000 visits every 30 minutes. 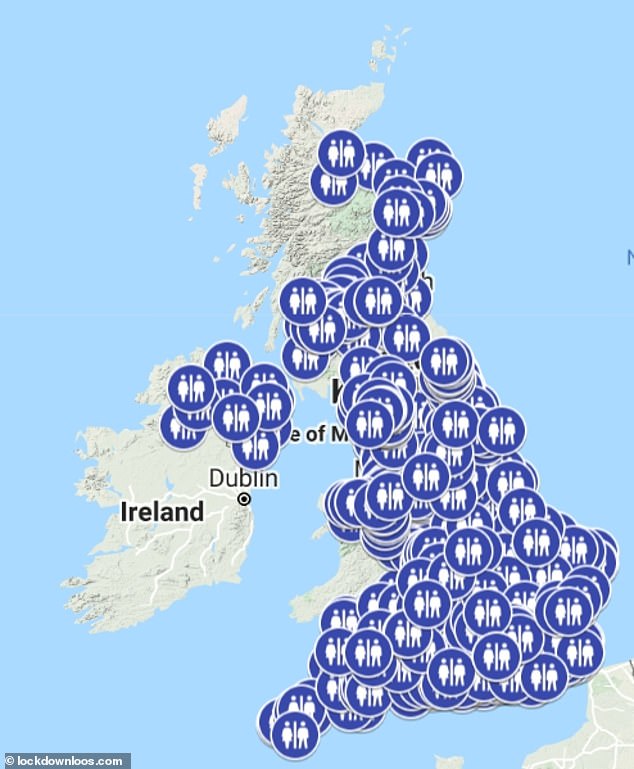 Website LockdownLoo.com, was created by Tom, 25 and Charles Riley, 22, of Hammersmith, operating under the alias Sir Caughtshort. It aims to log all the public bogs in one given area

Tom and Charles said the idea started as a joke, but turned into a serious endeavour after it was met with positive feedback among their friends.

‘The idea was basically born out of desperation,’ Tom told Femail.

‘When we came up with the idea, we didn’t realise how popular and useful this would be for women, mothers and also older people or people who might have bladder problems or those who were disabled.’

The two brothers said they were very happy to see that the website ‘gave people to confidence to go out.’ 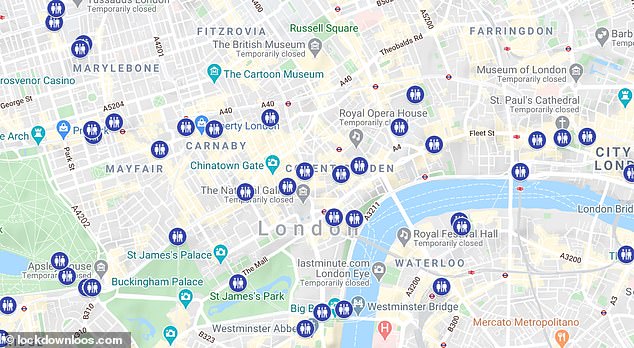 The website gives information on location, opening time and cleanliness of public toilet around the country. Pictured: public loos available in the Westminster City Council and around central London

‘Initially, in London, people contacting us were going: “I’m London bus driver and this is really going to help,’ Tom said.

‘Today we had someone who said they were a carer and were looking after their parents and the website gave them the confidence and ability to go out of the “bladder zone,” so to speak.’

And the website is particularly timely, with the lovely British summer having finally arrived. 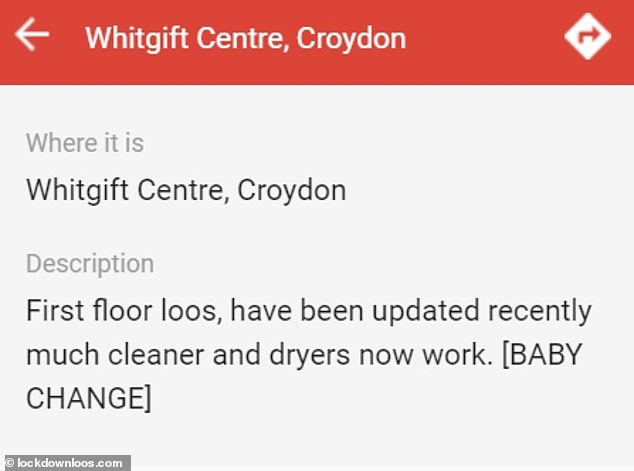 ‘Over the next couple of weeks, the weather will be getting hot, and we wanted to give people the chance to go out and enjoy the summer,’ Tom said.

‘People with children and families can go out and know they’re going to pass a service station that has a toilet or a car park operating with one,’ he added.

‘We’re all trying to get back to normality under new social distancing rules and with the website we hope to get people to do that and keep safe.’

And while the site was met with immediate success, the brothers do not plan to stop there.

They explained they were reaching out to businesses and getting support from chains around the country to get more locations added to the map. 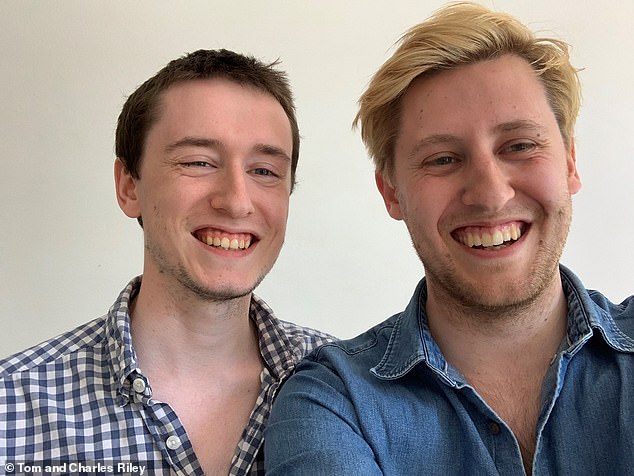 Pictured: Charles, left and Tom, right. The two brothers said they were happy to have given people the confidence to go out knowing there would be a loo available

As of today, the Lockdown Loo website offers 1,200 locations around the UK and Northern Ireland, with Tom and Charles confident they’ll hit 2,000 by the evening. The website is currently getting 1,000 views every thirty minutes.

The website is easy to use, and gives details not only about toilet locations, but their condition and opening times as well.

It also specifies which public bathrooms have baby changing stations, are short on loo roll or soap, and the ones that should only be use in case of an absolute necessity.

Some submission also specify the queuing time if the loo in question is particularly in demand.

To compile the useful data, Sir Caughtshort have been using the information available on some councils’ websites and have called on people to submit new locations spotted around their towns.

People shared their appreciation of the website on Twitter, as more and more locations are added nation-wide daily

They also have been working directly with councils, such as the Westminter City Council, which provided them with a detailed log of all their open public toilets.

The council has brought more staff in to look after the cleanliness of their toilets and to discourage anti-social behaviours. They also temporarily stopped charging people for using the public bathrooms.

When the app launched on June 20, it had registered 1,100 public loos around England, Scotland, Wales and Northern Ireland.

People desperate to find public loos while out and about in lockdown Britain have praised the Lockdown Loo creators for crowd-sourcing the information.

‘Thank you so much! My new favourite website! This lockdown has proved very restrictive due to lack of toilet facilities. I will update as I find loos,’ one said

‘Liberation,’ one rejoiced, while another added: ‘Awesome!!! Spread the word please.’

It comes after campaigners claimed that women are ‘adversely and disproportionately affects women and girls’ because they are forced to ‘plan their lives and freedom around toilets’ in a way that men are not.

As lockdown measures lift, more than one in six (14 per cent) of menstruating women in the UK worry about where they can go to the toilet when going out while on their periods because many facilities are closed, according to data from WaterAid. This figure rises to one in five (21 per cent) in the West Midlands and one in four (24 per cent) in London.

Separate research from Plan International UK reveals more than a quarter of young women have been unable to go outside due to fears associated with their period, including access to a toilet.

Facilities were closed when strict social distancing rules were introduced in March because of fears the virus would be spread by people touching handrails, gates, door handles and light switches.

Some councils and parks have reopened their toilets, but an appeal by the Government to open more has largely been ignored.

Those that are open have seen long queues as they faced increased usage due to alternative facilities in restaurants and bars remaining closed.