Marvel fans are hard at work to determine when the studio will release the first Thor: Love and Thunder trailer. And given that we are only a few months away from its premiere in theaters, the world is getting restless. Thankfully, a few Marvel sleuths discovered that a first look at the fourth Thor film might arrive sooner than anyone expects.

Chris Hemsworth announced that the ‘Thor: Love and Thunder’ press tour has begun

On Monday, April 4, Thor: Love and Thunder star Chris Hemsworth posted a photo of himself, director Taika Waititi, and co-star Tessa Thompson on his Instagram.

The caption read, “Some long lead press for Thor: Love And Thunder with these two wonderful humans. A day full of wackiness and hilarity. Get ready folks this films gonna be wild!!”

Fans immediately got excited because Marvel had released no news about the fourth Thor movie in months. And although a trailer usually comes before a press tour, people are just happy to hear anything about Thor: Love and Thunder.

After Chris Hemsworth posted the photo, many fans pointed out that the picture might contain a trailer release date for Thor: Love and Thunder. Taika Waititi is holding up both his pointer fingers in the photo. Hemsworth’s hands are in a “rock-on” sign, and Tessa Thompson holds up two peace signs. And all of this could add up to a date — April 11, 2022, or 11/4/22.

One fan wrote, “On April 11, 2022, the First [Thor: Love and Thunder] Trailer would come!! The director [Taika Waititi] and the actors [Chris Hemsworth] & [Tessa Thompson] could have hinted at this date. Taika, let us know if this is true to the rest of the mortals!!”

“The final wait for the trailer is over clue: April 11, 2022,” another person posted on Twitter.

Marvel has not confirmed this theory. However, it’s entirely possible that the Thor: Love and Thunder trailer will arrive on April 11. Fans will just have to wait a little longer to see footage from the film. 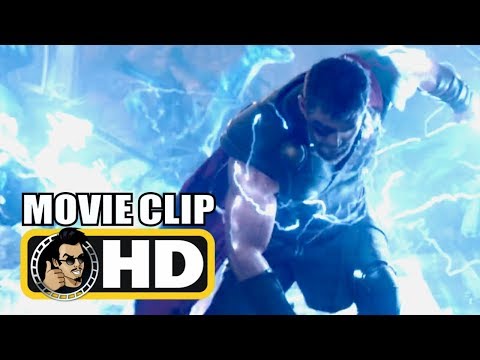 Everything we know about the fourth ‘Thor’ movie

A handful of the Guardians will also show up in the film, which makes sense because fans last saw Thor leaving with them in Avengers: Endgame. Chris Pratt as Star-Lord, Pom Klementieff as Mantis, Dave Bautista as Drax, Karen Gillan as Nebula, Sean Gunn as Kraglin, and Vin Diesel as Groot will make an appearance in the movie.

The fourth Thor film will pick up from where Avengers: Endgame left off. Thor is exploring the galaxy with the Guardians while he left Valkyrie in charge of New Asgard on Earth. And Marvel teased a long time ago that Jane Foster would wield Mjolnir and become Mighty Thor.

Taika Waititi directed the movie, and he co-wrote it with Jennifer Kaytin Robinson.

Thor: Love and Thunder premieres exclusively in theaters on July 8.