Home » Lifestyle » Thousands of women say their breast implants are making them sick, but have no diagnosis. Many are opting to remove them anyway.

Thousands of women say their breast implants are making them sick, but have no diagnosis. Many are opting to remove them anyway.

More than 200 women told Business Insider Weekly they believe their breast implants made them sick with something called breast implant illness.

The condition is not officially recognized or diagnosed by the medical community, but it's one that has sparked debate among doctors and patients over the last three decades.

While the vast majority of plastic surgeons still put implants in, some have begun dedicating their medical practices toward their removal.

David Rankin is one of those doctors. He doesn't put implants in at all anymore; instead, he's fully booked with explant surgeries through July 2021.

Still, it's a contentious debate in the plastic surgery community.

Debbie Andrews said she spent more than two decades suffering from rashes, inflammation and chest pains. She was diagnosed with a multitude of autoimmune conditions including lupus and rheumatoid arthritis. 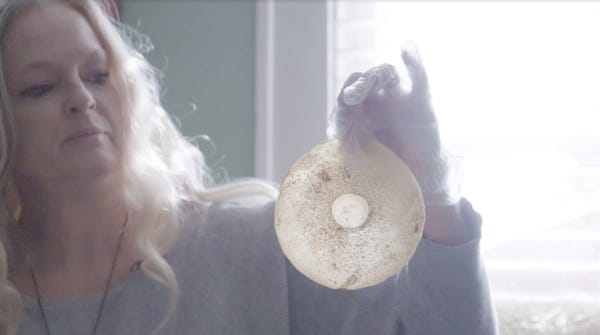 She got her implants removed in July 2019. When she woke up from surgery, she said she remembers the first thing she said: "Oh, my God. I can breathe." We met her about six months later, when all of her symptoms had gone away. 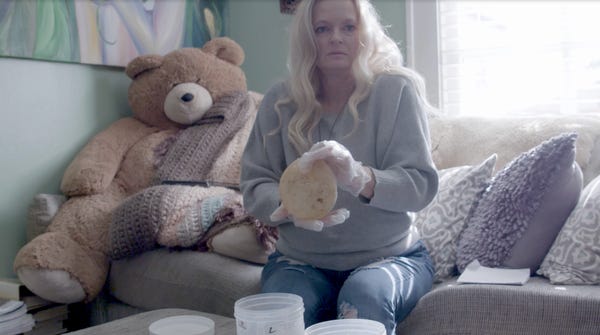 Andrews is one of thousands of women who believe they had breast implant illness. Like Tracie Mohler, pictured below, she learned about it through a support group on Facebook, where members share their experiences and support each other through their explant journeys. 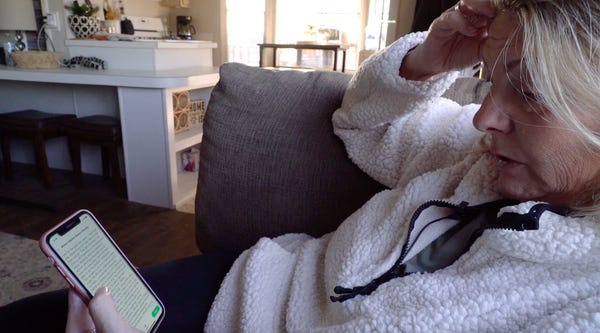 Mohler has been trying to get her implants removed since the fall of 2019. Of all of the women who shared their stories with us, her symptoms appeared to be the most severe and the most life-altering. 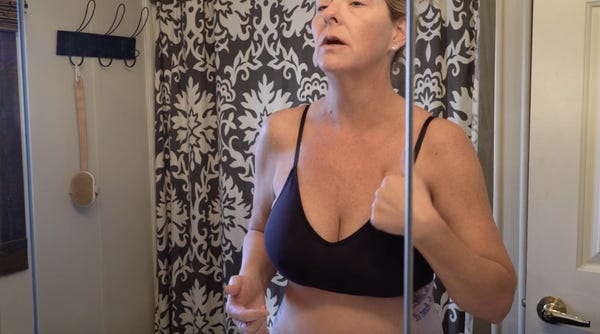 She attributes symptoms such as a body rash, chronic panic attacks, severe indigestion, brain fog, vision problems, insomnia, a swollen eye, and heart palpitations to her breast implants, which she got 15 years ago. 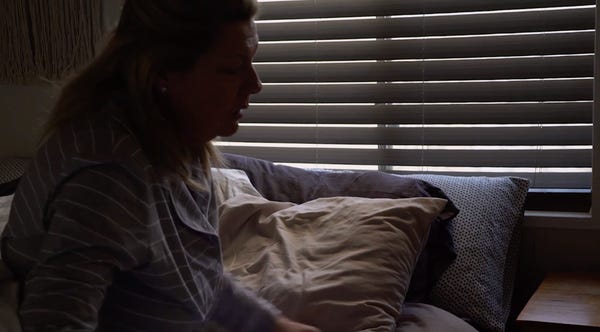 Finding a surgeon to remove her implants was harder than she'd expected. 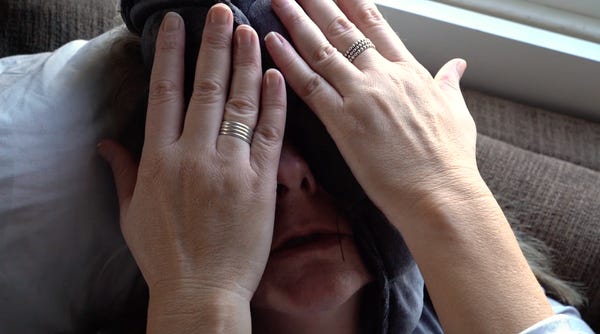 Some doctors told us they don't want to strain their working relationships with implant manufacturers, and others said that they are skeptical about breast implant illness, which is not an officially recognized diagnosis. 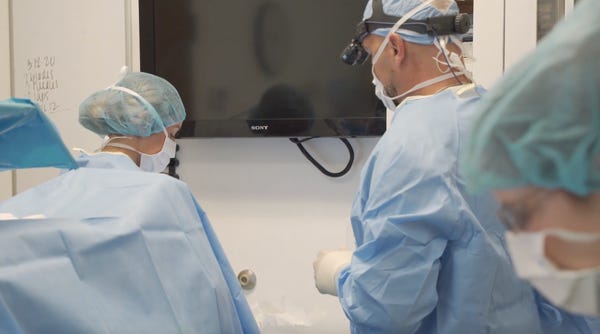 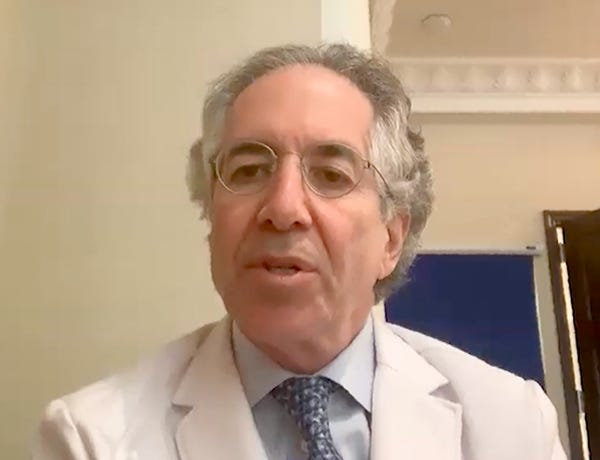 But, as more and more women move to explant, researchers are studying the link. 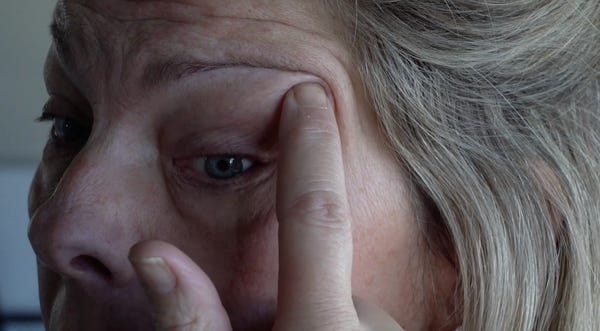 "We recognize increasingly that there are problems with implants, but they're affecting a very small percentage of the patients," said Nicholas Husni, a plastic surgeon in Ohio. "That doesn't mean those patients need to be discounted or ignored. In fact, we're listening to them increasingly." 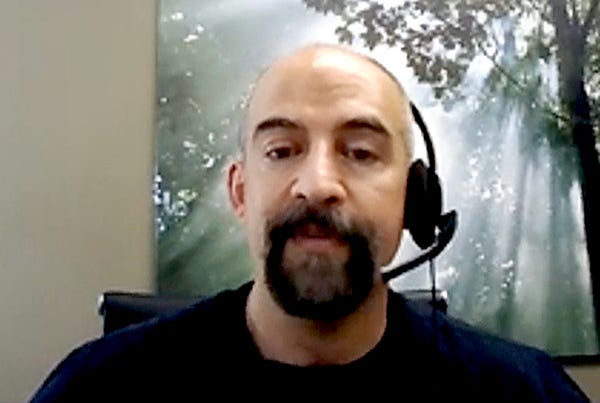 There are plastic surgeons out there who say they've connected the dots. 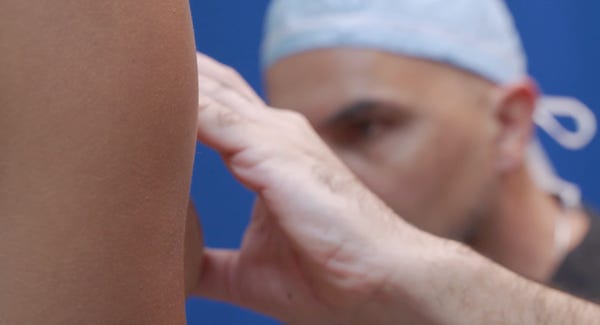 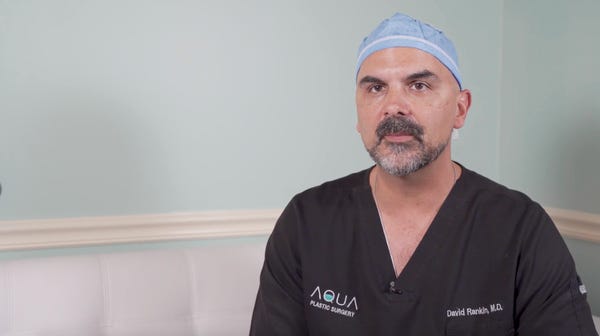 In March, Rankin removed Chelsea Harrison's implants at his clinic in Jupiter, Florida. 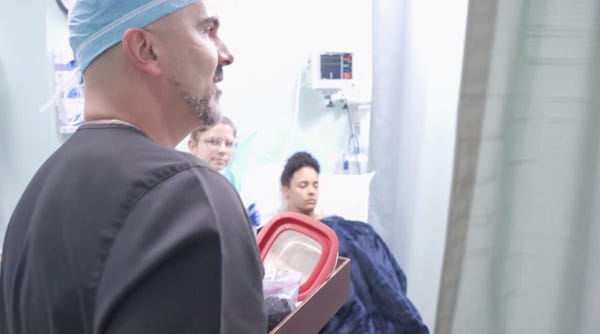 "I see improvement in more than 90% of my patients," Rankin said. 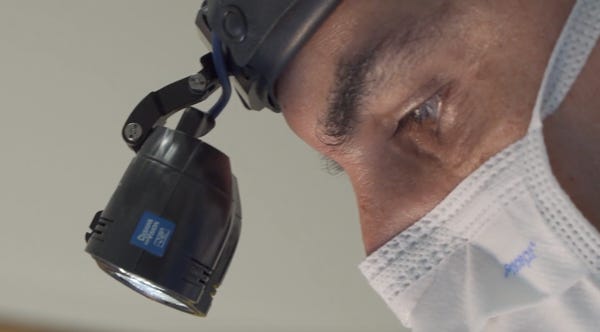 Harrison was one of those patients. After having her implants removed, she stopped having migraines, body rashes, brain fog, and fatigue. 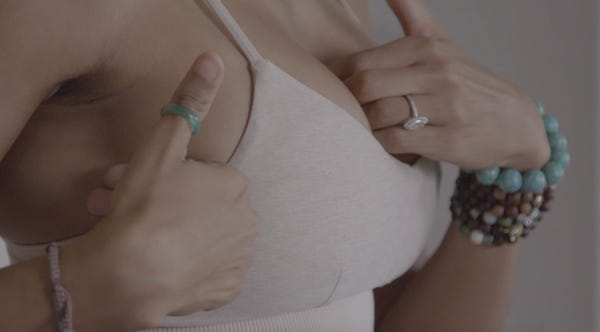 "The biggest change for me after explant surgery is waking up ready to go," she said. "I have a lot more energy, and it makes doing things with the kids a lot easier. Also, my brain fog is gone." 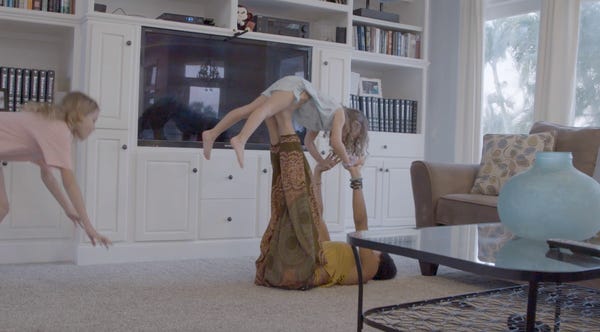 To cope with her pain, Mohler takes about seven different types of medications each day. 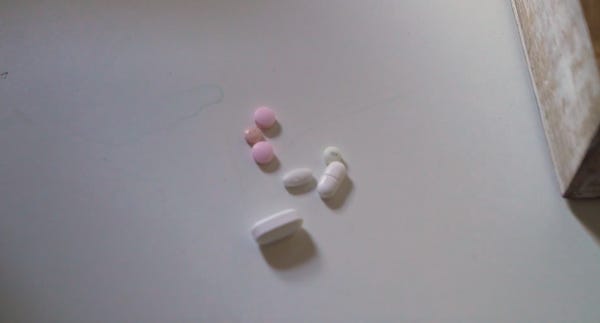 She had gotten used to reading stories like Andrews and Harrison's on Facebook, so she was thrilled when she was finally able to schedule an explant. 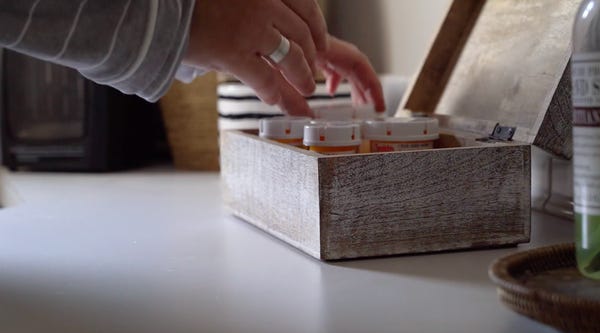 It was going to cost more than $10,000, about the same amount she paid to have them put them in 15 years ago. Health insurance wouldn't cover it, so she started saving. Tracie felt too sick to work, so her husband picked up more hours. But things fell apart three days before Christmas, when, suddenly, he left her. 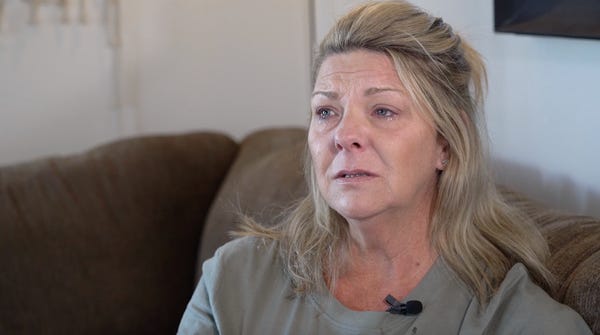 “I needed another $1,800 and that would have come from his employment," she said. "But then he left.” 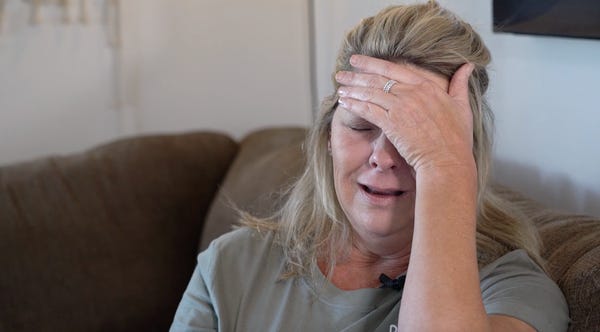 Tracie took her $700 down payment back from the doctor to pay rent, and prays every day for surgery. 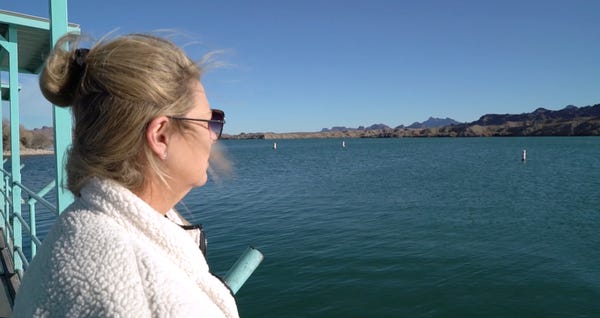 Breast implants are still the most popular cosmetic procedure in the United States, and most women don't get them removed. 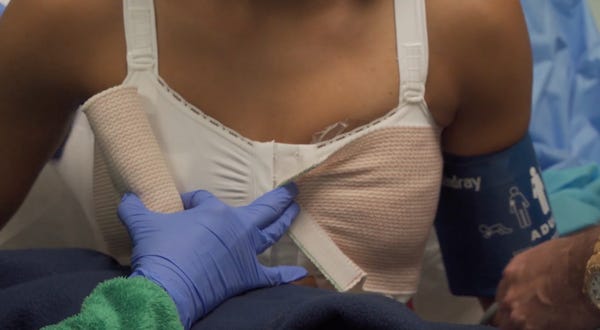 But even Pamela Anderson has said goodbye to the surgical enhancement that made the signature shot of one of the most popular television shows in history, saying they "just didn't feel right anymore." 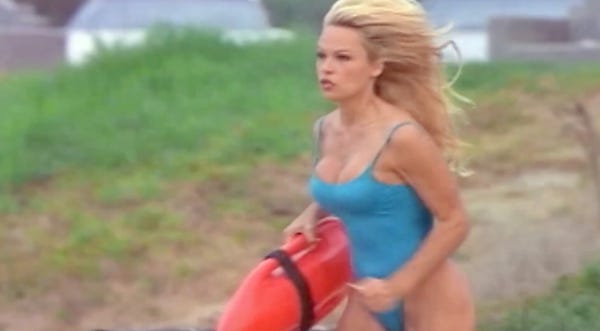 Other celebrities, like Victoria Beckham and Crystal Hefner, and more recently, Chrissy Teigen, have also made the decision to explant. 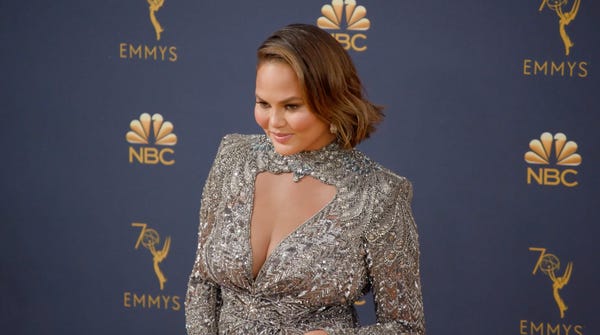 "Seeing my implants outside of my body and being able to hold them makes me feel an immense amount of gratitude," said Harrison, three months post-op. "I'm grateful for the message that I'm able to relay onto other women. 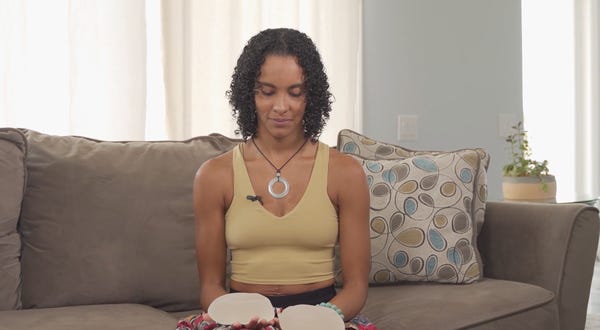 "I hope that, eventually, beyond Facebook and beyond social media, women learn about this and stand up, speak out," said Andrews. "Some of it's embarrassing. Some people don't want to admit they've ever had implants." 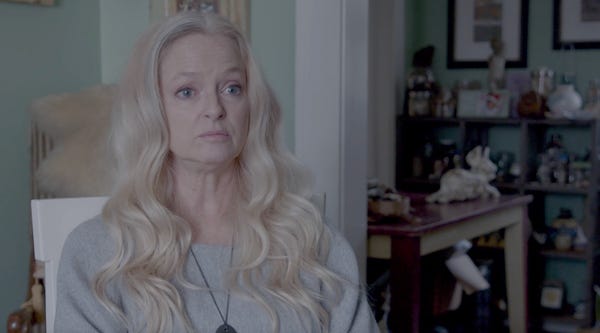 "I'm not past the self-image. I didn't end up with the cute little boobs," said Andrews. "I ended up with two really big holes. I'm not past that. That's very hurtful and painful and hard for me. It will come with time." 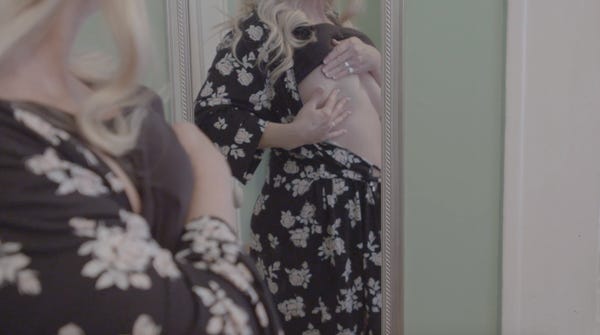