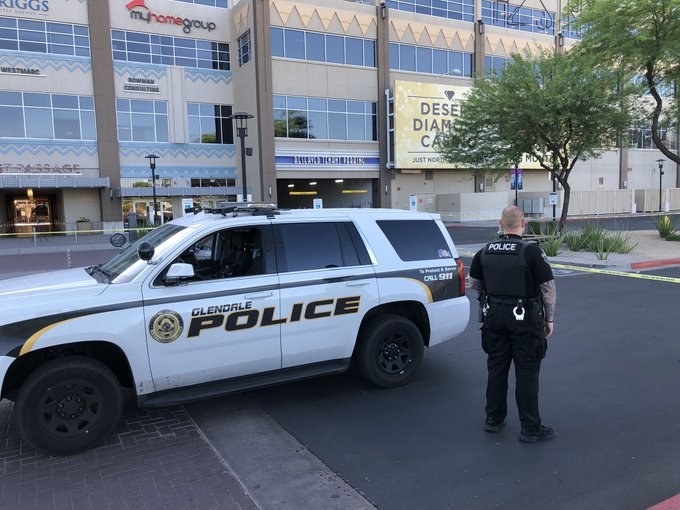 Three people were injured on Wednesday evening in Arizona when a gunman opened fire at Westgate Entertainment District, a popular shopping and restaurant strip in Glendale, west of Phoenix, according to authorities.

The suspected shooter appeared to share his rampage on Snapchat, filming his assault rifle and naming himself.

In the video, seen by BuzzFeed News, the man wearing a camouflaged face mask can be seen firing and aiming his weapon, including at one woman who appeared to be injured and lay on the ground next to a car.

In the exchange, the man can be heard telling the woman he was angry at society as she responded that she had nothing to do with that.

He then aims again as she pleads that she had already been shot by him.

Representatives from Snapchat did not respond to requests for comment on the videos.

Others in the area at the time of the incident also shared footage, some of which showed people running away as gunshots rang out.

Police in Glendale said the shooter was taken into custody but they did not explain the exact circumstances of the arrest.

On Thursday morning, police named the suspect as 20-year-old Armando Hernandez Jr. — the same name the man in the Snapchat videos used to identify himself. 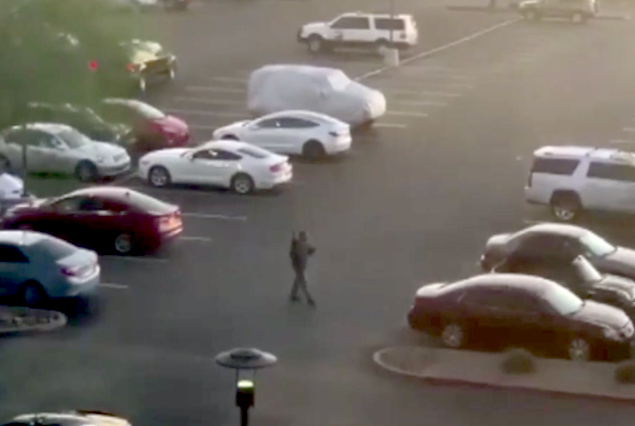 Surveillance footage showing the suspect right before his arrest.

Police Officer Tiffany Ngalula told media on Wednesday night the shooting had ended by the time authorities arrived at the scene.

“Our officers challenged that suspect and were able to safely take that person into custody,” she said.

Surveillance footage obtained by local station 12 News showed the suspect wandering around a parking lot right before a police car arrived and he was said to surrender.

Police reportedly searched the suspect’s home in the middle of the night and seized evidence.

Authorities said three people were injured in the rampage, one of them critically.

Another was transported to a local hospital with a non-life threatening injury, while the third injured person did not require hospitalization.

“I just witnessed an armed terrorist with an AR-15 shoot up Westgate. There are multiple victims,” he wrote. “I saw 2 victims with my own eyes. Not sure how many others I saw the shooter. Being told not to say anything else about details ’til I speak to police. I’m ok. Lots of shaken up people.”

The Westgate Entertainment District recently reopened after being closed due to the coronavirus pandemic.