Matthew Perry and Molly Hurwitz are dressing alike after engagement

A young TikTok user who went viral for posting a private FaceTime call she had with Matthew Perry says she released the video to expose how older men in Hollywood are “taking advantage” of younger women on dating apps.

“A lot of people were saying I’m a bully and mean for posting this, and it made me feel kind of bad, but at the same time, I feel like a lot of guys in Hollywood are talking to all these young girls and it’s something that I think a lot of people should be aware of,” the user, Kate Haralson, exclusively told Page Six on Thursday.

Haralson, who said she was only 19 when she matched with Perry, now 51, on the elite app last May, said the “Friends” star asked to move their conversations from Raya to FaceTime almost immediately after matching.

The Los Angeles-based personal assistant, now 20, said she had matched with other celebs before, but doesn’t “ever talk to older guys.”

However, she chose to chat with Perry because she thought, “Oh, this would be funny.”

“I was not really thinking anything of it,” Haralson added, noting that while she recognized the famous actor, the Gen Z-er had “never even really watched ‘Friends.”

While on the FaceTime call, Haralson said Perry suggested they ask each other questions back and forth to get to know each other better. The TikTok video shows a short clip of them playing “20 Questions.”

Haralson said none of the questions were sexual, but she did feel uncomfortable at times, especially since she says she was upfront about the fact that she was only 19.

“I don’t think he minded that,” she said. “It kind of felt weird talking to someone my dad’s age and it just felt not right, especially when he knew how young I was.”

The blond beauty claimed the actor asked her at one point, “Am I as old as your dad?” 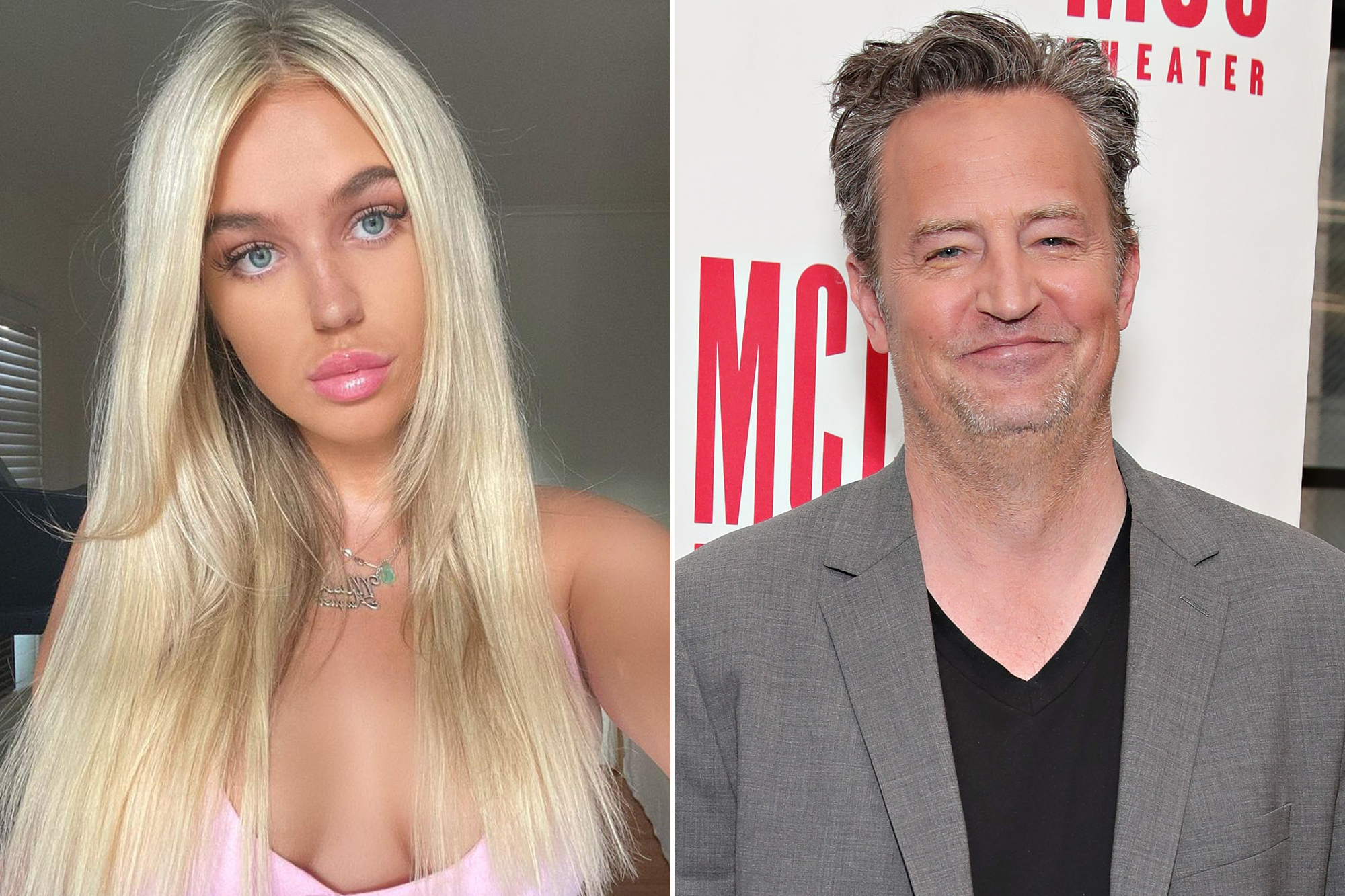 “So it was weird,” she added, noting that she told the “Odd Couple” star that he was about only a year older than her father, which she claimed the TV star “laughed off.”

Haralson said her friend snapped a quick clip of the pair’s FaceTime call, which is what was posted onto her TikTok account this week.

“Honestly, I never really had any intention of posting it, but then I saw that one video, and thought, ‘Oh, this would be funny,’” she said. “I didn’t expect it to blow up as fast as it did.”

Haralson said she was “inspired” by another viral video shared on TikTok by a user named Nivine Jay, who posted a personal video of Ben Affleck after they matched on Raya.

Haralson said the two women are now in touch via DM and Jay has advised her to “ignore all the hate comments.”

“You post something and you just have to expect for some people to be on your side and others to be on their side,” Haralson said. “Obviously, a lot of people are going to take his side since he’s a celeb TV character, but that’s OK.”

Unlike Jay, though, Haralson decided to take down her video within less than 24 hours of posting it because she “did feel a little bit bad,” stating that Perry really was a “nice guy.”

The celeb assistant added that she and Perry never actually met up in person — although the actor allegedly tried once and told her, “Maybe one day you can get a COVID test and come over,” — because she wasn’t really interested in him.

“I just did it more for the joke of it, which sounds mean, but I didn’t think anything of it,” she said of her decision to FaceTime. “I thought it was more so innocent and harmless.”

Haralson concluded, “Honestly, it’s not really OK for these older guys to be talking to such young girls.”

A rep for Perry did not respond to Page Six’s request for comment.

In November, Perry announced he was engaged to 29-year-old literary manager Molly Hurwitz.

Haralson is still on Raya and said she has not been kicked off as of yet.

A rep for the dating app did not return our requests for comment.