Home » Lifestyle » To fee or not to fee: The bitter stoush over super costs

To fee or not to fee: The bitter stoush over super costs

Australians pay about $30 billion a year in superannuation fees – more than their electricity and gas bills combined. This startling figure was touted by the federal government as they revealed plans in the 2020 budget to cut super expenses, reduce duplicate accounts and weed out underperforming funds.

There’s no argument every dollar spent unnecessarily erodes workers’ super balances, reduces the benefits of compound growth and leaves workers with less in retirement. But finding the best way to reduce fees and increase competition has become the subject of significant debate as the Your Future, Your Super legislation nears a vote. 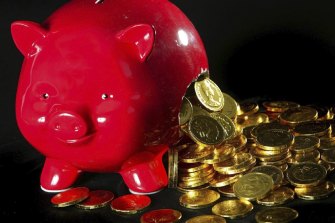 There’s a long-running and bitter dispute between the Coalition and industry super funds, Labor and the trade unions about the future of the $3 trillion super sector.Credit:Louie Douvis

Superannuation sources say comparing super fees, a cost of doing business to get a financial return, with the sunk costs of utility bills isn’t useful, but the debate of how to lower funds has billions of dollars at stake in the $3 trillion sector.

In the background of the debate is a long-running and bitter dispute between the Coalition and industry super funds, Labor and the trade unions about the future of the sector.

One of the underlying tensions is a perception the Morrison government dislikes industry funds, as they are closely aligned to the union movement, and is too focused on helping retail funds owned by big corporates. This year those concerns have escalated.

Industry Super Australia chief executive Bernie Dean lashes the government’s superannuation plans as a “protection racket for the banks” that could leave workers worse off.

The benchmark tests will require funds whose investments have underperformed to inform members they have fallen behind the pack. If they continue to provide returns below the benchmark they’ll be unable to add new members. 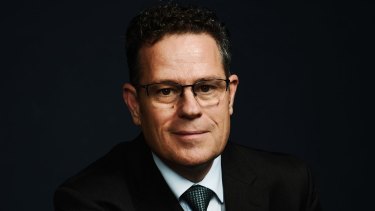 “Workers and their savings can only be protected if every fund and every fee is included in the tests. Anything less than that reeks of vested interests inappropriately influencing the benchmarks and the government running a protection racket for the banks – and that could leave workers worse off,” Dean says.

“The government’s plan to shield the worst-performing retail funds from proper scrutiny could mean millions of workers get stuck in a dud fund for life,” Dean says.

The Financial Services Council, however, says it is an appropriate way to measure the investment skills of the fund managers, albeit not the overall returns for members.

Labor superannuation spokesman Stephen Jones is also against leaving admin fees out of the benchmark test. He has been criticising the omission since the details of the rules were revealed and has called the benchmark test “flawed”.

Superannuation Minister Jane Hume says the changes will “drive competition and reduce waste in the system”.

There are some challenges to including administration fees in a benchmark, including the use of a sliding scale of fees, government sources say, adding the tests are designed to measure investment performance. Administration fees will, however, be included in the public-facing online performance comparison tool expected to launch on July 1.

A “stapling” measure to stop employers from opening new accounts for workers each time they switch jobs and instead allowing funds to be connected to the individual person will go some way to ridding the sector of duplicate accounts, which will help reduce unnecessary fees.

The Productivity Commission, whose figures Treasury used to arrive at the $30 billion fee figure in the 2020 budget (which excludes insurance premiums), estimated in 2018 the cost of unintended multiple accounts was $690 million a year in administration fees.

The Commission included a range of benchmarks in its review of the sector. On its estimates, an increase in fees of 0.5 percentage points can cost a typical full-time worker about $100,000 by the time they retire.

Reported fees were found to be much higher for retail funds than industry funds. From the time of the global financial crisis in 2008 to 2017, reported fees charged as a percentage of balances fell from 1.3 per cent to 1.1 per cent. The drop was most significant for retail funds, but their average fees were still well above those charged by the not-for-profits.

In the words of its final report: “Investment returns, after all fees and taxes, matter most for members’ retirement incomes.”

A report is due from the Economics Legislation Committee later this month and the federal government is hoping to see the changes kick in from July.