Tommy Lee: Surprising life of the bad boy of Rock’n’Roll

Tommy Lee might be more mellow these days, but his imagination is still operating on high octane. Now living his life sober, married to social media star Brittany Furlan and a father to two adult sons, Dylan Jagger Lee and Brandon Thomas Lee (MTV’s The Hills: New Beginnings), the 58-year-old might be more mellow in body, but his spirit remains a livewire, ready to jump at any adrenaline-fuelled pursuit that will scratch his insatiable itch for feeling alive. Lee’s latest musical endeavor, his newly released album, ANDRO, boldly crosses musical genres. Fourteen tracks feature a roster of incredibly talented artists, punctuated by both male and female vocals, creating a medley of defiant metal, brazen alternative and progressive pop.

Allison Kugel: What’s your earliest memory realising music was going to be your path?

Tommy Lee: I remember, and my parents reinforced this, that it started around the age of two or three. You know when you’re in the terrible twos and you’re into the drawers and cabinets. I’m pulling out pots and pans and spoons, anything I can get your hands on, just playing drums like crazy. My poor parents, I drove them nuts. But that’s my earliest recollection. I can see myself on the kitchen floor just wailing on everything.

Q: Do you believe in past lives?

A: I go back and forth with that one. Sometimes I think when you die, you’re done. But then there are other times where I have this weird attraction to trees and to birds. Every time I see a bird fly by I wonder if in my past life I was a bird, because I have this fascination with flying.

Q: Let’s talk about this new album, ANDRO. I really loved how you showcase all of these up and coming artists, and I love that you worked with so many women on this album, really talented women. Where did you find them?

A: So much of this record happened organically and authentically. I didn’t set out to make a record that was half male and half female energy. I love the female voice and the energy that it brings. It can make you cry, it can make you feel sexy, so many things.  I keep a collaboration list of people that I love, where I think, “One day I have to do something with this person.” So, in writing for this album, there were moments when I was writing these tracks that needed that female energy on them. I love that kind of music. I mean, I love all kinds of music, but I would be working on a song and be like, Oh My God! I know that Push Push would just kill this song!” And I’ve been following her for years. She was on my list of people to work with. That is really in a nutshell how it happened. The voice would come to me once the music was starting to come together. I would say, “I know exactly who to do this with.” I ended up with just as many male tracks as female tracks, hence the album title, “ANDRO.” 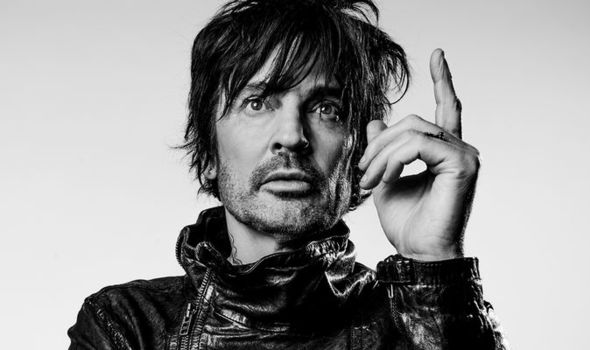 Q: Can you describe your creative process?

A: My process is never the same. I will hear a melody and I will sing a basic melody and put it down as a scratch, so I don’t forget it. Sometimes it will come as a drum beat that I’m hearing, and I’ll just put down the drum, or sometimes a keyboard or a guitar part. It’s never the same. I don’t have a method. It’s always random and I love it because it just comes in spurts from different places. A lot of times a melody will come into my brain and I’ll just grab my phone really quick, so I don’t forget it. There is nothing worse than having these incredible ideas and losing them. I’ve done it so many times where it’s 2 or 3 in the morning and I’m thinking, “Oh My God! This is so good, there is no way I’m going to forget it, and I just go back to bed. And then I forget it! It wasn’t meant to be, I guess.

Q: You appear to the outside world as an extrovert and the life of the party, but is there a part of you that is an introvert? Is being alone in your studio your happy place?

A: It’s totally my happy place. When I’m happy or sad I will immediately head to the piano. It’s one of the most beautiful instruments that gives you immediate gratification when you start playing chords that sound beautiful to you. It always makes me feel better. Yes, you would assume that I’m the crazy guy, and I can be, but I really am introverted in many ways.

Q: I got that vibe from you! What is the best advice you’ve ever been given that’s directed your life?

A: I share this with my sons constantly because I see it in so many young people. I always tell them, “Be yourself, everybody else is already taken.” So many people, especially now with [social media], they watch other people’s lives and try to emulate this or that, and say, “That’s super rad. I need to have that because someone else has that.” This younger generation tries so hard to be somebody or something, and they’re going in the wrong direction. The correct direction is inward. I just always support them in being their authentic selves. That’s my best advice. Be yourself above anything else, because there is only one of you and that one is precious. Just rock what your mama gave you. My sons live in a very different world than when I was their age, and nobody really said those kinds of things to me, so I think that’s cool advice. 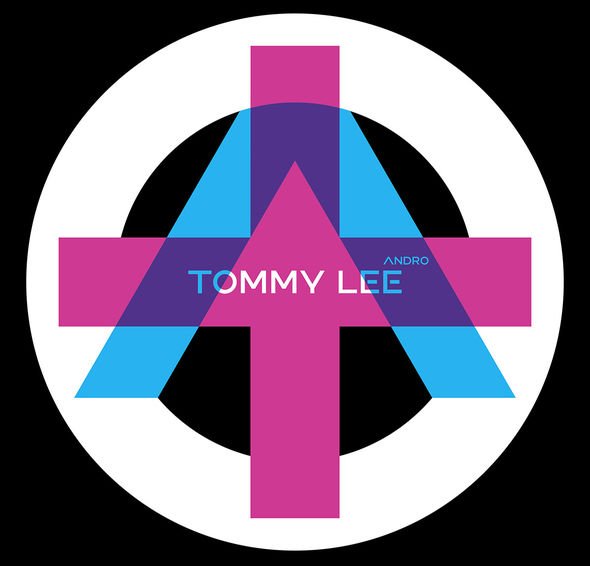 Q: Speaking of social media, how do you think your entire music career and your life would have played out differently had there been social media back then?

A: Oh man! I tell people this all the time, and it is a fact and it is the truth, that we got away with… when I say murder, I mean everything but the act of physically killing somebody. We carried on and we did anything and everything you could possibly imagine because there wasn’t social media. People were not carrying around a phone that had a camera on it all the time. If you were going to take a picture of something you needed to take a picture and get it developed at the one-hour photo place, and even that wasn’t always an hour. Sometimes it was a day. It was a free-for-all before social media. You didn’t have to worry about where you were and is this going to show up on Instagram in four minutes. A lot of fans that watched the Mötley Crüe movie The Dirt, will ask, “Is that really what it was like back then?” It was absolutely what it was like. And a lot of them feel like they missed out on that in their lifetime and they will never get to experience it. It was crazy back then. And when I say “back then” it wasn’t that long ago before [mobile] phones, cameras, and social media.

Q: How are people responding to your new album, ANDRO?  Some of the music has a metal sound and some of it has a pop sound, which is a departure for you.

A: Everyone that I’ve talked to loves it, and of course you have your occasional haters who are like, “This is bullshit, man. It doesn’t sound like Mötley.” Well, it’s not Mötley. Of course, it doesn’t sound like Mötley. And it’s not like this is some new thing. I’ve been doing this since 2000 with Methods of Mayhem which was my first solo venture. I’ve been cross-genre-pounding-hybrid making cool stuff since 2000. I don’t think it’s a big surprise to many people. The majority of people are digging it, and in Australia, the ANDRO album was number six on the Alternative Chart, which is super cool. Alternative and pop are kind of the same to me, and I love pop music. I love good music and I don’t care whether it’s pop or what genre it is. It’s called pop because it’s popular. At the end of the day, I just dig good music. 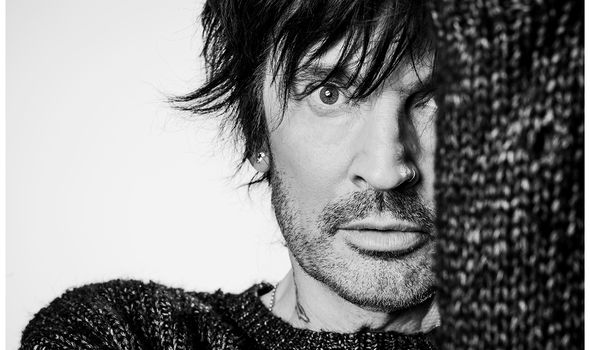 A: Are you familiar with what they call “Squirrel Suits (bodysuits used for wingsuit flying that resembles a flying squirrel)?” You see those guys that fly in those suits. They’re like wings when they open up. People put on this suit with wings and a webbed fabric and they fly. I want to try that. I’m going to be a bird one day (laugh). That is on my list. I’m just kind of waiting for the right time to do that because it’s not like you just go up and jump off the Swiss Alps and go and do it. You have to go through the training, which is incredible. There’s a guy that flies for Red Bull and he offered to help me. I have to do it.

A: Obviously, I came here to learn a lot because I have learned a lot and you can’t do that unless you have some years on this planet. It might fall under the musical category, because like I said, at a very early age, earlier than most, I was drumming and playing music. I think I’m here to teach and enforce the power of yourself and to be careful what you wish for. There have been many things that I’ve set out to do and people have told me “No.” No is not an option for me. I remember sitting on the corner of my bed thinking, “One day I’m going to play drums upside down, flying around in a rollercoaster.” And I’ve done it!  When people told me it can’t be done, I said, “That’s bull. It can be done.” Anything can be done.

Allison Kugel is a syndicated entertainment and pop culture columnist and author of the book, Journaling Fame: A memoir of a life unhinged and on the record. Follow her on Instagram and AllisonKugel.com.