Home » Lifestyle » Top 10 sportsmen of all time revealed with Tiger Woods, Muhammad Ali, Messi and Federer.. but no Ronaldo or Mayweather – The Sun

Top 10 sportsmen of all time revealed with Tiger Woods, Muhammad Ali, Messi and Federer.. but no Ronaldo or Mayweather – The Sun

EVEN without pubs open, it remains the subject for the mother of all bar-room debates.

Who are the top ten greatest sportsmen of all time – from any sport, any era and any nation?

And how do we even decide? By how dominant they were? Or by how many honours they’ve won? Or by the worldwide resonance they have had beyond their sports, through sheer force of personality?

We know we’re comparing apples and oranges here, but all of these men are top bananas.

Narrowing down this to just ten means that many legendary all-time greats do not make the cut, such as Cristiano Ronaldo, Michael Phelps, Babe Ruth, Wayne Gretzky, Jack Nicklaus and Floyd Mayweather.

Then there are Britain’s greatest – men like Ian Botham, Steve Redgrave, George Best, Bobby Moore, Bobby Charlton, Andy Murray and Lewis Hamilton, none of whom make it into SunSport’s hall of fame.

IT is not just the mountain of gold medals – eight Olympics and 11 World Championship titles – which single out Jamaica’s Usain Bolt as the greatest track-and-field athlete of all.

Nor even the fact that his 100m world record of 9.58secs has stood for more than a decade.

It was Bolt’s charisma and showmanship which lifted his sport and transcended it – at a time when the vast majority of his main rivals were convicted drug cheats. 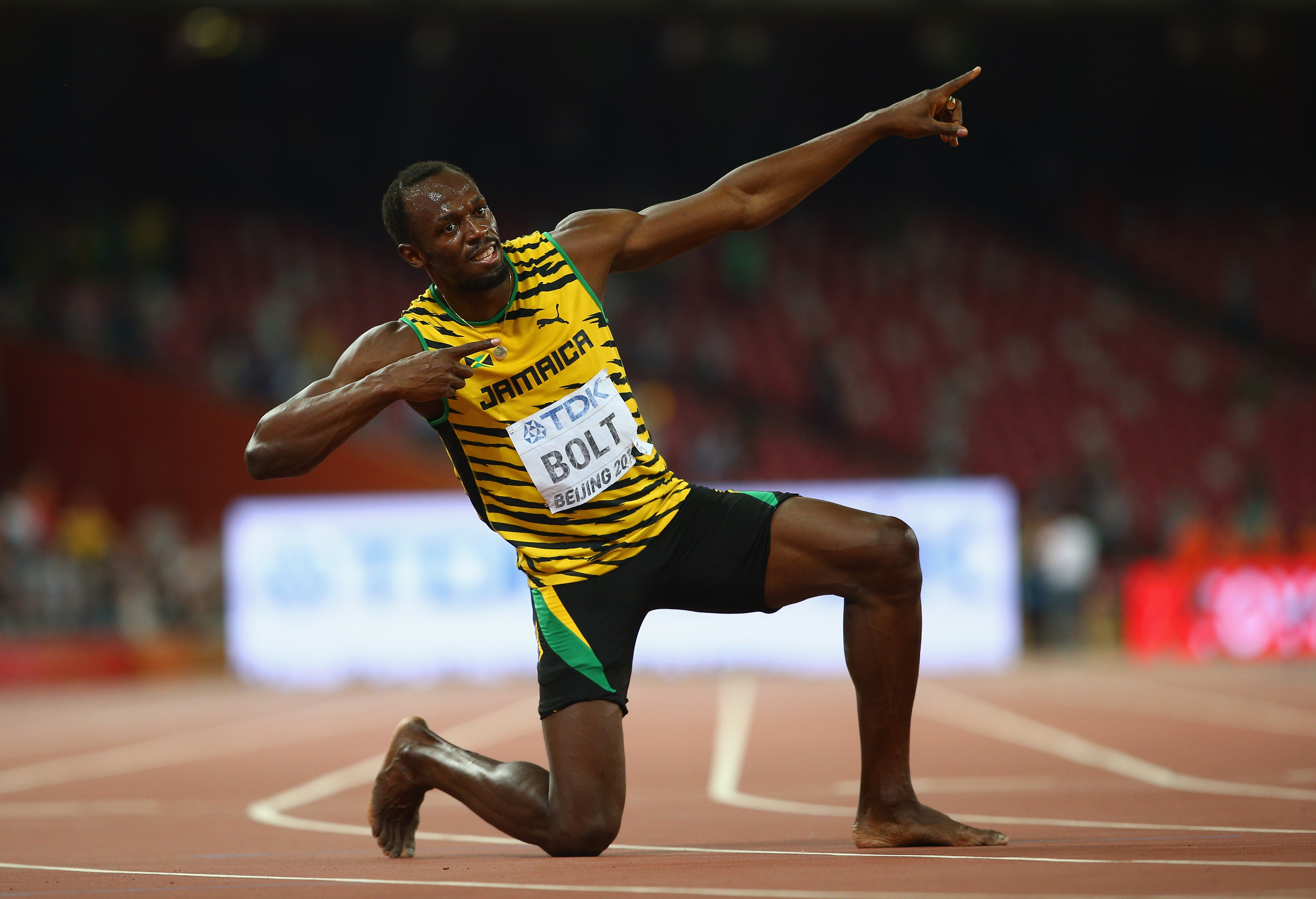 NO other footballer in history could lift ordinary teams to greatness in the same manner as Argentina’s fat controller.

Maradona won the 1986 World Cup as the nearest thing to a one-man team the competition has ever seen.

His second goal in the quarter-final against England was arguably the greatest individual goal in history (we won’t mention his first goal here).

He also transformed Napoli from provincial also-rans into two-time Serie A champions, when Italy boasted the strongest league on Earth.

There were major controversies throughout Maradona’s career and a long battle with drug addiction, yet nobody who witnessed his mastery of a football can ever deny his genius. 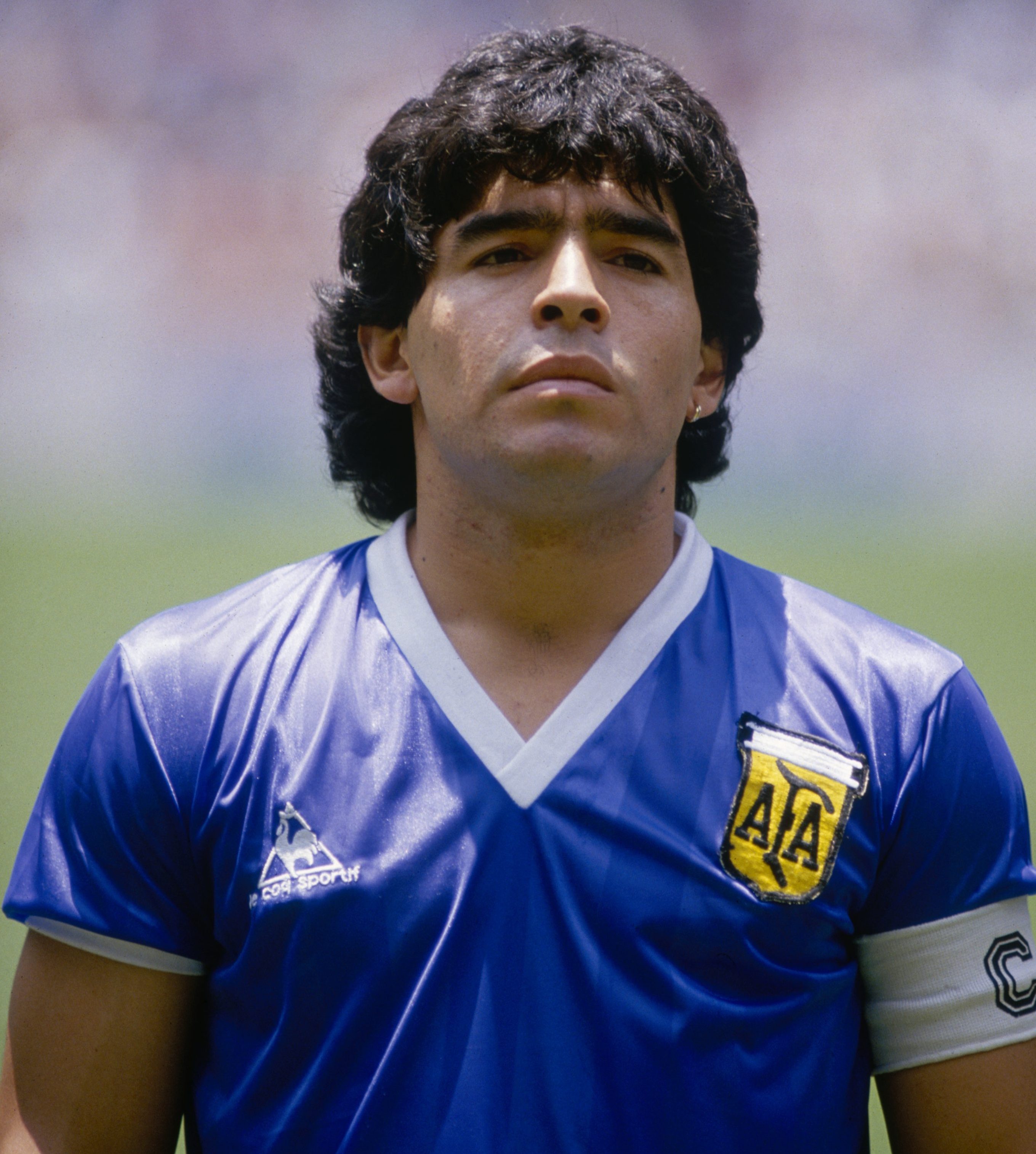 ANOTHER Argentinian No 10 and perhaps the most sublimely-gifted footballer of all.

Unlike Maradona, Messi hasn’t won the World Cup and has also had the luxury of playing his entire club career in world-class Barcelona teams.

Yet Messi’s 627 goals in 718 games for Barcelona would be a staggering enough had he been an out-and-out centre forward.

He is La Liga’s all-time leading scorer, has collected a club-record 34 major trophies, including four Champions Leagues, and has been awarded a record six Ballon D’Ors.

Messi’s career-long rivalry with Cristiano Ronaldo has been extraordinary – yet those who appreciate balletic beauty in football, will always choose the Argentine over the Portuguese.

NO other sportsman in history gained such symbolic worldwide political status as Owens, the black American who won four gold medals under Adolf Hitler’s gaze at the 1936 Berlin Olympics.

Owens smashed the Nazi myth of Aryan racial supremacy as he won golds in the 100m, 200m, sprint relay and long jump – a feat not equalled until 1984 by Carl Lewis.

The previous year in Michigan, Owens broke three world records and tied another in less than an hour.

Yet Owens claimed that Hitler had privately shaken his hand, while he had been snubbed by US president Franklin Roosevelt, who ‘didn’t even send me a telegram’. 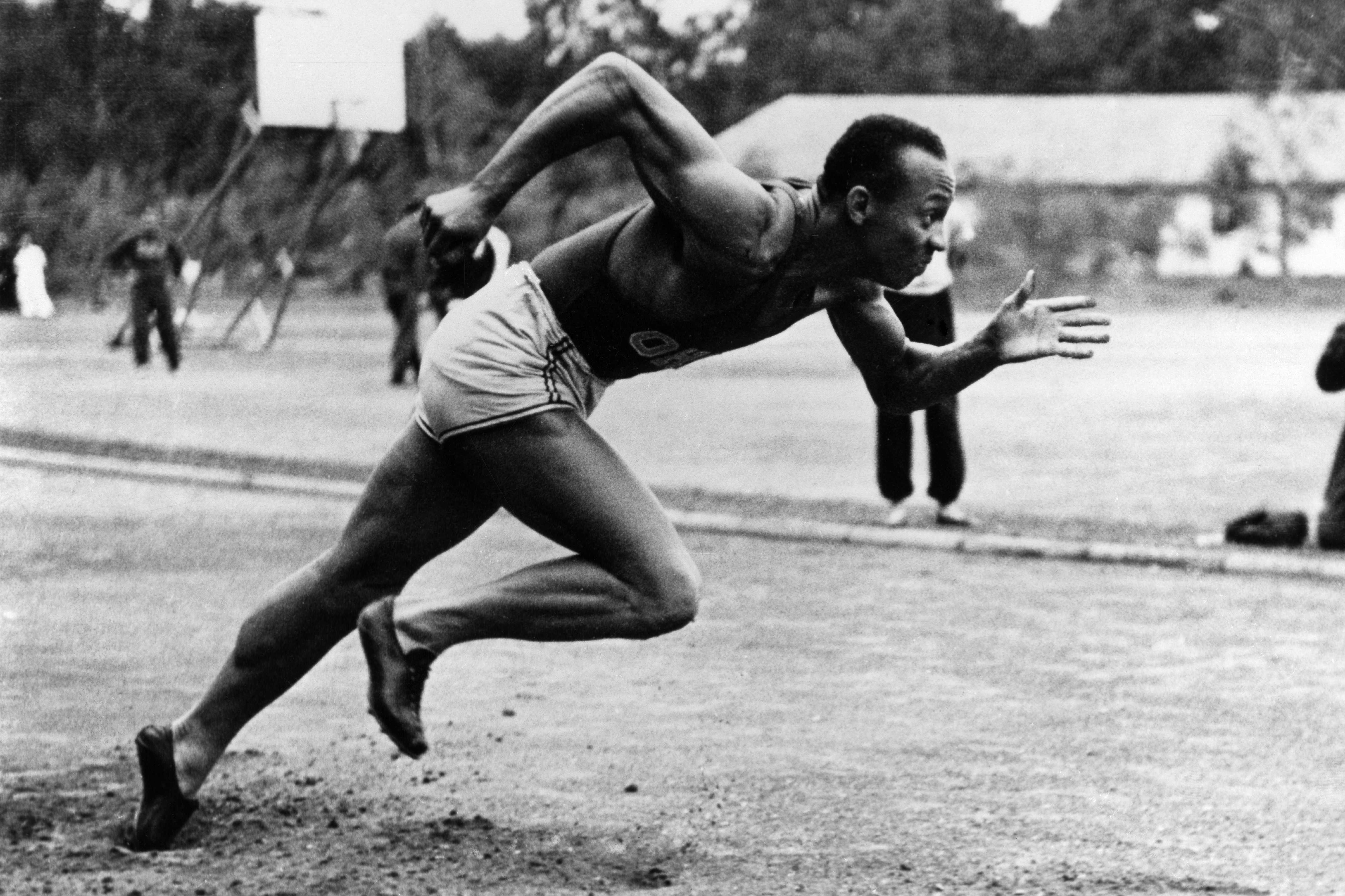 IN a crowded field, Jordan is basketball’s greatest and most marketable player.

Like Maradona, Jordan could propel a bang-average team to glory, winning six NBA titles with the Chicago Bulls in the 1990s, with five Most Valuable Player awards and ten scoring titles.

Overcoming career-threatening injuries in his early days and gambling addiction at the height of his powers, Jordan brought his sport to a wider global audience and made millions through Nike’s Air Jordan trainers.

As proved in the recent hit Netflix documentary, The Last Dance, Jordan was one of a kind. 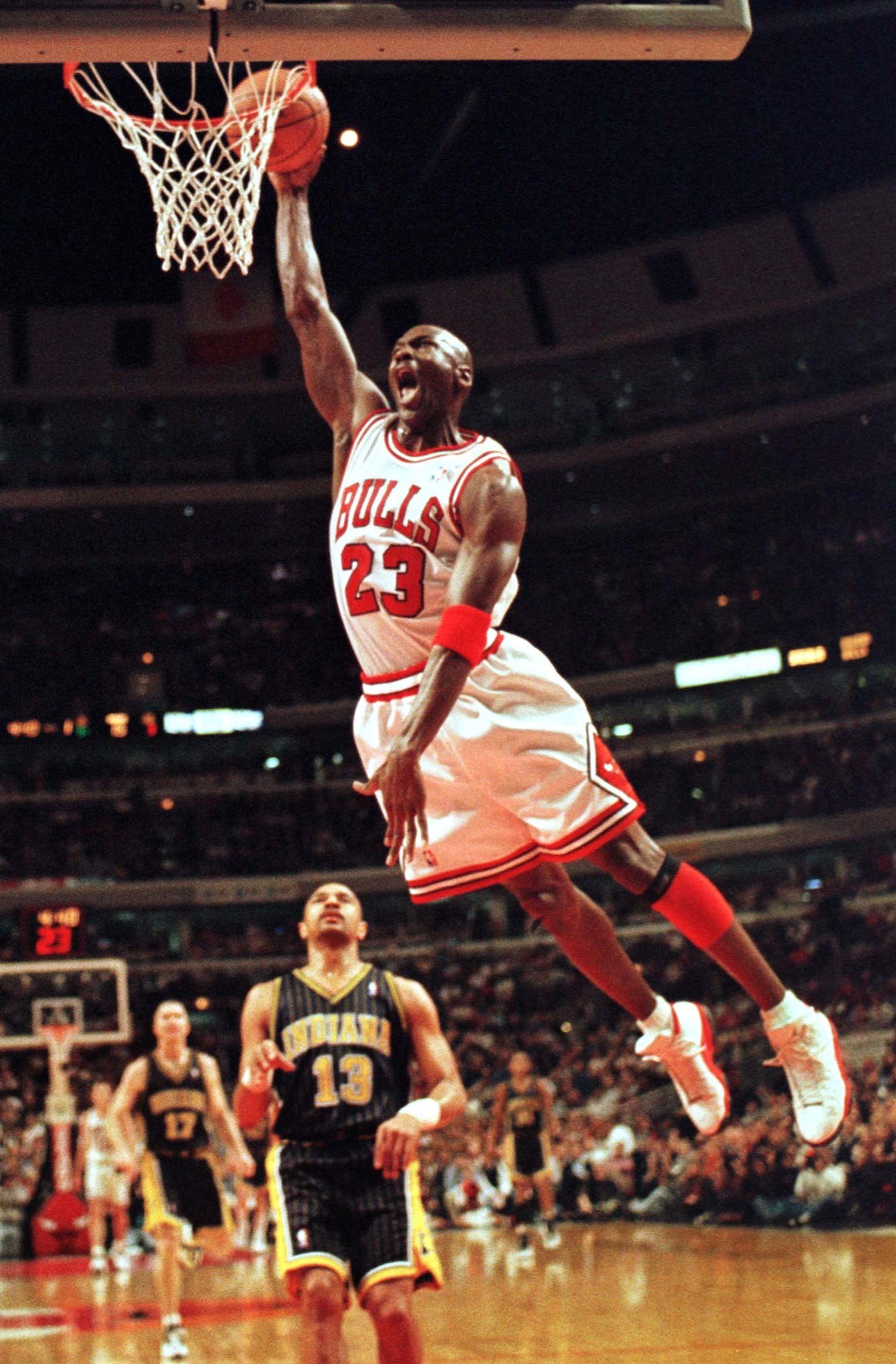 WITH a record 20 men’s Grand Slam singles titles, including an unsurpassed eight Wimbledon Championships, Federer is clearly an all-time great.

Yet what ranks the Swiss matter so highly on this list is the level of competition he has faced throughout his career – rivals Rafa Nadal and Novak Djokovic are second and third on the all-time list of men’s Major winners.

And while Nadal has brute force and Djokovic a robotic efficiency, Federer’s supreme grace and guile, as well as his gentlemanly manner, have made him such a worldwide favourite.

Federer’s renaissance to win three Majors while aged 35 and 36, after major knee and back injuries, also underlines his outstanding longevity.

WHILE Jack Nicklaus may still have more Major wins than his fellow American – 18 for the Bear, 15 for Tiger – Woods has the most astonishing career story of any golfer.

No player has ever been more dominant than Woods at his peak – he held all four Major titles at the same time after taking the Masters green jacket in 2001.

Woods was a pioneer as a mixed-race player in a white-dominated sport and his achievement in winning last year’s Masters at the age of 43 – 11 years after his previous Major and following physical and mental breakdowns – ranks as perhaps the greatest comeback in all sport. 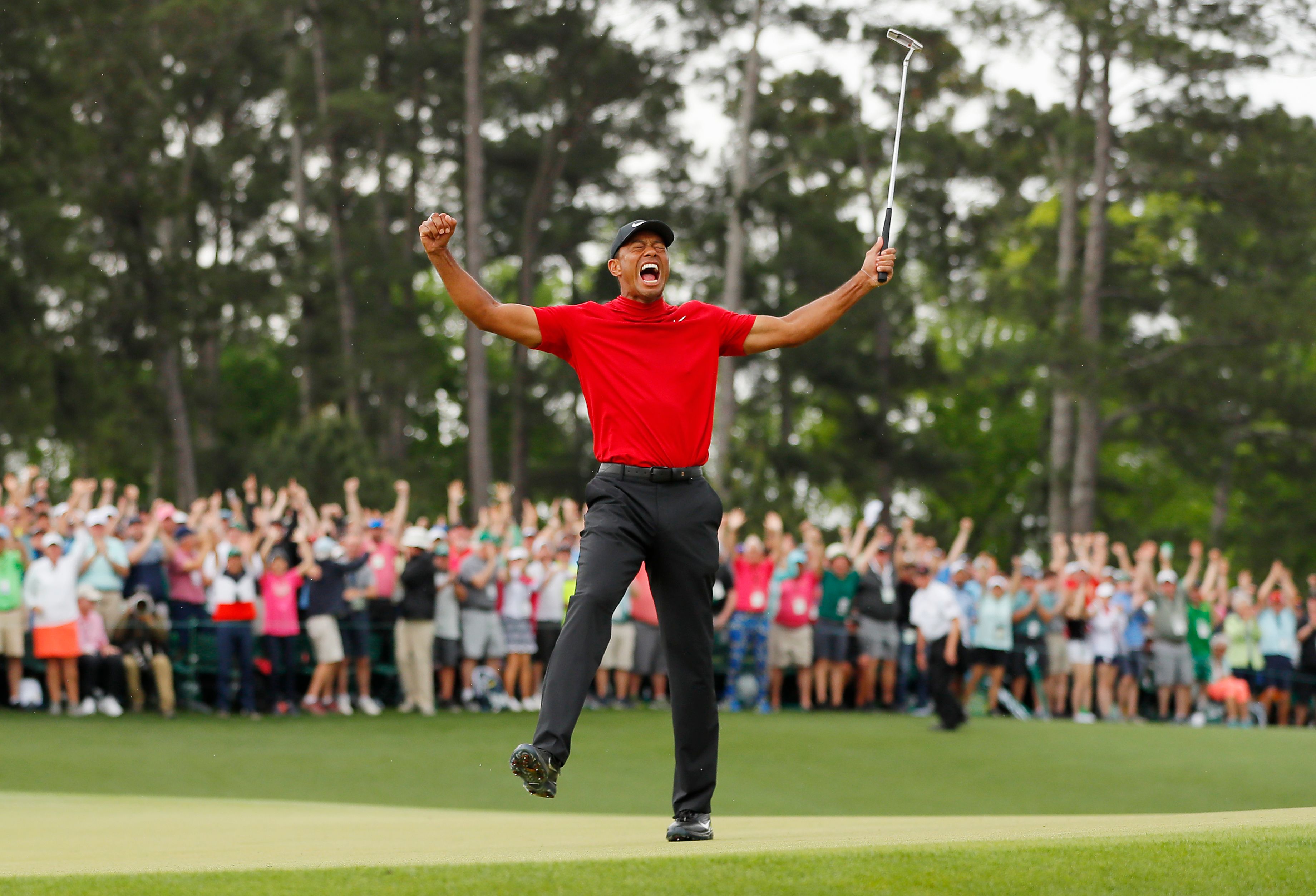 THERE are now three genuine contenders to Pele’s once-undisputed crown as the greatest footballer of all time – Maradona, Messi and Ronaldo.

But Pele’s supreme contributions to Brazil’s World Cup triumphs in 1958 (as a 17-year-old) and in 1970, as well as his phenomenal goalscoring record, still make him football’s GOAT.

Pele claims to have scored 1,281 goals – although the figure in official matches is said to be 767.

Yet Pele was not merely a great goalscorer but a scorer of great goals, as well as a magnificent all-round footballer, whose coining of the phrase ‘The Beautiful Game’ makes him the high priest of the world’s favourite sport.

AUSTRALIA’S master batsman is the only one on this list who did not compete in a truly global sport – yet there is no one in history who has been so far superior in his chosen sport than any other man who ever played it.

Bradman’s iconic Test batting average of 99.94 – it would have been over 100 had he not scored a duck in his final knock – makes him more than 50 per cent better than any other player in cricketing history.

Steve Smith’s current average of 62.84 is the next best for any player with a substantial career.

England devised their brutal ‘Bodyline’ tactics in an attempt to stifle him – causing a change in the laws of cricket.

But Bradman ended his international career by captaining the great Australian ‘Invincibles’ on their unbeaten tour of England in 1948. 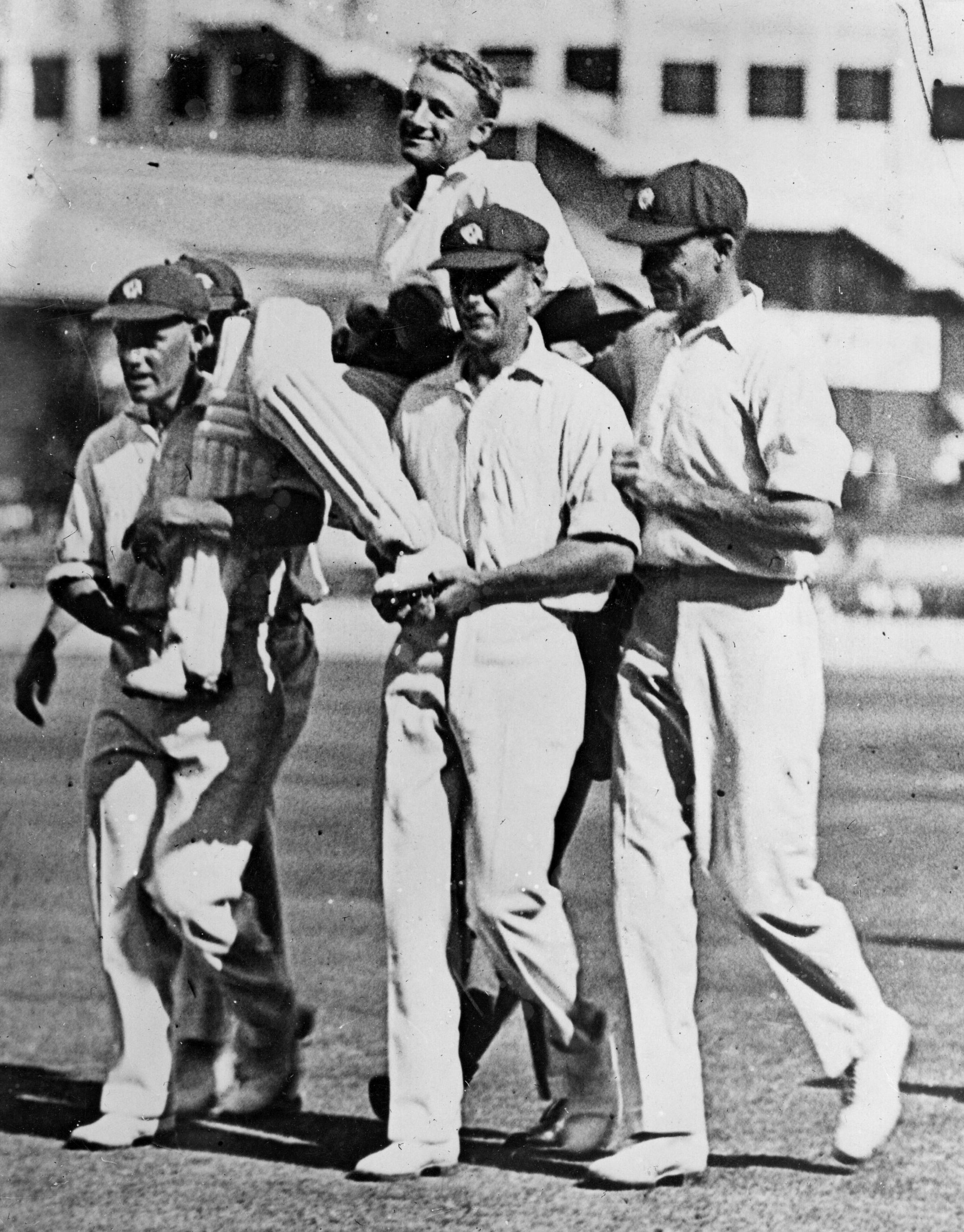 HE called himself ‘The Greatest’ and we are not going to disagree.

Ali was a three-time heavyweight champion who won some of boxing’s greatest fights – including the ‘Rumble in the Jungle’ against George Foreman’ and the ‘Thrilla in Manila’ against Joe Frazier as well his stunning upset of Sonny Liston to claim sport’s greatest mantle for the first time.

Yet Ali was far more than a master of the sweet science, he was a civil rights activist, a street poet who pre-empted hip-hop and a bombastic, charismatic showman adored the world over.

By refusing the military draft for the Vietnam War, Ali lost four of his peak years, yet he won back his crown by defeating Foreman in Kinshasa in that epic 1974 Rumble.

He floated like a butterfly, stung like a bee, defied his government and beggared belief – a descendant of Kentucky slaves who became the most famous man on the planet. 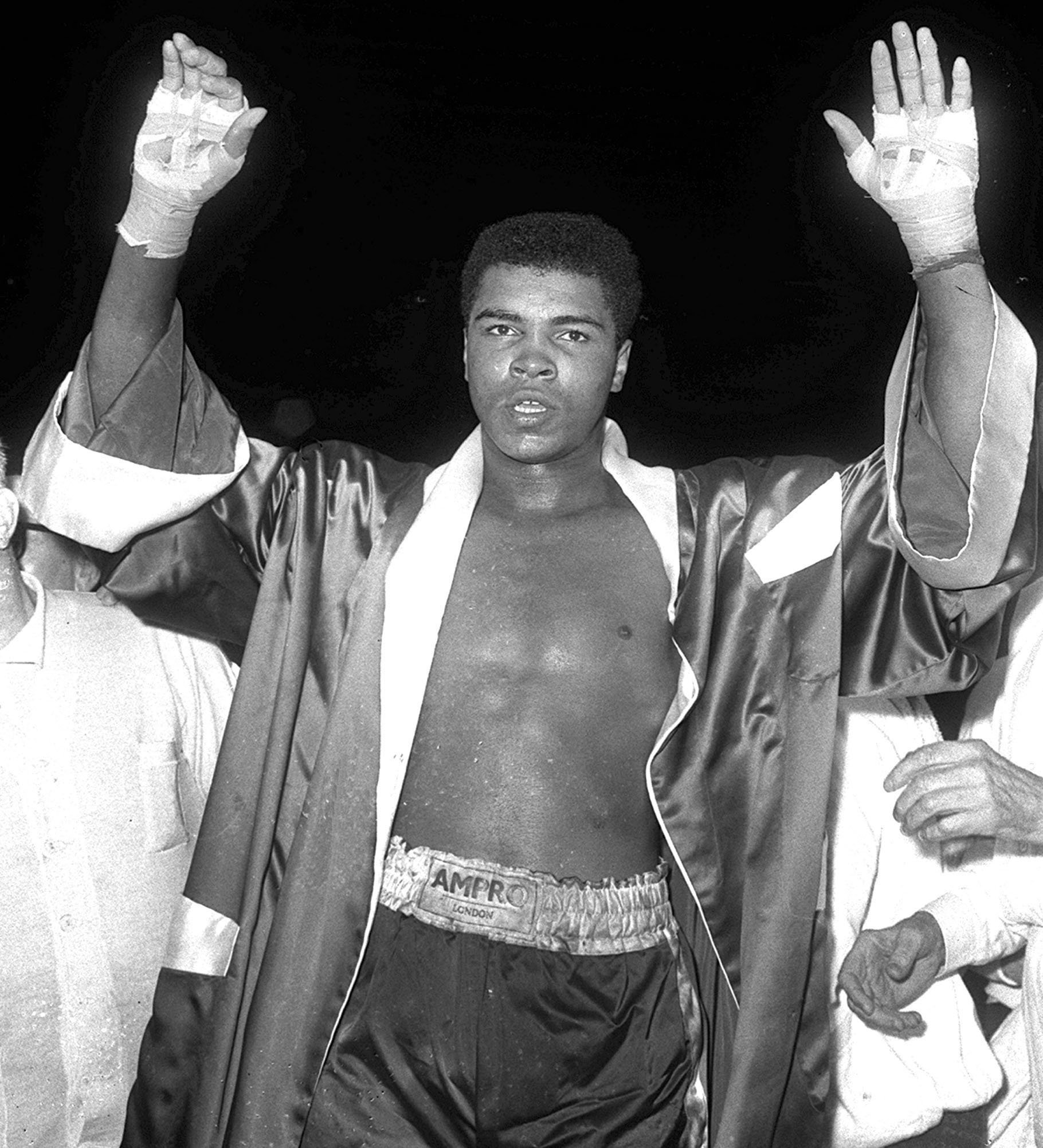