Toyota unveiled a new robot that can tackle domestic chores like clearing tables and wiping down countertops and other surfaces.

A human can easily tell an object apart from its reflection, but ‘transparent or reflective items commonly found in the home befuddle today’s robots,’ according to a statement from the Toyota Research Institute (TRI).

‘Since most robots are programmed to react to the objects and geometry in front of them without considering the context of the situation, they are easily fooled by a glass table, shiny toaster or transparent cup,’ TRI said.

‘This combination enables researchers to use large amounts of synthetic data to train the system.’ 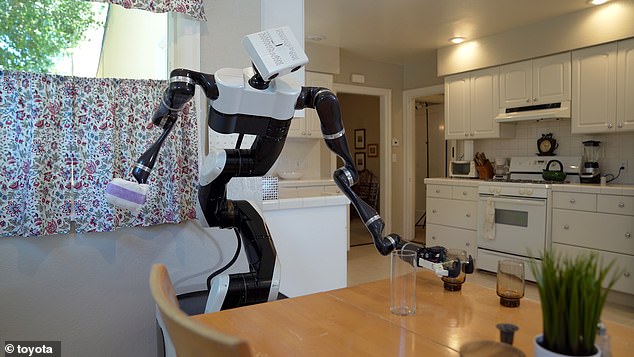 In a demonstration video, the Toyota robot removes the clear glass off a shiny table, wipes down the counter and moves the cup to the sink

In a video posted Monday to the TRI blog,  a robot is seen cleaning up in the kitchen—picking up a clear glass while wiping down the table beneath it and placing the cups in the sink. (Since Monday was National Selfie Day, it also took a picture of itself.)

Waiters shouldn’t worry they’ll be out of a job just yet, said Bajracharya, as the goal ‘is to build robotic capabilities that amplify, not replace, human abilities.’

Toyota has shown off various robots before, including one that played a violin.

Last year, the company unveiled a 6ft-10 inch droid, CUE 4, that could run around a basketball court, pick up a ball and make a basket. 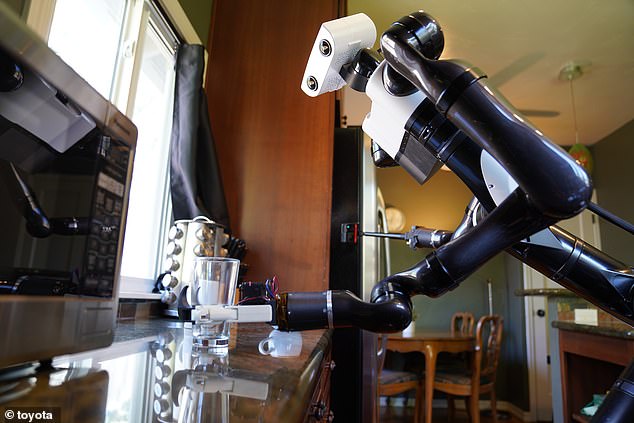 While other robots have problems discerning between a real object and its reflection, TRI’s robot is able to perceive the 3D geometry of the scene ‘while also detecting objects and surfaces’ 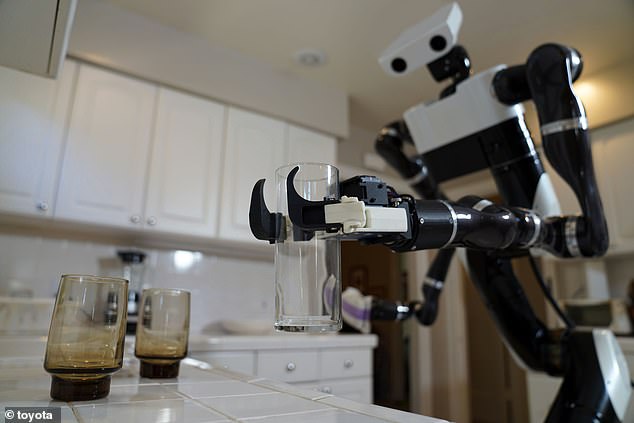 The robot could be useful in performing domestic chores for an elderly person,  as the number of human workers available to complete such tasks is dwindling

This week’s demonstration, however, illustrates the focus Toyota is putting on domestic robots that can do household chores.

As Japan faces a super-aging society and shrinking workforce, the number of humans workers available to complete such tasks is dwindling.

Japan has the highest proportion of senior citizens in the world, with a third of the population over the age of 60, according to the Japanese Statistics Bureau.

The country’s population has begun to dwindle since 2011, as its birth rate also declines. 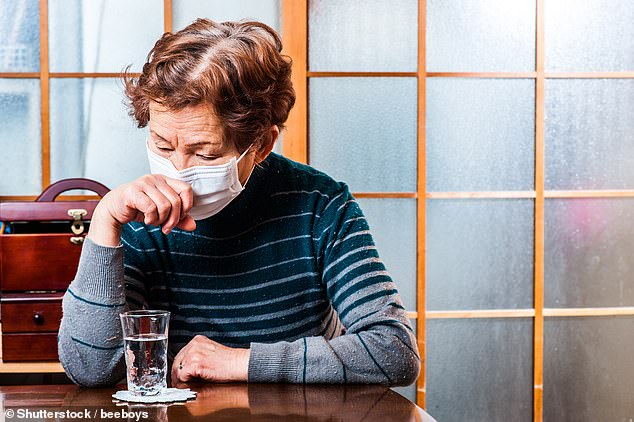 Japan has the highest proportion of senior citizens in the world, with a third of the population over the age of 60

Unlike other industrialized countries struggling with lower birth rates, Japan has failed to increase its population by accepting more immigrants.

That year, foreigners made up just under 3 percent of Japan’s population, according to Statista, compared to 13.7 percent in the US and 12.7 percent in Germany.

Projections by the Japanese Health Ministry predict that the population will plunge to less than 87 million by 2060, creating a major economic problem.

Fewer people means fewer workers paying taxes to support an aging population in need of pensions, healthcare and other services.