Midfielder David Silva’s contract with Manchester City is due to end on 30 June but the Spaniard, 34, is willing to extend it until the end of the campaign, his last with the club. (Times – subscription required)

Manchester United have been scouting Schalke’s Wales winger Rabbi Matondo and could make a move for the 19-year-old if they fail to sign Borussia Dortmund and England forward Jadon Sancho, 20. (Manchester Evening News)

Chelsea target Dries Mertens is looking to stay in Serie A if his Napoli contract runs out, with Inter Milan also interested in the 33-year-old Belgium forward. (Mail) 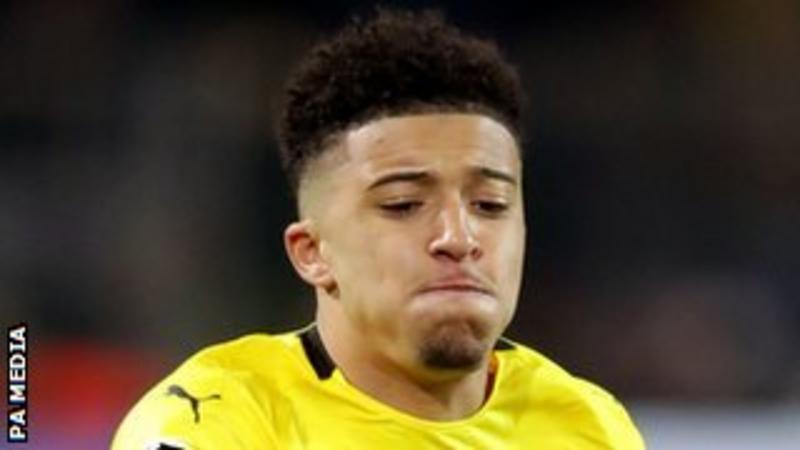 What you need to know as Germany’s top flight resumes…

Bayern Munich and Poland striker Robert Lewandowski, 31, has advised 19-year-old Norway forward Erling Braut Haaland – who has been linked with Manchester United and Real Madrid – to continue his development at Borussia Dortmund. (Metro)

Brazil midfielder Philippe Coutinho’s agent says he has not held talks with any clubs about the 27-year-old Barcelona player, who is on loan at Bayern Munich. (Talksport)

Southampton’s English striker Che Adams is set to be made available in the summer for £10m or less – despite Championship side Leeds United agreeing a £19m fee for the 23-year-old in January before changing their mind. (Football Insider)

Manchester United’s 19-year-old England Under-20 midfielder Angel Gomes, whose deal with the club runs out this summer, has not signed a new contract because of doubts over breaking into the first team and the club targeting similar aged players. (Manchester Evening News)

Leeds United could make a move for TottenhamHotspur and Argentina defender Juan Foyth, 22, if they are promoted to the Premier League. (Football Insider)