Home » Lifestyle » ‘Treasurer for NSW’: Independent goes on the attack against Frydenberg in Kooyong debate

‘Treasurer for NSW’: Independent goes on the attack against Frydenberg in Kooyong debate

Monique Ryan, the independent challenger for the crucial Liberal seat of Kooyong, launched a piercing attack on Treasurer Josh Frydenberg at a debate on Thursday, accusing him of being the “Treasurer for NSW,” and his government of doing nothing good for almost a decade.

The so-called teal independent put Frydenberg in a defensive posture at times during an absorbing hour-long debate in Hawthorn, at which the Treasurer billed climate change as one of the world’s greatest dilemmas and emphasised Australia’s strong pandemic performance compared with similar nations. 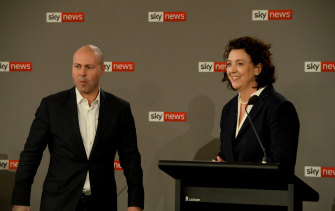 Seeking to tie him to more conservative government figures, such as Deputy Prime Minister Barnaby Joyce, Ryan described Australia as already being ruled by a minority government because of the Liberals’ coalition with the Nationals. She also squared off on areas considered government strengths, including financial management and foreign policy, arguing its “macho” rhetoric towards China had damaged the trade relationship.

“The legacy of Mr Frydenberg’s government is going to be a toxic miasma of division, disappointment and debt,” she said in her summing up, adding that real wages were decreasing, debt rising and rosy economic headline figures did not represent how people felt.

“This government has done nothing good for us in the last nine years … for Mr Frydenberg politics is about power. For me, it’s about people.”

Frydenberg, who was mostly restrained but occasionally drawn into responding to barbs, retorted: “Politics for me is about people, thank you, Monique.” 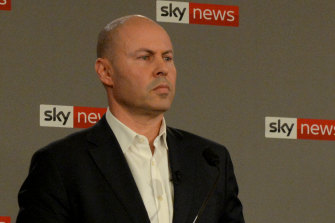 Treasurer Josh Frydenberg listens as his rival speaks at the debate.Credit:NCA NewsWire

Naming a number of local constituents he had personally helped, Frydenberg spoke of his family’s deep roots in the electorate and said the two-party system that delivered stable majority governments was needed now more than ever to legislate emergency policies such as JobKeeper and the AUKUS pact to counter China.

“We do not in Australia need the uncertainty, the chaos and the confusion of a hung parliament,” he said. “We need the stability and strength and certainty of government. I have a lot of work still to do. I need your support to do it at the ballot box.”

On the two key themes of the teal independents, climate change and establishing a federal anti-corruption commission, Ryan was firm.

She rejected the notion that the Coalition was reducing emissions, claiming that since 2015 emissions had increased by 4 per cent if you excluded the “fudging” of land usage and forestry-based emissions. “This government does not have a real commitment to net zero by 2050,” she said. 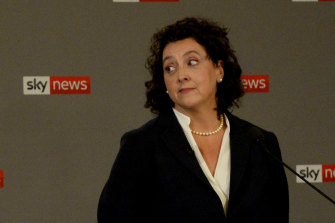 Frydenberg, challenged over whether the Nationals were committed to net zero, insisted: “We will get there. We have the costed plan to get there in the budget.”

“We’ve invested in everything from microgrids to new clean hydrogen facilities. We have Snowy 2.0 that’s been built as a big battery for the east coast of Australia,” he said.

Ryan claimed the government opposed a new integrity agency with teeth because it “knows what we will find”.

Frydenberg said he supported an integrity commission, but believed it should not be able to launch investigations and hold public hearings based on tip-offs about politicians from members of the public, saying this would be weaponised.

“[Being publicly exonerated] will be cold comfort for a politician who’s been hounded by their electorate and maybe, in some cases, forced to resign,” he said.

The debate came after days of conversation about whether it was appropriate for Frydenberg to tell supporters at his campaign launch that Ryan’s mother-in-law told the Treasurer she would vote for him. Ryan has said it was a shame the episode had occurred and her relative had received distressing calls from strangers. Frydenberg has not apologised.

The dislike of each for the other was at times apparent. When Ryan suggested Frydenberg’s knowledge of her statements in media interviews was a sign of respect for her, Frydenberg was silent.

Ryan argued Frydenberg was a right-winger not a moderate Liberal and claimed that, as “Treasurer for NSW,” he could not grasp the struggles of Victorians during the pandemic.

“You weren’t here,” she said, claiming he had no knowledge of the strain on the state’s hospitals.

Frydenberg, detailing his family’s history in the medical profession, responded: “I’m not going to be insulted like that.”

The Coalition will likely highlight Ryan’s response to a question on tax, in which she said it was “not my job as an independent to come up with a fully fledged idea for tax reform for this country.”

The room was filled with about 50 undecided voters (organisers hoped for 100 but could not find enough) who raised questions about superannuation for women, the desirability of nuclear weapons, child labour in electric vehicle battery supply chains, the potential benefits of a hung parliament and trade with China.

Noel McDonald, in his 50s, said the debate had swung his vote to the Treasurer. “It was a very good performance by Dr Monique Ryan, but she just did not have enough facts,” he said.

Lucy, who has previously voted for the Greens and preferenced the Liberal Party second, said the independent’s performance meant she would vote for her.

“I can no longer vote for someone just because they are a nice person,” Lucy, in her 30s, said.

Ryan also faced questions about her links to the Labor Party, of which she was a member between 2007-10.

She acknowledged her membership but argued she was fundamentally a “person of science” who was only left her job as director of neurology at The Royal Children’s Hospital because she believed she could address the alarm of scientists on the issue of climate change as an independent MP.

“Calling me any number of names won’t change that,” she said.

Cut through the noise of the federal election campaign with news, views and expert analysis from Jacqueline Maley. Sign up to our Australia Votes 2022 newsletter here.