One of Apple’s current TV commercials begins with a very recognizable sound: the dinging of an iPhone alarm.

The noise certainly lets viewers know immediately that the ad is for the iPhone 11, but it’s had a less favorable consequence too, setting heart rates racing among viewers who are used to waking up to the noise every day.

And they are not happy about it. On Twitter, hundreds of iPhone owners have tweeted furious responses to the commercial, calling it ‘triggering’ and ‘the worst thing ever’ while calling for the company to remove the ad now. 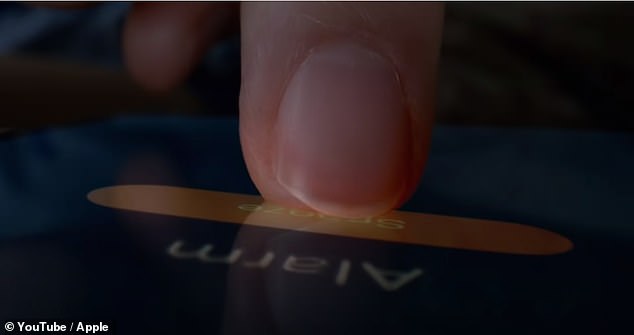 Triggering: One of Apple’s current TV commercials begins with a very recognizable sound: the dinging of an iPhone alarm 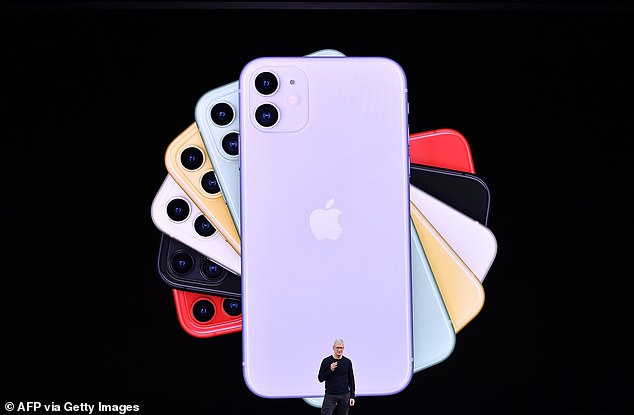 Stress-inducer: The ad debuted back in September with the launch of the iPhone 11, but has been playing frequently on Hulu lately

The ad — which, at its full length, is two minutes — actually debuted globally back in September with the launch of the iPhone 11.

It starts with a black screen and the sound of the alarm going off for several seconds before a woman in bed lifts her finger and hits the orange Snooze button.

Right away, it received some backlash on Twitter from users around the world, but apparently not enough for the company to rethink running it.

More recently, though, the commercial has been playing frequently on Hulu, where customers say that it’s getting on their last nerve.

‘The iPhone commercial that starts with the default alarm going off is probably not the best marketing strategy,’ read one of the kinder, more level-headed tweets.

‘Hey… Whoever came up with the iPhone 11 commercial that starts off with the loud a** alarm… go to hell,’ wrote an angrier Twitter user.

‘Whoever is responsible for putting the super loud iPhone alarm clock tone in this Hulu commercial should be sent straight to the electric chair, with no trial,’ raged one more.

Others have chimed in to say that the ad is ‘cruel,’ the ‘worst thing ever,’ ‘domestic terrorism,’ and that it’s ‘gonna be my last straw with them.’

‘Starting a commercial with the sound of my alarm is the quickest way to get me to switch to Android. You bastards,’ wrote one of several commenters threatening to boycott Apple over the commercial.

‘Who at Apple had the idea to start this iPhone 11 commercial with the alarm sound that might be one of the worst marketing ideas I’ve seen recently,’ another Twitter user wrote. 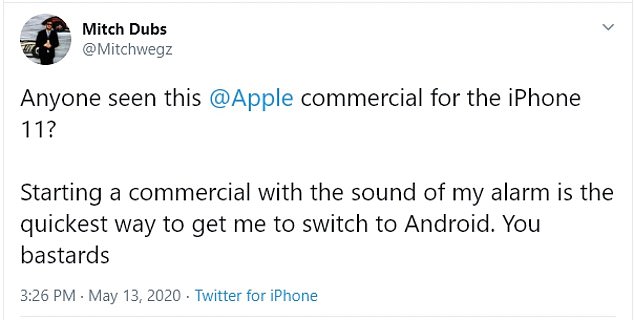 Furious: Some are calling for it to be banned, while others say those responsible for it should be fired

Many have tweeted that the ad gives them anxiety and ‘stresses them out, calling it ‘triggering’ and ‘traumatizing.’

Several have gone so far as to say that it gives them PTSD.

‘The new iPhone 11 commercial gives me PTSD… bad enough I have to hear my phone alarm every morning…’ wrote one.

Others simply want action, calling for the ad to be banned and those responsible for it to be fired or even arrested.

‘Whoever decided to have a v loud alarm clock noise for the beginning of that iPhone commercial has a special spot in hell,’ wrote one.