AMANDA NUNES should be “getting a million every fight” in UFC, according to her old rival Cris Cyborg.

The Brazilian made history on Saturday as she defeated Felicia Spencer to successfully defend the featherweight title. 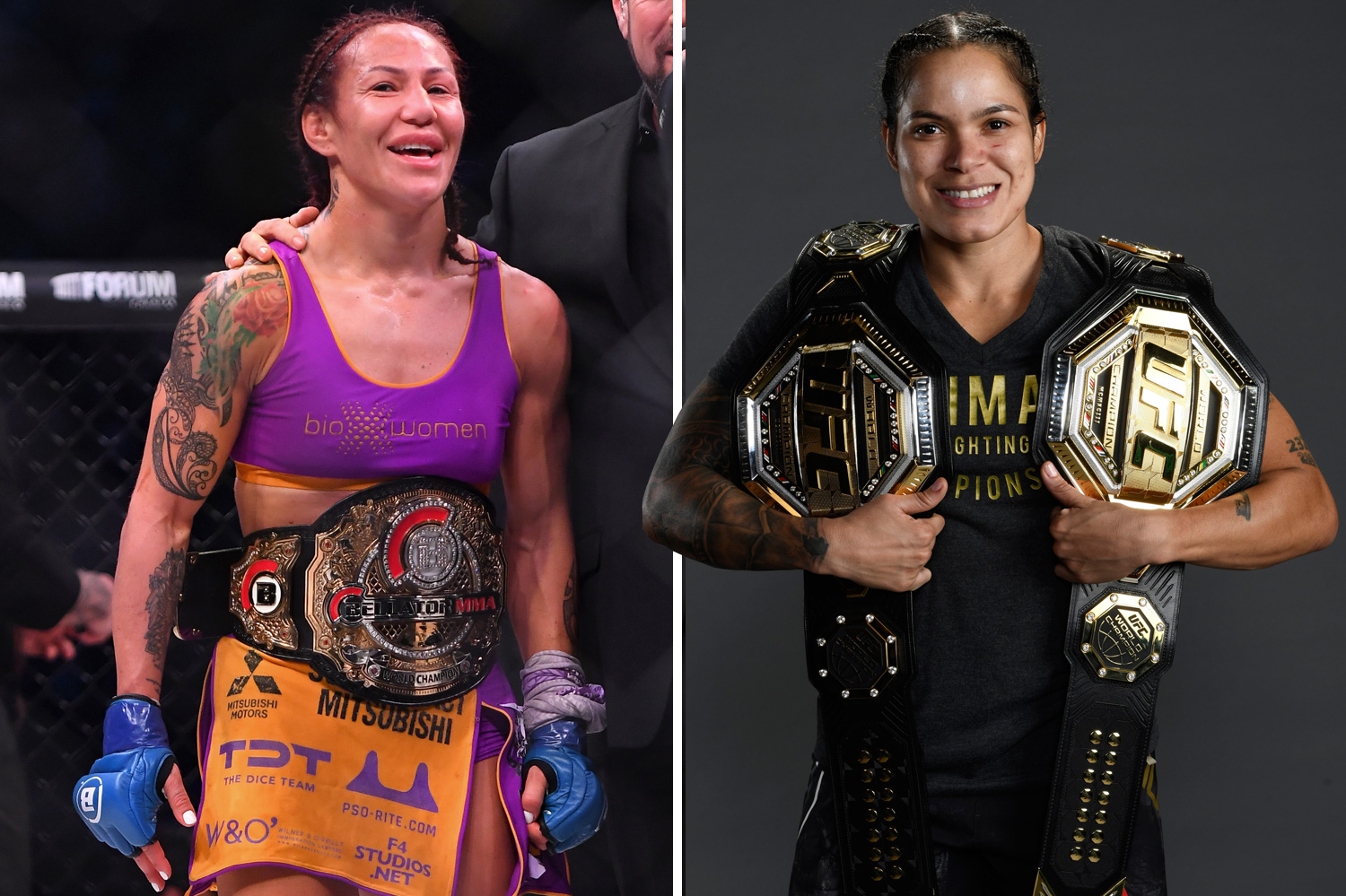 Nunes, 32, is also the bantamweight champ and is now the first person to retain two belts in different weights simultaneously after stretching her undefeated streak to 11 fights.

She jumped ship to rival MMA promotion Bellator and instantly captured the featherweight crown after publicly criticising how much UFC pays its stars.

And after learning that Nunes, who KOed her in 2018 to take the featherweight title, only pocketed £354,000 for the Spencer fight, Cyborg took aim at UFC again.

The 34-year-old said: “Nunes deserves to be getting a million every fight. “Hopefully with total compensation she’s getting that…”

The star is not the only one to speak out over fighter pay with several others hitting out in recent weeks.

UFC light-heavyweight champ Jon Jones has threatened to vacate the belt and Henry Cejudo has retired.

While Jorge Masvidal has also asked for his release due to his unhappiness.