The unidentified flying object or UFO was filmed over Vancouver in Washington, US, and the video was uploaded to the Mutual UFO Network (MUFON). According to an eyewitness statement, the doughnut was “metallic silver” and “flipped” through the skies at a constant speed. The video has since been analysed by UFO expert Scott C Waring of ETDataBase.com

In a post on his blog, the UFO expert said: “The eyewitness recorded a dark grey metallic doughnut-shaped UFO.

“In the video we actually see this object zoom around and do loops over his home.

“There are no wings, no lights, no sound that would reveal if it was a drone or not, but the video of its movements are quite remarkable.

“The wind is blowing and it’s raining a bit, but this object is staying overhead doing loops, how? 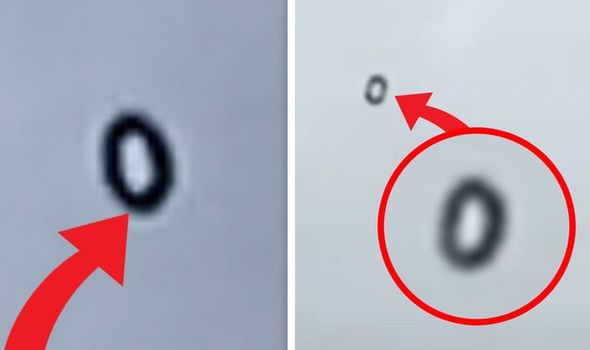 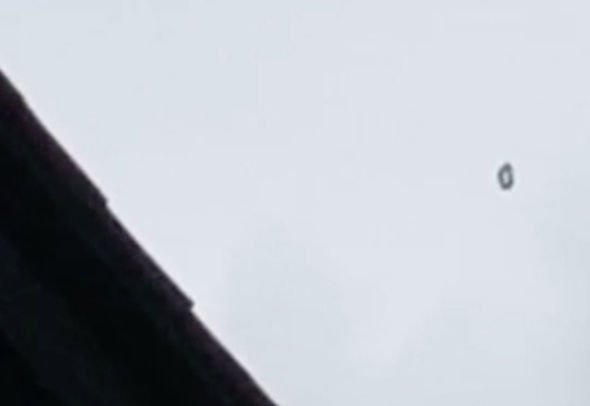 “I have heard of dark ring UFOs and reported a few, but this is the first time I have seen one move like this.”

Mr Waring went on to suggest the UFO could have been attracted to the storm.

He said UFOs are often seen near thunder and lightning storms.

Mr Waring suggested it could be a property of the static electricity in the air that attracts the attention of the mysterious objects.

However, not everyone who saw the video was convinced the UFO was not a loose ballon.

One person said on YouTube: “I don’t think that could have been a worse recording.

“From what little I was able to see it floated around like a balloon.

“Not often I see doughnut-shaped balloons but I have seen them as well as all sorts of others.

“Maybe if they hadn’t been so terrible with the camera I could have spotted an impossible movement for a balloon to make and rule that out.” 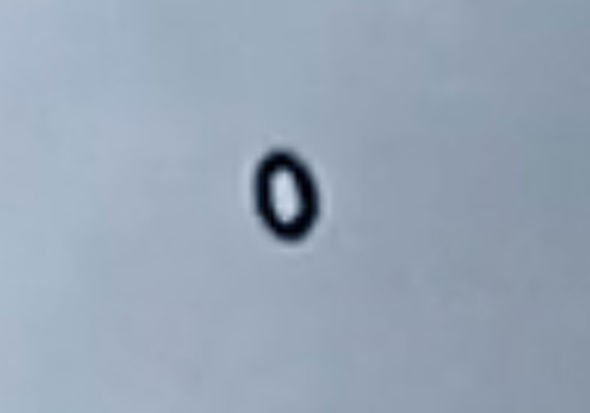 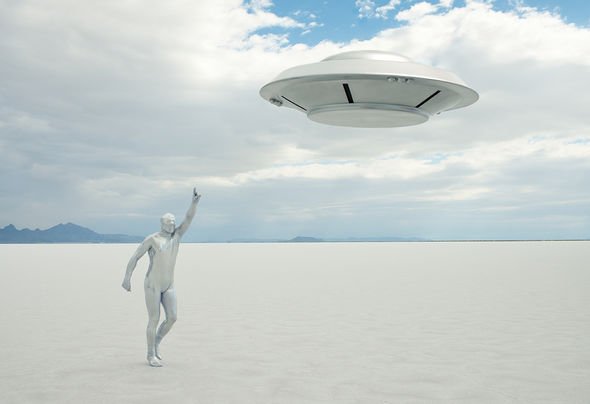 Another person said: “Nah, I call that a balloon. Probably some kid’s 10th birthday party – this is the zero.”

A third person said: “Why did I just waste three minutes watching a balloon floating in the wind?”

And a fourth person said: “That is part of a 2020 school celebration, the number zero flew away.”

But if the UFO can be explained by an escaped balloon, why would Mr Waring think it is an alien spacecraft?

According to famous astrophysicist Neil DeGrasse Tyson, many people jump to the wrong conclusion when presented with confusing data.

He told CNN: “The universe brims with mysteries.

“Just because you don’t know what it is you’re looking at doesn’t mean it’s intelligent aliens visiting from another planet.

“Scientists live in mystery every day of our lives.

“People are uncomfortable not knowing, not the scientists. I’m fine. We don’t know what it is. Keep checking it out.”