Home » Lifestyle » US racing tips: Templegate's best bets for the meeting at Gulfstream Park on Sky Sports Racing on Sunday

US racing tips: Templegate's best bets for the meeting at Gulfstream Park on Sky Sports Racing on Sunday

EARTH can make the most of his inside draw over this fast and furious five furlongs on the tight turf track. He has been running well enough and came off worst in a barging match when fourth here last time. He looks capable of hitting the frame again at the very least. 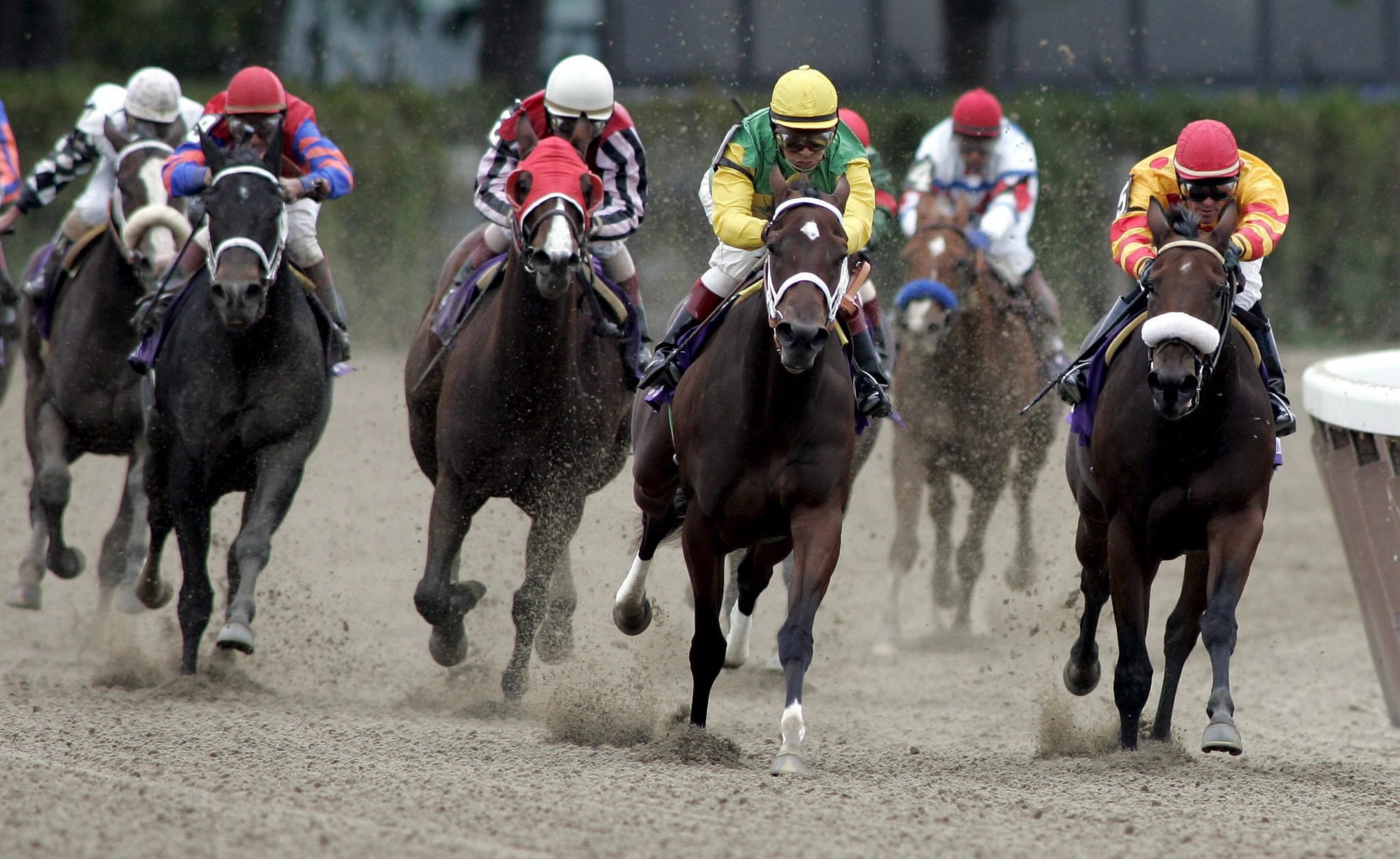 Oak Bluffs worked really well here the other day and has clocked some decent times on the grass. He has four wins at the track and looks a contender.

New York’s Finest is on the outside but has lots of early pace so could get across and run well.

QUEEN’S MASON has some decent form at tracks like Churchill Downs and was in dire need of his comeback from seven months off when fifth here last time. He faded in the closing stages and should be much sharper today. The yard does well with horses having their second run after a break.

Island Song finished off well over five furlongs latest when beaten half a length so this longer trip should suit. He’s another having his second run after a layoff.

Brother Aaron is taking a fair drop in class and has more to offer after just five starts.

TOONIE LOONIE has been running well in this grade with three placed runs in a row, all over this sort of trip. She has been clocking better times than today’s rivals consistently and can land an overdue win here.

Aznavour comes from a trainer in Victor Barboza that has a strong record in sprints. She looked in need of the run after a short break when forced wider here latest. With just four runs under her belt, there should be more to come.

SUZIE ITS YOU is worth a punt despite coming back from the best part of eight months off. She scorched to victory on that August debut in a stronger race than this. She has moved to trainer Bobby Dibona who wins with almost a quarter of his runners and she is bred to relish the switch to turf.

Broadway Peggy has won just one of her 26 starts but went close here last time when clocking her best time for a good while. A repeat of that could be good enough.

Bahamian Girl is dropping in class and could figure after a fair effort last time.

STARSHIP VOYAGER showed plenty of quality when finishing second a similar race to this on debut earlier this month. She was right up with the pace throughout before being run out of it in the final few yards. She clocked a good time for a newcomer and it wouldn’t take much more to get off the mark.

Goodbye Gaby was third in that race when forced wide at the turn before boxing on nicely. She can hit the frame again on her fourth start.

Independent Miss improved for the drop back to this trip after not getting home at a mile and should be in the mix again.

KAUFY BEAN was in excellent form when winning a stronger race than this by an impressive six lengths over course and distance last time out. He worked well earlier this week and the step up to a mile clearly unlocked his ability.

Over The Channel has some decent form over this sort of trip including when a decent second here latest. He didn’t get the clearest of runs so could be capable of better.

Azrael had something up his sleeve when scoring by two lengths on this turf track last time and stays in the same grade. He should be right there again.

BEYOND GONE has his sights lowered after a solid fifth over an inadequate five furlongs here earlier this month. He was in winning form the last time he tackled this distance and is proven at this level. The yard has a good record at this level too.

Captured By Fate goes up in grade on the back of a solid win over a furlong shorter last month. He clocked a decent time there and should be capable of better after just a couple of runs.

Travelin Gambler was second to Beyond Gone last time when pushed out wide turning in. He has a fair gap to bridge but should hit the frame.

SNEER has improved on each of her three starts including when second in a tight finish over a mile here last time out. Dropping back in distance looks a wise move because she was collared late on. She worked very impressively last week and is the one to beat.

Erv’s Wench was fifth in that race when clearly running out of petrol. She’s another who should be happy back at sprint level.

Feeling Funny went close on turf on just her second career run latest. She was sent off a short price so keep a lookout for market support today.

PROJECTED ran better than fifth place suggests here last time. He was boxed in for most of the race and did well to be beaten just over a length crossing the line. The yard has a strong record with beaten favourites like this.

American Ninja is coming down in class after a fair run over a similar trip latest. He’s got winning form in better races than this and should be in the mix.

Philo has been on the premises in slightly stronger company and usually finishes thereabouts. He could hit the frame at this level.

HOP KAT has been off for a year but won a stronger race than this by eight lengths on debut at Churchill Downs. He hasn’t been seen since but the booking of top rider Tyler Gaffalione catches the eye and market support would be telling.

Ournationonparade didn’t get home over a mile after going close on his most recent outing over this distance in February. He has worked well since that run and shapes like an improver.

Jake Rocks hasn’t shown a lot in races but has impressed in his public gallops and could run well.

QUEEN’SPLATE NOLAN has a wide draw to contend with but has plenty of other things going for him. He is dropping in grade today after not being asked too many questions on two runs so far. Irad Ortiz is a big upgrade in the saddle and suggests there could be significant improvement today.

Jack Beanstalk has gone close on his past two runs after being very well backed. He tried to force the pace last time and ran out of petrol so a steadier ride could pay dividends.

Flug caught the eye with his trackwork last week and is another who is capable of better.