Home » Lifestyle » US racing tips: Templegate's best bets for the meeting at Will Rogers Downs on Sky Sports Racing on Tuesday

US racing tips: Templegate's best bets for the meeting at Will Rogers Downs on Sky Sports Racing on Tuesday

THERUNAWAYROCKET found the longer distance stretching when fifth here last time. He was drawn in stall ten and did well to get in front just before the home turn. That effort took it out of him and he’ll do better from an inside berth here. 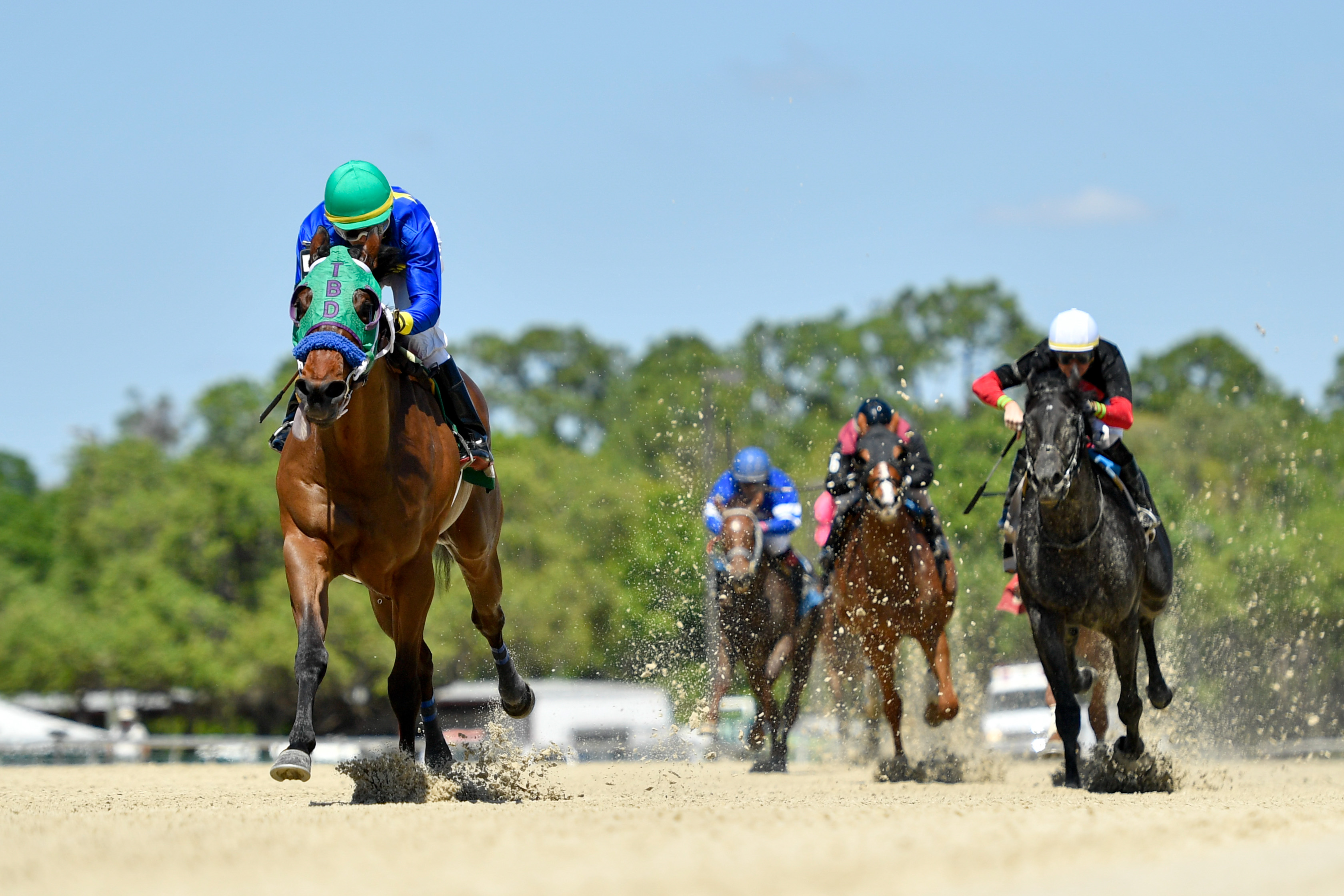 True Shipman is worth a look on this course debut. He is dropping in class from the company he was keeping at Charles Town and has the benefit of the rail draw.

Pray For Jake has been knocking on the door and has more to offer on just his fourth outing.

DARING ARTAX is coming back from a break but has some decent form in the book including a win on his latest start at Fair Meadows. He has three wins under his belt over this distance and has been working well on the track.

Fearless Will could be better drawn but should find this level a lot easier than his recent assignments. That was the first time he was out of the frame at the track and he should bounce back.

Race The Moon is another out wide but is usually in the frame and has been clocking some good times.

DRAMACIDE has been doing well over sprint trips and went down in a driving finish over six furlongs here last time out. That was a similar class to this race and he shapes as though he’ll get home. He’ll be hard to beat if lasting out.

Willy Special Cats was well backed before going down by less than a length over course and distance earlier this month. His trainer is in hot form and he’ll be on the premises again.

Centergree showed lots of promise when third on debut here latest. He went well for a long way and should have learned plenty from the experience.

HANDSOME TRAVELER is the one to beat if he can find his best form. He showed that when winning at Houston earlier this season and he has clocked much the best times in the field. This trainer and jockey team have been sending out plenty of winners and he could be another.

Elijah Anet has almost five lengths in hand when scoring over course and distance earlier this month. He goes up in grade here but that was an impressive effort.

Mickey The Moocher has a win and a second at the track this season and can hit the frame again.

WHISKEY FACTOR has been going close in much stronger races than this including when trying to force the pace over course and distance latest. He still has few miles on the clock so there could be improvement to come.

West Coast Broker is stepping up in distance from sprinting after clocking a personal best here latest. He boxed on well and should be suited by this stamina test.

Gone Dancing is overdue a win but may have needed his first spin around here when fourth latest. There should be more to come.

SOUL TEMPTATION is interesting on this Will Rogers Downs debut. He showed some promise at Oaklawn last time and should find things a little easier here.

Taggart has shown enough on his three runs to suggest he can have a say in this modest contest. He was forced wide here latest and should finish a bit closer today.

Test The Water has been firing out of the stalls and not getting home. He takes a drop in distance which could unlock his potential.

Blameitonbeckett has shown promise in his trackwork ahead of today’s debut so watch the betting.

HALLIES DREAM has run well on all three starts so far, including when beaten in a photo here last time out. She was in the lead 100 yards from the line so dropping in back in distance looks a wise move.

Dakamo Rose is another who should be helped by this shorter trip after she was collared late on over six furlongs. She has had just two runs so you would expect her to show improvement.

Nora’s Legacy has the plum inside draw and worked well last week ahead of this debut.

GATO GUAPO took on too hot a grade at Oaklawn last time after clocking up an impressive run in stronger races than today’s. His best form has come over this sort of trip and he should be too good even from a wide draw.

Miltontown has won both his starts at Will Rogers including over this distance last time out. He’s proven in this grade and should be right there again.

Vangilder was a creditable third at Grade 3 level when last seen in September. That layoff is a concern but he has landed some good wins over this distance.

WELDER is sent off at silly odds for most of his races at this level and he usually delivers the goods with seven wins in his past ten outings. He flopped last time but anything like his best form would see him back in the winner’s enclosure.

Shannon C has a win and two seconds from three runs at Will Rogers and should be suited by stepping up in distance by a furlong today.

Timely Reply looked in need of the run after a long break when fourth here last time. He should improve plenty for that and can hit the frame.

MADISON’S PLACE won a stronger race than this at Fair Grounds two outings ago and was far from disgraced in third on her course debut earlier this month. She has worked really well since then and looks the one to beat.

Way Too Cute has some good form at Turf Paradise in hotter contests than this. He’s another who has been doing well in his track work ahead of this course debut debut.

Hope And A Dream is worth a look on this switch to dirt. The drop back in distance from a mile looks a wise move too and he won the last time he tackled this trip.