Home » Lifestyle » Us Weekly The Game Is Perfect for Pop Culture Junkies: How to Play

Us Weekly The Game Is Perfect for Pop Culture Junkies: How to Play

Looking for a new board game? You’re in luck! Us Weekly The Game, created by Big Potato, is now available at Target. The board game, based on the legendary entertainment magazine, is for celebrity news and pop culture fanatics. However, not to worry — as long as you know a few A-listers, you’ll be good to go.

Here’s how to play:

Goal: The first team to collect a celebrity from all eight categories wins.

Instructions: Open your board game and split into two teams; each team should choose one player to represent them in the first round of the “Celeb Buzzer Battle.”

Grab the buzzer and turn over a Head-to-Head Card to reveal a category. As soon as a player thinks of a celebrity that fits, they should yell it out and hit the buzzer. Here are a few examples of the head-to-head card clues: Celebs Who Have a Famous Son or Daughter, Celebs from New York or Celebrities With Red Hair. 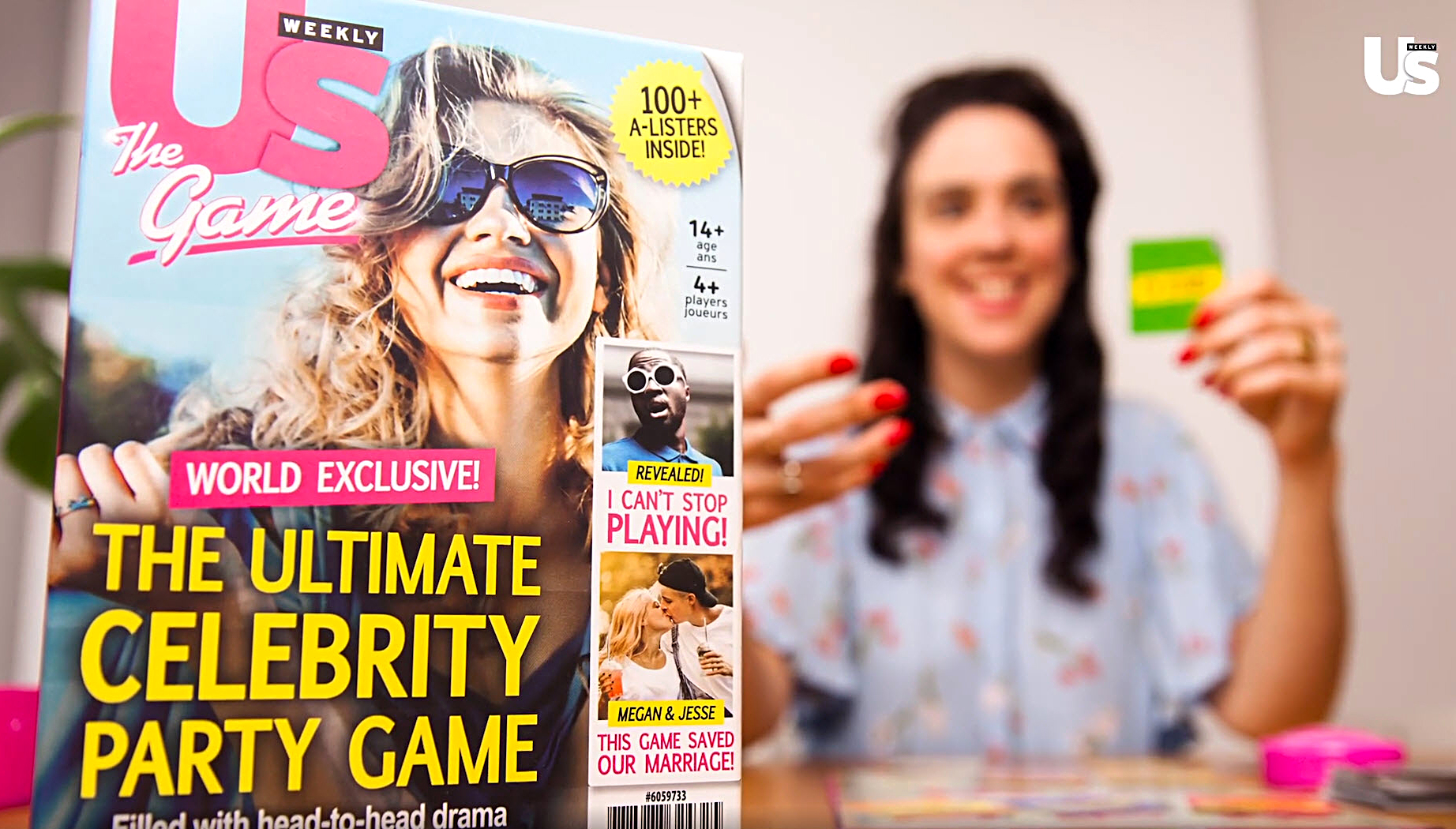 The opposing team’s representative has 15 seconds to shout out a new celeb name, kicking it back to their opponent. The first player to run out of time loses.

The winning player’s team gets an advantage in round 2, “Triple Charades Jeopardy!” The winner draws nine Celebrity Cards, keeps three, then gives their opponent the remaining six cards. Their opponent then chooses three to keep.

Each player then has 30 seconds to get their team to guess all three celebrities using one of three methods: describing them, acting out the celebrity or using just one word. When a team guesses one correct answer, they keep the card.

The first team to grab a card from all eight categories wins. The categories include A-List Influencers, TV Stars, Multi-Award Winners and more!

The game contains 136 Celebrity Cards, 44 Head-to-Head Cards, 1 electronic timer and 1 purse game board. For more instructions, watch the video above.

The game, priced at $19.99, is for 4+ players and ages 14+. AAA batteries required — not included — or users can download the “Us Weekly Timer” on the App Store or Google Play. The game is now on sale at Target, and will be available at Walmart and on Amazon later this summer!