From Grand Slams to the Grand Prix.

Venus Williams was the champion of the party circuit while celebrating the inaugural Formula 1 Miami Grand Prix weekend.

The tennis star, 41, made the rounds all over the South Florida city, where she was seen bopping from one venue to the next as A-listers flooded the party scene.

On Friday night, Williams made an appearance at 1 Oak’s pop-up party, F1 Oak, at the XXIII Club, where Jamie Foxx and Tyga took over the DJ booth. A source tells Page Six that the athlete was joined by a group of friends and took photos with fans.

Later in the evening, Venus and Serena Williams hit the American Express Presents Carbone Beach dinner party. An insider told us exclusively that the sisters “just showed up” and “ended up being snuck in through the back door.”

“Venus and Serena were basically hanging all night,” the insider said, adding, “They got there at 11 and came out ’til the party was over past 1 a.m.” 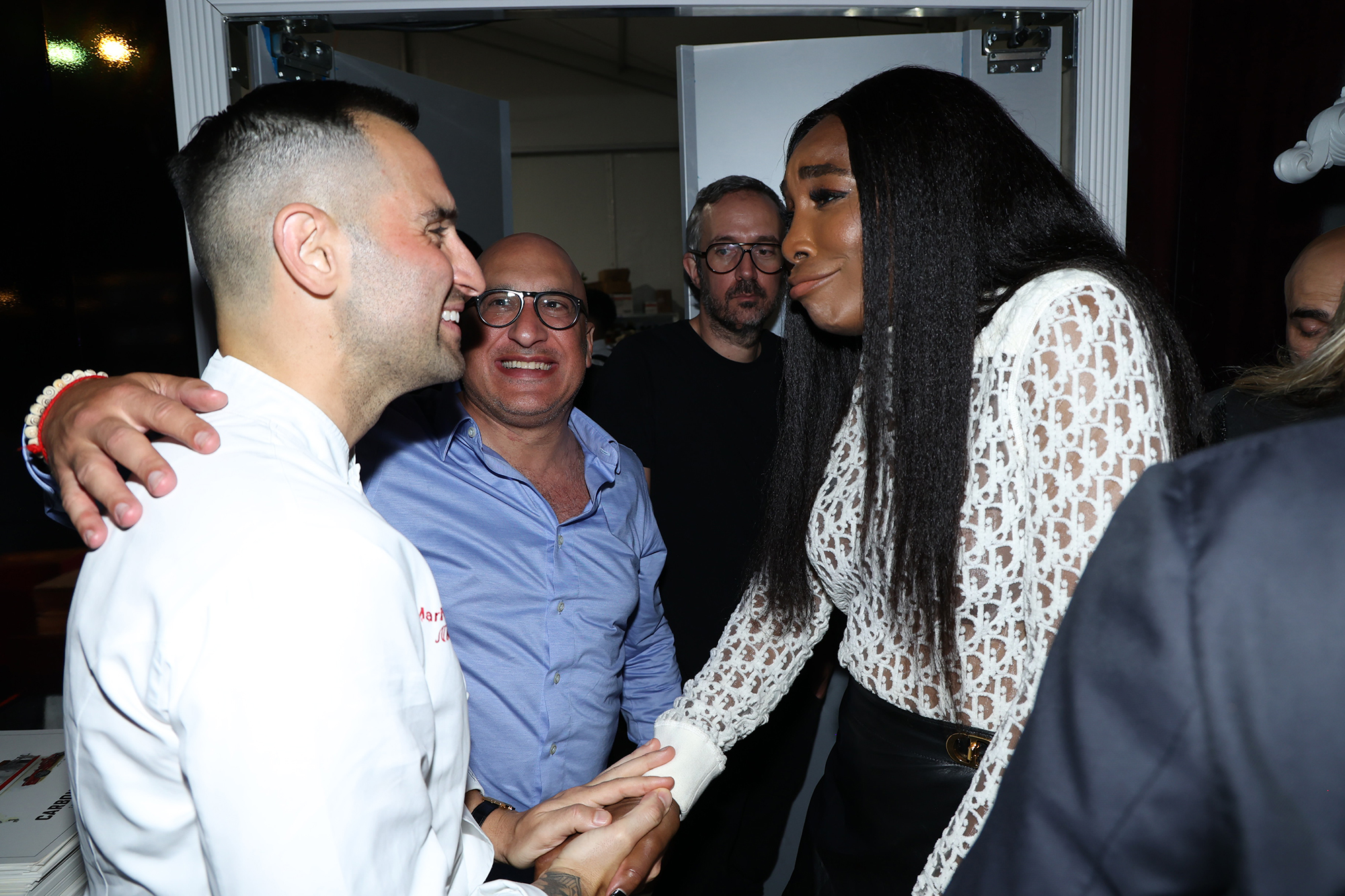 On Saturday, Venus looked chic in a sexy black dress as she danced at her VIP table while Paris Hilton deejayed at the McLaren Racing party at the Hilton Bentley Miami/South Beach hotel. At one point, Venus was seen joining Hilton, 41, behind the DJ booth as partygoers danced to the hotel heiress’ tunes.

“She looked like she was having a great time and seemed very at ease and happy,” a spy tells Page Six. 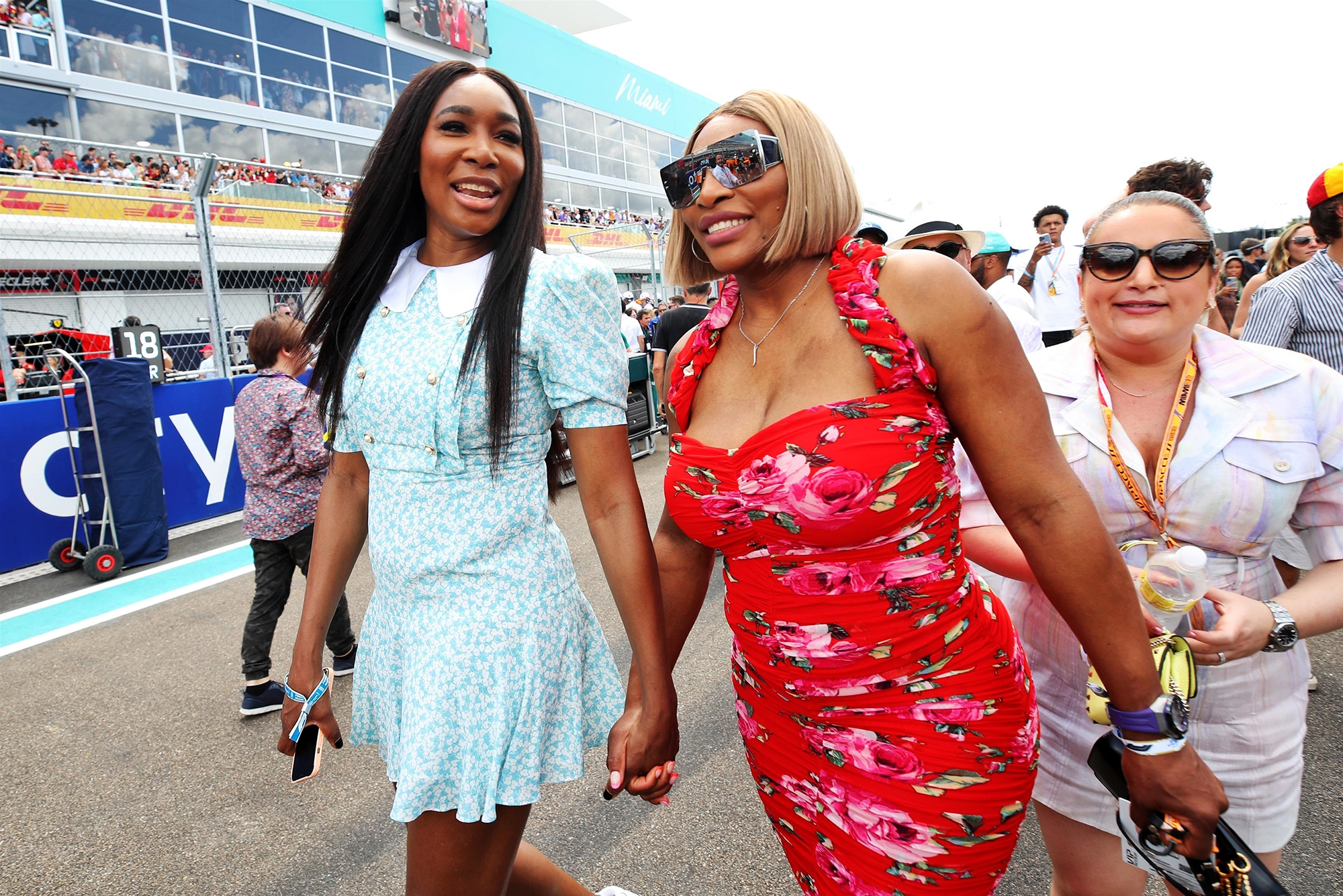 Also there were McLaren drivers Lando Norris and Daniel Ricciardo as well as actor Dax Shepard.

Venus then hit Carbone Beach for a second night in a row, where we hear she “traded her table for the dance floor ’til the lights turned on.”

On Sunday, she started out at Red Bull Guest House in the Faena hotel, where Page Six reported she hopped on a bus to the Grand Prix with non-VIPs attending the sports event. 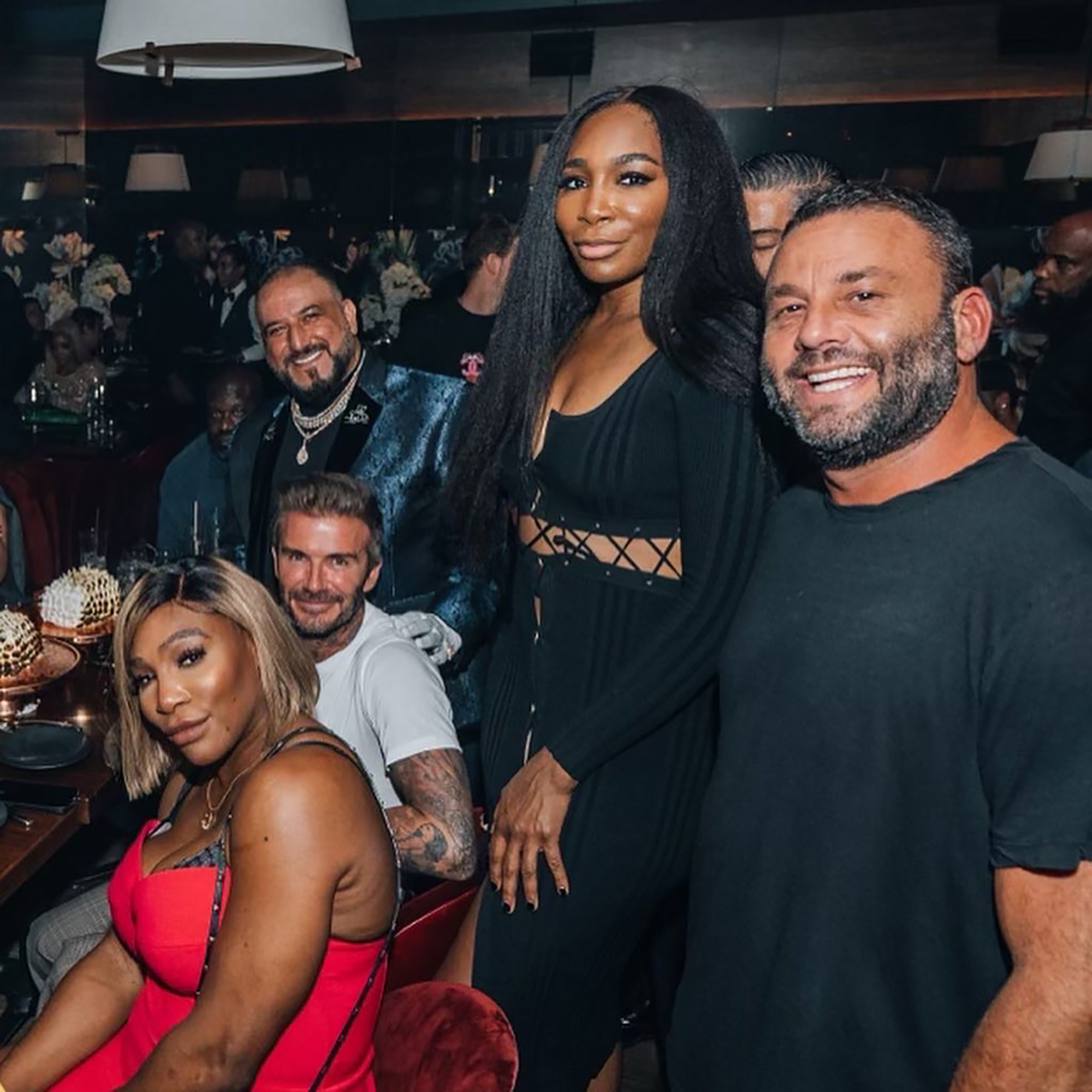 Venus then spent the day at the track with her sister. The duo, both wearing floral sundresses, were spotted exploring the paddock, where other major attendees included Michael Jordan, Hailee Steinfeld, Shawn Mendes, Tom Brady, Ashton Kutcher, Bad Bunny and Karlie Kloss.

In the evening, Venus enjoyed a VIP dinner hosted by Miami hospitality tycoon David Grutman at Papi Steak along with Serena, 40, Brady, 44, Shaquille O’Neal, Beckham, 47, and his son Romeo. 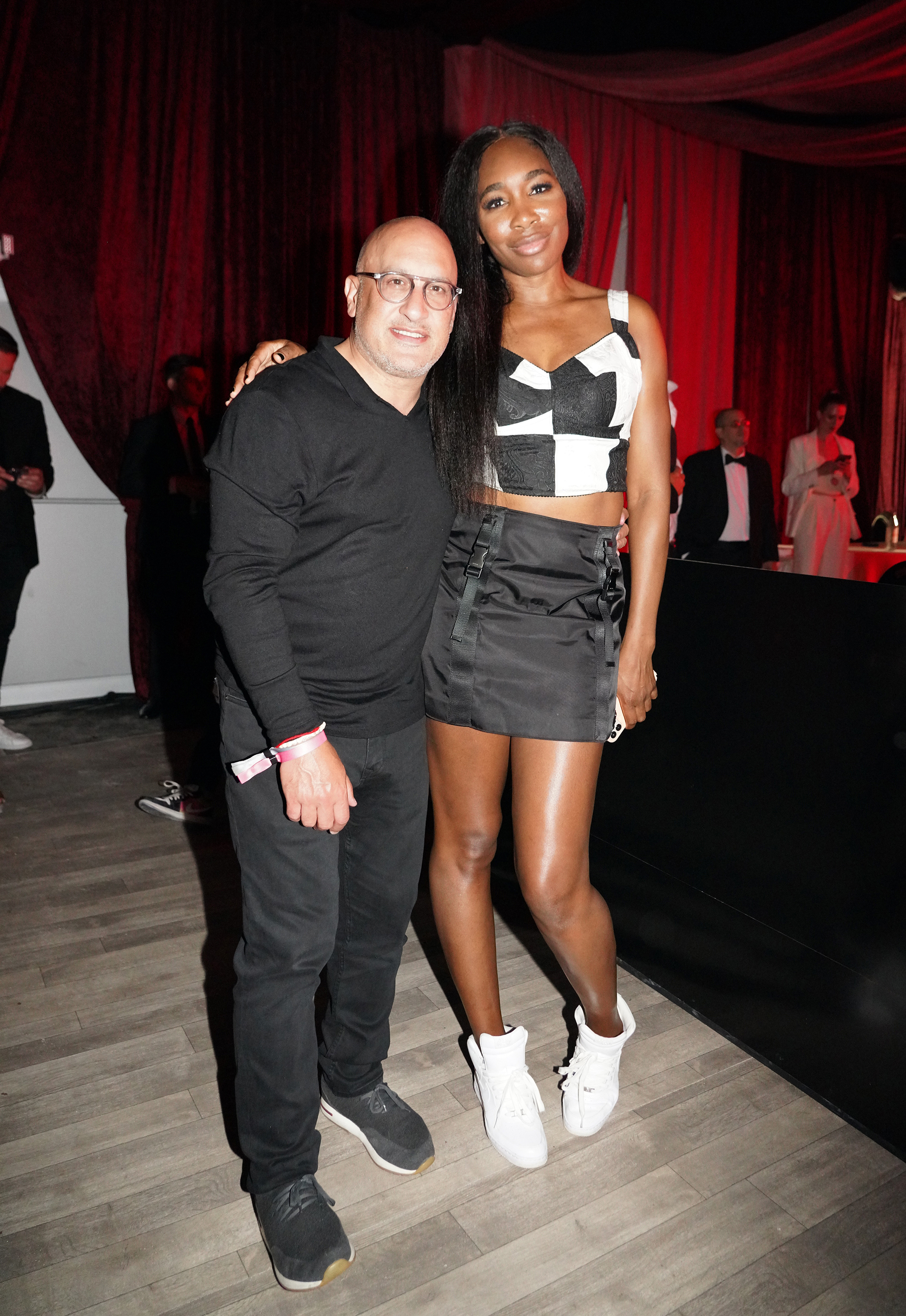 Then, for the third night in a row, Venus made her way to Carbone Beach, where she danced in the front row as surprise guest Nas performed.

Venus’ rep did not immediately respond to our request for comment on her fun-filled weekend.