The Haunting of Bly Manor deals with different elements than The Haunting of Hill House did, while also touching on similar things as well. Trauma is a major component of both seasons, and Dani Clayton knows that topic all too well. And for Victoria Pedretti, this was the most physically demanding role she’s ever done, for several reasons including the anxiety that went with Dani’s trauma. [Spoiler alert: Spoilers ahead for The Haunting of Bly Manor]. 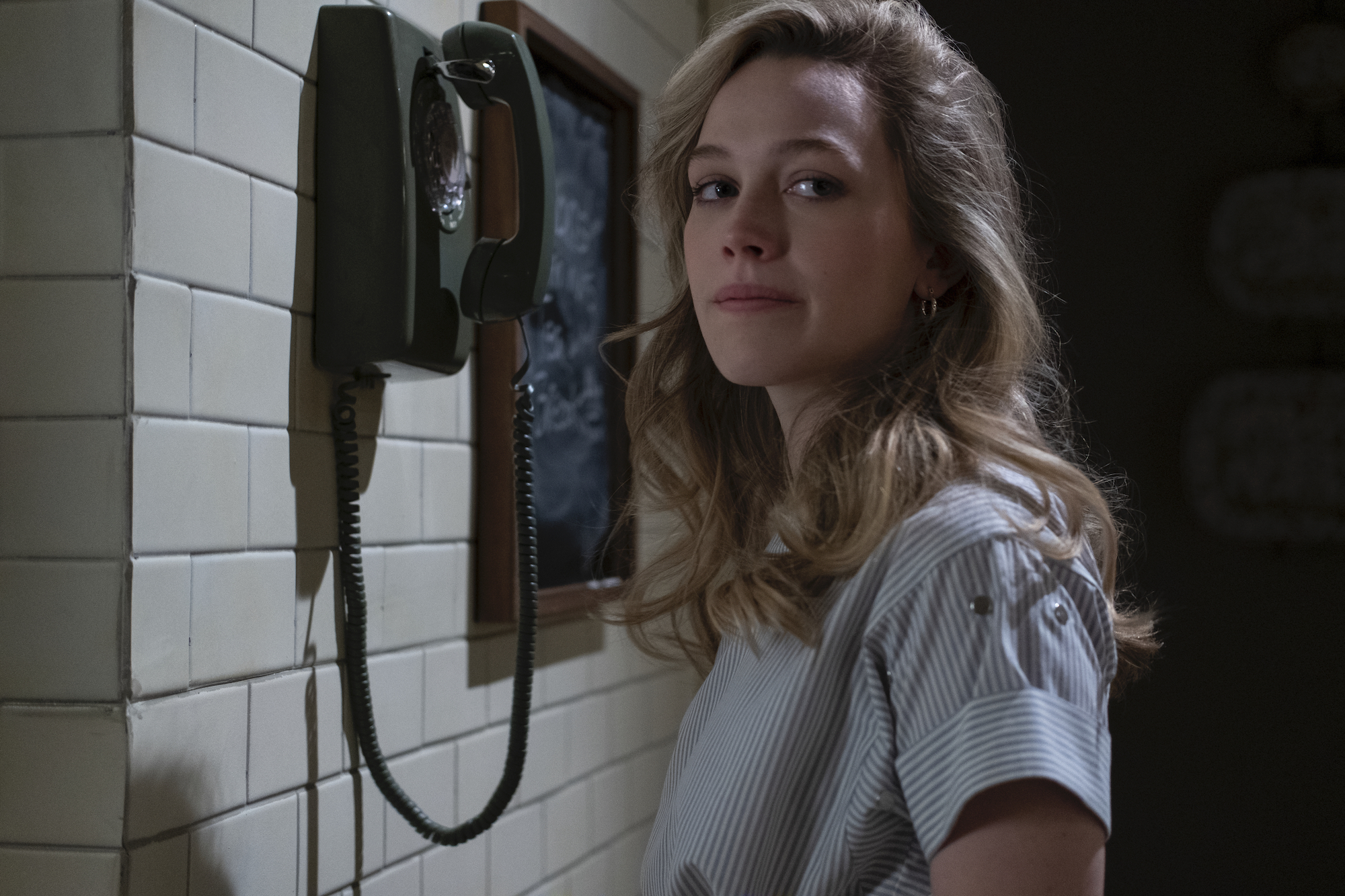 During an interview with Glamour UK on Oct. 26, Pedretti touched on her role as Dani, the American au pair who comes to Bly Manor to look after the Wingrave children. There’s a lot of grief and possession going on in the manor, but Dani comes to this new job with her own trauma and “ghost.”

Pedretti shared that it was really a demanding role in ways she hadn’t experienced prior to The Haunting of Bly Manor.

“I think a lot of it was the physical aspect and the amount of information I was holding in my head at any given moment because I hadn’t ever done anything quite this rigorous,” Pedretti said. “I hadn’t worked quite as long hours, continuously.”

Pedretti also touched on the fact that, being 25 and worked consistently for the past three years also weighed a bit on her. She graduated from the Carnegie Mellon School of Drama in 2017 and then booked the role of Nell Crain on The Haunting of Hill House not long after. Since then, Pedretti starred as Love Quinn in Season 2 of You and is now one of the main characters in Bly Manor.

“I haven’t had much time to process — whatever that means — and adjust to that change,” Pedretti said. “I feel like that had a lot to do with it.”

Dani’s anxiety was also a lot for Pedretti while filming

Going more into the physical aspect of the role of Dani, not only is she chasing children around a sprawling estate at times. But Dani also has many anxiety attacks and is just generally wound up a lot.

“Dani is so big and she’s also very anxious. When I’m doing all of those anxiety attacks, I’m not having an anxiety attack, I assure you, but I’m shaking,” Pedretti shared. “I’m crying and that’s exhausting in a very specific way. You know how you feel after you have a big cry? But I’m doing that over and over again.”

She did say it was “worth it” in the end product. But still, at the moment as she filmed it, it was difficult. 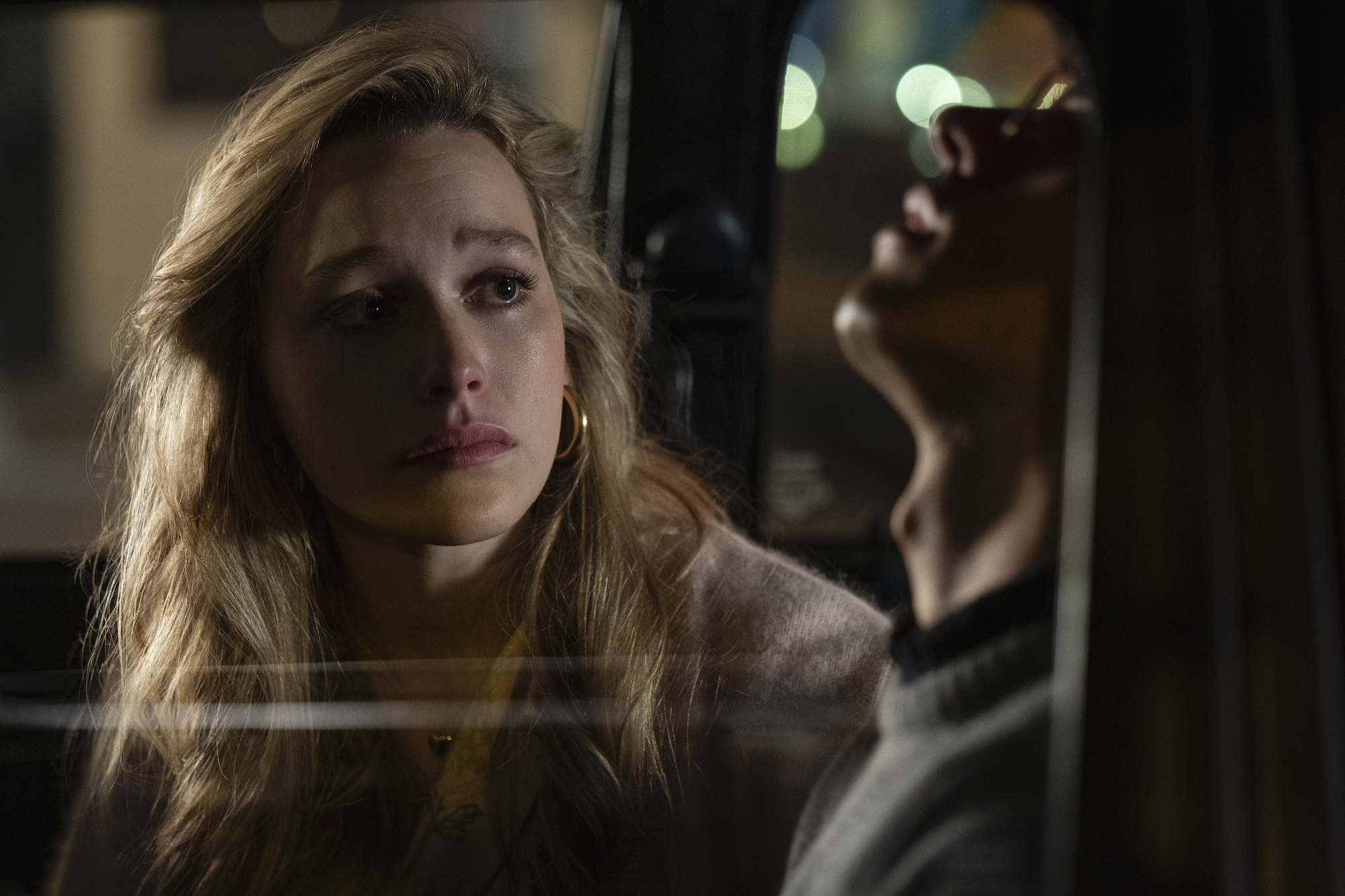 Dani’s “ghost” is that of her ex-fiancé Eddie who was hit by a car right after she broke off their engagement. She’s gay and couldn’t go through with the wedding, but Pedretti also shared that in the process of Dani figuring out who she was, Eddie didn’t fully support her goals and dreams either.

But still, with the guilt around being gay and around Eddie’s death, Dani manifests this ghost that pops up in mirrors and often triggers her anxiety attacks. But other than these moments, the au pair is strong-willed and confident. She doesn’t let the children push her around and she speaks up for herself. It just goes to show that everyone can be carrying trauma even if you can’t tell all of the time, which Pedretti said both The Haunting of Hill House and The Haunting of Bly Manor do a good job of highlighting.

“I think that so much of what the first and second season exposes is how we can’t make assumptions about people in their lives,” Pedretti said. “We don’t know what’s going on and most of the time people have been traumatized; it’s very relative. I hate the idea of comparing suffering. I hope it makes people a little bit more aware and sensitive to that.”

Related News:
TV and Movies
'The Golden Girls' Star Bea Arthur Broke Television Taboo With a Controversial Abortion Storyline in 'Maude'
'Contagion' Star Jude Law Says Film's Pandemic Predictions 'Scared the Hell Out of Me' – and Were Spot On
Strictly Come Dancing's Maisie Smith shares pic in shorts and reveals she was 'very insecure' and 'hated' her legs
Alex Trebek Shares Uplifting Thanksgiving Message in Pre-Recorded ‘Jeopardy!’ Clip
‘Folklore: The Long Pond Studio Sessions’ Review: Taylor Swift Gives Her Last Album a Stripped-Down Reading in This Cozy Performance Film
Recent Posts
This website uses cookies to improve your user experience and to provide you with advertisements that are relevant to your interests. By continuing to browse the site you are agreeing to our use of cookies.Ok