Home » Lifestyle » Villa 0 Wolves 0: Martinez stars again in lively stalemate while Saiss in running for miss of the season

Villa 0 Wolves 0: Martinez stars again in lively stalemate while Saiss in running for miss of the season

ROMAIN SAISS’ miss of the season and Emi Martinez’s smart save ensured both teams got what they deserved.

Only Romain knows how he managed to spoon the ball over the bar from point-blank range early in the second half. 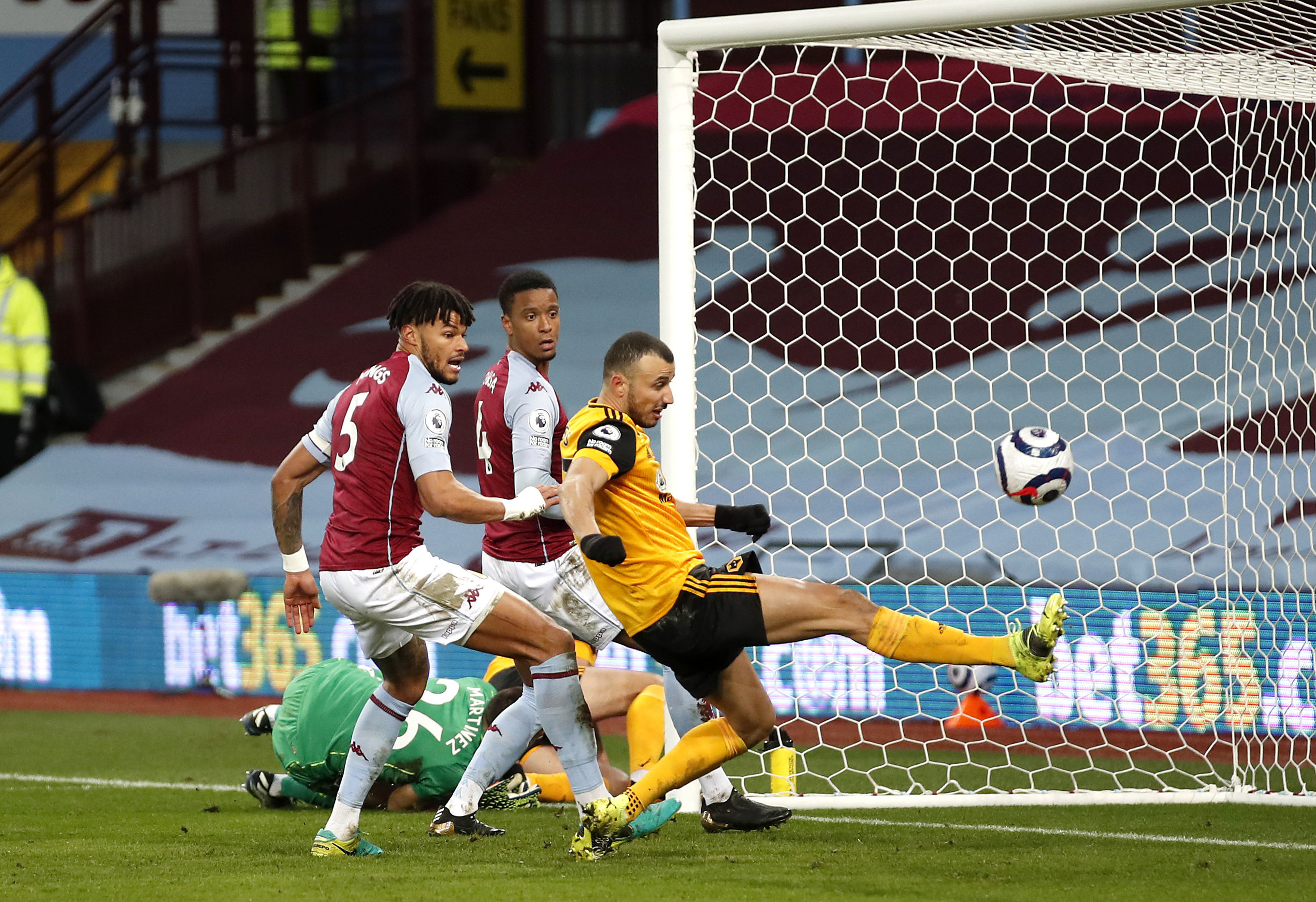 And if that incredible moment didn’t convince you that this game was destined to remain goalless, then the way Martinez kept out Conor Coady’s effort from inside the six-yard box certainly did.

Coady should have scored both then AND immediately before Saiss’s chance.

But after the Wolves skipper had scored his first Premier League goal with his first shot on target in the competition, in the 4-1 defeat by Manchester City, a second strike in a week was too much to ask.

That makes it sound like Wolves were the better side and would have been good value for three points.

They weren’t. Nuno Espirito Santo’s team improved in the second half but that was because they could hardly have done worse.

And if Villa had hit the back of the net, rather than the woodwork, with two early chances, then it would surely have been Dean Smith’s who bounced back from midweek disappointment with some derby day delight.

But neither side had enough quality or composure when it really mattered.

Without captain Jack Grealish, Aston Villa do not look like a side likely to finish the season in the European places.

The home team showed three changes from the side beaten by rock-bottom, 10-man Sheffield United, although one was enforced.

Anwar El Ghazi was out with an infected toe and the game he was missing was rotten for long periods, too.

The opening stages were a demonstration of the dangers of too much football.

The relentless schedule has left players’ bodies and minds so tired that basic skills which used to come naturally have become major challenges. 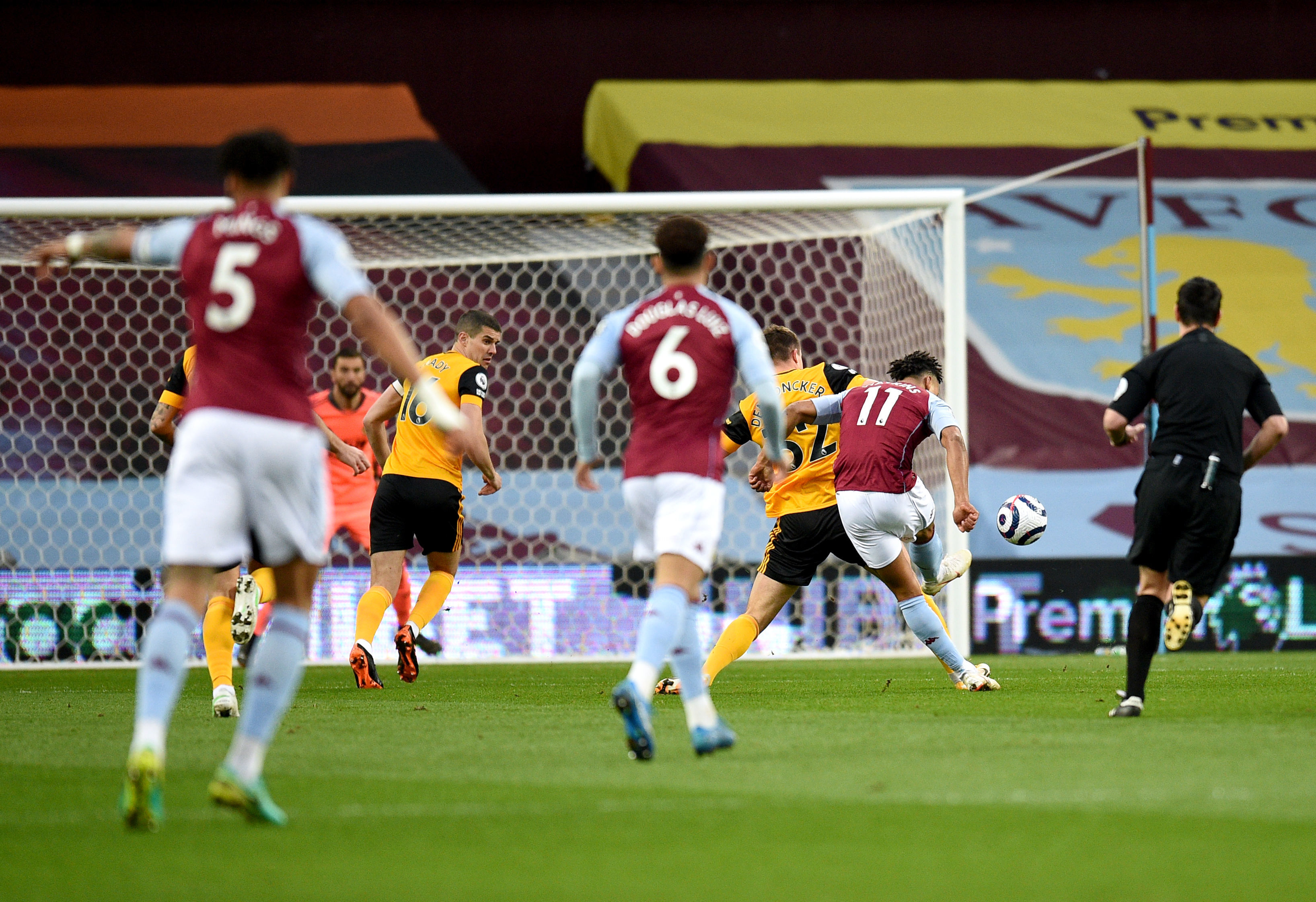 In normal times, you’d rarely see the ball given away so cheaply, so often, by both sides in a top-flight match.

In that regard, the statistics suggested Villa and Wolves were pretty much as bad as each other, but the home side were easily the more threatening and might have been two up inside 15 minutes.

Ollie Watkins rattled the bar with a fine shot from distance early on and then Ezri Konsa struck the frame of the goal from close range after meeting Bertrand Traore’s cross.

But that was about it for first-half excitement.

Without Grealish and Ross Barkley, who was once more left on the bench, Villa lacked the guile to break down a generally robust opposition defence.

January signing Morgan Sanson was looking tentative on his first start, giving one of those performances that make you ask, “What is he supposed to be good at?”

The Frenchman was neither dynamic nor creative in a game crying out for someone to take it by the scruff of the neck.

No-one on the Wolves team seemed likely to do it, either. Willian Jose was given another chance to fill the Raul Jimenez-shaped hole up top and was once again being found wanting.

Adama Traore and Pedro Neto were struggling to make an impact in the absence of someone to give them a solid platform high up the pitch.

Martinez was little busier than he’d been when sitting on the Arsenal bench before his bargain move to the Midlands. 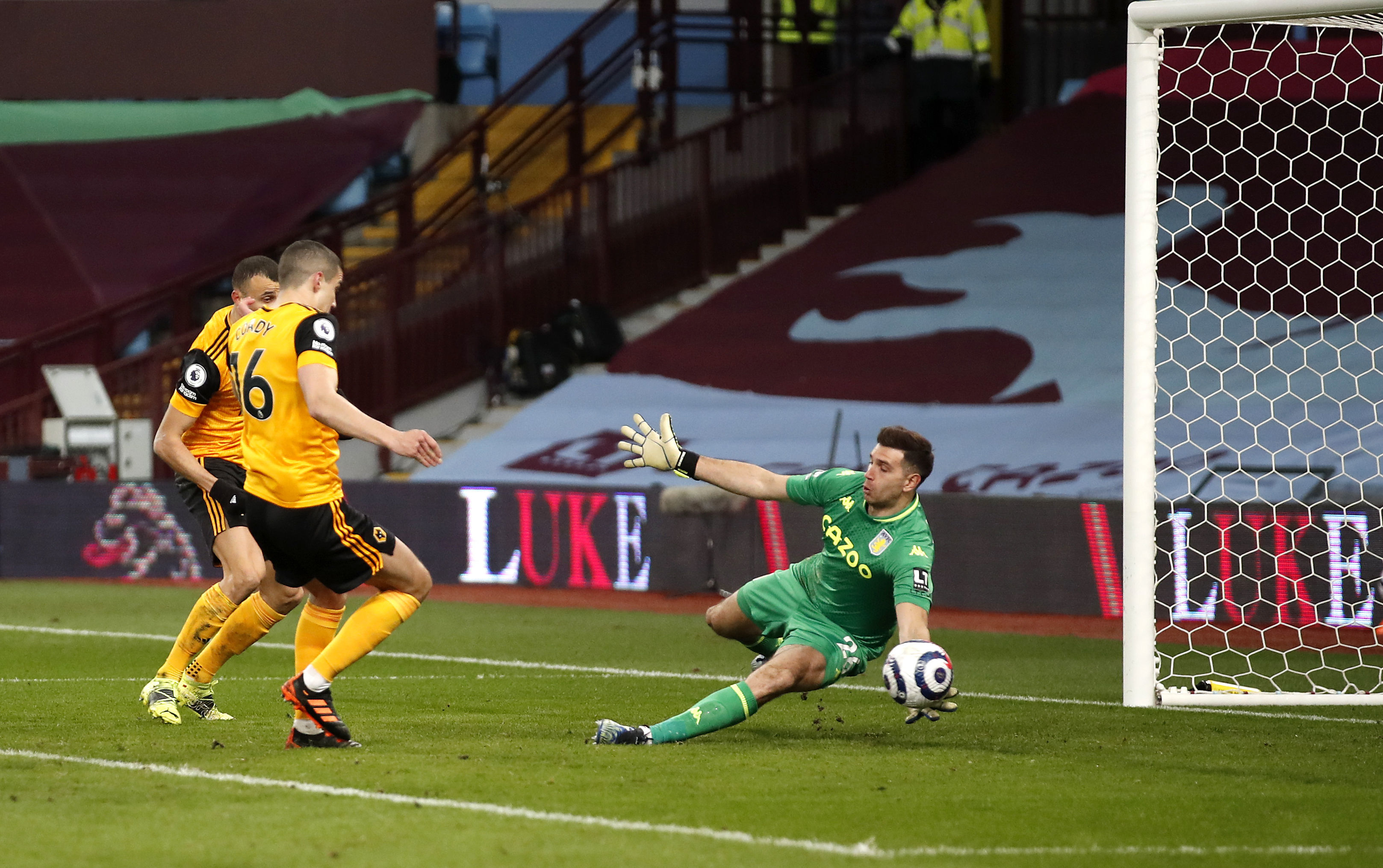 Martinez at last had a save to make four minutes after the break when Wolves cleared a corner and Neto outpaced Matt Targett before firing in a shot.

He was helpless, though, as the visitors somehow contrived not to open the scoring.

Coady should have buried his header from Neto’s fine cross to the back post. But when the ball came back off the inside of the post and fell to Saiss, he seemed to bend the laws of physics to lift it over the bar from a yard out.

Coady could have shared his fellow centre back’s blushes but did not get enough on the ball when connecting with a Willian Jose shot, and Martinez showed quick reflexes to make the save.

Rui Patricio kept out a stoppage-time shot by Watkins and Konsa fired the rebound wide.

But a winner would have been as generous to Villa as Saiss’ miss.