MAURO Icardi’s WAG and agent Wanda Nara has appeared to confirm she cheated on her footballer ex Maxi Lopez with the Paris Saint-Germain star.

The mum-of-five confessed to cheating on a partner of hers in the past in a live chat on Instagram at the start of the year. 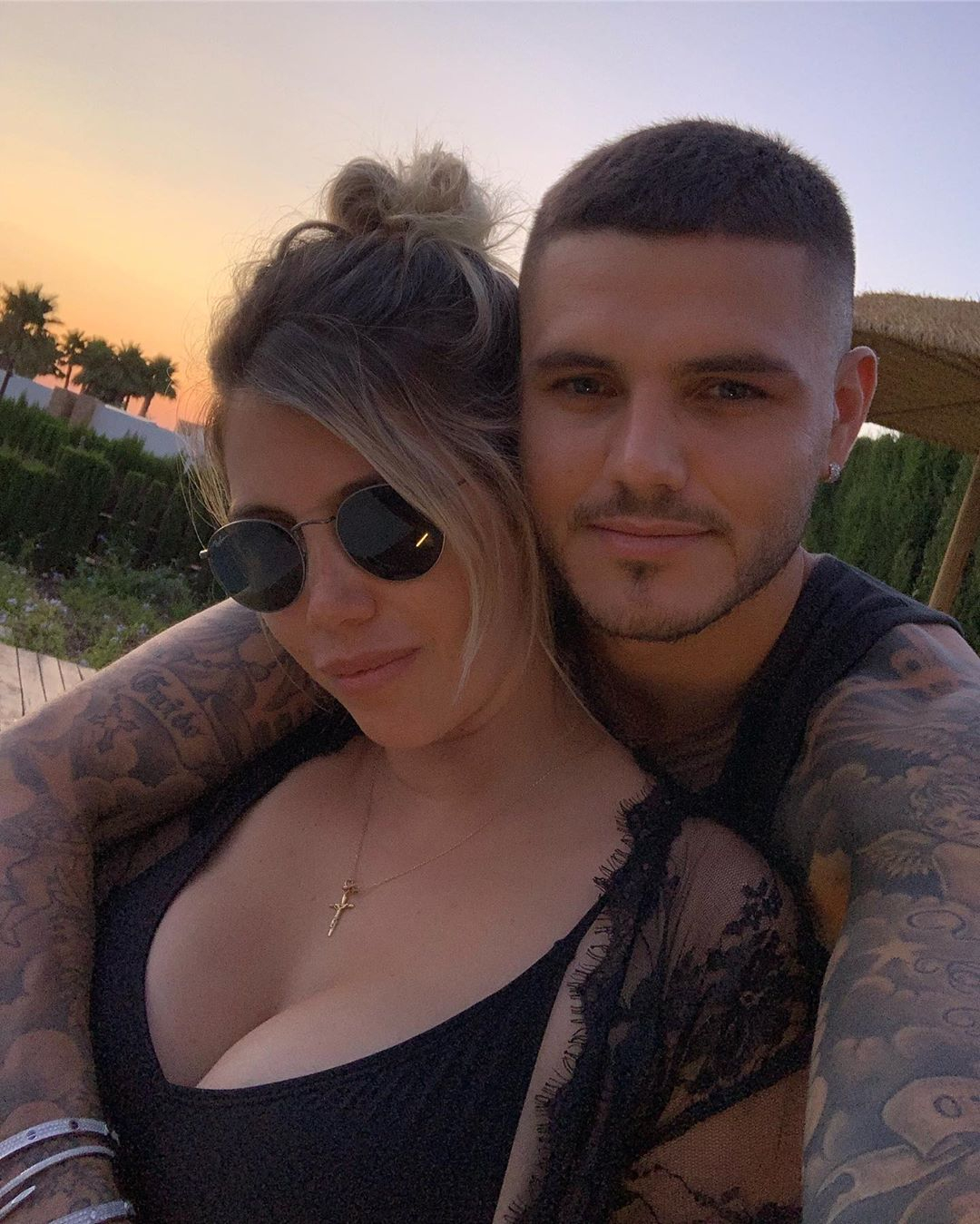 But the pretty Argentinian steered clear of revealing who the victim of her infidelity was or naming the person she was unfaithful with.

The 34-year-old, who boasted last week she was the best in bed after showing off her body in just her knickers and bra, sparked more frenzied speculation former teammates Lopez and Icardi were the men concerned.

Wanda appeared to let the cat out of the bag with a gaffe which was spotted by eagle-eyed fans.

She marked the 28th birthday of Icardi, the father of two of her five children, on February 19 by saying: “Ten birthdays together, many dreams fulfilled and many more to fulfil, trying to give you all I can and more to make you happy.”

The following day she took to Instagram again to share a photo of the Mickey Mouse-themed birthday celebrations for nine-year-old Benedicto, one of the three children she had with former husband Maxi Lopez.

The ex Sampdoria striker and Wanda split in November 2013, with Icardi declaring his love for her on social media just eight days later. They married in May 2014.

One Instagram user responded to the football agent’s birthday messages by saying: “Benedicto has just turned nine and the other day Wanda was celebrating ten birthdays together with Mauro.”

Another, highlighting the fact the dates left her open to accusations of an affair behind Maxi Lopez’s back, simply wrote: ‘Noooooooooooooo.’

The stunning dyed-blonde was back on Instagram with a selfie photo showing off her cleavage in a tight-fitting top alongside the message: “There are days to frame and others to forget.”

Wanda made her recent bedroom boast in a message to her 7.4 million Instagram fans explaining what Valentine’s Day meant to her.

She said: “Saint Valentine is….cooking for your love every day, waiting for him with the best steak sandwich prepared by me at 3am after a match…or simply going down to the kitchen in the early hours and preparing the best sandwiches in the world with chicken and avocado…making your favourite deserts in the afternoon…and being the best in bed.”

She added, finishing her post ‘I love you @mauroicardi’: “Everything else he buys with his credit card.”

A day earlier she stripped down to her bra and knickers to show off her body and claim her “personality and confidence” and not a surgeon’s knife kept her looking the way she does after five children.

Former Barcelona forward Lopez, who played alongside Lionel Messi from 2005 to 2007, insisted in October 2019 he had no problem with Icardi.

Asked on Argentinian radio show FM Club Octubre if he had reached the point of ‘forgiving’ the PSG striker, he said: “Yeah, I do not have any problems with anyone.

"Speaking as a human being, all I want is to find a way to make my children happy, that is the only objective I have.

"As for everything else, that is something that already happened.
"I turned the page on that a while ago and it does not affect me in any way."