Was This Prince Charles’ Unusual Nickname For Meghan Markle? 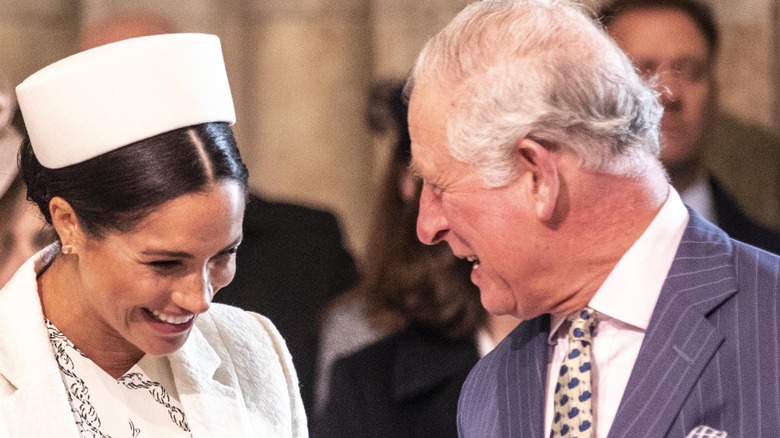 Prince Harry and Meghan Markle officially have a family of four. The couple just welcomed their second child — daughter Lilibet “Lili” Diana Mountbatten-Windsor — on Friday, and the rest of the royal family are “delighted” (via Town & Country). Despite all the drama surrounding Harry and Meghan’s recent tell-all interviews surrounding their departure from the royal family, the Windsors can set aside their differences to celebrate the birth of Queen Elizabeth’s 11th great-grandchild.

Buckingham Palace released an official statement saying, “The Queen, The Prince of Wales and The Duchess of Cornwall, and The Duke and Duchess of Cambridge have been informed and are delighted with the news of the birth of a daughter for The Duke and Duchess of Sussex” (via Daily Express). This happy news comes after months of drama and rifts between the royal family and Meghan and Harry. Most recently, in his Apple TV+ series, “The Me You Can’t See,” Harry spoke out about a cycle of “pain” and “suffering” he felt from the way he was parented, and wanting to break away from that (via Us Weekly). Those comments allegedly hurt his father, Prince Charles, who already has a strained relationship with not only his son, but Harry’s wife, Meghan Markle, as well. 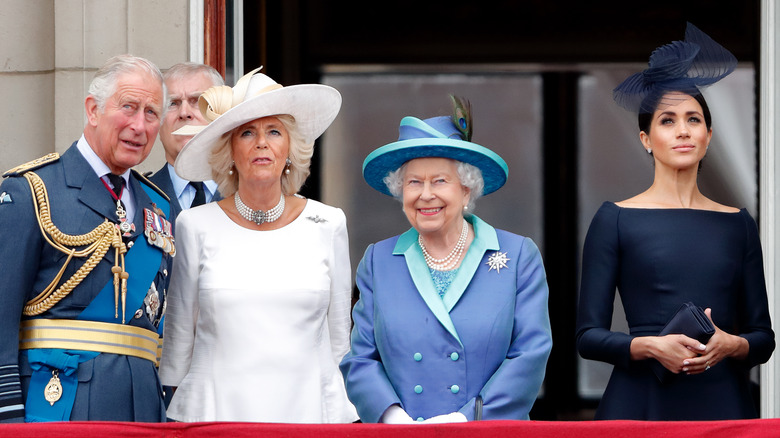 From the now infamous Oprah Winfrey interview the royal couple did earlier this year, it’s clear that Meghan Markle never felt supported while living within the royal family. The Duchess of Sussex spoke openly about her mental health, and even said at one point she “just didn’t want to be alive anymore” (via Metro).

Her strength and resilience may be why Prince Charles has given her a very specific nickname — Tungsten. According to Marie Claire, the Prince of Whales gave Markle the nickname because of her “unbending” nature. If you remember your period table of elements, you know that Tungsten is a metal and “one of the toughest things found in nature” (via Live Science). While the nickname may be unusual, it’s meant to be a compliment to Meghan and represent how strong she can be. It definitely is not easy coming into the royal family, and with all the negative press and family drama, the Duchess has continued to stand strong.

Even royal correspondent Russell Myers has said that he believes Charles gave Meghan the nickname because “he really respects her” and has dealt with the bad press well. Of course, Charles’ relationship with Harry and Meghan has dramatically changed since he first gave her the nickname, but her strength and resilience have stayed true.

If you or anyone you know is having suicidal thoughts, please call the National Suicide Prevention Lifeline​ at​ 1-800-273-TALK (8255)​.