JAIME MUNGUIA split Tureano Johnson’s lip in half following a brutal uppercut before being declared the winner.

The former super-welterweight champion faced Johnson in his second fight at middleweight. 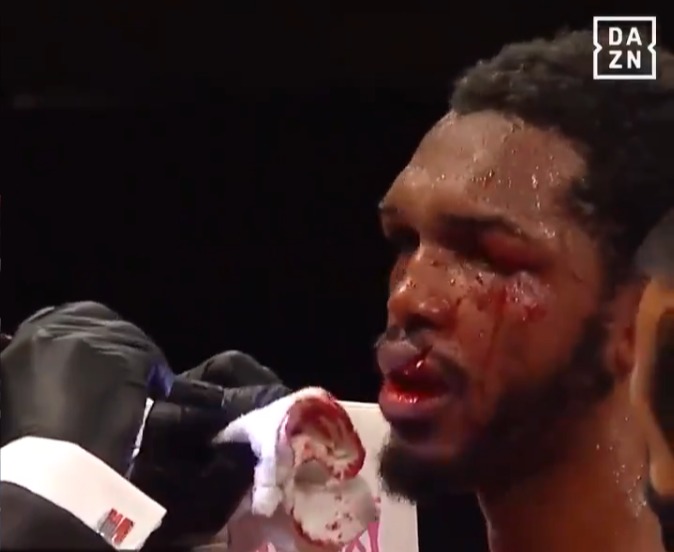 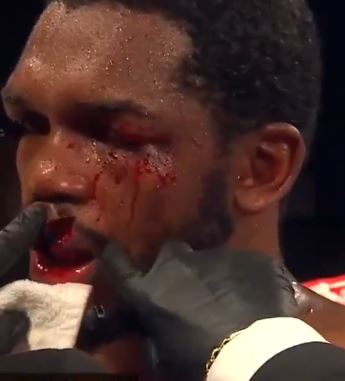 And the 24-year-old proved he carried the power up a division after landing a perfectly timed uppercut in round six.

As Johnson was pushing the Munguia back to the ropes, he walked onto a right uppercut that came right up the middle.

He took the shot and continued to walk forward until the referee spotted the gash and stopped the fight.

The ringside doctor then took a look at Johnson's lip, now sliced in two, and deemed the Bahamian, 36, unable to continue.

As it was a punch that caused the cut, not an accidental headbutt, Munguia was awarded a technical knockout win.

He said: "I see myself as one of the best at 160 pounds. So, yes, I would take a challenge against any of them.

“Charlo, it would be a more exciting fight with a bigger sow. It would lead to a more complicated fight with Andrade, but I would fight either of them.

“I was very anxious for this fight, and I really learned a lot from this fight.