AN UNLUCKY club cricketer went from ecstasy to agony after launching the ball for six – only for it to smash his own car’s windscreen.

Illingworth St Mary’s of the Halifax Cricket League were taking on Sowerby's St Peter's in the Crossley Shield quarter-final when batsman Asif Ali hit a peach of a shot. 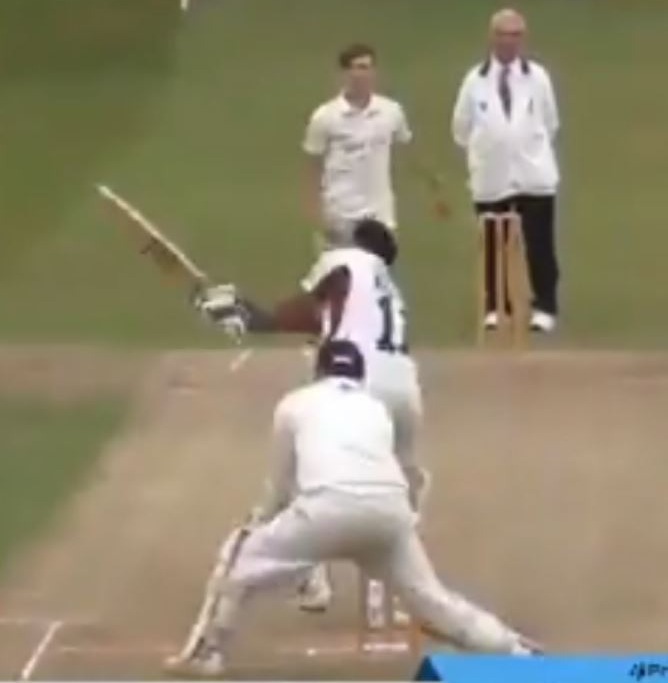 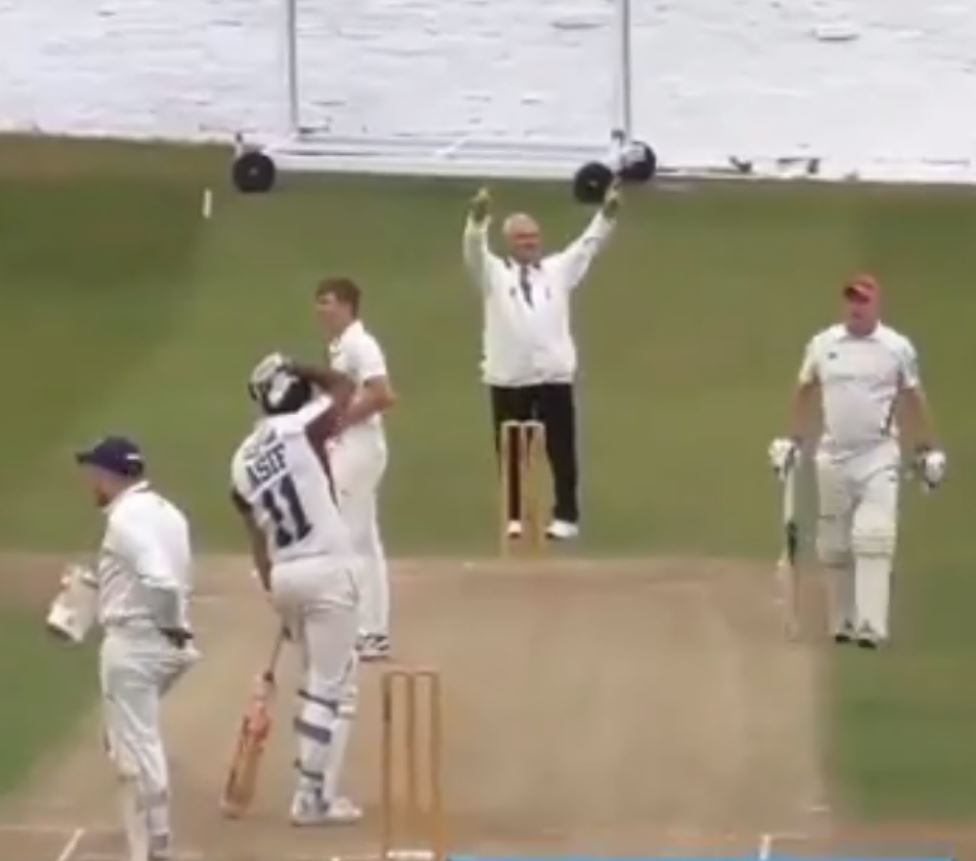 The spectacular hit dealt a crushing blow to his own back pocket as well as his opponent’s dreams.

The score was 137/5 in Illingworth 2nd XI's innings when Asif hit the six.

And video replays showed his short-lived joy as he watched the ball head towards his car, before a crunching smash confirmed its destination.

Asif immediately put his hands on his head as the crowd and players' shocked reaction soon turned into laughter.

Illingworth's tweet of the incident has since gone viral alongside a picture of the targeted Vauxhall Zafira – minus a rear windscreen.

Fans online revelled in the mishap, one tweeting: "Always park somewhere you know you can’t hit it to. Foolish error from the batsman." 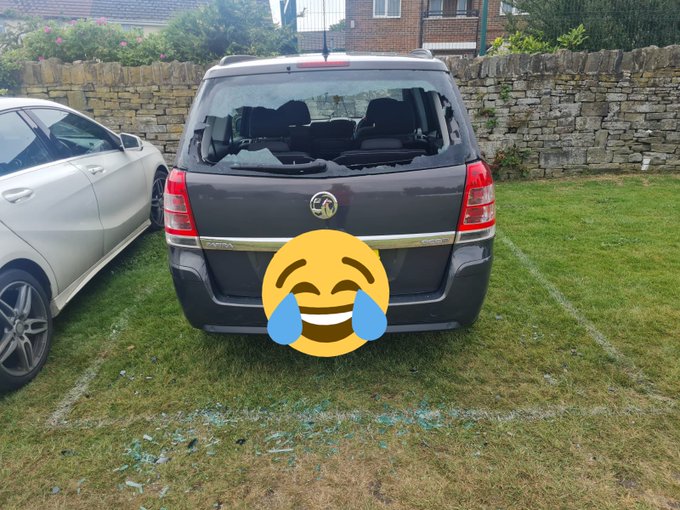 Radio One DJ Greg James added 'should get an extra 5 for that' before the hashtag 'tailenders of the world unite and takeover'.

Rob added: "I’ve actually done that in a game. Not only that, it was a mate’s car & he gave me a lift to the game. Amazingly, I still got a lift home too but it was a fair bit more breezy on the way home."

Speaking to Yorkshire Evening Post after the match, Illingworth described Asif as 'devastated afterwards, but could see the funny side of it all'.

The club added that a member of the crowd called out to ask the batsman for his keys so they could open the car and get the match ball back.

Asif was stranded on 43 not out as St Peter's mopped up the tail end and went on to win by seven wickets.