JULIAN Alaphilippe was left screaming in agony after breaking his hand during a freak accident involving a motorbike at the Tour of Flanders.

The world champion went head over heels as he clipped the motorbike, landing awkwardly on his elbow. 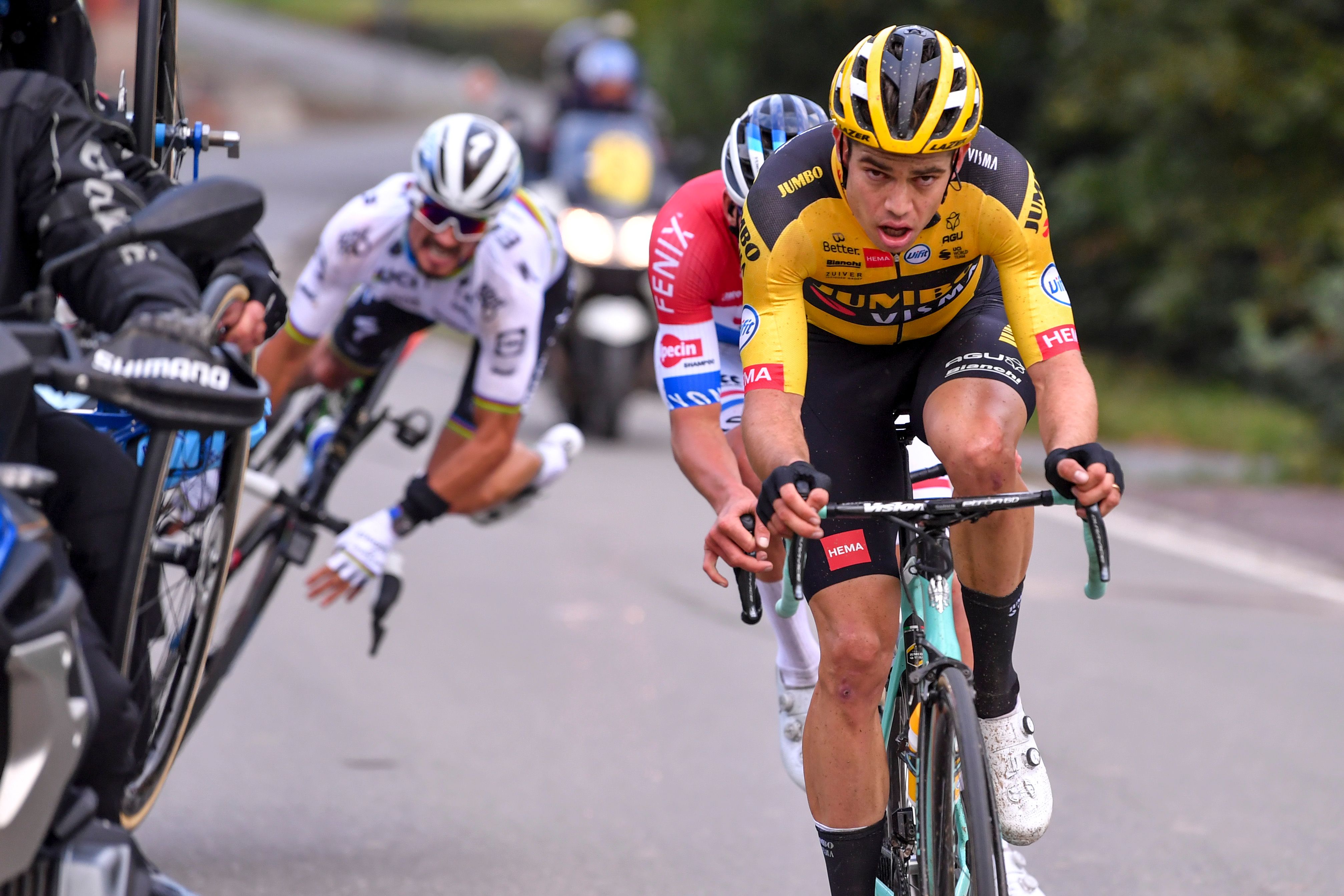 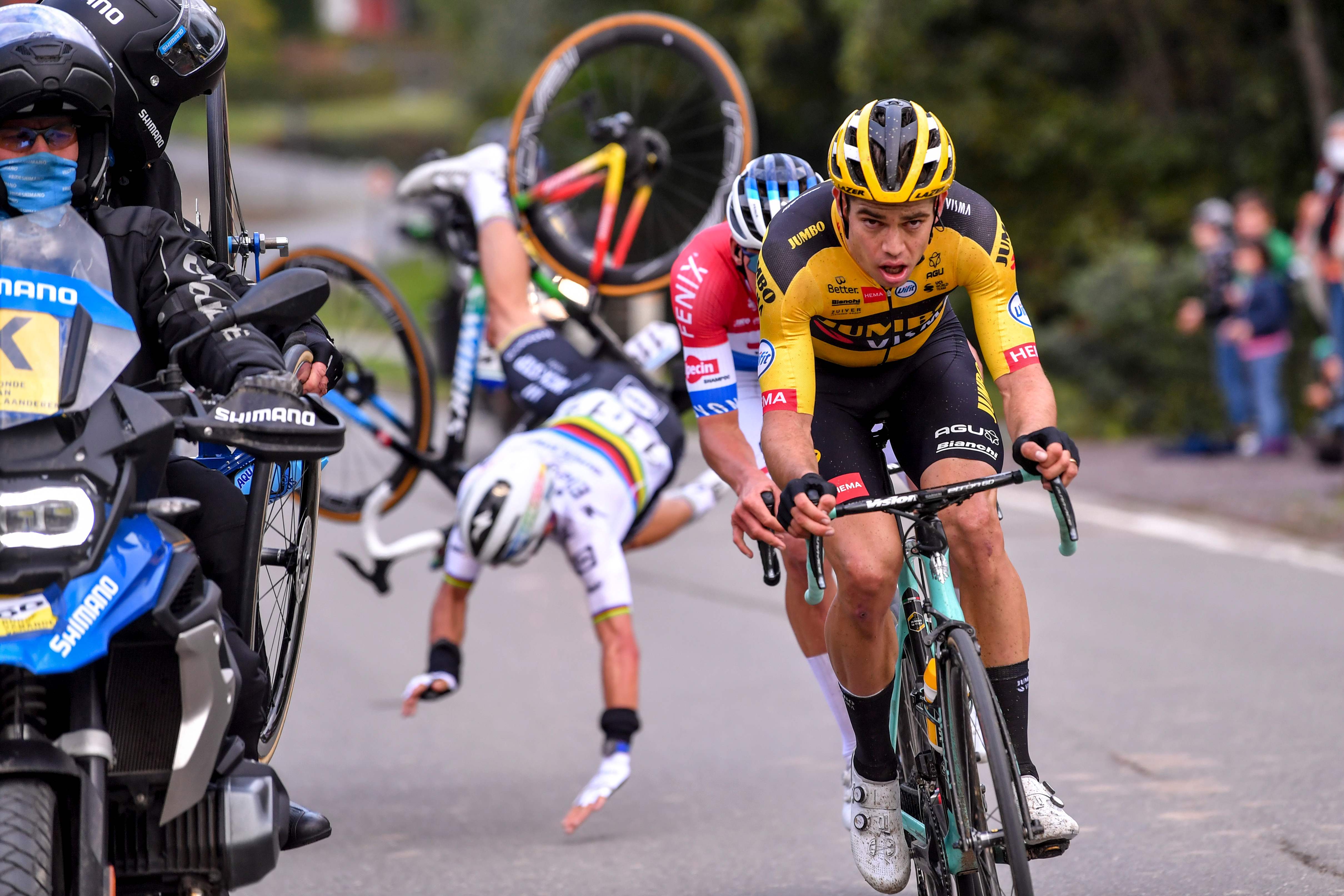 He was left to scream in pain as his race ended in an abrupt fashion.

Alaphilippe, 28, crashed out of the Belgian Monument inside the final 40 kilometres.

He had been trailing closely behind Wout van Aert and eventual winner Mathieu van der Poel as the trio passed a couple of slow-moving motorbikeson the edge of the road.

But the third-place Frenchman misjudged the gap to one motorbike, and clipped him on as he rode through at full pace.

The impact left Alaphilippe flipping in the air before hitting the deck as his bike bounced into the grass.

He appeared to fall awkwardly onto his left elbow and when taken to a hospital later, x-rays showed two fractures in his hand.

The agonised cries of the cyclist could be heard as he was passed by his competitors. 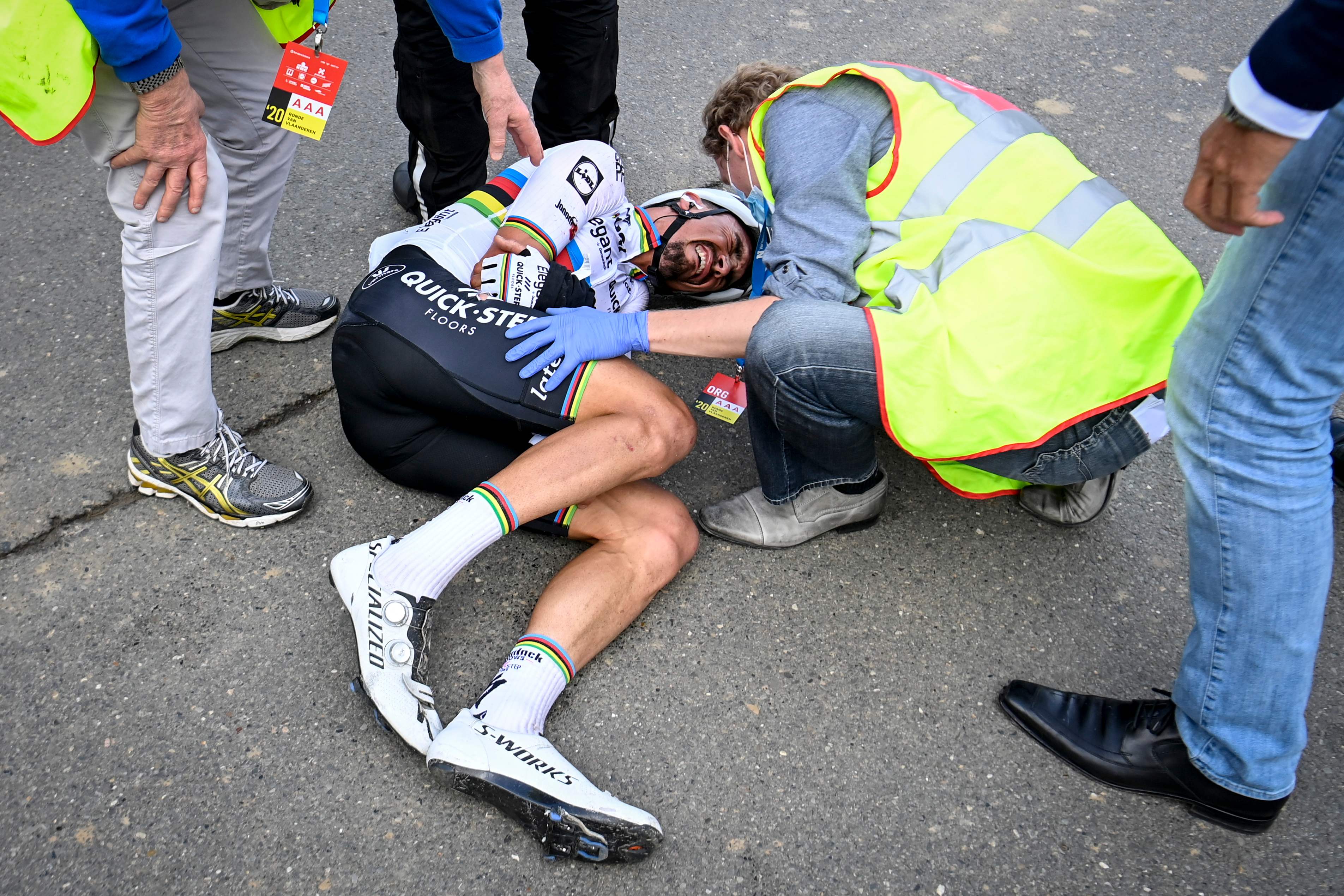 Van Aert spoke on the crash after the race.

He said: "A few motorbikes wanted to go behind us, because our gap was growing, I wanted to take profit as much as possible to go behind the moto, and I think Julian was not concentrating or something. It’s a real pity that he hit the moto."

It's the latest incident in an unfortunate year for Alaphilippe.

Earlier this month, he celebrated winning a race prematurely and was overtaken prematurely.