DELIA SMITH was caught appearing to get some shut eye during Norwich's nail-biting draw with Newcastle.

The Canaries owner watched as Newcastle went a man down but opened the scoring through a Callum Wilson penalty on the hour mark. 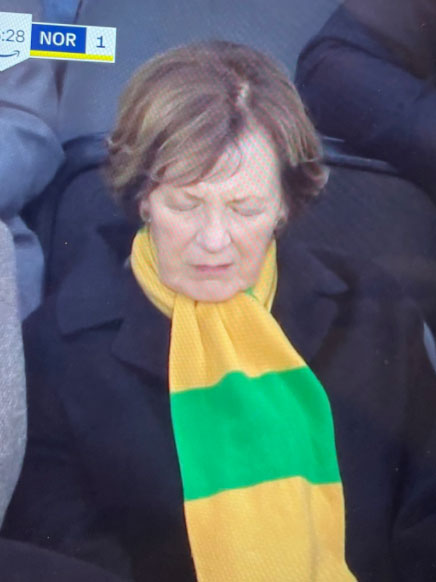 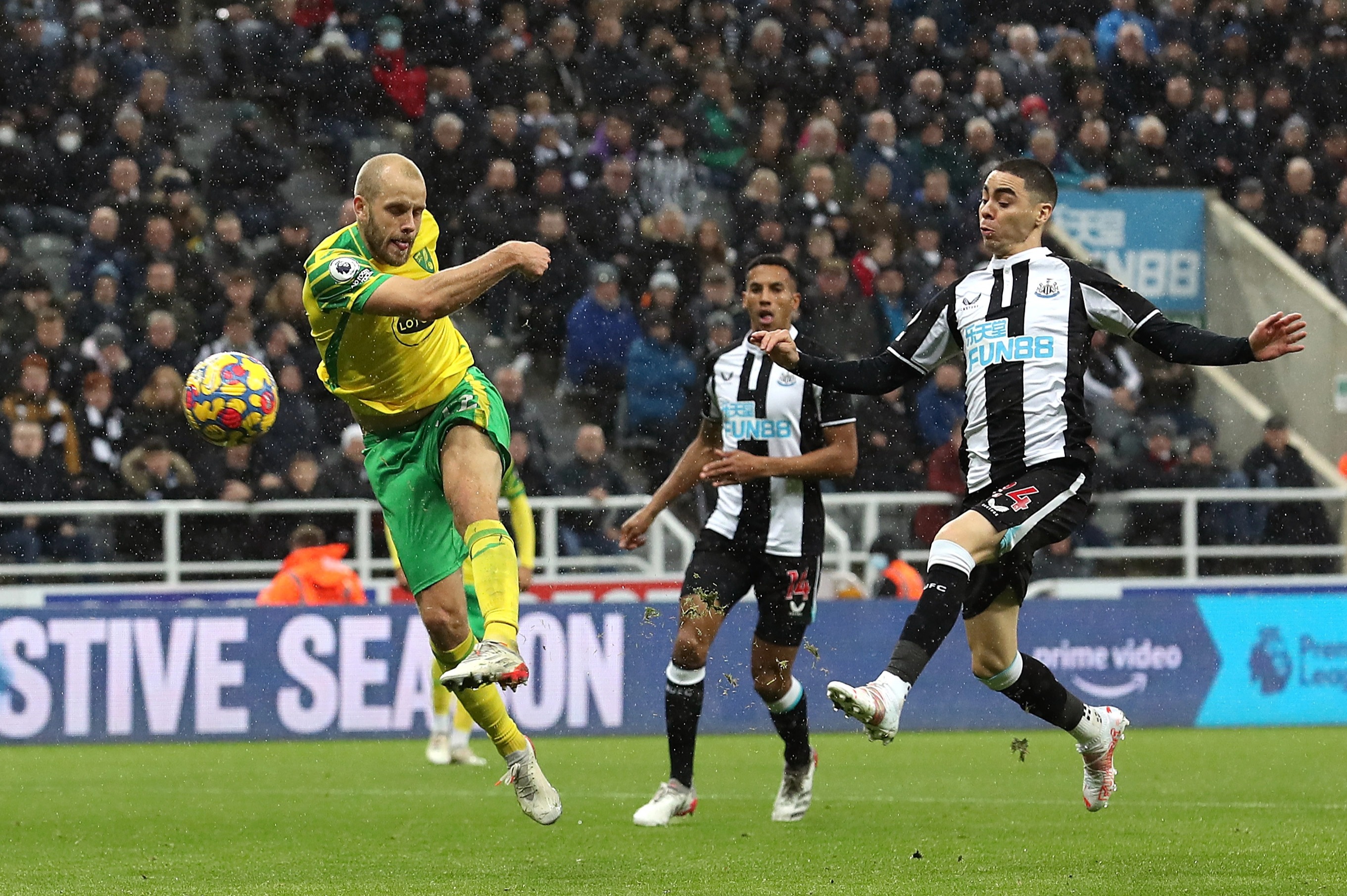 Norwich's pressure with a man extra finally proved too much as striker Teemu Pukki levelled on 79 minutes.

Unsurprisingly, it left Twitter in hysterics as one said: "Delia Smith falling asleep has been the highlight of this match."

Another said: "Delia Smith having a little nap there."

Defender Ciaran Clark’s red card for hauling down Pukki when in on goal just nine minutes in made it a mountain to climb for Eddie Howe’s side.

But Wilson’s penalt after Billy Gilmour’s handball set the Magpies on course for their first victory in over six months.

Tim Krul got a hand on Wilson’s spot kick but it went in off the bar and Newcastle’s season finally had lift-off – 55 days after the Saudi-led takeover.

And they were looking good until Martin Dubravka flapped a cross into the path of sub Dimitris Giannoulis, who crossed to Pukki – with the Finn lashing into the top corner.

A draw with 10 men for 80 minutes can hardly been seen as a bad result. But when you’re in the mire like Newcastle, it doesn’t help.

Beat Burnley on Saturday and there may just be hope for Howe’s side – otherwise it looks a long way back for the rock-bottom Mags.