With the game in added-time, and Forest clinging onto a vital three points, the stopper first appeared to lose the ball… before realising it was in his penalty area. 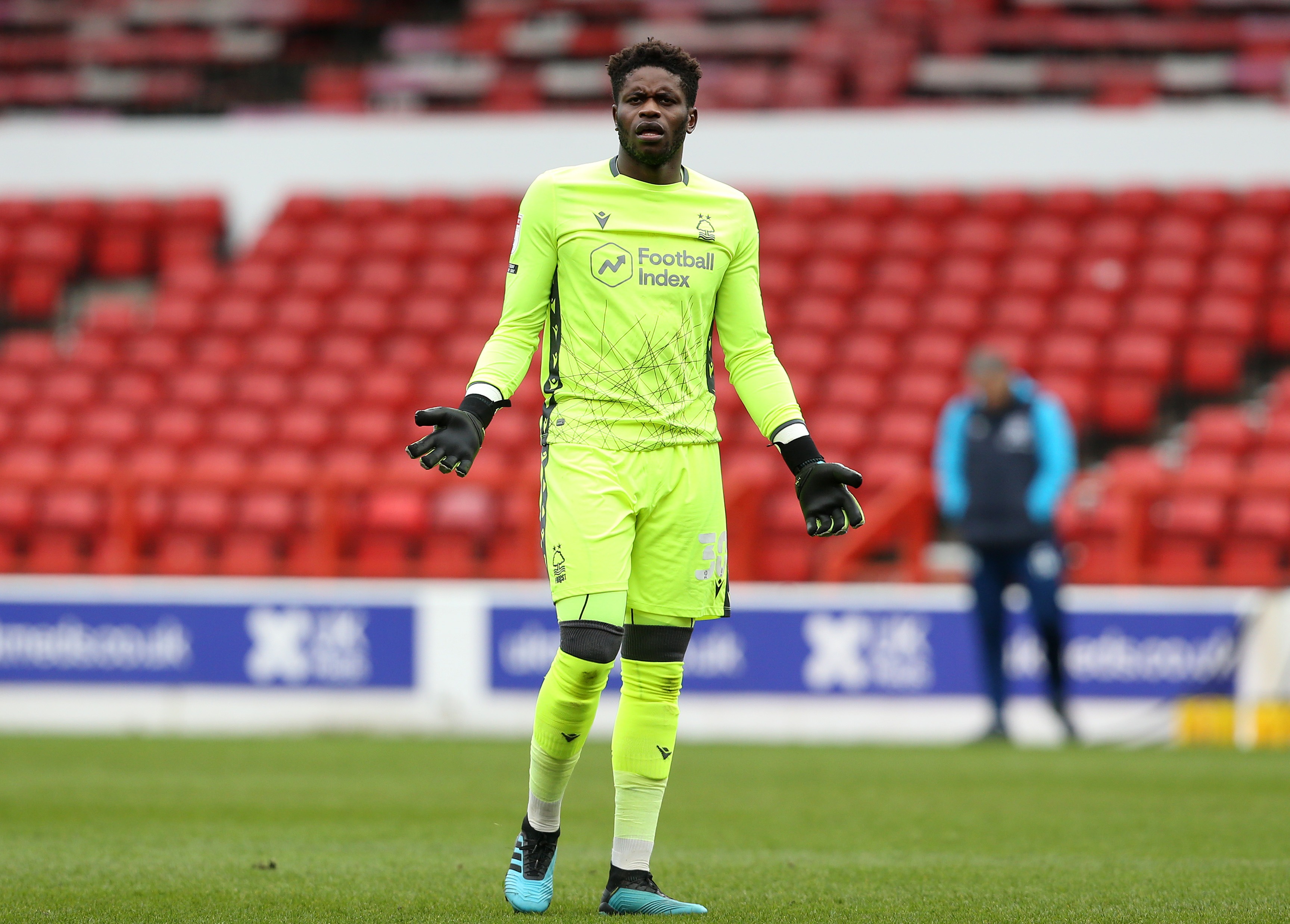 When he did locate it, and place it to take the kick, he did so clearly outside his six-yard box.

Samba was then told to moved it back to ensure some more precious seconds ticked on the clock.

After a hop, skip and jump in his run up, the 26-year-old finally lumped the ball into play.

Forest won the game thanks to Alex Mighten's opener on 25 minutes.

But the day well and truly belonged to Samba, who had already saved Adam Armstrong's penalty before his late procrastination heroics.

He initially gave the spot-kick away on the 72nd minute but redeemed himself with a double save to preserve Forest's lead.

Manager Chris Hughton said: “We needed a wonderful save from Brice to keep the penalty out but otherwise it's another clean sheet against another good footballing side who we have restricted to minimum chances.

"As a unit we had to dig deep and make sure we stopped them from creating anything clear-cut.

"It was a very good save from Brice for the penalty and he was up against a top striker who has already scored 20 goals this season.

“Adam Armstrong is generally a player who hits the back of the net from penalties but Brice did superbly to keep it out and then get up to hold onto the rebound as well so I'm really pleased for him because it caps off a good period for him."

Samba told Forest’s website: “I am happy because we got the three points, that is the most important thing.

"We played well and we deserved it."