On June 19, she participated in the U.S. Olympic Track & Field Team Trials in Eugene, Oregon. She didn’t just participate though, she dominated.

Up against six other athletes for a slot on Team USA, Richardson, 21, sped up in the final seconds, running 100m in a dazzling 10.87 seconds. The upcoming Olympic games will be her first.

Afterwards, the young woman ran to her grandmother, Betty Harp, for an embrace. 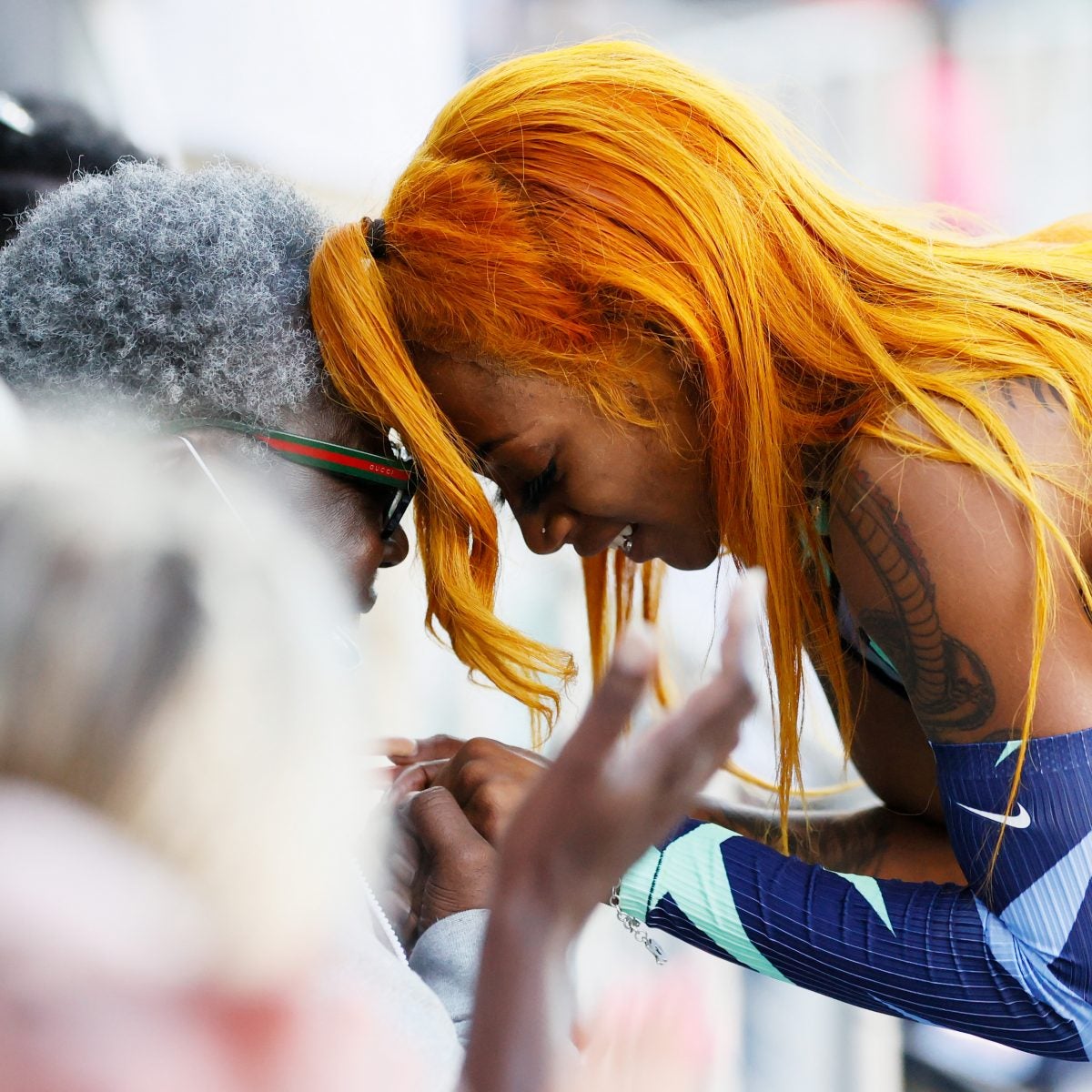 “My grandmother is my heart, my superwoman,” the Dallas native said to Runners World. “To have her here at the biggest meet of my life, it’s just amazing. That probably felt better than winning the races, just being able to hold her after becoming an Olympian.” During a video interview, she revealed she lost her biological mother last week.

Richardson first generated major buzz in 2019, when she broke a 30-year record in the Women’s 100 Meters, went pro, and promptly signed with Nike. The following summer, our Generation Z brand, Essence Girls United, tapped her to participate in a panel about what it’s like to be a woman in sports.

The speedy, second and third place track starlets who ran against Richardson, Javianne Olive and Teahna Daniels, will also join Team USA for the Olympics.

“Nobody knows what I go through,” Richardson said in a post-race interview with ABC. “Everybody has struggles and I understand that. But y’all see me on this track and y’all see the poker face I put on. But nobody but [my family] and my coach know what I go through…and I’m highly grateful to them. Without them, there would be no me.”

Watch Sha’Carri claim her spot on Team USA below.