But the hot-headed Cutelaba seemingly wanted to get to grips with Jacoby before they set foot inside the octagon.

White was between the pair but was powerless to stop their altercation, which he shook his head at.

Cutelaba and Jacoby were separated by security and forced to leave the weigh-in room at the UFC's Apex facility through different exits.

During the separation, White said: "Oh, f*** come on. I was just ragging on Sean (Shelby) before I walked in here." 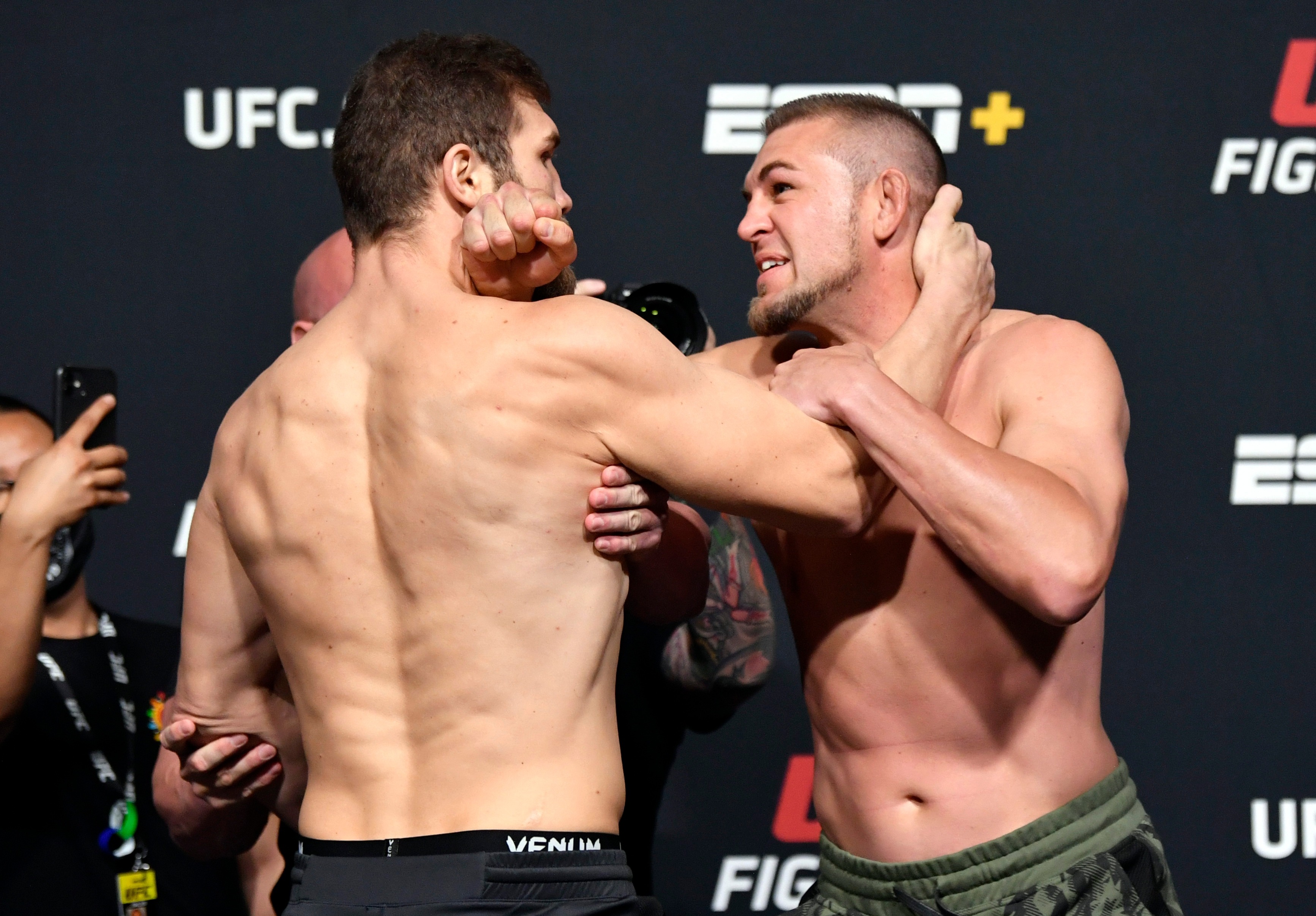 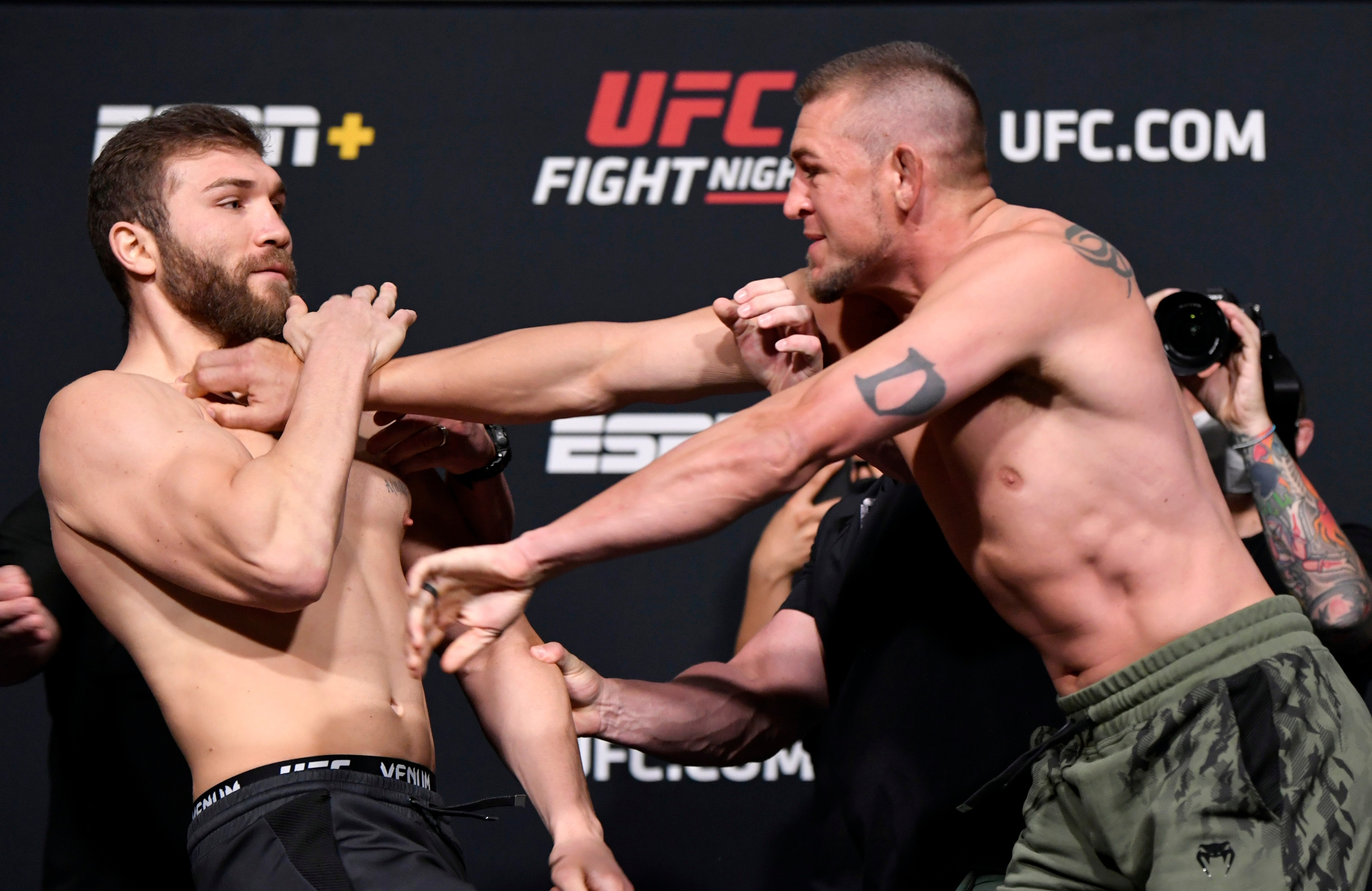 But as the dust began to settle, he was quick to make light of the incident.

The 51-year-old said: "I should've stayed in the office."

The fiery Cutelaba, 27, is no stranger to pre-fight shenanigans as he regularly tries to intimidate his opponents.

Cutelaba often covers himself in green paint for ceremonial weigh-ins and attempts to catch his foes off guard by roaring in their faces.

Cutelaba's clash with Jacoby was the second serious weigh-in incident in the space of a month for the UFC.

Klose was forced to withdraw from their lightweight bout, although he was paid his show money.

White criticised UFC matchmaker Sean Shelby for his handling of the face-off, telling TSN: “Sean Shelby missed that one.

"Sean and I see the thing differently. I saw it on social media and called him immediately.

“I was at my daughter’s… I was in Orlando at the ESPN cheerleading competition.

"I saw the thing happen on social media and I called Sean, and I was, like, ‘Dude, where was your head on that one?’

"He was coming in hot, and it’s Jeremy Stephens, he’s a savage.

“We’re not standing there to look good and take pictures. We’re there to make sure that doesn’t happen.”