FIRST time buyers Berill Bihari and Marcus Rivers were gutted after they were left £12,000 short for their £295,000 home back in 2019 – and walked away from reserving the property.

But just one month later, HR advisor Berill, 24, and teacher Marcus, 24, were given thousands of pounds for free from the developer of the scheme, who footed the shortfall in cash they needed for a bigger deposit. 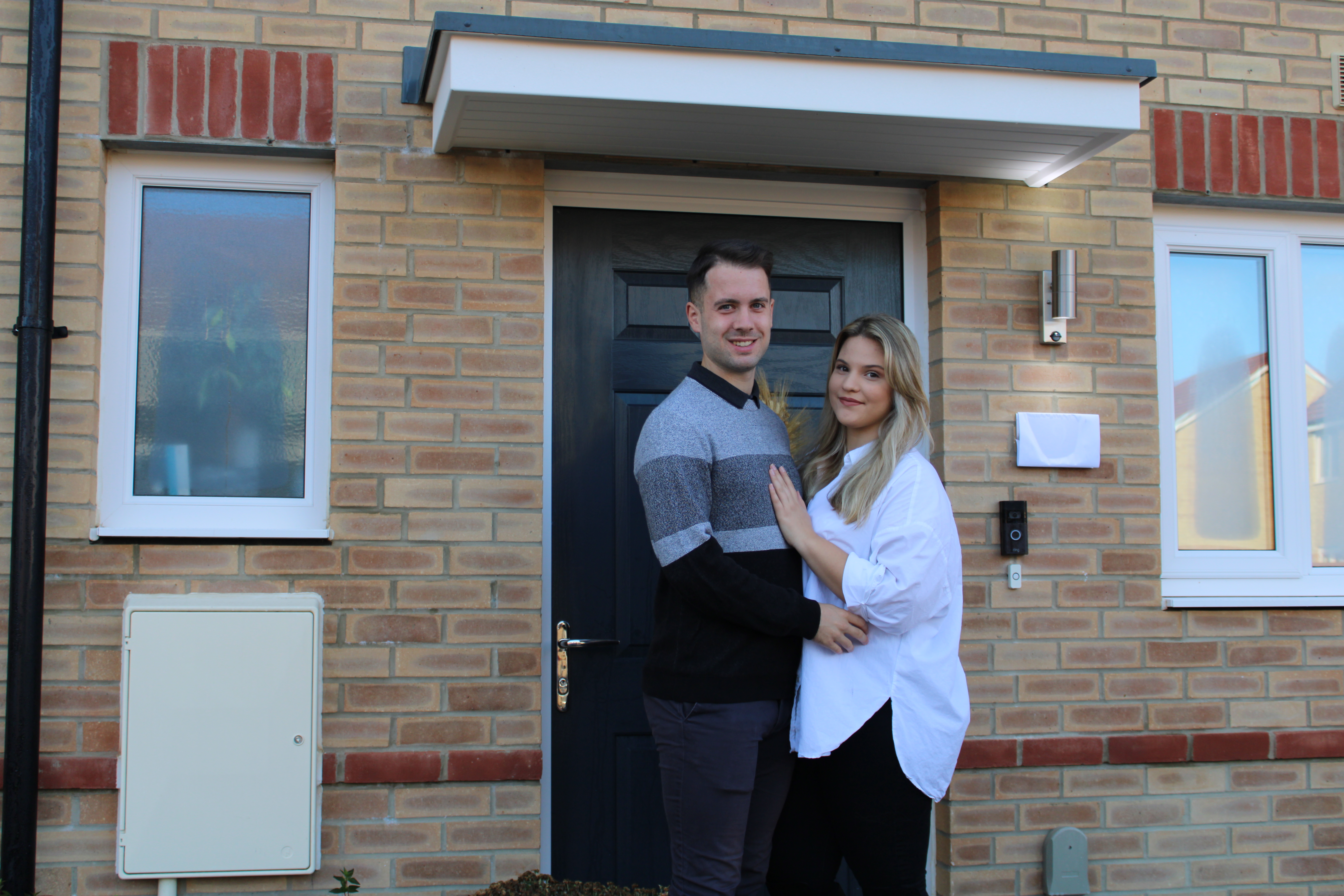 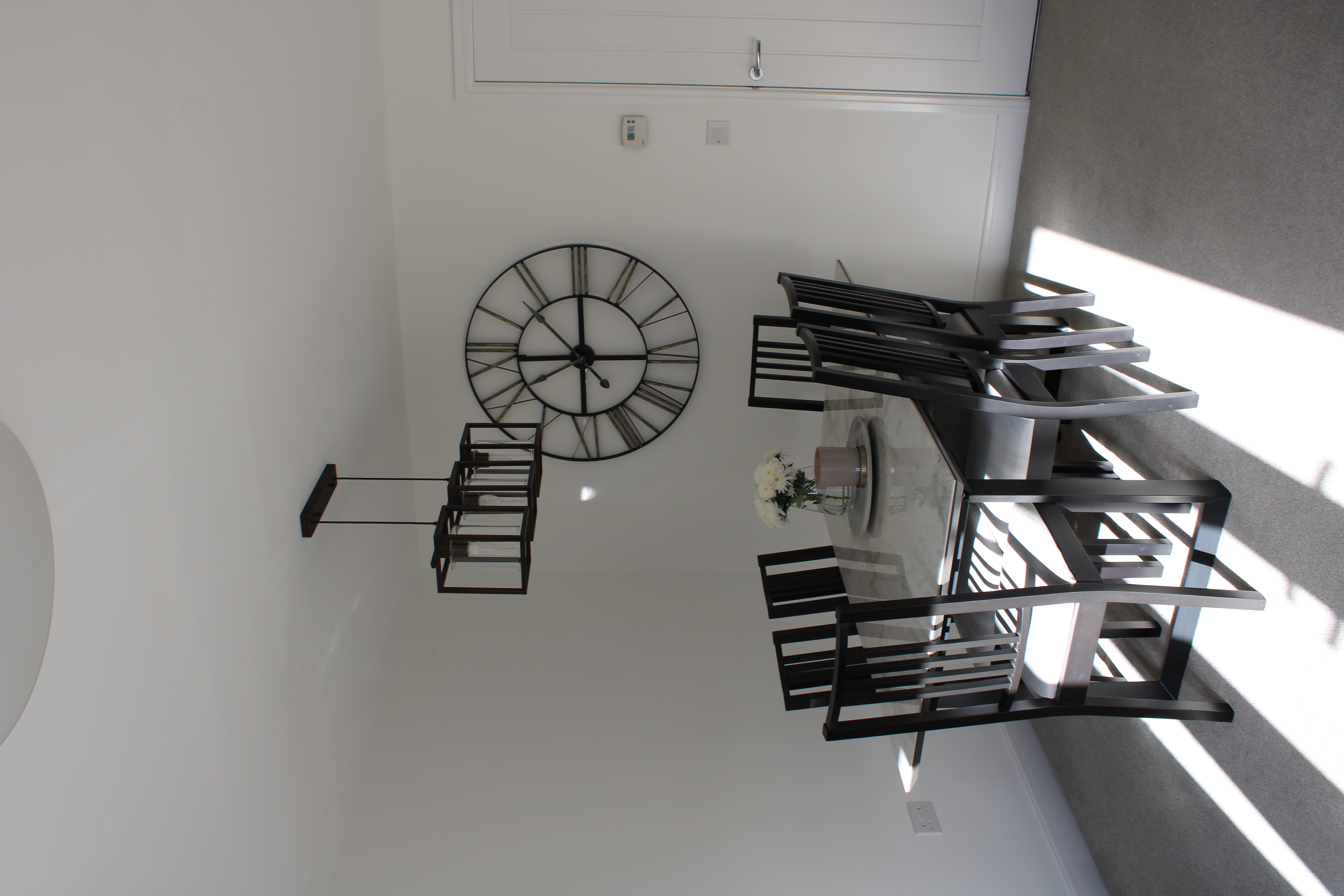 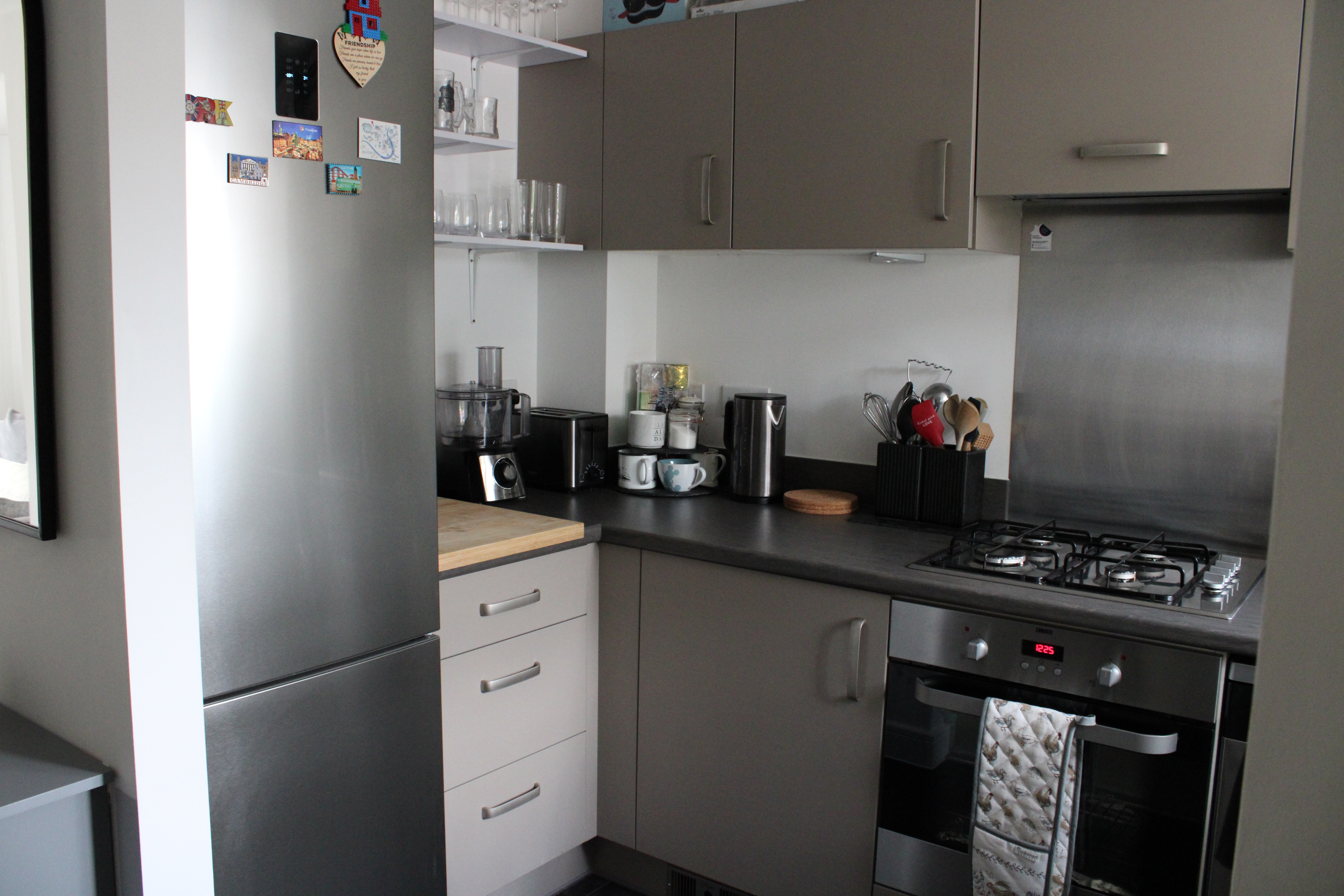 The couple initially thought they only needed a 5% deposit for a house as first time buyers – and saw the house nearly slip through their fingers after lenders told them they needed to put down a 15% deposit instead.

As lenders usually only give out loans up to a maximum of 4.5 times your salary, their wages weren't high enough to cover the mortgage needed for the house.

Heartbroken, the couple walked away from striking a deal, but in January 2020, the developer offered to stump up the £12,000 they needed for the larger deposit – as long as they agreed to reserve the property within 24 hours.

The couple said the developer gave the cash as a measure of “goodwill” to encourage them to buy the home.

Often, developers will offer incentives to buyers looking to bag a new-build property to get a deal over the line.

These freebies include offering cash to put towards the stamp duty fee and legal fees, and sometimes appliances like fridges, washing machines and dishwashers are installed as perks to make buyers more likely to buy.

In some cases – like Berill and Marcus’ – you can get free cash from the builder of the scheme to put towards buying your house worth up to 5% of the purchase price of the house, according to the Mortgage Advice Bureau.

For example, The Sun has spotted developer Peabody offering up to £6,000 cashback when you reserve a property at one of its schemes – Motion – in east London.

Although Berill and Marcus received an impressive incentive, you’re not guaranteed to get as big a wad of cash.

What you get depends on a case by case basis, and varies depending on who the developer is and what they’re willing to give to you.

If you’re a budding new-build buyer, it’s best to check in with the developer about what incentives they’re offering on the house you want.

Although they didn’t receive any financial help from friends or family, the couple saved rent by living with Berill’s parents for nine months.

They squirrelled away £30,000 over three years by logging their outgoings in a mega spreadsheet, which helped them keep their savings on track.

Both are lower rate tax payers.

We sat down with Berill to see how they managed to become homeowners for The Sun’s My First Home series.

Tell me about your house

It’s a two-bed semi-detached new-build house in the east of England.

One of the bedrooms has an ensuite, and there’s also a main bathroom too.

Downstairs there’s a kitchen, open-plan living room and dining room, and toilet too.

We’ve got a garden too – half of it is patio-ed and the other half is grassy.

My family’s dogs come around and stay with us sometimes, so having space for them was really important, and any future pets or kids we might have.

How did you decide on the location?

We were limited in location in some respects because we wanted a new-build home.

There’s a lot of government help on offer for first time buyers wanting to buy a new-build property, and it seemed a headache free option to us.

We wouldn’t need to pay anything on renovating or doing up the house, and as there’s a warranty on the house, if anything goes wrong with the building, the builder will fix it free of charge.

Basically, there was no cost we needed to pay on doing up our home apart from furnishing it.

The location of the property was great for us – we can get to work within an hour and there’s lots of options to travel in by train.

How much did you pay for it?

Our monthly mortgage repayments are £700.

We also used the government’s Help to Buy scheme to enable us to buy a bigger house than we could have with just our own money.

Using the scheme also helped to get us more mortgage options from lenders.

Were there any challenges buying the house?

Our house nearly slipped away because we were short on the deposit.

While we were saving, we had originally thought we would only need a 5% for a deposit because we were first time buyers.

So we initially budgeted to save £20,000 – and that included cash for furnishing our place too.

But when we started talking to a mortgage advisor, it became clear that we would need more than this to secure the property.

We were told that lenders would want us to put down a 15% deposit for the house due to the size of our incomes, as they would only lend us £195,000.

We walked away from the house, but a few weeks later in January 2020, the developer got back in touch with us to see why we hadn’t put an offer in.

After explaining that we were £12,000 short for the deposit needed to secure the house, the developer offered us the shortfall in cash we needed, saying it was a gesture of goodwill.

We were really shocked that they gave us this money and questioned why the developer was being so generous, but speaking to other people on our scheme, it sounded like they wanted to sell the remaining properties quickly.

After agreeing the deal and reserving the property in January, we exchanged in March. We finally moved into our property in August after Covid delayed our move in date.

How did you save for it?

We didn’t get any financial help from friends or family – we saved up for the deposit ourselves.

Instead of living by ourselves, me and Marcus decided to move into a flat share after we finished university in 2019.

We lived there for two years paying £500 each.

Before Marcus became a teacher in the beginning of 2020, he was juggling two jobs to try and make as much money as he could for the house.

He worked at a GP surgery doing admin work and had a job at Waitrose too – he would be working six days a week which really helped put cash into our savings pot.

I got made redundant from my job in February 2019 while we were in the middle of saving for our house.

I had to dip into my savings until I got a job seven months later – which was really demotivating, as it meant it was taking longer for us to save up for a home.

It meant we really had to cut back on our outgoings at this time.

We moved into my parents’ houses in June 2019 for just over a year to cut back on cash we were spending on rent.

We were paying £600 between us, which really helped with our savings – and we didn’t have to put any money towards food.

Cutting down on meals out and takeaways also helped. We would treat ourselves once a month putting us back £30 – some people go out every week, which meant we were saving a lot of cash compared to a lot of others our age.

But the main way I stayed on track with savings was by running a spreadsheet.

I would set a budget for outgoings like food, treats and travel – how much I would limit myself to spend depended on how much I wanted to save that month.

It really helped me to see exactly where my money was going and keep my finances in order.

How have you afforded to furnish it?

Unfortunately, the cash we had saved up for furnishings had to be put into the deposit needed for the house.

That meant we had to buy our furniture in phases in order to spread out the cost.

However, we asked for vouchers and housewarming gifts for our Christmas and birthday presents for years, which helped us save cash on what we needed to buy.

We also waited for the sales to buy big items at discounted prices. We got up to 50% off our fridge, washing machine, sofa and TV.

What’s your advice for other first time buyers?

It’s well worth investigating whether a new build property would work for you.

Most new build houses come with a 10-year warranty, which means any building faults are fixed free of charge.

Plus, there’s usually a two-year warranty on fixtures and fittings which have been installed in your home.

It means you won’t have to fork out the money yourself if something goes wrong with the property, in most cases, during the warranty period – which gives us peace of mind.

Looking at what government schemes for first time buyers are on offer could also be a good step to take.

We wouldn’t have been able to buy the home we wanted without the extra cash we got from the Help to Buy scheme.

Another couple bought their £200,000 despite having NO credit history – we explain how. 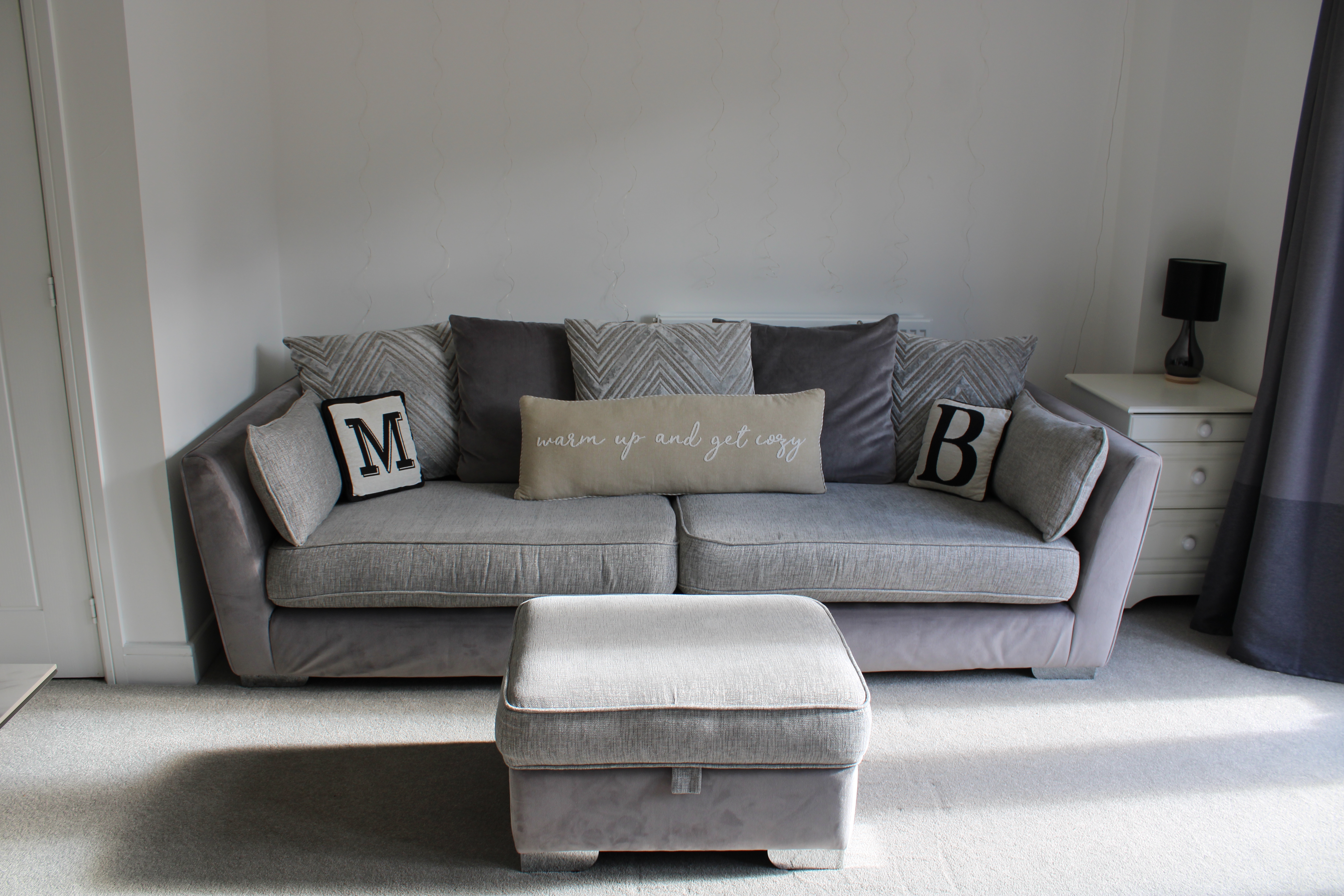 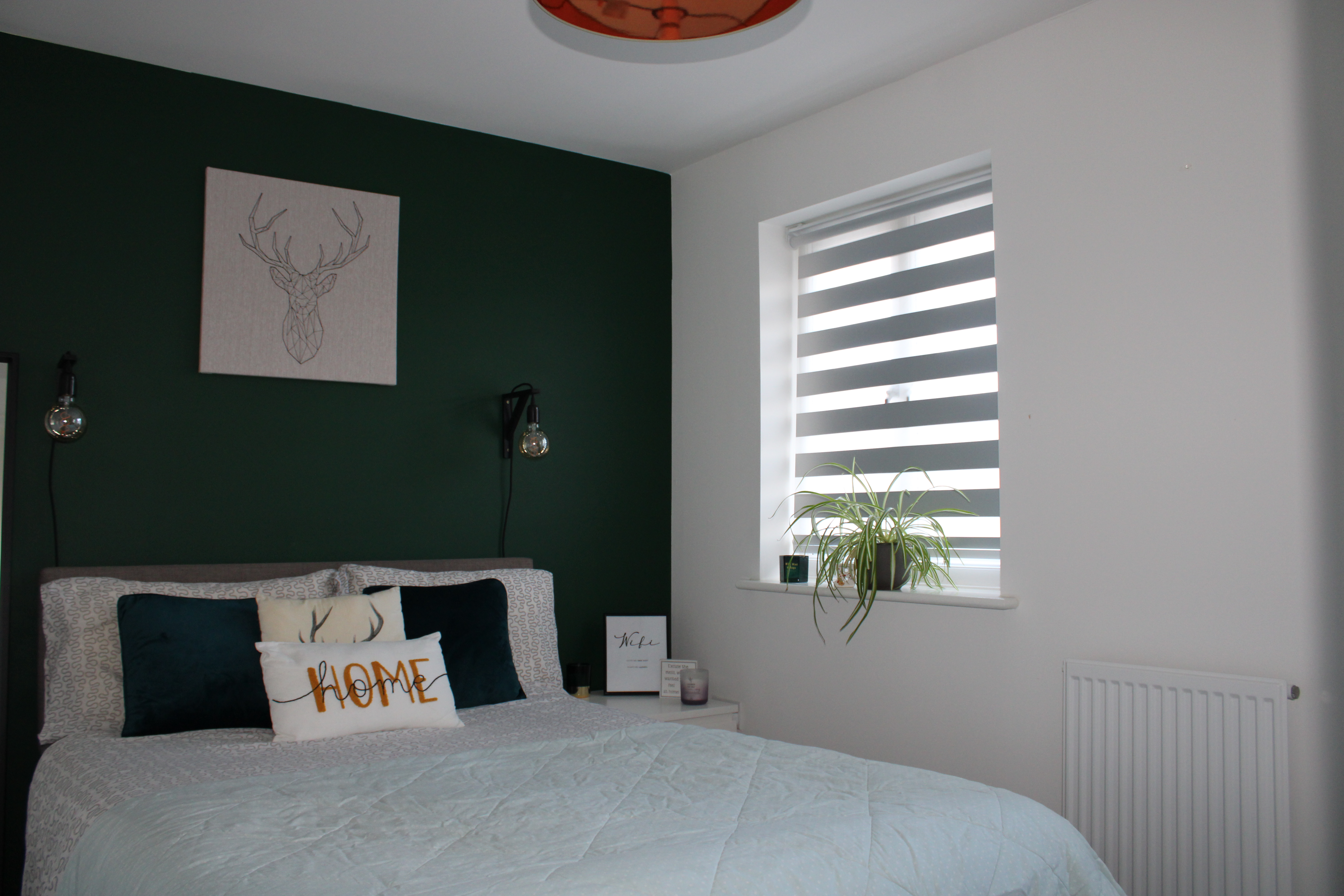 Do you have a story for The Sun Money team?