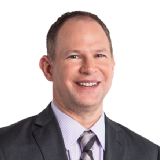 It’s Week 15 of the NFL season, which means the semifinals in many fantasy football leagues. COVID-19 remains a major factor for teams and thus for fantasy managers trying to adjust and make the best lineups they can. Matthew Berry’s Love/Hate is here to help you move deeper into the fantasy football postseason.

A&M Consolidated, if you can believe it, is the name of a high school.

Specifically, it is the name of a high school in the city of College Station, Texas.

More specifically than that, the school was founded in 1920, which means this year is the 100th anniversary of A&M Consolidated High School.

Bet you weren’t aware that former UNC head coach and now offensive coordinator at Baylor Larry Fedora went there. Or that actress Brianna Hildebrand (aka Negasonic Teenage Warhead from “Deadpool” and “Deadpool 2”) is an alumna. Or that current Los Angeles Laker (and defending world champion!) Alex Caruso led the Tigers hoops team to the Texas state regionals while roaming the halls at A&M Consolidated.

I’ve learned a lot going through the school’s “A&M Consolidated Centennial” page on Facebook because, as you might have figured out by now, the school’s alumni also includes a fantasy sports analyst known for long-winded and self-centered intros about himself.