THEY could almost hear the Champions League anthem reverberating in their earholes.

It was there for the taking – Opera in the East End, club football’s grandest theatre arriving at a club many had tipped for relegation. 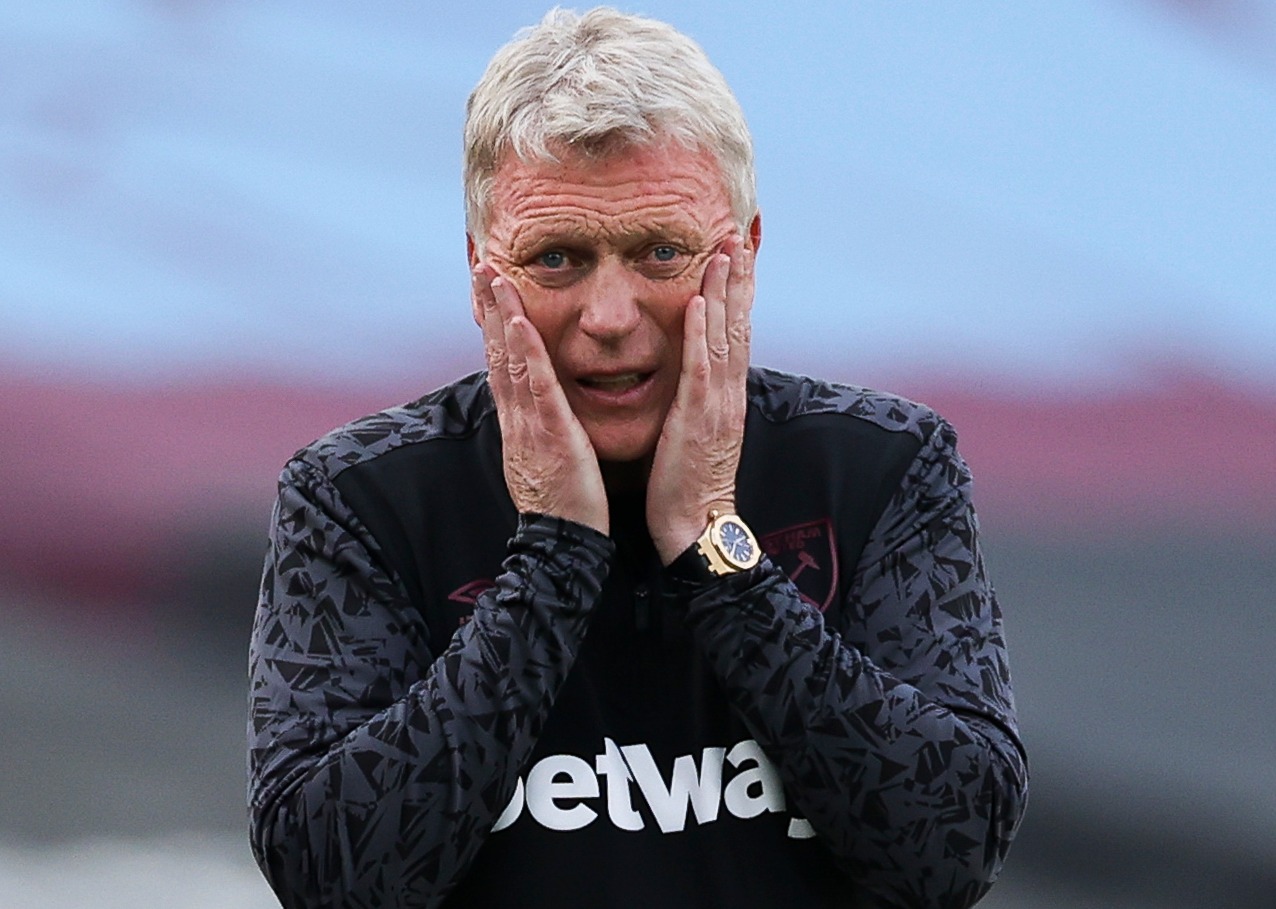 Win this and West Ham would be just two points off fourth-placed and with a far easier run-in.

Yet David Moyes’ unlikely lads could not muster a single shot on target and were beaten by a first-half strike from Everton star Dominic Calvert-Lewin.

Vladimir Coufal did hit the inside of the post and West Ham bossed possession, especially in the second half.

But, perhaps understandably, the Hammers seem to have run out of steam – they do not have a specialist centre-forward at the club and they are currently operating without a genuine holding midfielder either.

There is still some hope. West Ham face Brighton, West Brom and Southampton, while Leicester must take on Manchester United, Chelsea and Tottenham – so a five-point swing is far from insurmountable.

But Liverpool are lurking dangerously in sixth place, with a game in hand and might well be considered favourites to sneak into fourth now.

For Moyes, this was a seventh defeat in ten against the club he managed for more than a decade.

It was only a second win in eight for Carlo Ancelotti’s men and while they could stay make the top four themselves, there is surely too much traffic ahead of them. 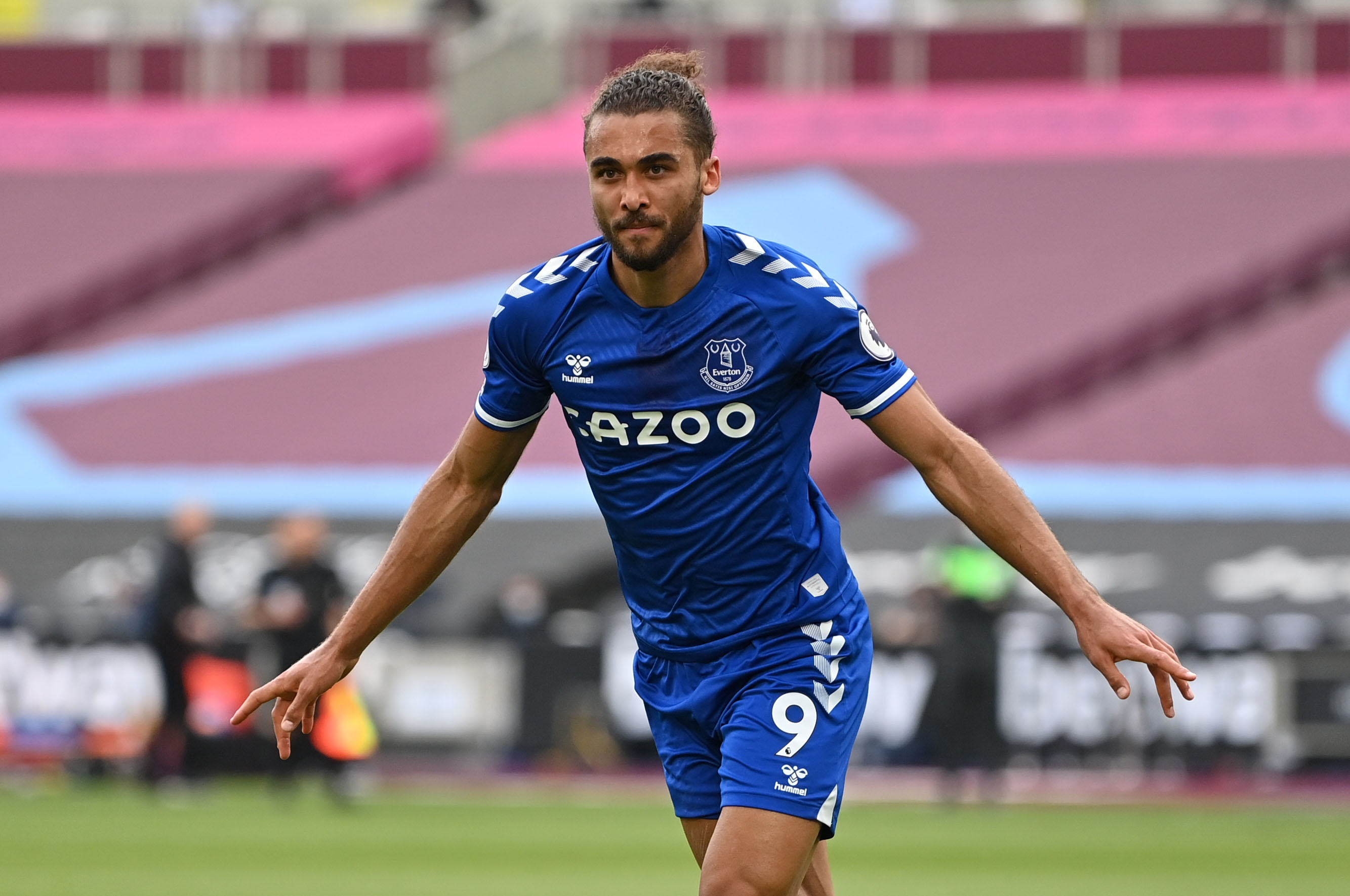 It is a damnedly difficult for anyone outside the ‘big six’ to finish on those Champions League places – Moyes achieved it once with Everton and only Claudio Ranieri’s Leicester title-winners have managed it since.

Moyes opted for an unchanged line-up – the same attacking side which defeated Burnley last time out, when a Michail Antonio double reignited those Champions League hopes, further boosted by Leicester’s shock defeat by Newcastle on Friday.

But after a quiet opening quarter, West Ham were undone by the lack of any defensive-minded midfielder – with both Declan Rice and Mark Noble unfit.

Ben Godfrey strode out of Everton’s three-man defence, allowed too much time and space by Manuel Lanzini – playing a deeper role than he is accustomed to. 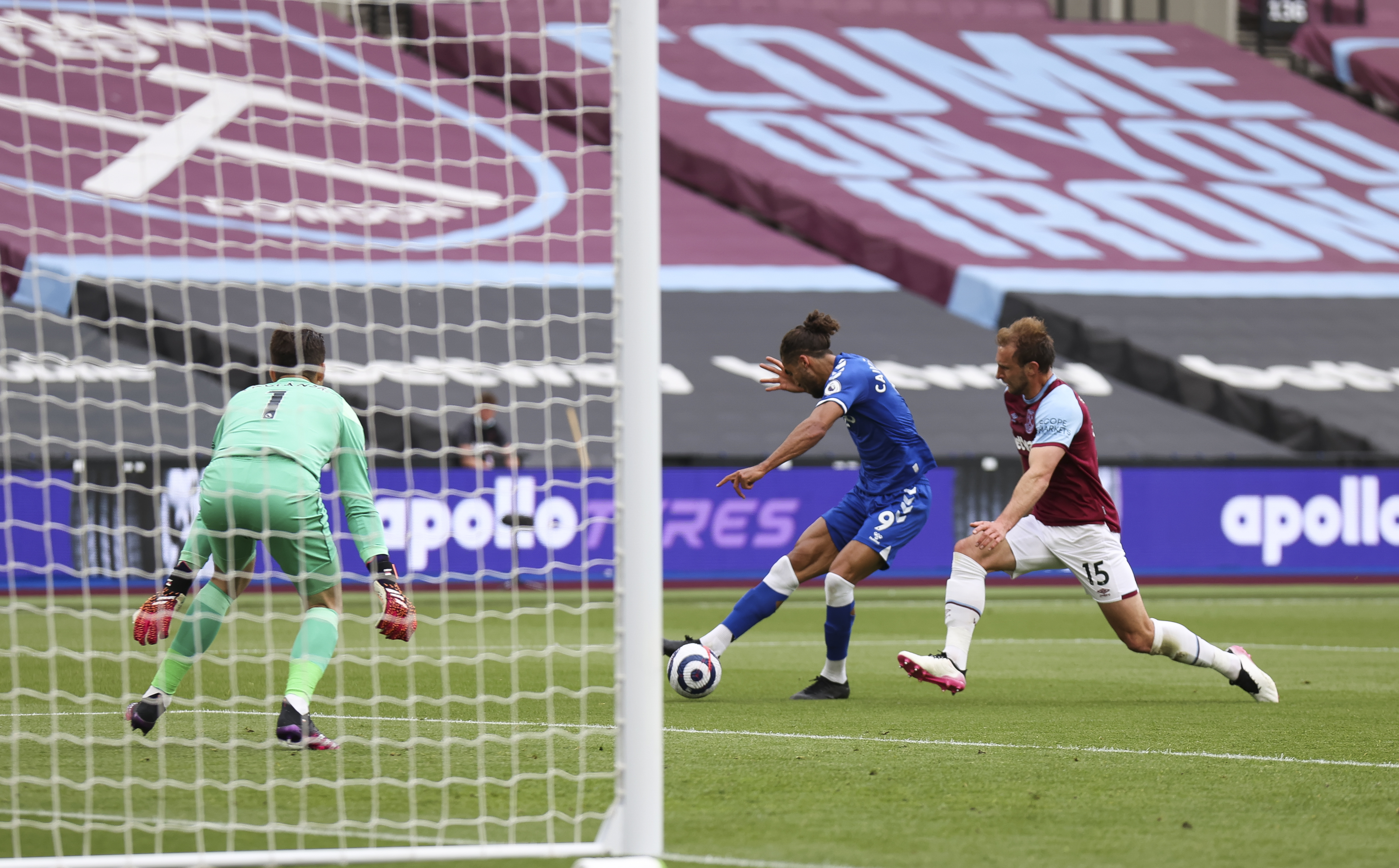 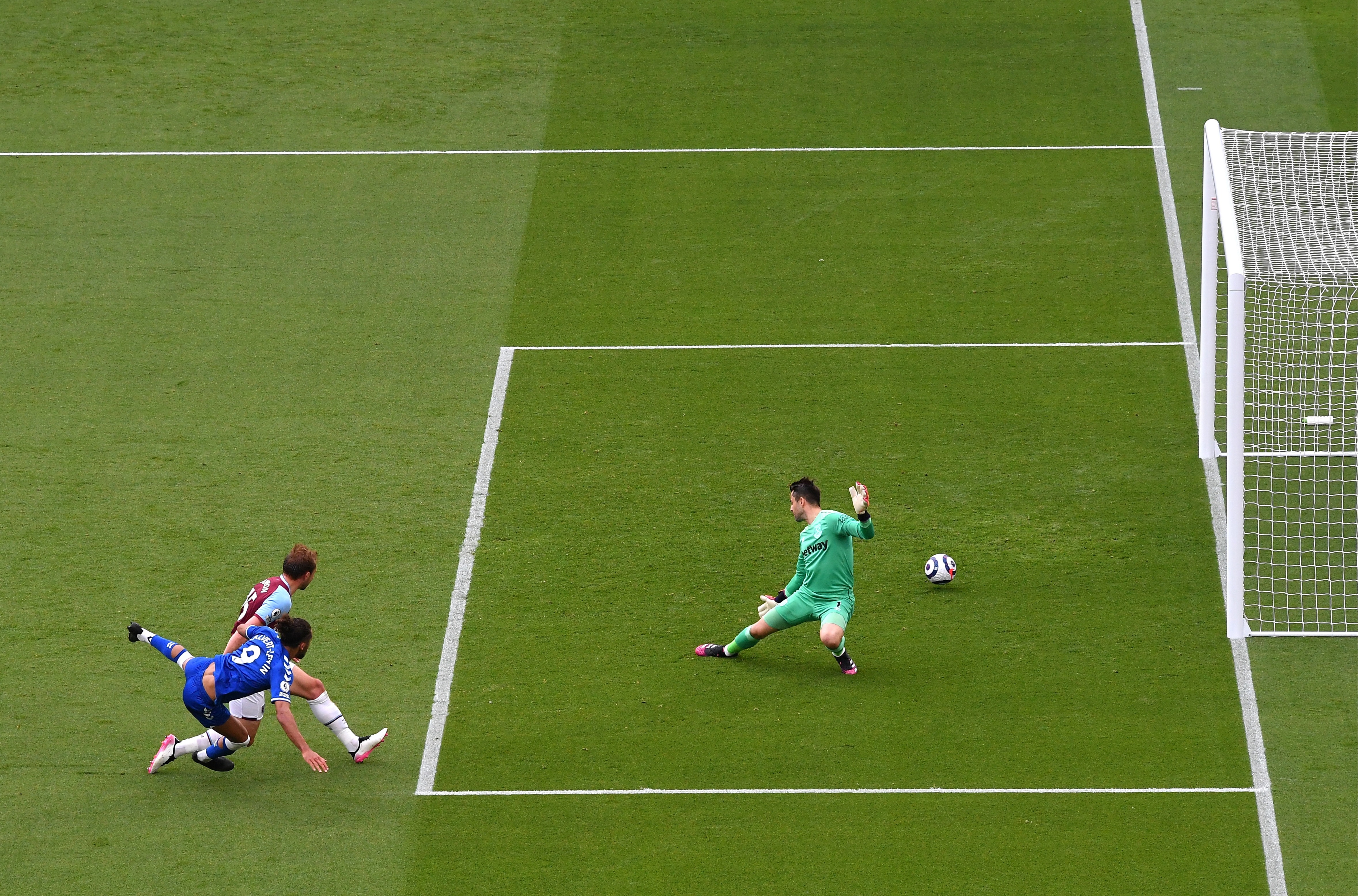 Godfrey slipped a cute through-ball for Calvert-Lewin to out-pace Craig Dawson and slot past Lukasz Fabianski.

It was the England striker’s 16th goal of the season, a campaign which should ensure a place in Gareth Southgate’s squad for the Euros.

West Ham a penalty shout turned down when Michael Keane barged over Antonio but Ancelotti’s men broke away and won a free-kick which Gylfi Sigurdsson struck with curl and power, forcing Fabianski to push wide.

Fabianski was busy again soon after – Richarlison toasting Issa Diop but seeing his shot blocked by the Polish keeper, who might have brought down the Brazilian as he went in for seconds. 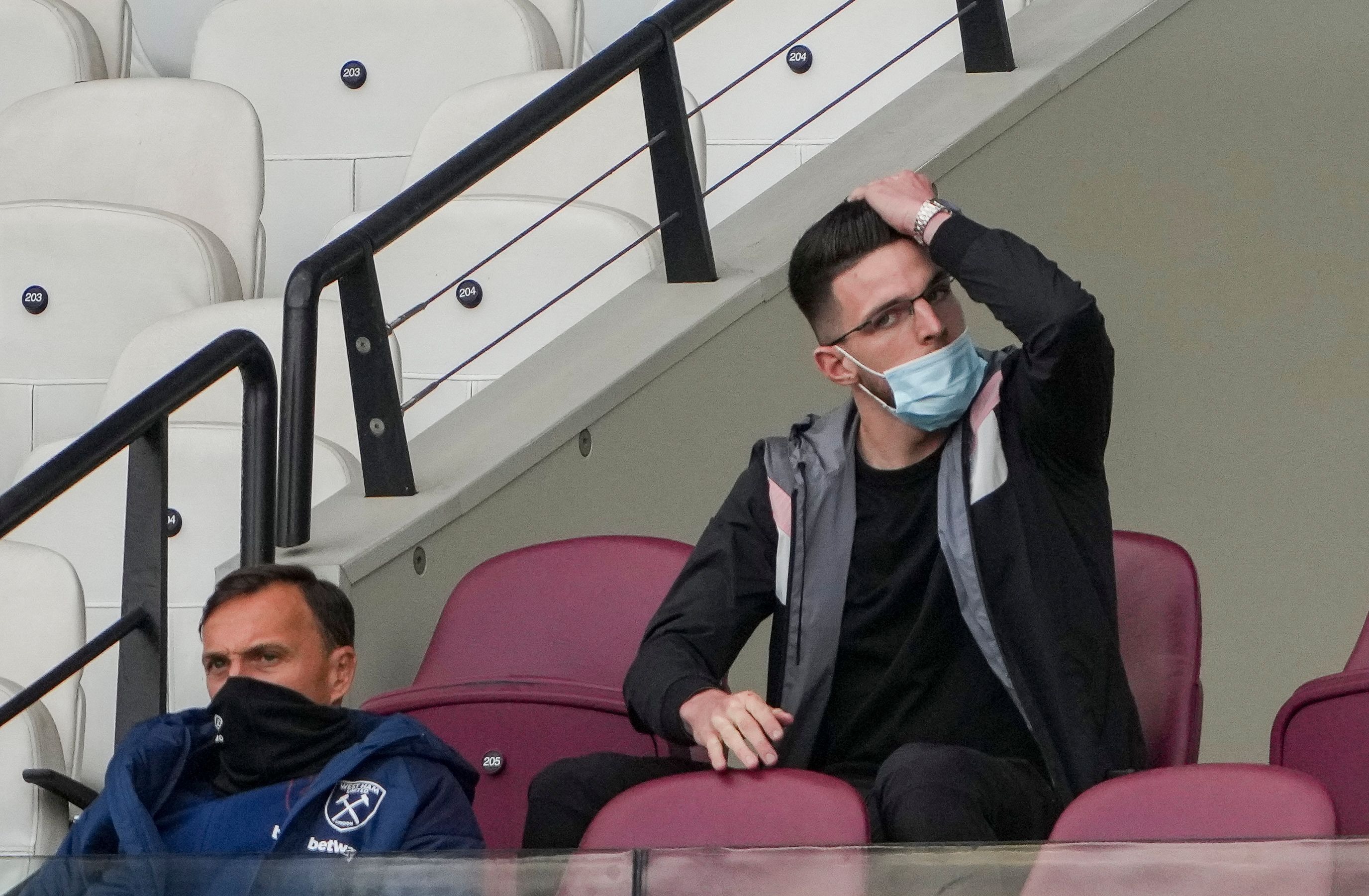 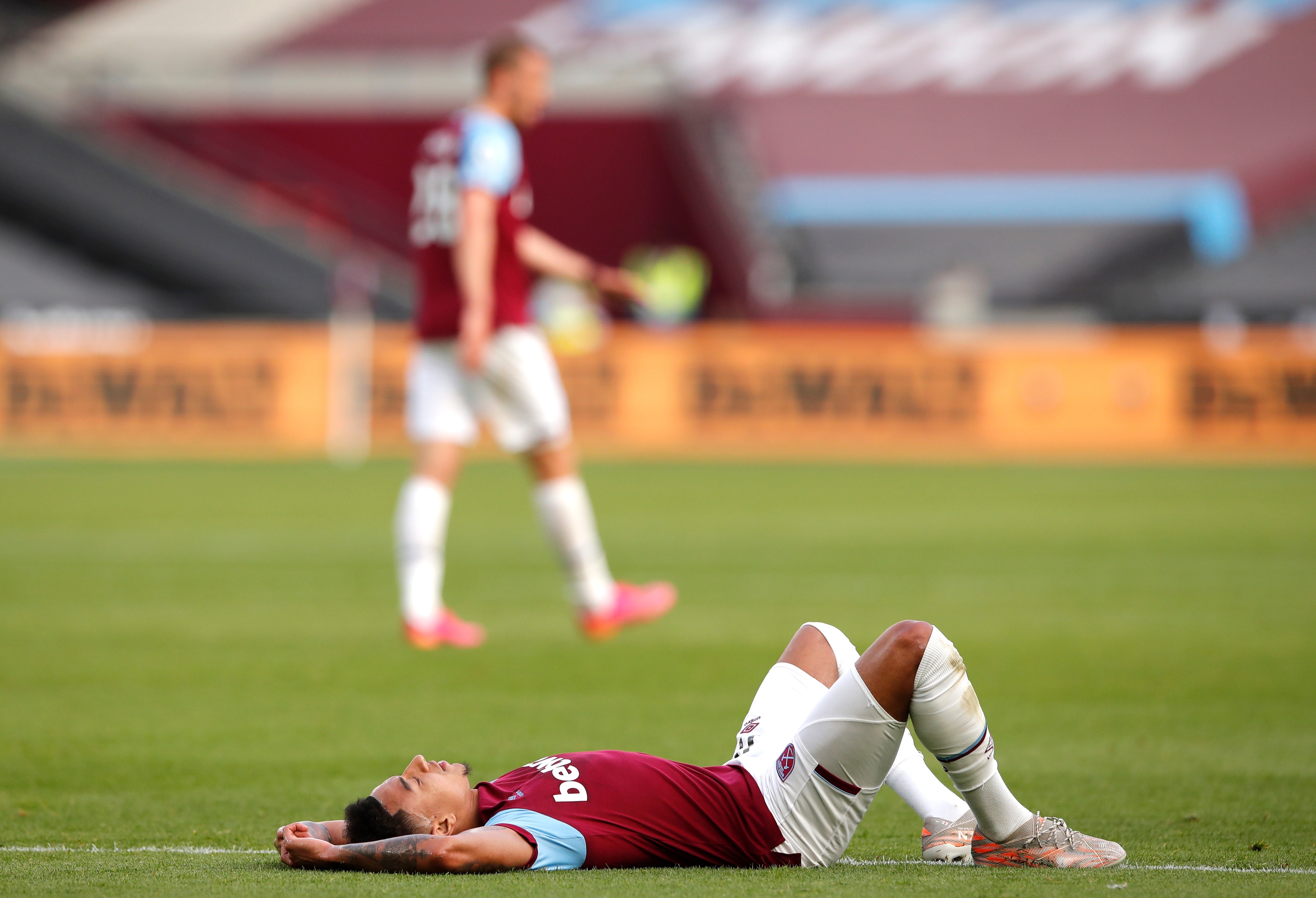 Finally, West Ham created a clear chance of their own, a gorgeous cross from Pablo Fornals locating Said Benrahma in space at the far post but the winger only able to head wide back across goal.

Benrahma has had 31 efforts on goal since last summer’s switch from Brentford but has yet to score in the top flight – no one in the league has had so many attempts without scoring.

Lanzini picked up a knock before the break, Moyes sending on Jarrod Bowen in an even more attacking line-up still.

The Hammers started the second half brightly and they came close to equalising on the hour. 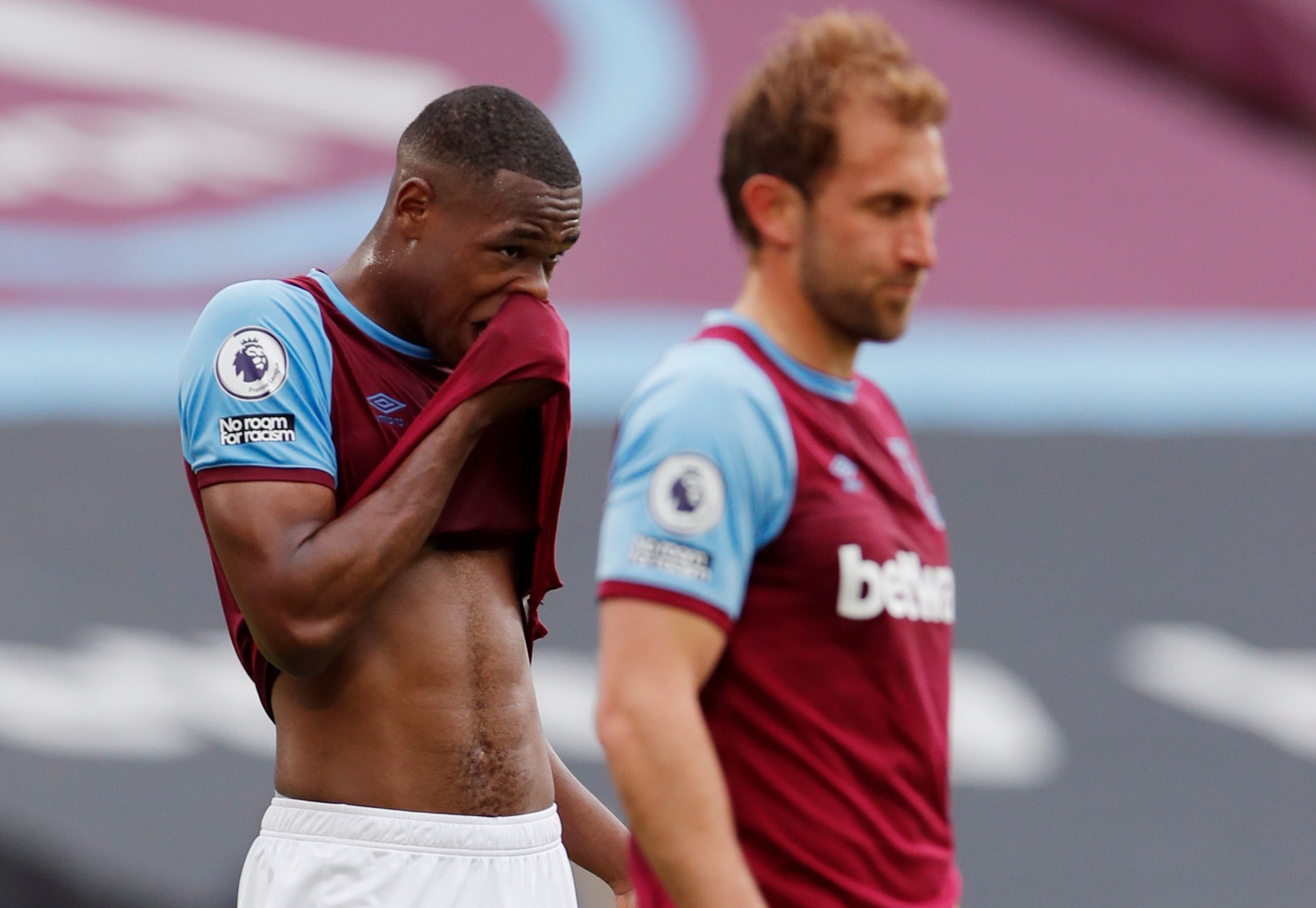 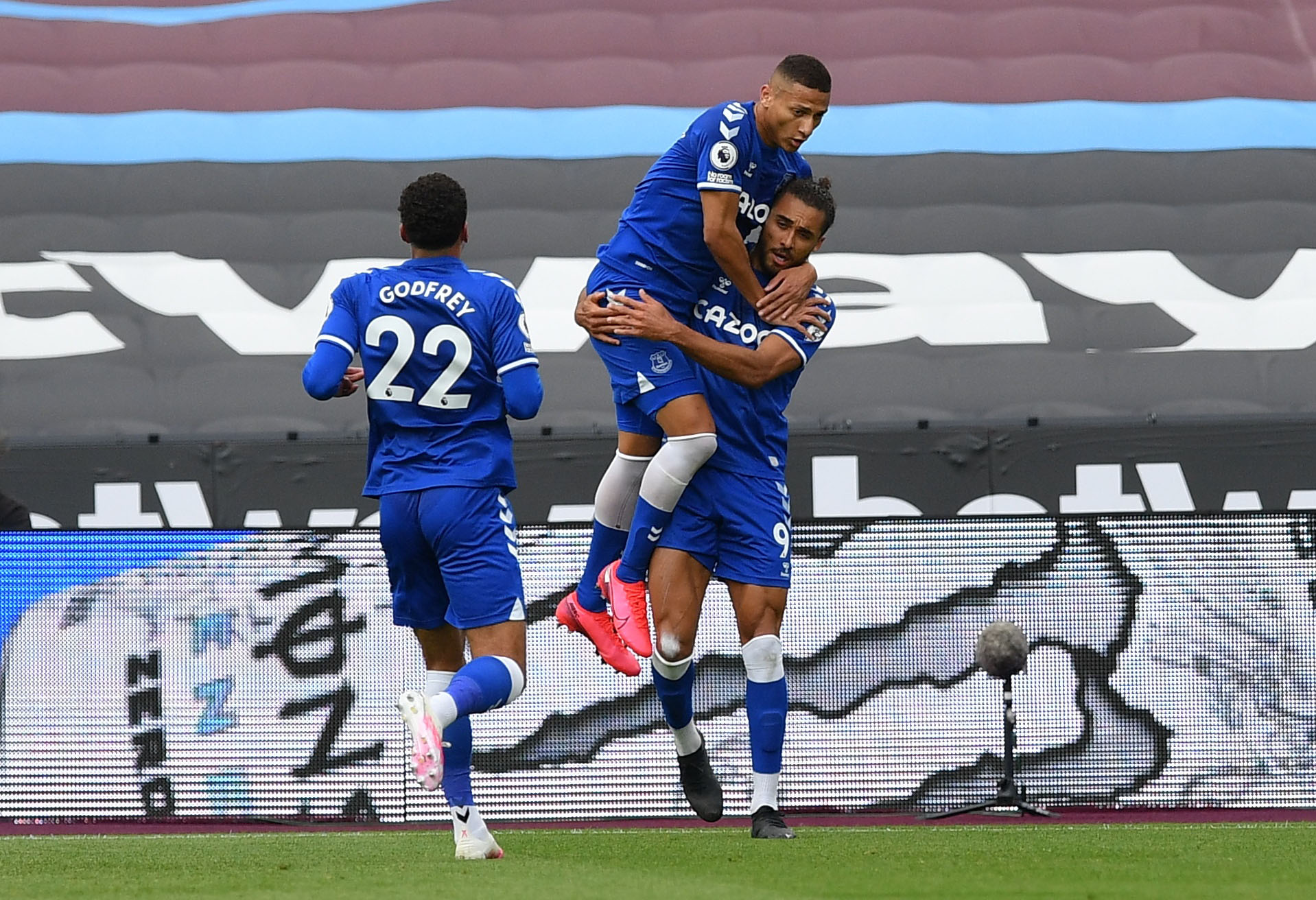 Fornals played a one-two with Antonio and slid a diagonal pass to Valdimir Coufal on the overlap.

The Czech full-back drilled a first-time shot against the inside of the post and Bowen made a hash of the rebound effort, only managing to deflect the ball into Jordan Pickford’s arms with his knee.

Everton were getting thoroughly penned in now, barely reaching the halfway line – Richarlison’s screaming antics about their most remarkable contribution to the contest.

Tomas Soucek was booked for a genuine foul on Richarlison and Andriy Yarmoloenko was sent on in place of Benrahma as Moyes made a last desperate throw of the dice.

But Everton almost doubled their lead when Calvert-Lewin lured Fabianski off his line and centred for sub Josh King to head against the post.