Home » Lifestyle » What is Poshmark?

Poshmark CEO on social shopping: I’m shocked with how big the industry has become

Clothes you no longer care for and in some cases never wanted in the first place may just be the right fit for someone else.

It's a concept that Poshmark capitalized on.

The second-hand retail marketplace place, which bills itself a leading social commerce platform the next generation of retailers and shoppers, is armed with over 25 million items from thousands of brands. It's an impressive feat for a company whose business model is heavily mobile-based.

This distinctive model helps it differ from competitors such as eBay, which has made it easy to sell items for the price you want with little hassle, as well as Thredup.com which is a site geared towards buying and selling high-quality secondhand clothes. `

Despite the competition, Poshmark has garnered 60 million subscribers across North America collectively selling 100 million items since launching in 2011, according to the company.

The virtual shop is geared towards both men, woman and children who desire wanted or even new and unused items. However, the free app, accessible through any iPhone or Android, is also encouraging those to also sell home decor products such as accents, bedding and wall art, The Verge reported.

HOW POSHMARK IS REVOLUTIONIZING RETAIL

“What the acceleration of the home market says, is that the selling of home is not that different from the selling of fashion,” Poshmark co-founder Tracy Sun told The Verge in 2019. 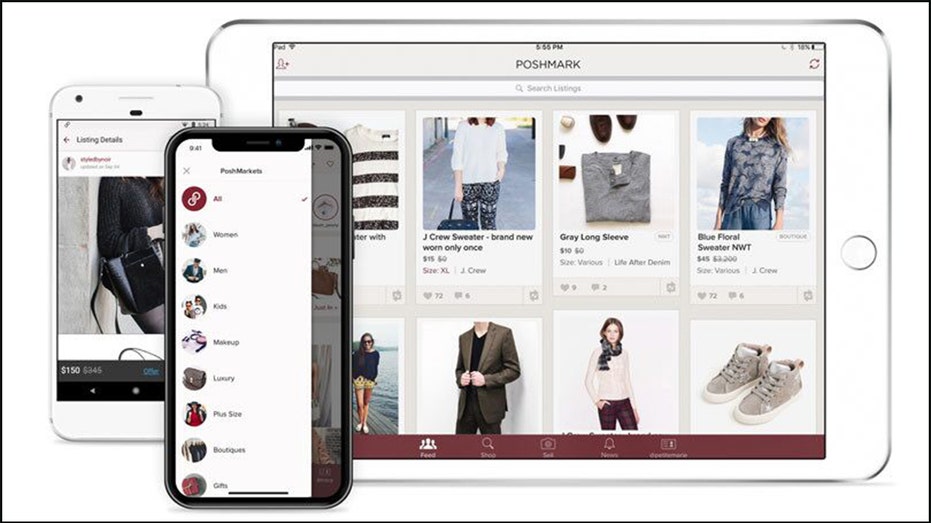 Despite the California-based company's continued growth, it remains privately owned. In 2019, the retail marketplace reportedly delayed plans to go public in order to focus on improving operations and boosting sales, according to Bloomberg, citing sources that could not be named.

The company touts that buying on the app is not only simple but secure.

To purchase a new or used product, users must hit the "Offer" or "Buy Now" button found at the bottom of every listing. If you buy the item flat out, the app will take you to the payment process where you will choose how to pay for the product and confirm the purchase.

Comparatively, if an offer is submitted and accepted, users will get charged for the purchase and the seller will begin the shipping process. However, sellers also have the ability to decline or counter the offer.

To list an item for sale, subscribers snap a picture of the item and upload it to the app. Once uploaded, subscribers fill out the product description and set a price.

If a product never ships or doesn't match the description, buyers will receive a full refund. Aside from this, the company cautioned that all other sales are final.