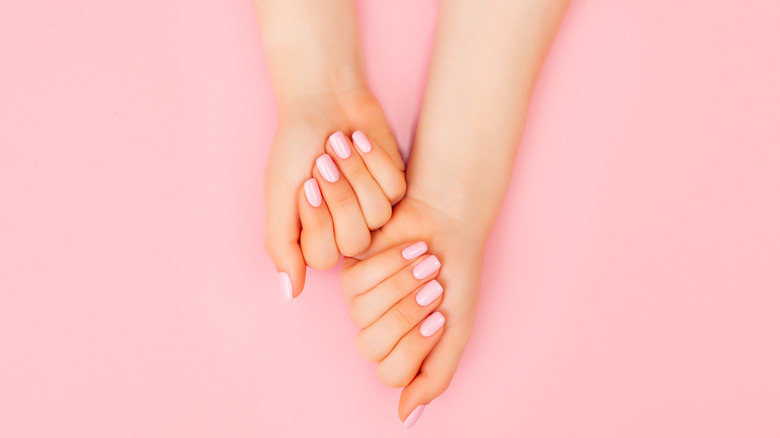 Your fingernails are handy tools that can be useful for scratching an itch or picking up food. But they can also be important indicators of our health. Paying close attention to the shape, texture, and color of your fingernails can mean the difference between catching a disease early and waiting too long to be able to easily treat it. There are plenty of ways to tell if something strange is happening with your health just by looking at your nails. And if you notice a dark streak under one of them, it’s a sign that you should see a doctor right away.

Fingernails are made of keratin, a protein that grows from the nail bed near the cuticle (via Mayo Clinic). When fingernails are healthy, they look smooth and evenly colored. They don’t have pitting, grooves, or spots. Caring for your fingernails can prevent many nail conditions from forming. By keeping them clean and moisturized, you can prevent bacterial growth and splitting. Biting or picking at nails or cuticles can cause injuries where infections can form.

While some changes to fingernails are normal, such as an increase in visible vertical ridges as a person ages, others can mean that you might have a more serious condition. You might not think of skin cancer as a disease that can show up under the fingernails, but the formation of a dark line or streak under the nail is a possible symptom of melanoma.

Watch out for these symptoms 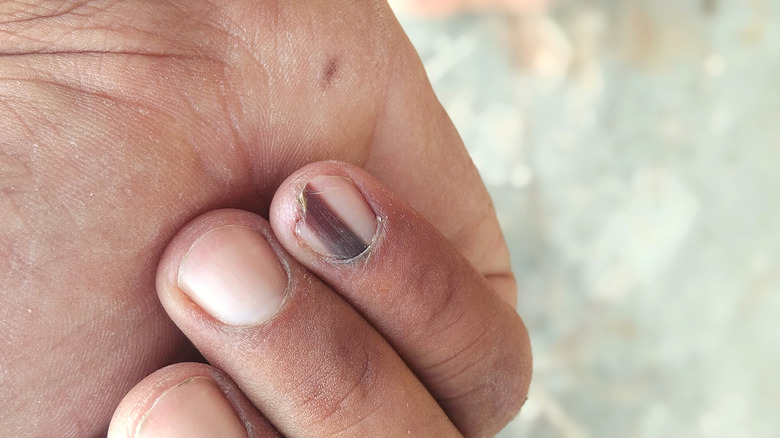 Melanoma is the most serious type of skin cancer. It forms in the pigmented cells called melanocytes when the skin is exposed to too much ultraviolet radiation from the sun (via Medical News Today). Usually, these cells replicate normally. But when they grow rapidly and out of control, they can form cancerous moles or spots on the body.

Unlike other types of melanoma, subungual melanoma is more common in those with darker skin (via Canadian Dermatology Association). It also has a lower survival rate than other types of melanoma, because it’s often not diagnosed in the early stages. In order to treat the cancer, doctors will remove the melanoma, which may require removing the entire nail or even the finger or toe. If you notice any of the signs of subungual melanoma, have your nail examined by a doctor as soon as possible. Catching melanoma early can give patients the best chance at a long and healthy life.