Home » Lifestyle » Where are Gareth Bale's Tottenham team-mates from 2007 debut against Man Utd, from Steed Malbranque to Pascal Chimbonda?

Where are Gareth Bale's Tottenham team-mates from 2007 debut against Man Utd, from Steed Malbranque to Pascal Chimbonda?

GARETH BALE is on the brink of returning to Tottenham.

The Real Madrid outcast, 31, is rumoured to be flying to London on Friday to complete his season-long loan move. 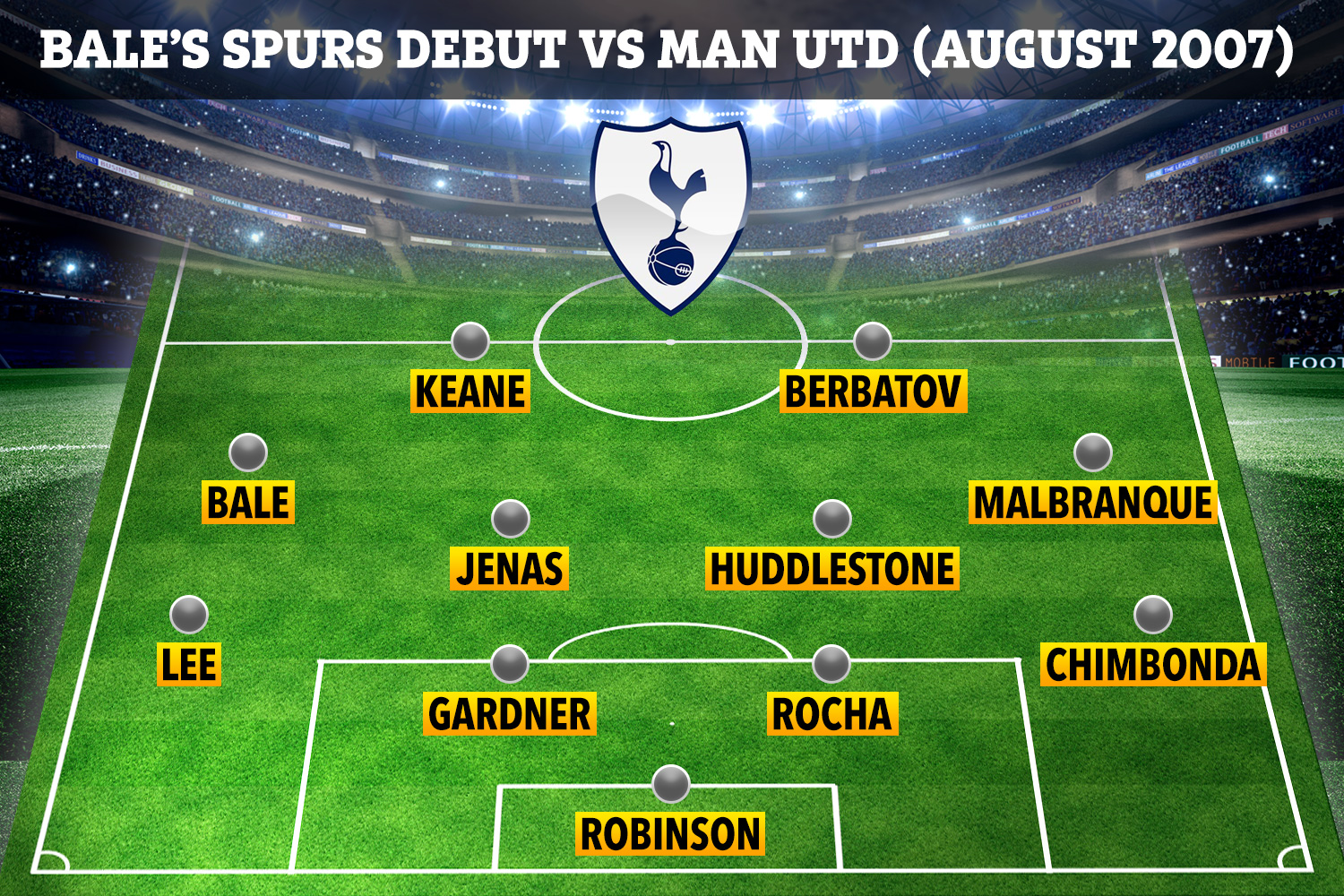 Bale burst onto the footballing scene at Southampton in the 2006-07 season before securing a move to Spurs the following summer.

The golf-mad Welshman has gone from left-back, to left-midfield to world-class right-winger during his career.

But it was his pacey, attacking displays at Spurs between 2007 and 2013 which caught the eye of Real Madrid.

In that run, Bale scored 55 times in 203 games after an appalling start to life at the club.

The Wales winger was infamously considered to be Tottenham's "jinx", after failing to win in any of his first 25 games.

Of course, things turned around quickly for Bale, who – by 2013 – was a bonafide world-beater.

Real Madrid paid a then-world-record £86million to bring Bale to the Bernabeu at the end of the 2012-13 season.

But six years earlier, Bale was still a relatively unknown making his debut for Tottenham in a 1-0 defeat against Manchester United in which Nani scored his first goal for the club. 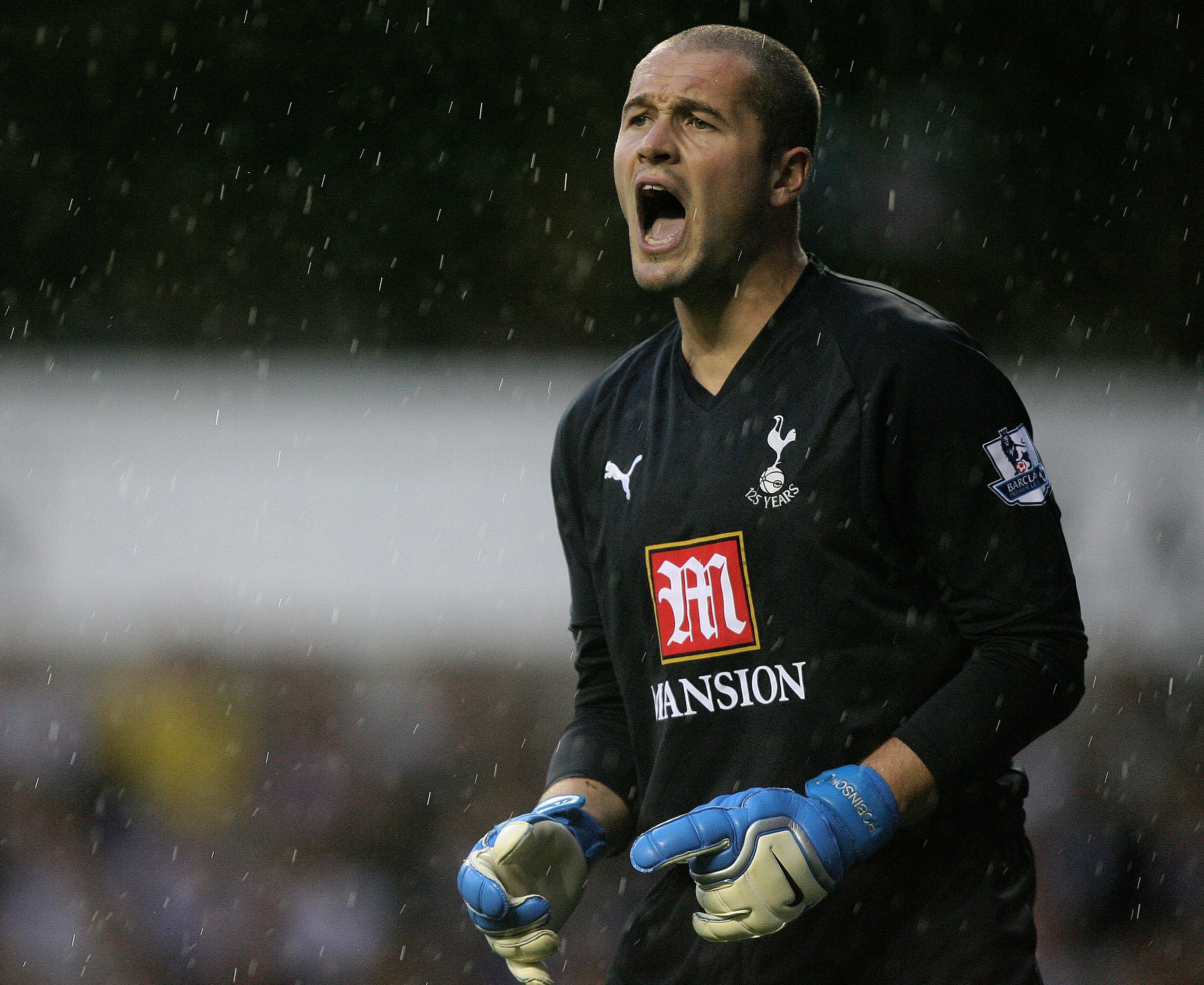 AFTER six years at Leeds, Robinson enjoyed arguably his best years at Tottenham between 2004 and 2008.

The 41-cap England star later enjoyed spells at Blackburn and Burnley before retiring in 2017.

Robinson is now a football speaker for events. 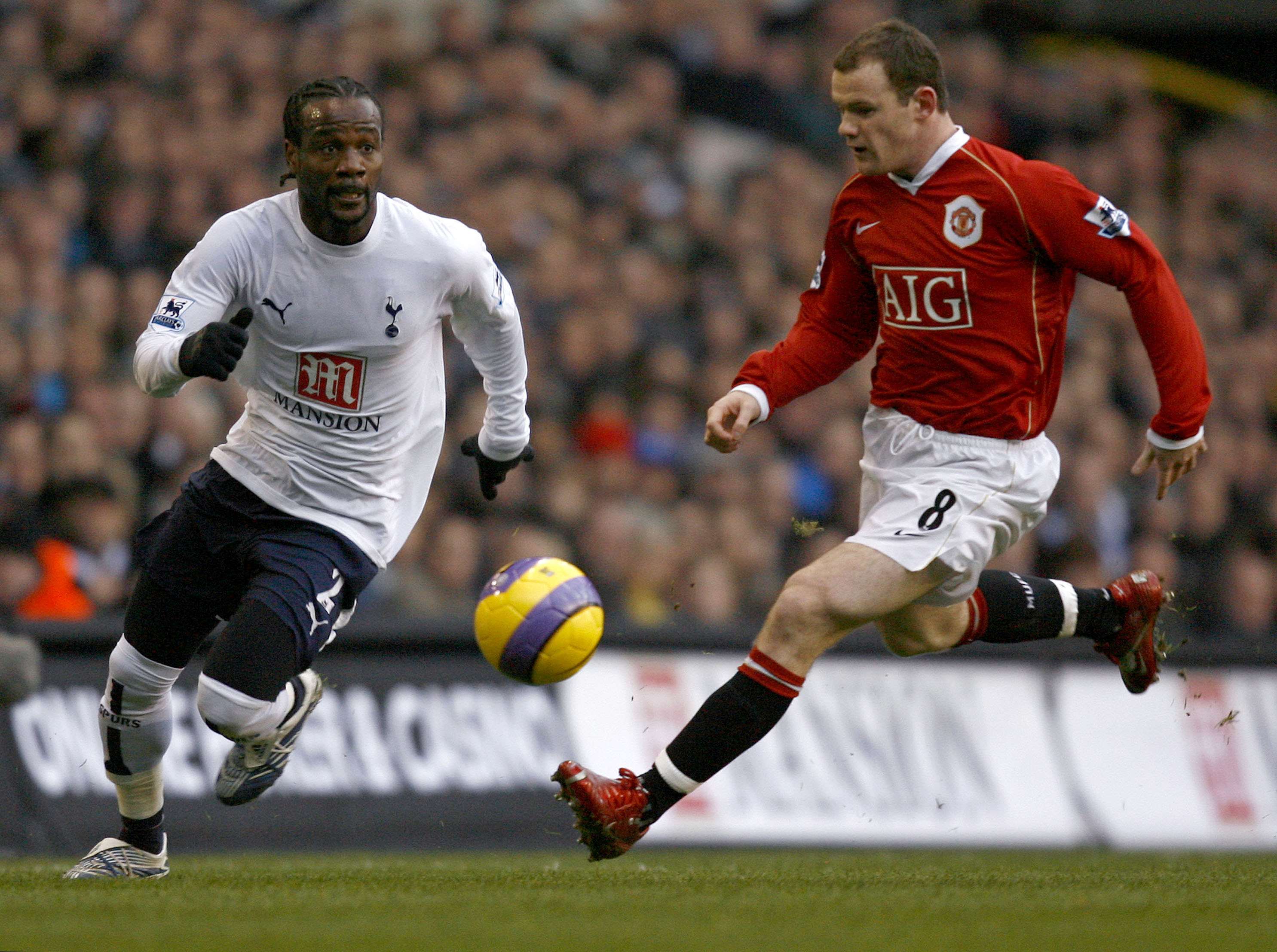 CHIMBONDA is the ultimate footballing journeyman – having already played for Le Havre, Bastia and Wigan before moving to Spurs in 2006.

Since quitting North London in 2008, the six-cap Guadeloupe and one-cap France international has moved TEN times, including for a second stint at Tottenham in 2009.

He is now working towards gaining his coaching badges. 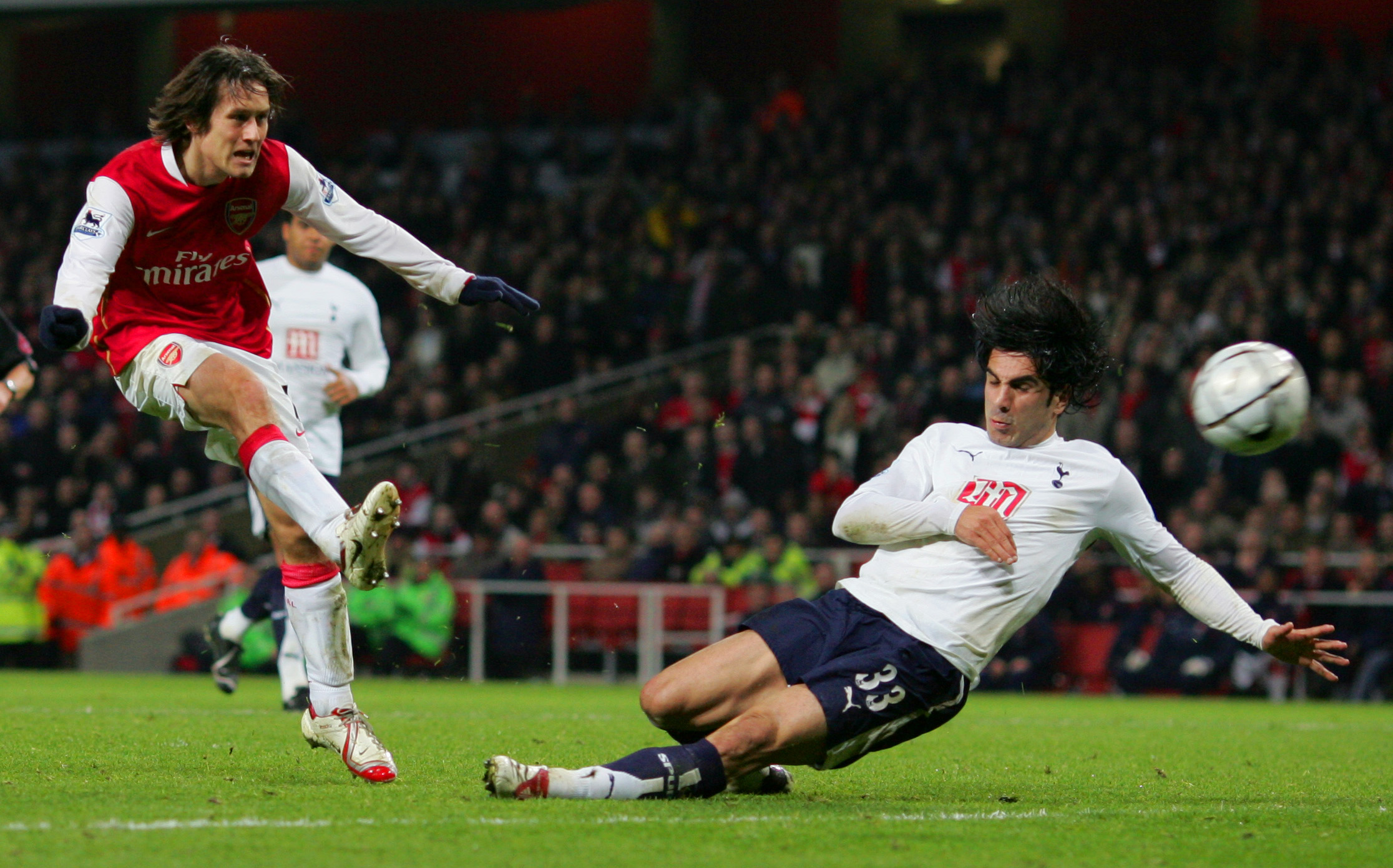 THE former centre-back played just 14 times in the league for Spurs following stints at Famalicao, Braga and Benfica.

Rocha spent a season at Standard Liege before finishing his career with three seasons at Portsmouth.

The six-cap Portugal ace left the club after attempting to take on a role of dual role of player AND director of football, which was shot down by Pompey chiefs. 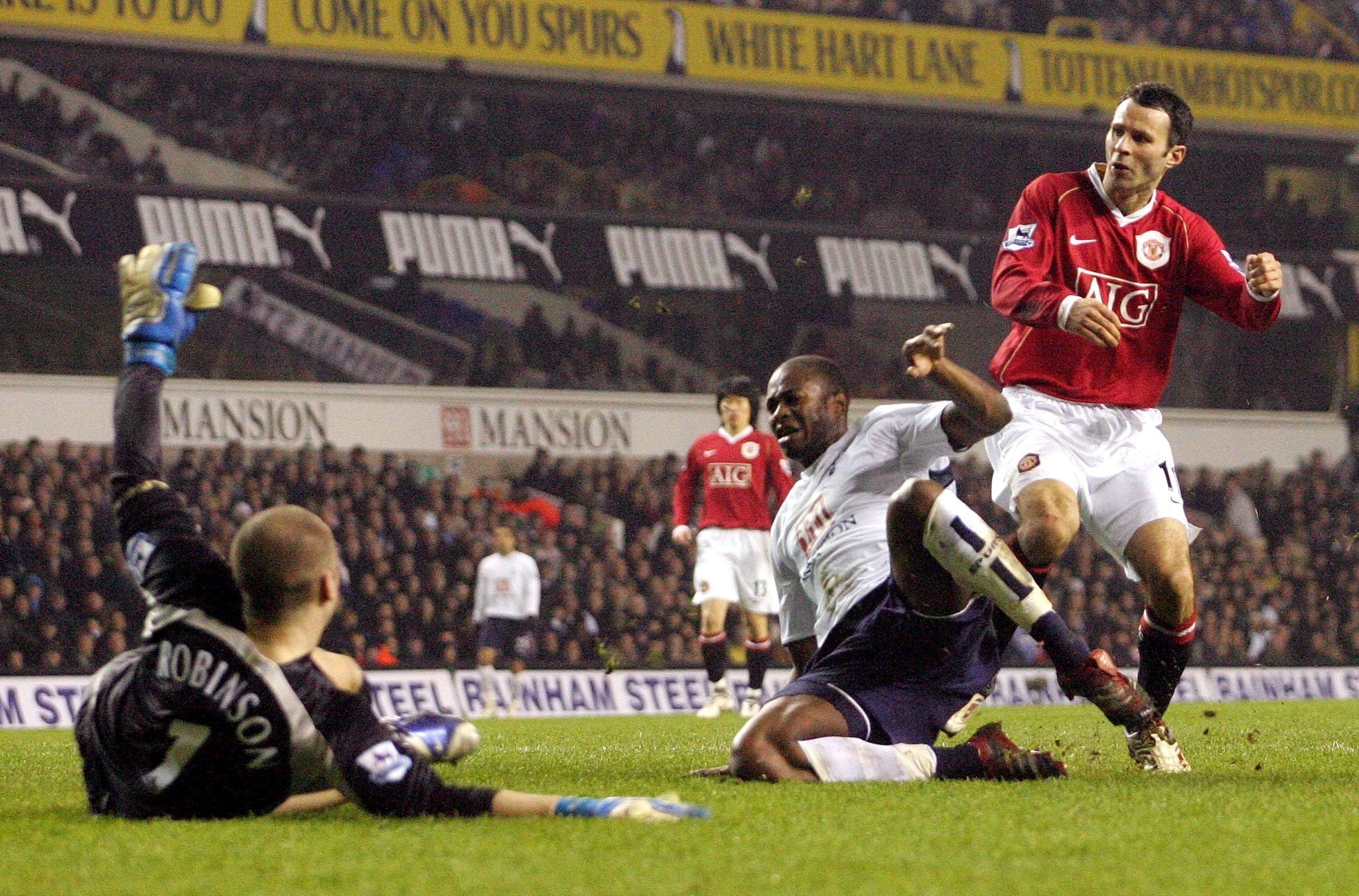 THE one-cap England star spent nearly a decade at Spurs, racking up over 100 Premier League appearances after his 2000 move from Port Vale.

Bale's first season would turn out to be Gardner's last as he joined Everton and Hull on loan later that season, before joining the Tigers permanently the following summer.

Gardner went on to play for Crystal Palace and Sheffield Wednesday before retiring in 2014.

The former Spurs defender recently told Crystal Palace's website he's got into poker since hanging up his boots. 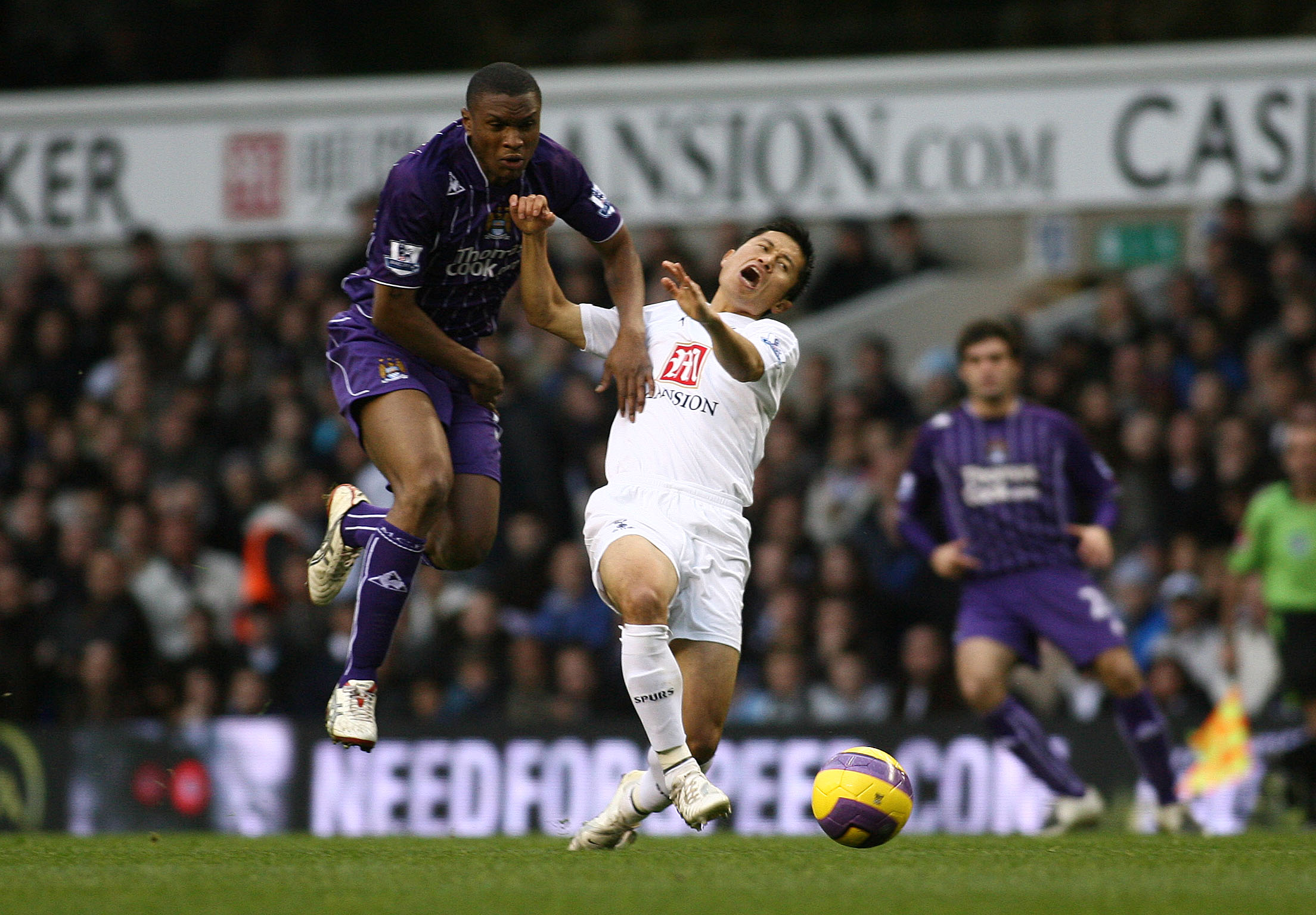 THE former full-back played 127 times for South Korea in his superb career, including a spell at Tottenham following his move from PSV Eindhoven.

After three years at White Hart Lane between 2005 and 2008, Lee played for Borussia Dortmund, Al-Hilal and Vancounver Whitecaps before calling it quits in 2013.

Lee has since appeared to have quit football altogether. 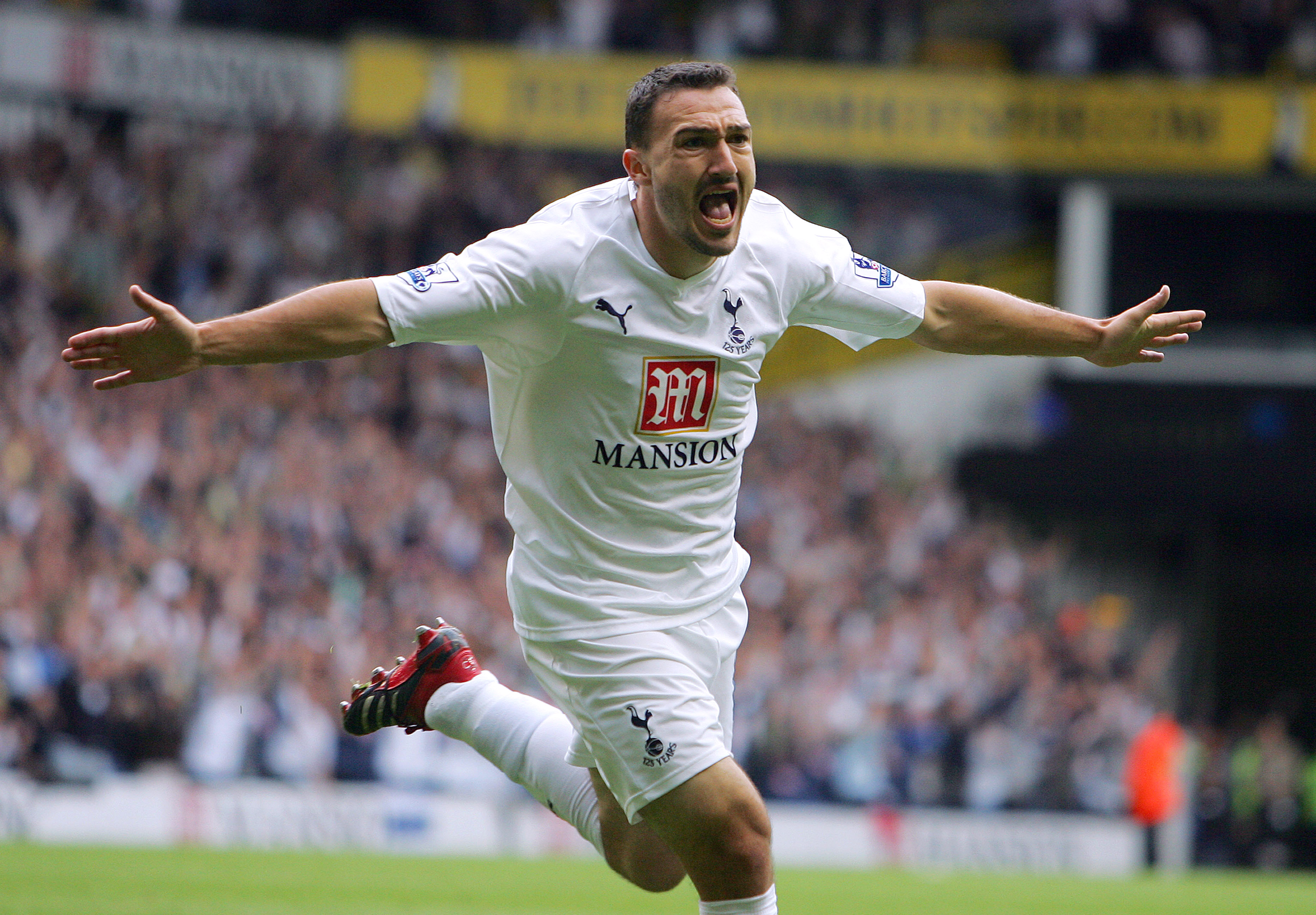 HAVING starred at Fulham for five years, Malbranque moved to Spurs in 2008, where he would spent just two seasons.

The Belgium-born ex-France Under-21s star moved on to Sunderland, Saint-Etienne, Lyon – also his first pro club – Caen and French fourth-tier side MDA Chasselay, before seemingly disappearing from the scene. 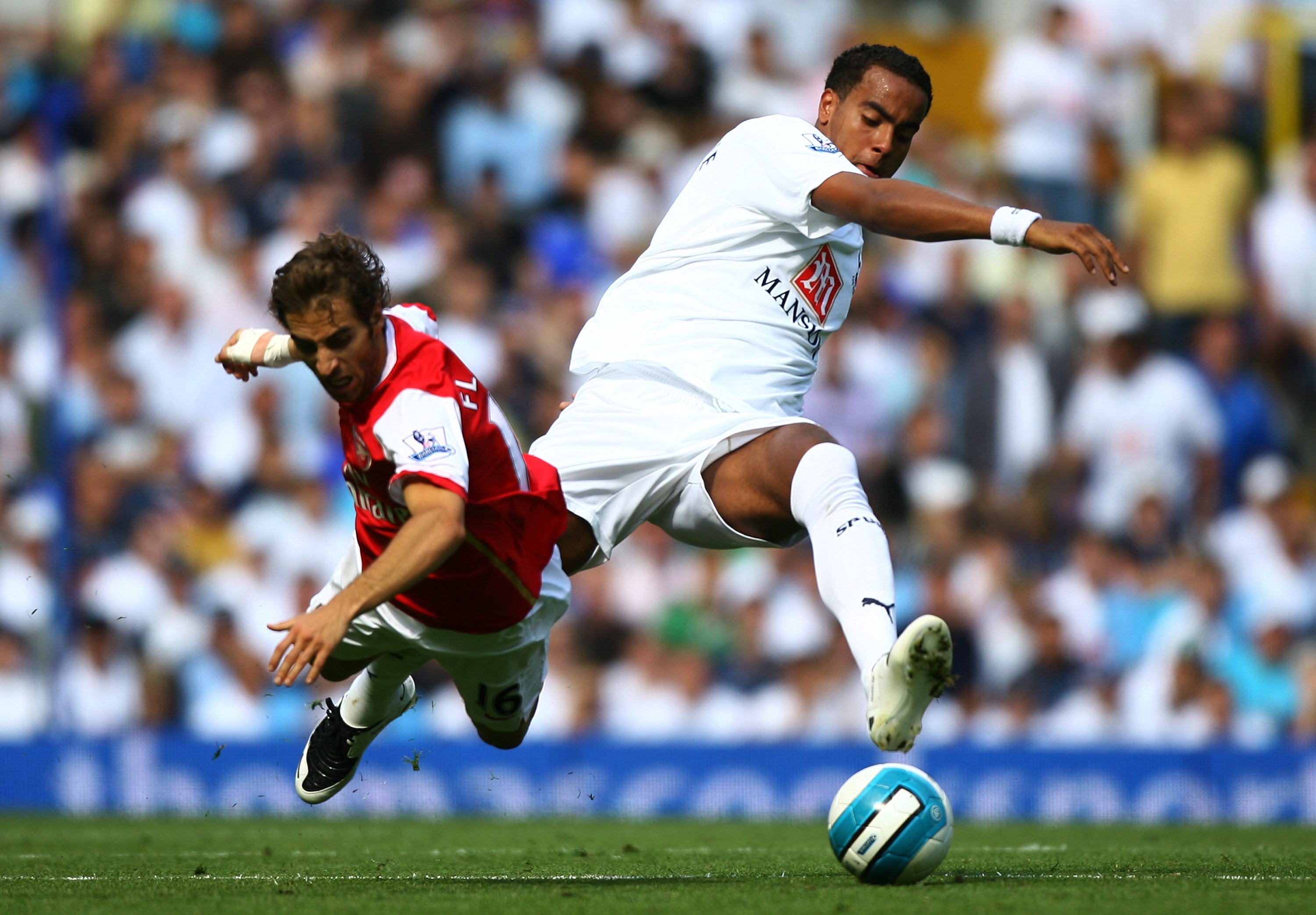 THE four-cap England star spent nearly a decade in the heart of Spurs midfield between 2005 and 2013.

Huddlestone later joined Hull – where he would spend four years – before enjoying three seasons at first club Derby, before he was released this summer.

The defensive midfielder is currently a free agent. 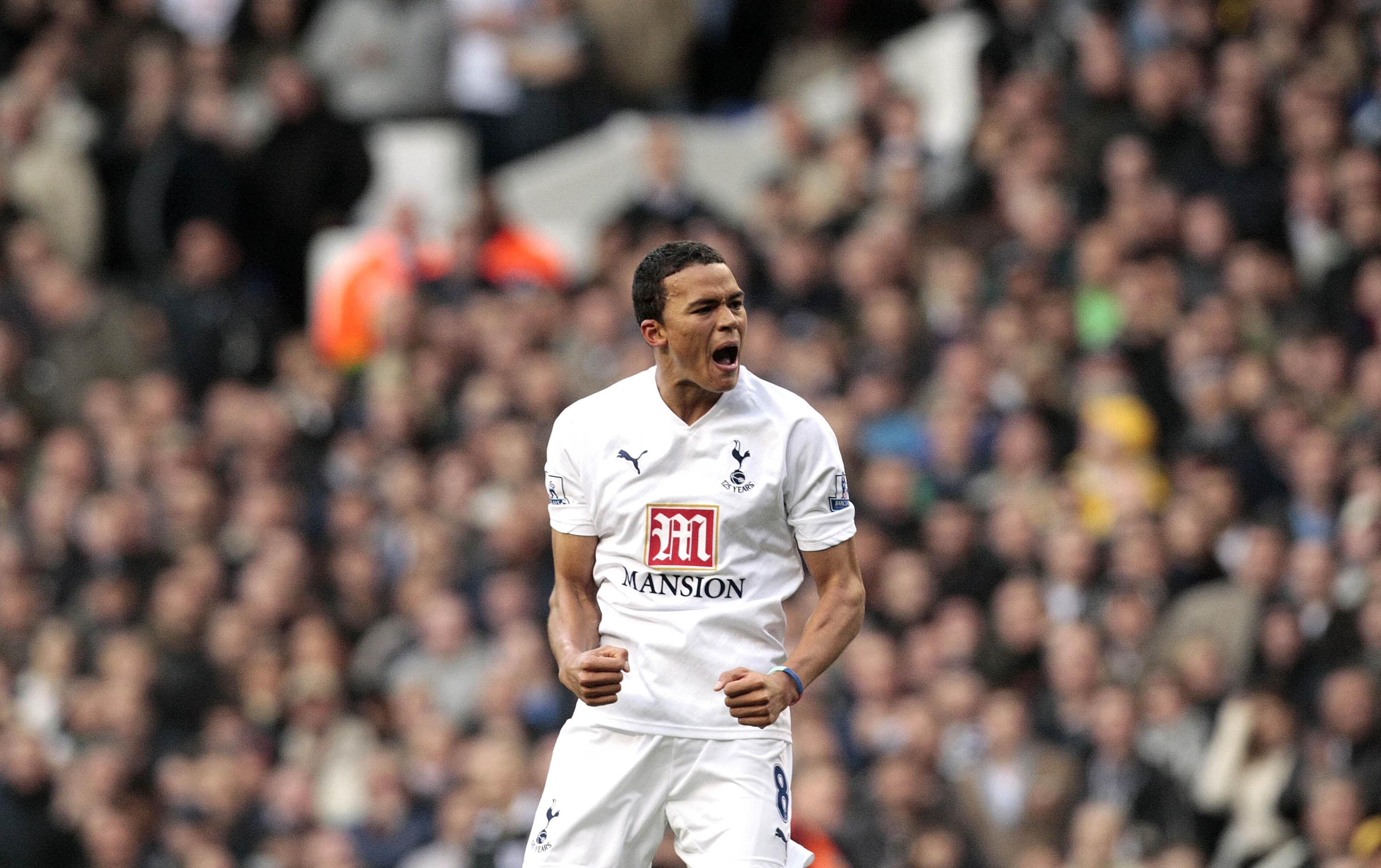 JENAS spent exactly the same amount of time at Spurs as Huddlestone – enjoying eight years in the team between 2005 and 2013.

Jenas has since covered football for ITV, BT Sport and BBC Sport, where he became Match of the Day's youngest-ever pundit. 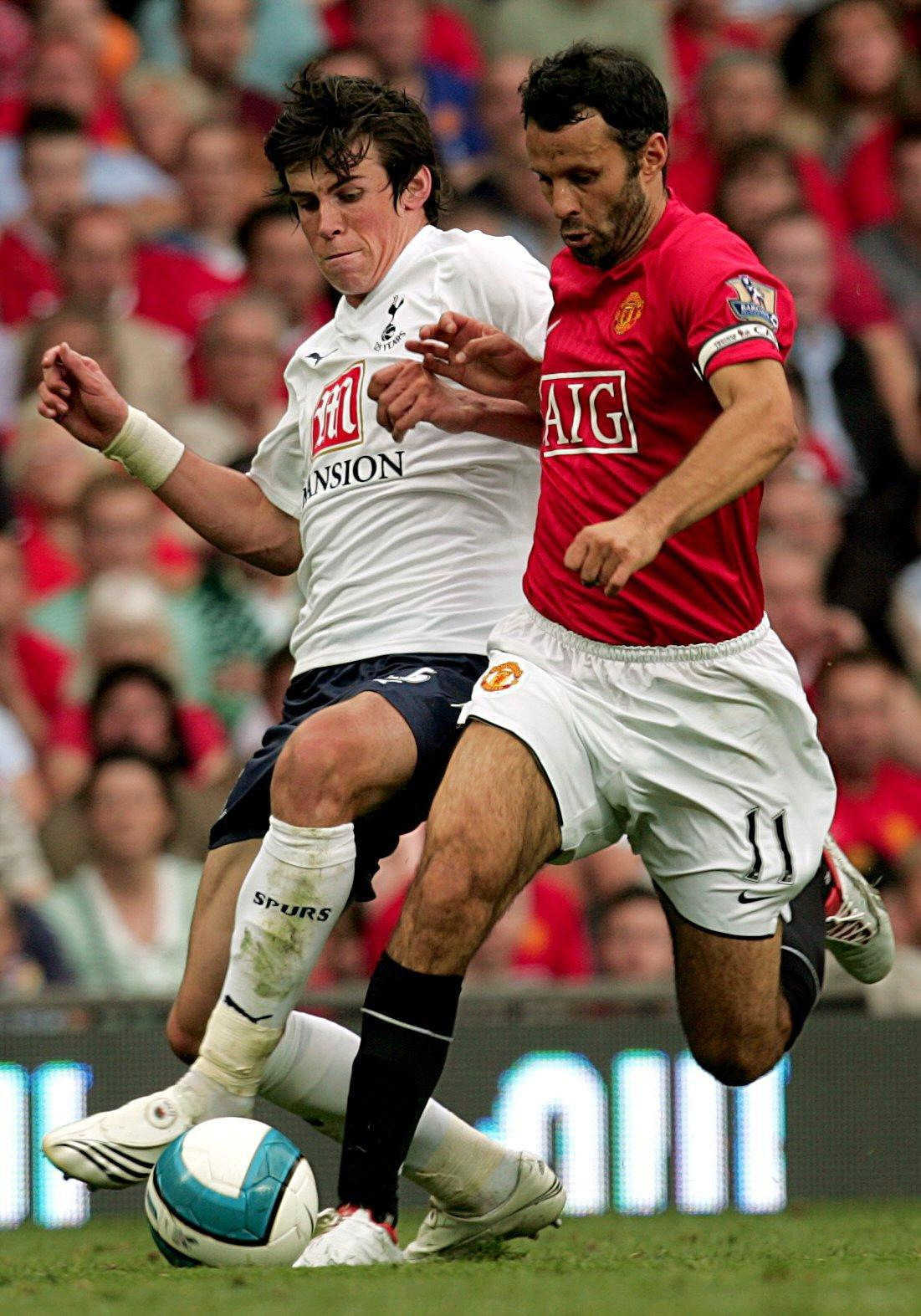 NOW over 13 years removed from his Tottenham debut, Bale appears to be on the way back.

Bale was often brilliant at Real Madrid, but more-recently forgotten – panned for his love of golf and Wales.

A fresh start at his former club could be just what the doctor ordered to get his career back on track before it's too late. 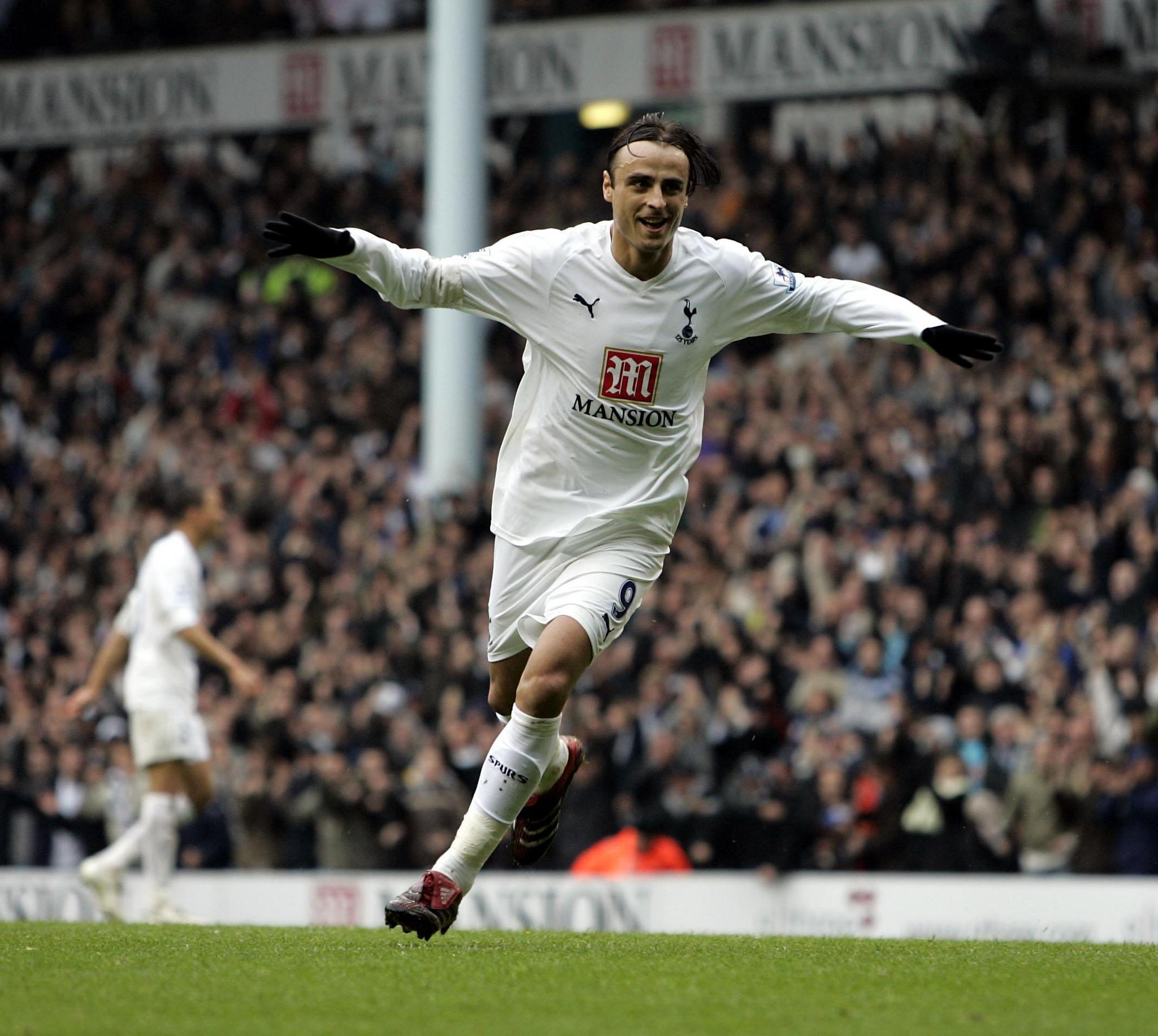 AFTER kicking off his career at CSKA Sofia and Bayer Leverkusen, Berbatov enjoyed two years at Spurs.

Often criticised for being "lazy" by armchair fans, the Bulgarian's eye for goal, intelligence and outrageous first touch attracted the attention of Man Utd.

Four years at Old Trafford was followed by stints at Fulham, Monaco, PAOK and Kerala Blasters.

He now works as a football pundit and speaker. 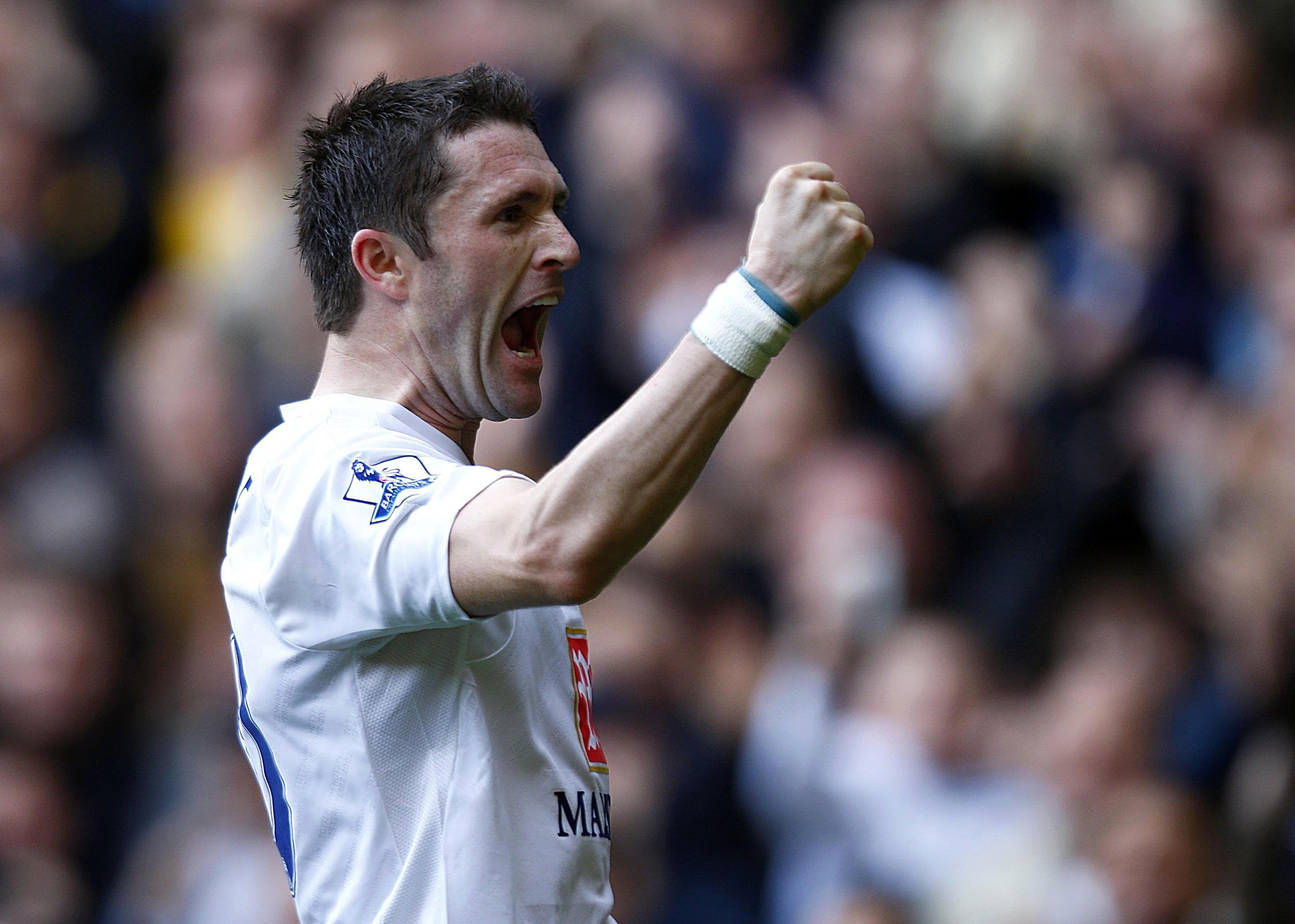 THE Ireland legend spent nine years at the club – with a forgettable season at Liverpool shoehorned in the middle – between 2002 and 2011.

The ex-Wolves ace spent five years at LA Galaxy before hanging up his boots after a season at ATK.

Keane has recently served as assistant manager to both the Republic of Ireland and Middlesbrough teams and is currently without a job.