Home » Lifestyle » Why Did Jennifer Lopez And Ben Affleck Break Up? What They’ve Shared About Their Split

Why Did Jennifer Lopez And Ben Affleck Break Up? What They’ve Shared About Their Split

Travel plans are filling schedules for everyone, celebs included, as the country reopens. Two unexpected travel companions, Jennifer Lopez and Ben Affleck, reportedly jetted off to Montana for a weeklong vacay at the posh Yellowstone Club. Yep, just the two of them, sources tell E!.

The maybe-not-exes are both recently single (J.Lo called off her engagement to A-Rod and Ben split from Ana de Armas) and have been spotted around Los Angeles together in recent weeks. So far, few confirmed details have yet to emerge about a potential Bennifer 2.0. It’s been nearly 17 years since J.Lo and Ben Affleck were an engaged couple dodging paparazzi, and a lot has happened in that time. They’ve each had multiple serious relationships, children, and hit career milestones separately.

Since it seems like the ex-fiancés are reconnecting lately, you might be wondering why J.Lo and Ben Affleck broke up all those years ago?

First, they delayed their Santa Barbara wedding with only days notice.

The big Bennifer bash was set for September 2003, but they did not walk down the aisle as planned. A few days before their Santa Barbara wedding, the two decided to delay the big day, per ABC, sending shockwaves through Hollywood.

“Due to the excessive media attention surrounding our wedding, we have decided to postpone the date,” the couple shared in a joint statement, per ABC. “When we found ourselves seriously contemplating hiring three separate ‘decoy brides’ at three different locations, we realized that something was awry.” 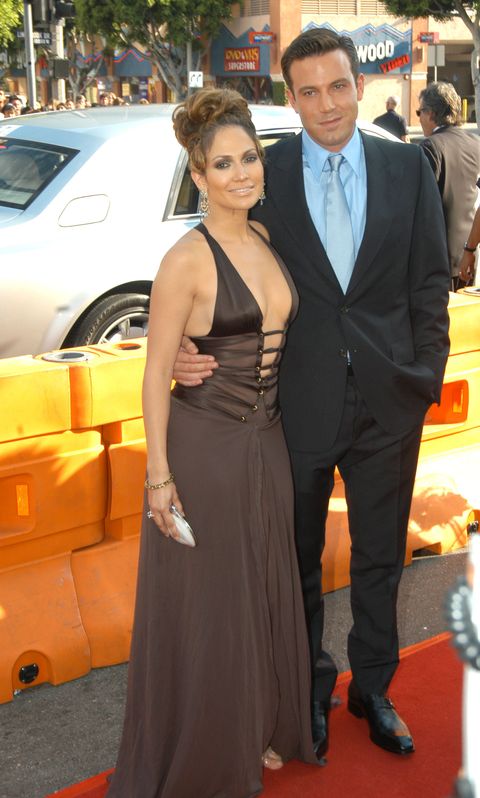 In January 2004, they called off their ‘ship for good.

Ben and J.Lo cancelled their wedding and parted ways as a couple after 18 months together. The cause of their breakup sparked rumors and remained a mystery for years afterward.

J.Lo’s rep released a statement at the time, per People: “Jennifer Lopez has ended her engagement to Ben Affleck. At this difficult time, we ask that you respect her privacy.”

Meanwhile, Ben’s rep added: “I am not going to confirm anything about his personal life. We don’t want to get dragged into quicksand. Everybody wants a war. It’s not happening from our side.”

Ben and J.Lo started talking about their split in 2008.

Ben was the first to share details, hinting at the cause of their breakup in an interview on the British TV show Live in 2008. “I think Jen and I made a mistake in that we fell in love, we were excited and maybe too accessible,” he explained. “I don’t think either of us anticipated the degree to which it would take on a world of its own.”

In 2016, J.Lo shared her thoughts with The Jess Cagle Interview. “We didn’t try to have a public relationship,” she said. “We just happened to be together at the birth of the tabloids, and it was like, ‘Oh my God.’ It was just a lot of pressure… I think different time different thing, who knows what could’ve happened, but there was a genuine love there.”