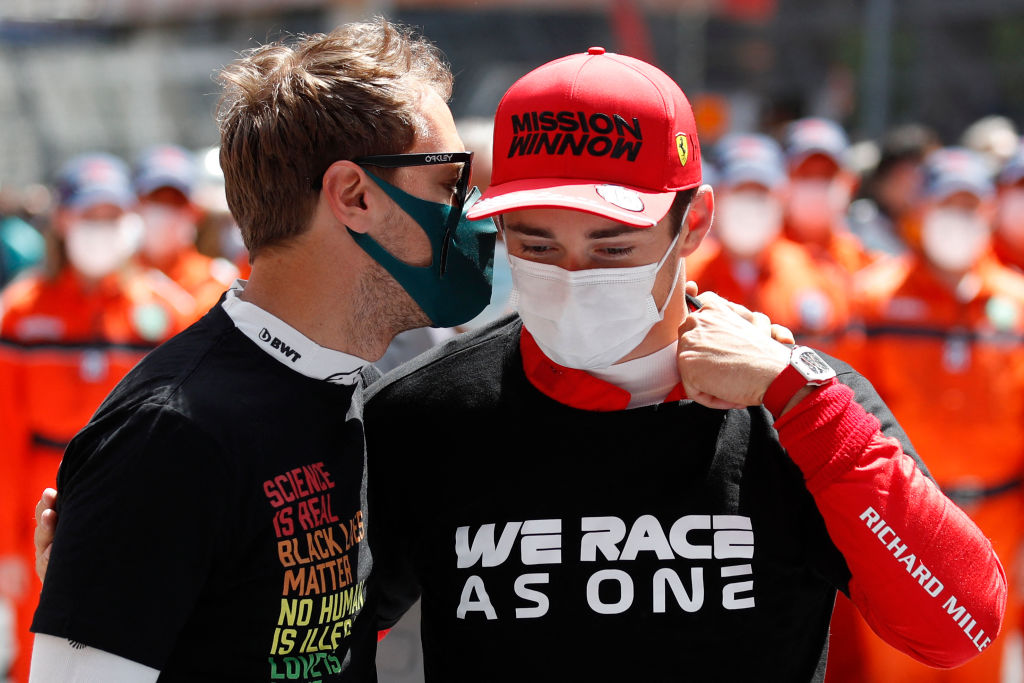 Charles Leclerc was ruled out of the Monaco Grand Prix after Ferrari’s gamble not to replace his gearbox spectacularly backfired.

Leclerc became the first Monegasque to secure pole position in the principality since Louis Chiron 85 years ago, but his 110mph crash with just 16 seconds of qualifying remaining derailed his chances.

Following hours of examination, Ferrari believed that Leclerc’s gearbox was not damaged in his shunt and elected against taking on new parts to avoid a five-place grid penalty.

But Leclerc hit trouble on his way to the grid before parking up in his Ferrari garage in the moments before Sunday’s race.

‘We have an issue and we will not make it to the grid,’ a member of the Ferrari team confirmed to FIA director Michael Masi.

A Ferrari spokesperson said: ‘Charles will not start the race due to an issue with the left driveshaft which is impossible to fix in time for the start of the race.’

Red Bull’s Max Verstappen will start from the front ahead of Mercedes’ Valtteri Bottas with Lewis Hamilton promoted to sixth.

Leclerc crashed in qualifying after his front-right tyre brushed the Armco on the entry to the swimming pool chicane, destabilising his Ferrari and sending him over the kerb and into the barrier on the opposing side of the track.

A Ferrari statement two hours before the race read: ‘Following further in-depth checks this morning, no apparent defects were found on Charles Leclerc’s gearbox, therefore the Monegasque driver will start today’s race from pole position, as per the qualifying result.’