Samsung’s popular Galaxy Watch range is a solid choice for anyone who wants a tech timepiece strapped to their wrists to answer calls, track calories burned, check their heart-rate and get the latest headlines direct to their wrist. If you’ve been eyeing up the latest model for some time, now is a good time to invest in one – that’s because a number of stores have slashed the price. For example, Currys is currently selling the 46mm Galaxy Watch in silver for £229 – that’s a saving of £50 off the original price • SEE THE DEAL HERE

As well as the generous discount, there’s also two years of interest-free credit which allows fans to spread the cost of this wearable. If that offers sounds like something you’d be interested in then there’s not long left to grab the discount from Currys with the sale ending today, May 11.

John Lewis has also discounted the Galaxy Watch with prices starting from £229. It offers shoppers the ability the spread the cost over four months and Argos also offers a “buy now and pay later” scheme.

As a quick reminder, the Galaxy Watch features up to seven days of battery life, built-in GPS, fitness tracking and easy access to all of your notifications.

There’s also a circular sAMOLED screen and health features such as sleep tracking and heart monitoring. 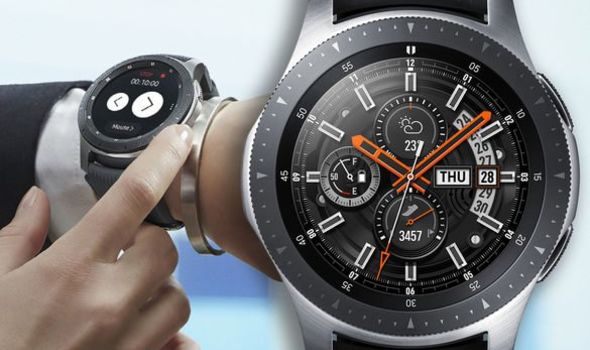 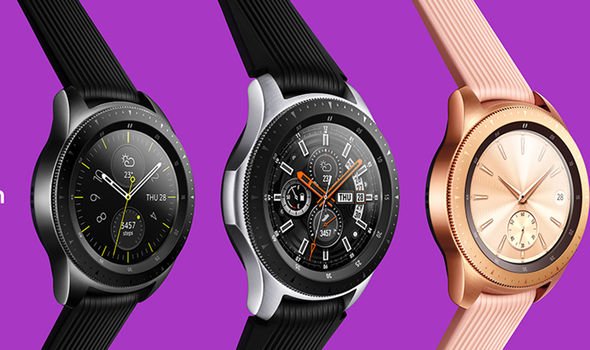 So, with all those features and a new lower price there’s plenty of reasons to invest in a Galaxy Watch …but if you’re the sort of tech enthusiast who always wants the latest and greatest gadget strapped to their wrist, now is a terrible time to buy one.

A number of reports suggest Samsung is planning to refresh its wearables. To add fuel to the speculation, new Galaxy Watch model numbers have recently been certified by the Ministry of Industry and Information Technology in China.

The listing, which included the model numbers SM-R840 and SM-R850, was spotted by MySmartPrice and could confirm that an update is on its way. This would make some sense as the Galaxy Watch has seen a major refresh in almost two years.

Although nothing has yet been confirmed, so you’d still be buying the latest model in the current sales and promotions, it’s thought the next generation of Galaxy Watch devices will include a faster processor, more storage and extra health benefits. The Korean firm recently announced that it is bringing blood pressure monitoring to all of its wearable devices in the future.

Incredibly, Samsung has managed to bring this vital tracking system without any tweaks to the hardware.

“The Samsung Health Monitor app has the potential to help millions of people around the world who are affected by high blood pressure,” said Taejong Jay Yang, Corporate SVP and Head of Health Team, Mobile Communications Business at Samsung in a statement. “This is one of many examples of how Samsung is integrating its best-in-class hardware with the latest software innovations to innovate mobile experiences.”

This article contains affiliate links, which means we may receive a commission on any sales of products or services we write about. This article was written completely independently, see more details here