Home » Lifestyle » Will Tayshia’s Ex, Josh Bourelle, Be On ‘The Bachelorette’? This Theory Is A Lot

Will Tayshia’s Ex, Josh Bourelle, Be On ‘The Bachelorette’? This Theory Is A Lot

Tayshia’s season of The Bachelorette is now underway, and she spent her first episode getting to know the now 19 guys vying for her heart. But, some people in Bachelor Nation believe there could be one more surprise guy making his way onto Tayshia’s season. There’s a wild fan theory that Tayshia’s ex, Josh Bourelle, will be on The Bachelorette, which would make this definitively the *most* dramatic season ever.

Bachelor franchise fans are known for some impeccable detective work when it comes to digging into season spoilers, and one eagle-eyed viewer is on the case for Tayshia’s season. TikTok user bigmoodbayley posted a TikTok pointing out that Josh’s name appears in the closed captioning of a promo for Tayshia’s season. In a trailer that was released on Tuesday, a man’s voice can be heard saying, "It’s only a matter of time before she realizes the truth." The closed captioning has been removed from the video, but when it was there, the line was attributed to Josh Bourelle.

Tayshia has been open about her divorce since her first appearance in Colton Underwood’s season of The Bachelor. She and Josh were together for six years before they got married in February 2016. They got divorced a little over a year later in October 2017. 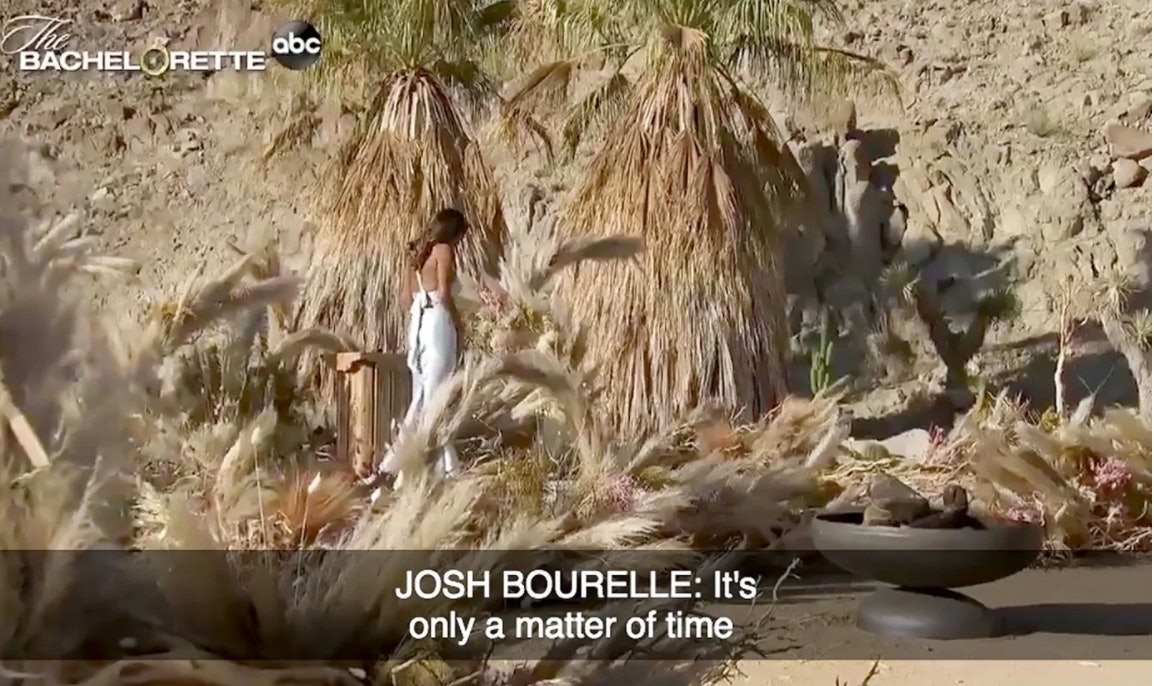 Tayshia recently opened up even more about her divorce during her one-on-one date with Brendan Morais, who is also divorced. She told Brendan, "I married a guy that I met in college. I also had lost myself in my marriage, like my identity was him. But unfortunately, it was infidelity and other issues — not on my part — and then we got divorced and I, too, felt like I failed."

Tayshia and Brendan bonded over their shared experiences with divorce. She told him, "I don’t want [my divorce] to define me because it doesn’t define me. It’s just something that I grew from and I learned from.” Tayshia seems ready to move on from her previous marriage and connect with someone new. But, if this fan theory prove correct, then Tayshia might not be able to fully move on from Josh just yet.