Woman cleans her fruit and vegetables with vinegar in the dishwasher

A homeowner has stunned the internet after she cleaned her fruit and vegetables in the dishwasher using vinegar instead of washing detergent.

The woman, who goes by Smile Lop on TikTok, said before she eats any of her fresh produce, she runs it through a cycle on the dishwasher with some vinegar in the detergent compartment. 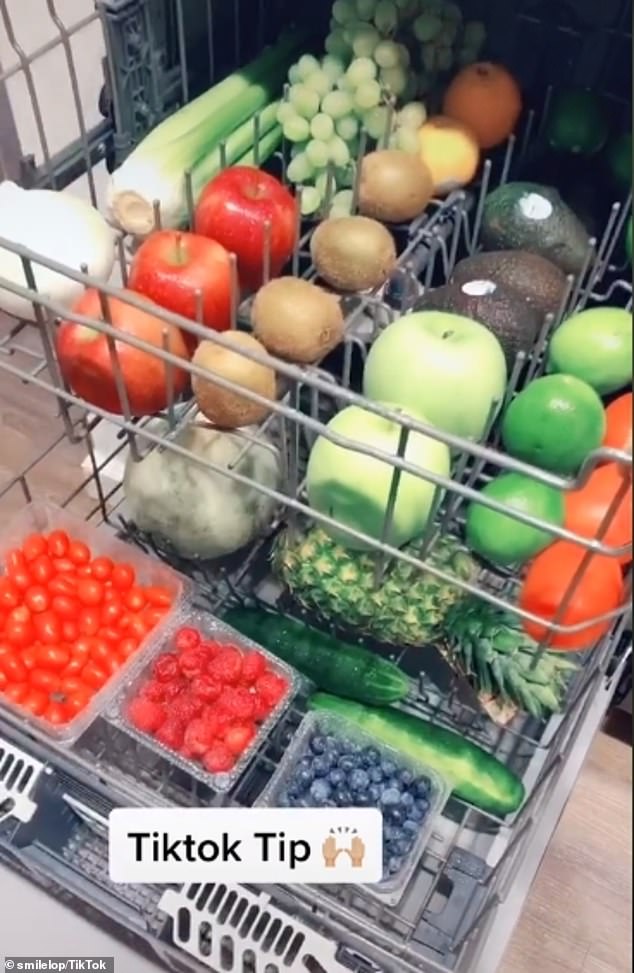 The woman added a cap full of vinegar to her machine, before setting it off and getting all of the food out at the end of the cycle.

While many were impressed at the woman’s dedication to cleaning her fruit and vegetables and said it was ‘amazing’, not everyone was on board with the idea.

‘The berries would be everywhere,’ one person posted.

‘Everything would get bruised from the jets,’ another added.

A third posted: ‘I don’t know, seems a lot of bacteria’ – to which another replied ‘definitely less than rinsing them for 20 seconds’. 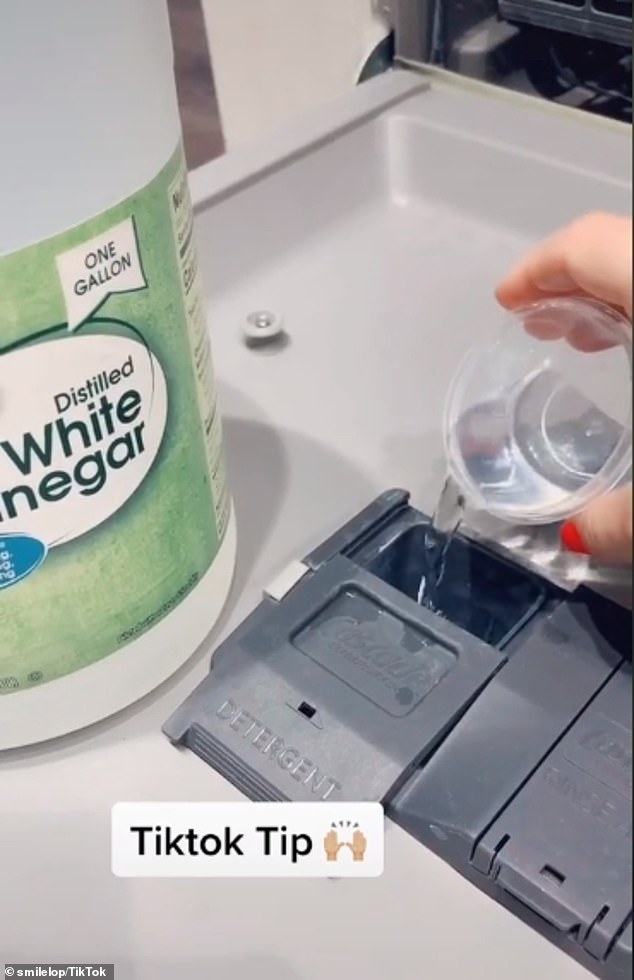 The woman added a cap full of vinegar (pictured) to her machine, before setting it off and getting all of the food out at the end of the cycle

While it is not recommended that you wash your fruit and vegetables in the dishwasher, previously associate professor at the University of Sydney, Timothy Newsome, told FEMAIL that you should be washing them with soap – especially during times such as COVID-19.

When it comes to washing your fruit and veg, Cathy Moir, of CSIRO Agriculture and Food, said she generally recommends a ‘good rinse’.

‘Some people can go to extremes, but I tend to take a more practical approach and recommend a good rinse,’ she told the ABC.

She said heating or cooking also kills microorganisms, so if you intend on heating your fruit and vegetables to 75 degrees Celsius, or to a ‘piping hot temperature level, then there is no need to rinse first.

‘When you rinse your food, what you are doing is reducing the dose [of certain pathogens] and therefore reducing the risk of becoming ill,’ she said.

You should also be equally careful with organic produce, as this can harbour pathogens too. 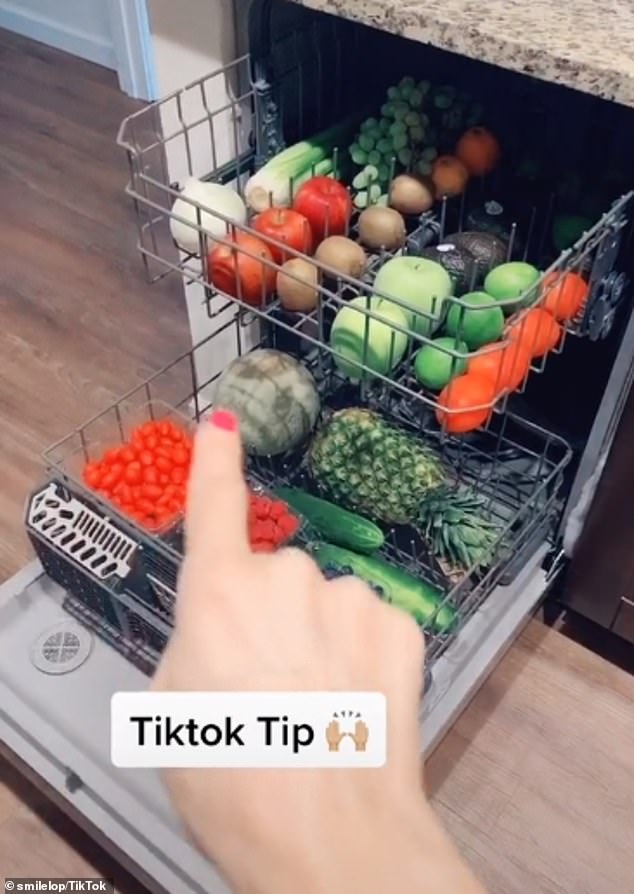 When it comes to washing your fruit and veg, Cathy Moir, of CSIRO Agriculture and Food, said she generally recommends a ‘good rinse’ (pictured: the dishwasher)

This isn’t the first TikTok cleaning trend that has taken off in recent months.

Previously, an Australian mum revealed her simple trick to clean her microwave from dirt, grime and old food – and it will only take you four minutes.

All you need is one cup of water and one teaspoon of washing detergent.

Then mix them together inside a jug and put it inside the microwave for four minutes.

Once you take the jug out of your microwave, you should simply wipe down the inside and door with a clean cloth.

This should leave your microwave clean without any chemicals.