Woman is horrified to find note from a snobby neighbour asking her to move her £12,000 Skoda because it ‘makes the street look like Beirut’

A woman has revealed her fury after finding a note from a snobby neighbour on the windscreen of her £12,000 Skoda suggesting it ‘makes the street look like Beiruit.’

Julia Laursen, 56, from Shanklin, Isle of Wight, said she was stunned to discover the note attached to her car and shared a snap of it to Facebook earlier this week.

The note, which had been signed off ‘the Littlestairs Road Management’, asked her to move the vehicle because she was ‘bringing down the neighbourhood’.

It read: ‘We don’t drive such vehicles so perhaps you could in future park it somewhere more appropriate. Like the dump! Thanks.’ 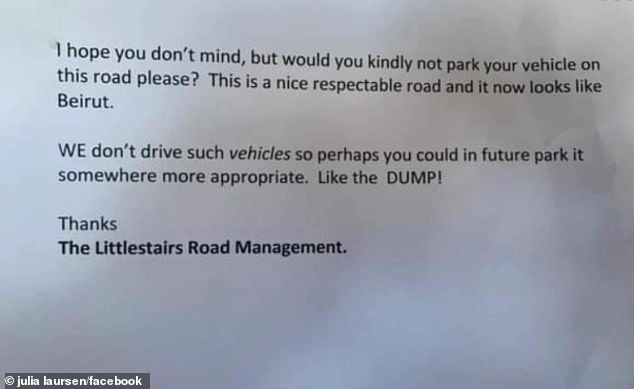 Julia Laursen, 56, from Isle of Shanklin, Isle of Wight, has revealed her fury after finding a note from a snobby neighbour on the windscreen of her car

The Feng Shui coach was left horrified by the letter and hit back at the homeowners living in her posh, beachside street.

It began: ‘I hope you don’t mind, but would you kindly not park your vehicle on this road please? This is a nice respectable road and it now looks like Beirut.’

Posting on Facebook, she wrote: ‘What the f**k! Because my car isn’t a show off Range Rover or some other 4×4 for popping the kids to and from school.

‘Call all my island friends with slightly rougher, but much loved looking vehicles. 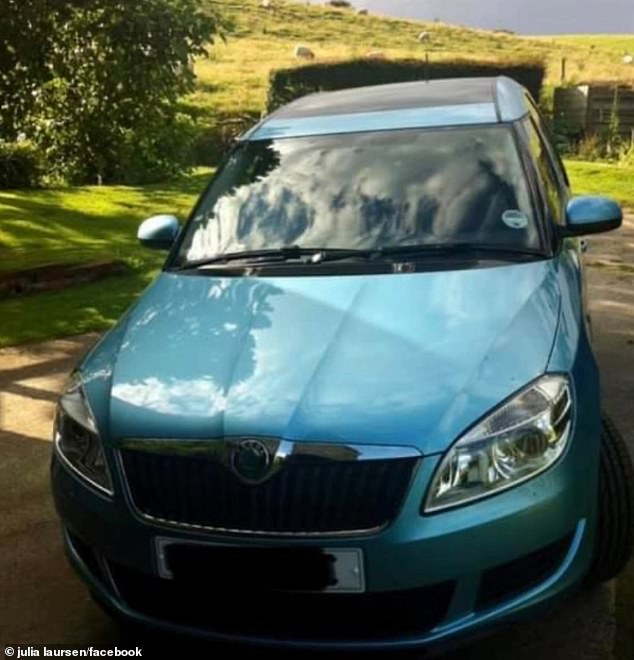 The snobby note suggested Julia’s £12,000 Skoda car did not belong in the neighbourhood and instead should be ‘in a dump’

‘Pop over to Littlestairs Road in Shanklin and give these t*****s a taste of what Beirut might look like.’

Her post quickly went viral, with hundreds of people throwing their support behind her.

One person commented: ‘Wow, just wow,’ while another added: ‘Is that for real?’

Meanwhile a third person said: ‘I think you should keep parking there, install a dash cam to see who keeps coming to put a note. 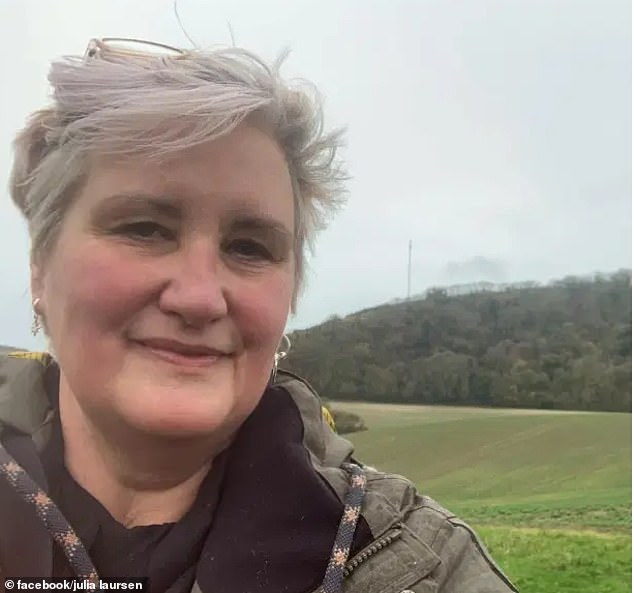 The Feng Shui coach was left horrified by the letter and hit back at the homeowners living in her posh, beachside street

‘Alternatively, can the residents maybe pay for new ‘worthy’ car for you instead?’

‘This has made my day Julia,’ another person wrote, ‘It is extremely funny but so sad to see the sort of privilege the people that wrote this came from.’