Inspired by the new documentary about her life, a look at Tina Turner’s fashion impact.

1985: 5
This is one of the legendary outfits that she wore and became very much a Tina Turner signature. The red sequined minidress with plunging neckline was as rock ‘n’ roll as she is. This is timeless: you could see this dress walking down the runway this fall season. 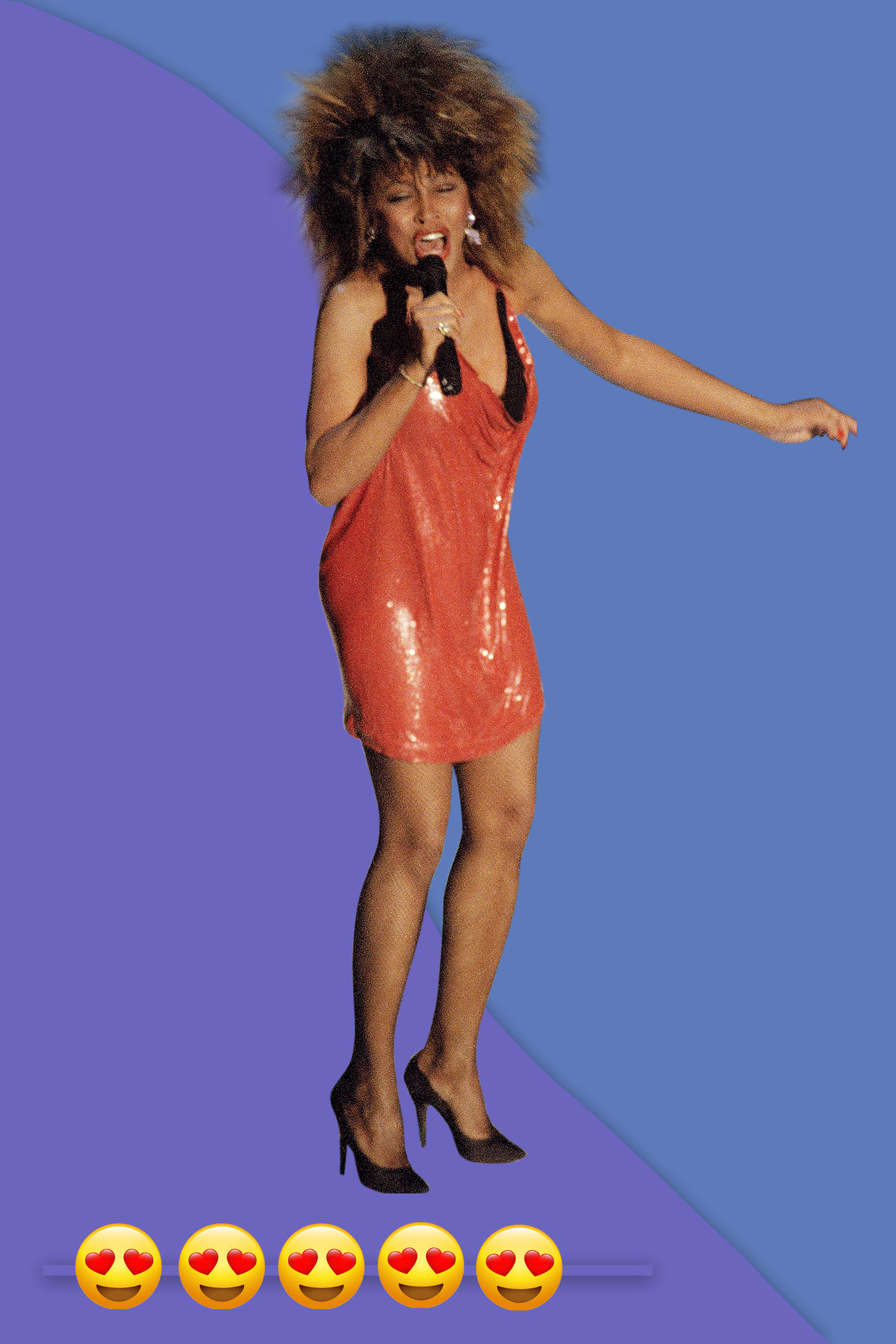 Super Bowl black leather: 5
Imagine performing at the Super Bowl, in a leather jumpsuit with fringe bell bottoms, in your sixties at that — and bringing down the house. This look is fit for a rock ‘n’ roll queen, and looks iconic on her. 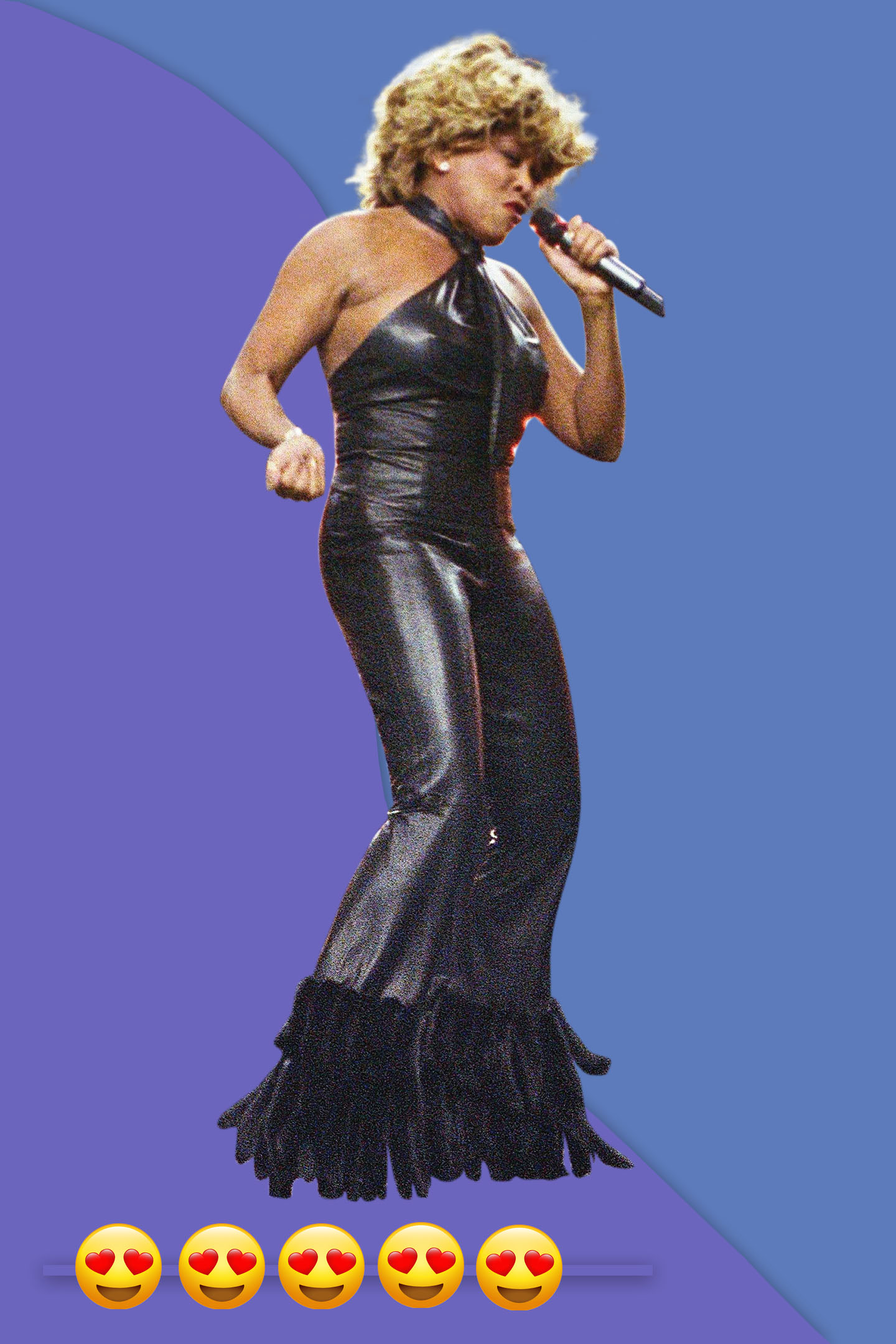 Tina Turner sings as part of the halftime show at Super Bowl XXXVI, 2000 in Atlanta. Paul Spinelli via AP

Leopard coat: 4
Seventies fashion diva look? Yes, please. The leopard coat, belted shirtdress and high knee boot, paired with the oversize newsboy hat results in the perfect snapshot of that era. This is both very glamorous and effortless. 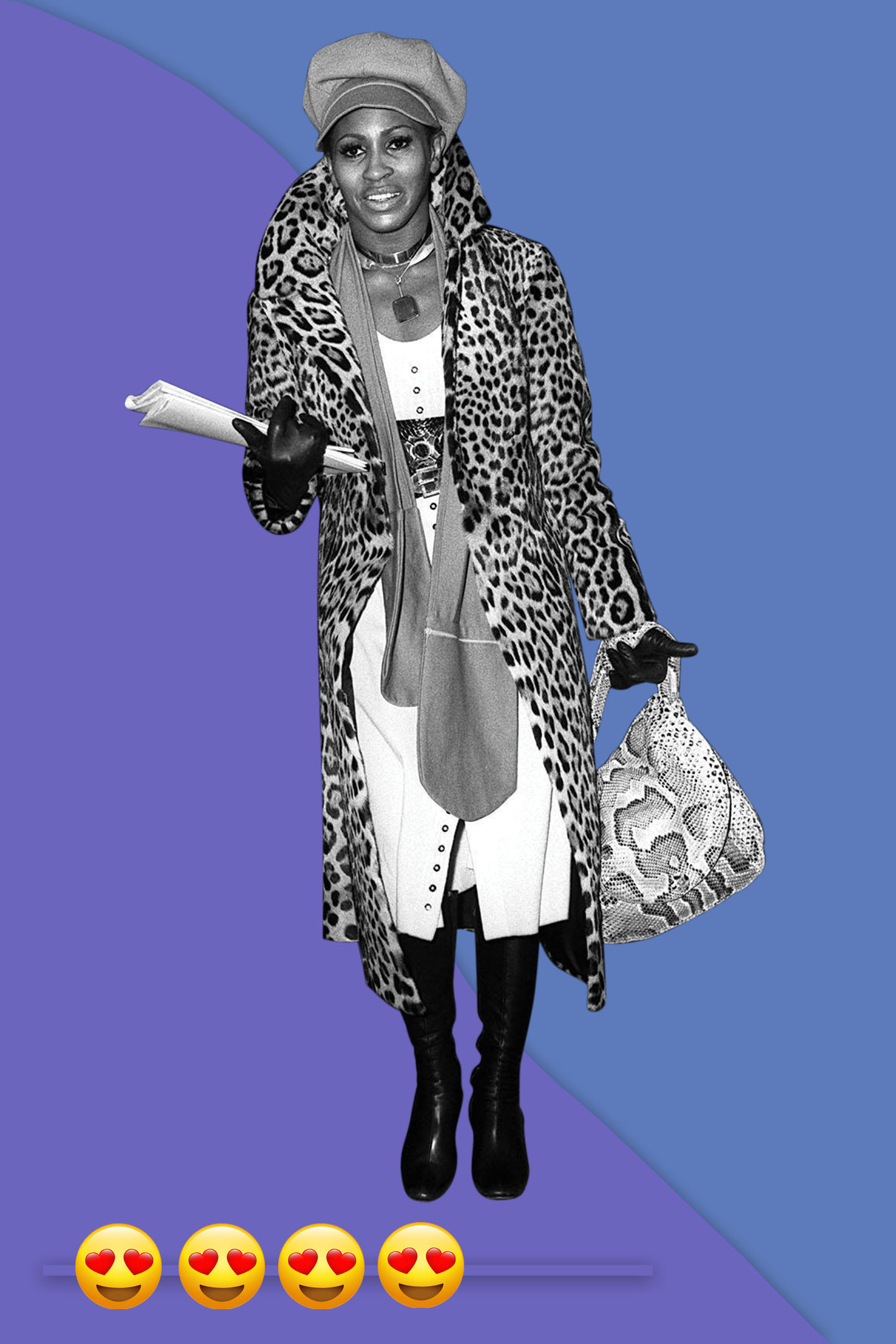 Denim jacket look: 5
The ultimate comeback outfit. The black leather dress and denim jacket with black stilettos, first seen in the “What’s Love Got to Do With It” video, became one of the fashion landmarks of the era. The hairstyle became a trademark of who she is. 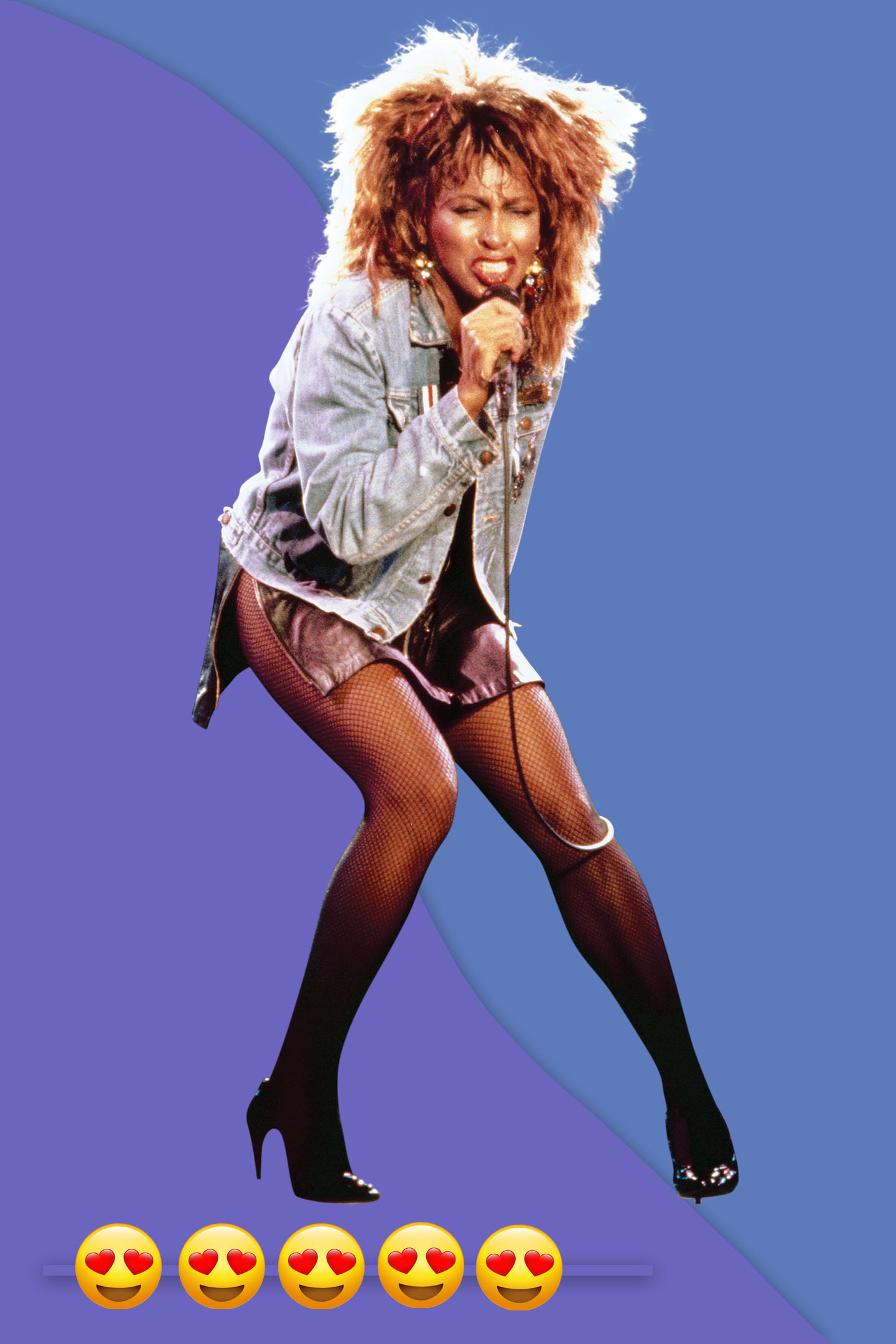 Leather bustier: 4
When looking at this leather bustier and red miniskirt, you understand the influence that Tina Turner has had on many performers after her. This has the perfect balance of megastar with fashion messaging. This is our ideal post-lockdown outfit. 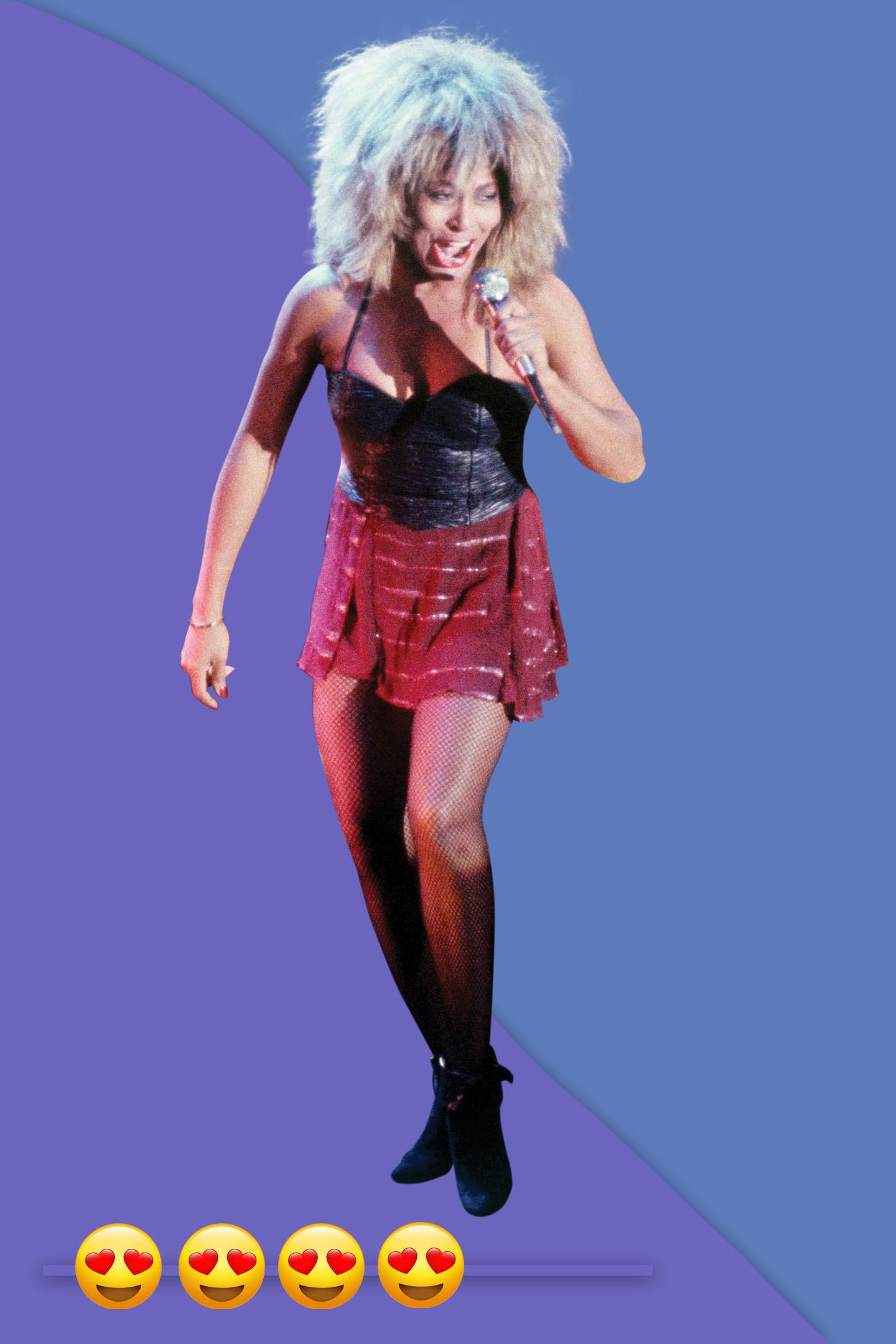 Tina Turner at a performance in the 250th broadcast of the WWF Club in Cologne. Hermann Wöstmann/picture-alliance/dpa/AP Images

Grammys: 5
At the 1985 Grammys, Turner cleaned up — and dressed to match her big night. The sequined mullet dress with shoulder pads and long sleeves has all the right ’80s ingredients. The creative uneven hem mimics the appearance of a firework — perfect for her. 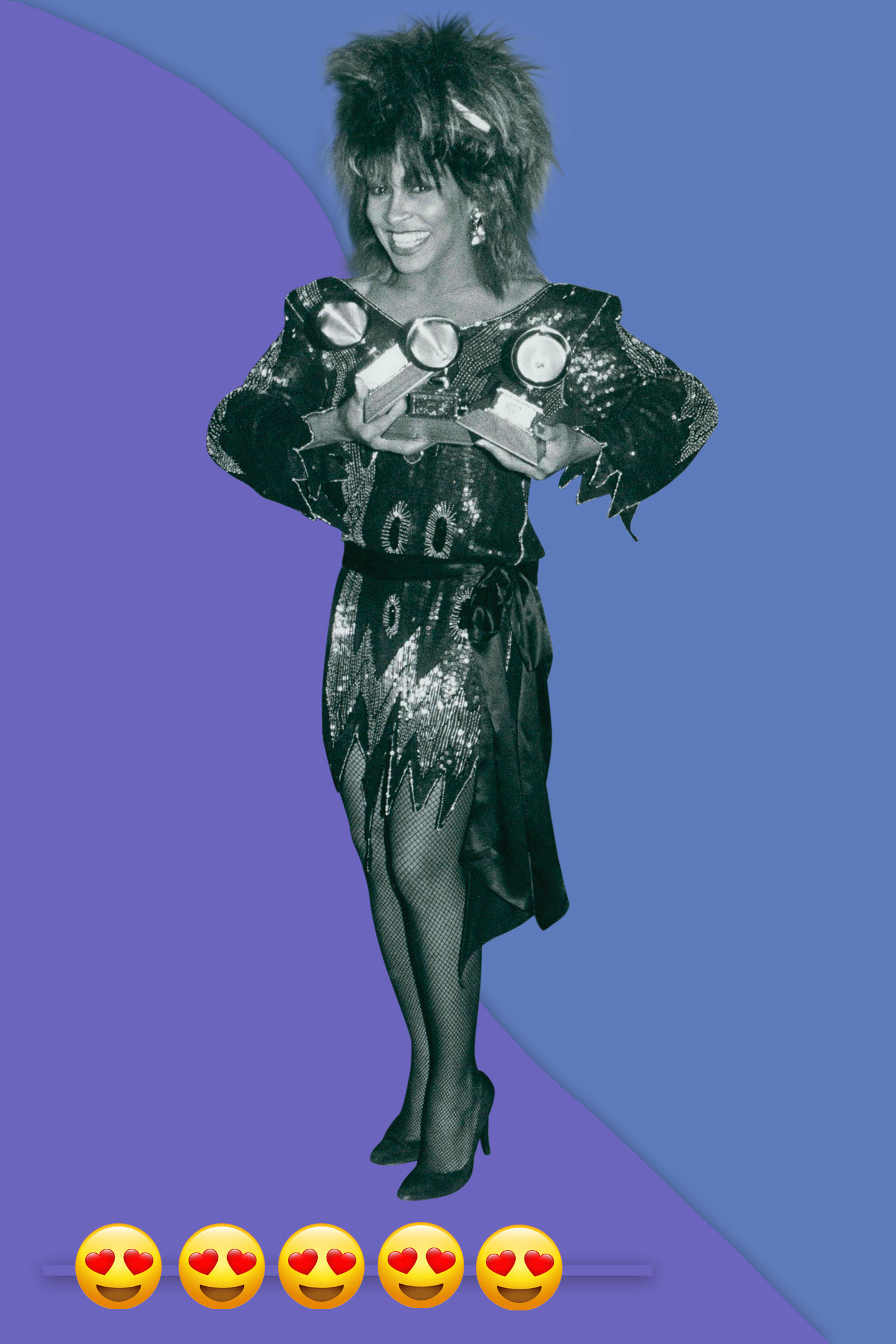 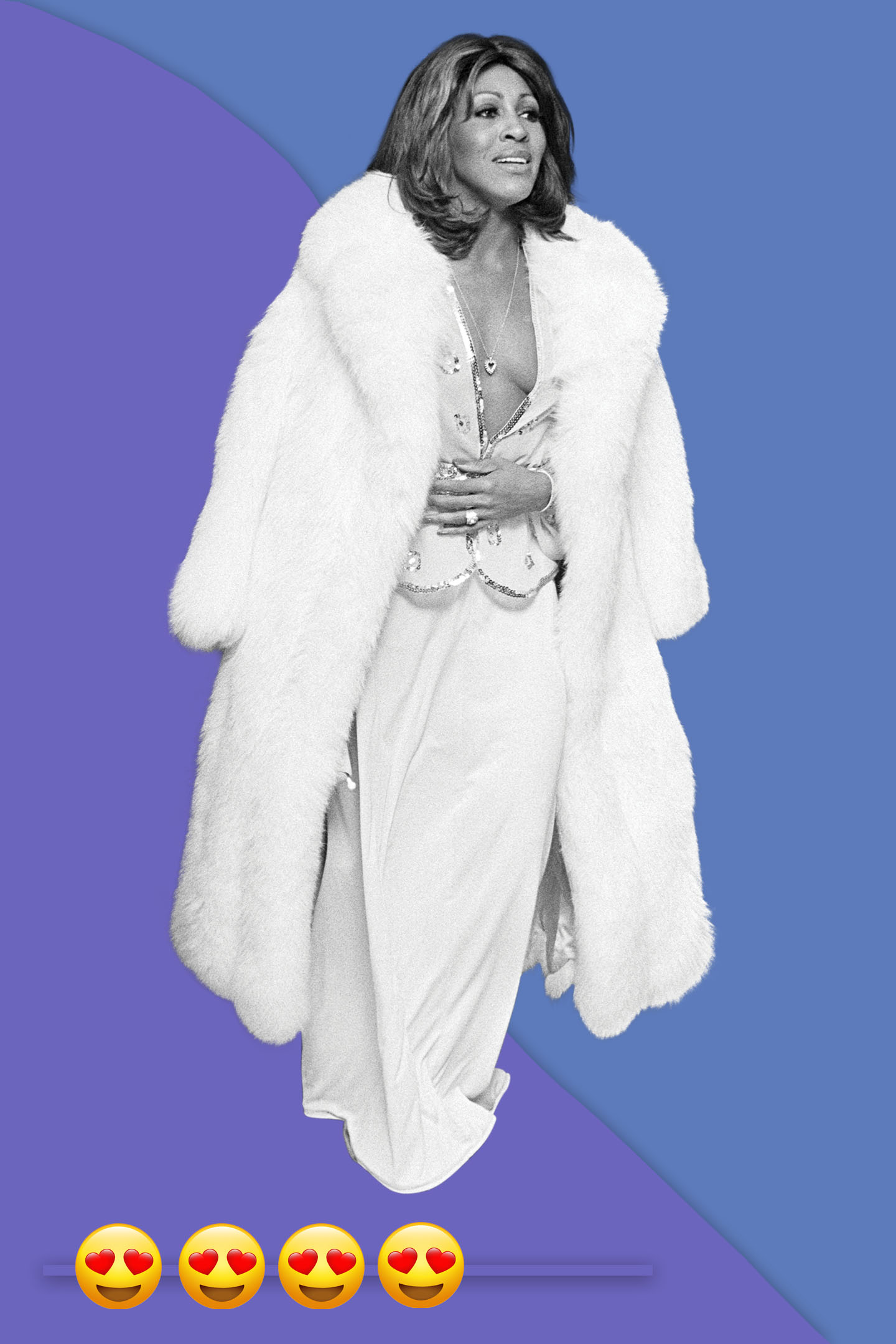 White fringe dress: 4
From the beginning of her career, Turner has used fringe in many of her fashion choices not only as embellishment, but as a way of accentuating her amazing dance moves. This white sleeveless shorter fringe dress does the trick but also looks fashion right and fun. 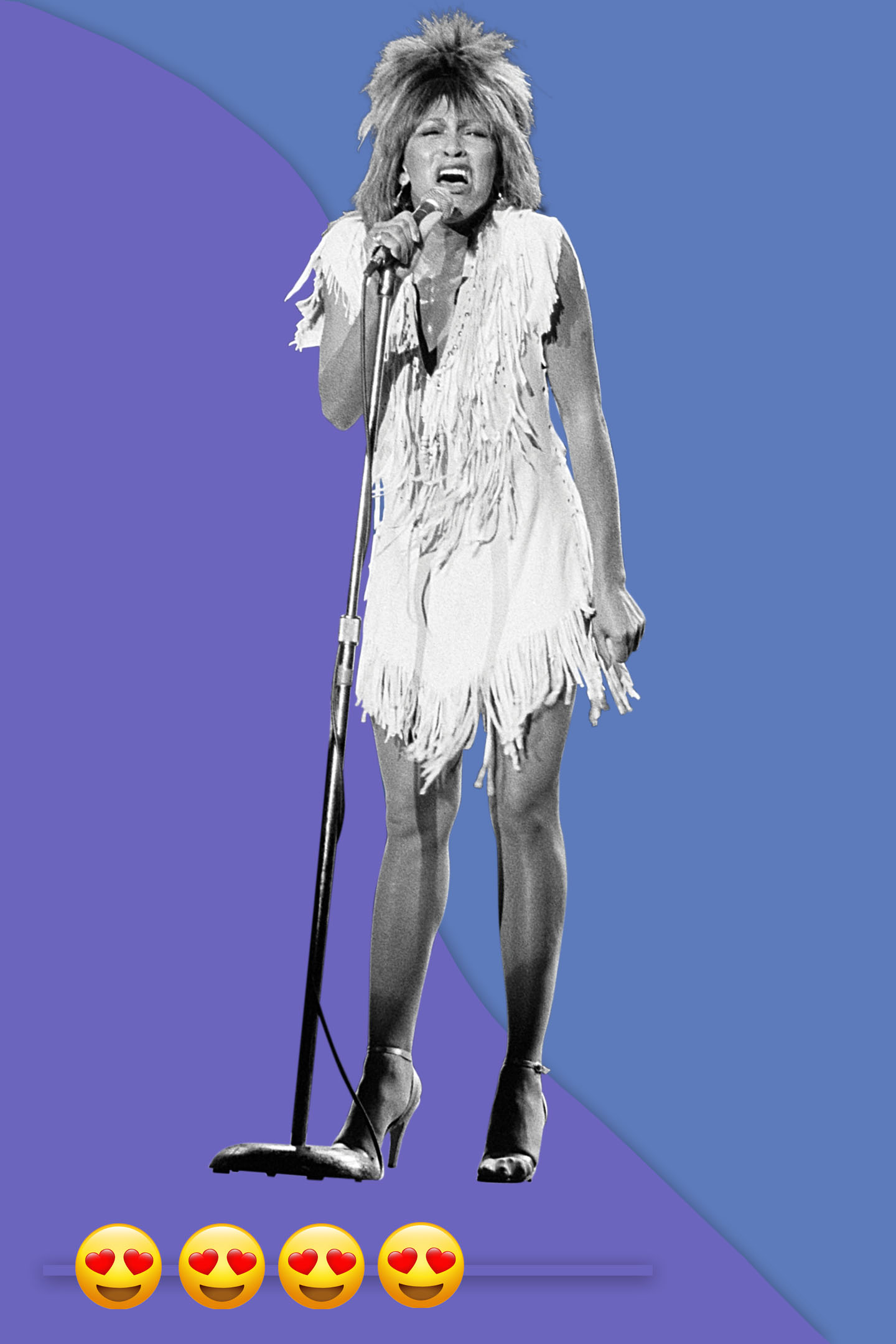